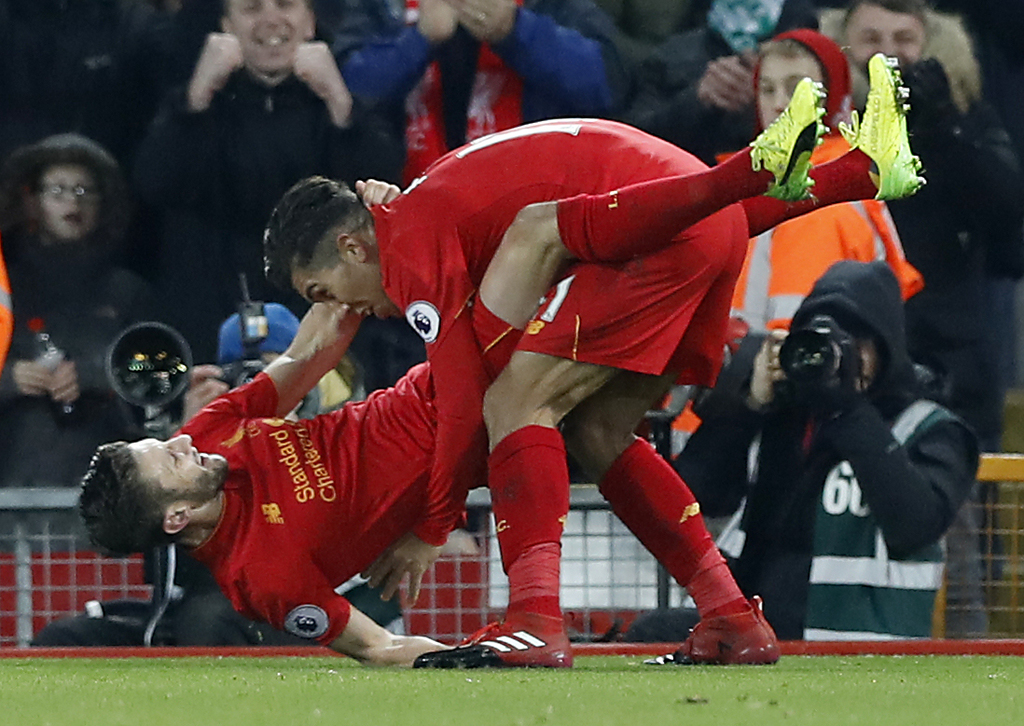 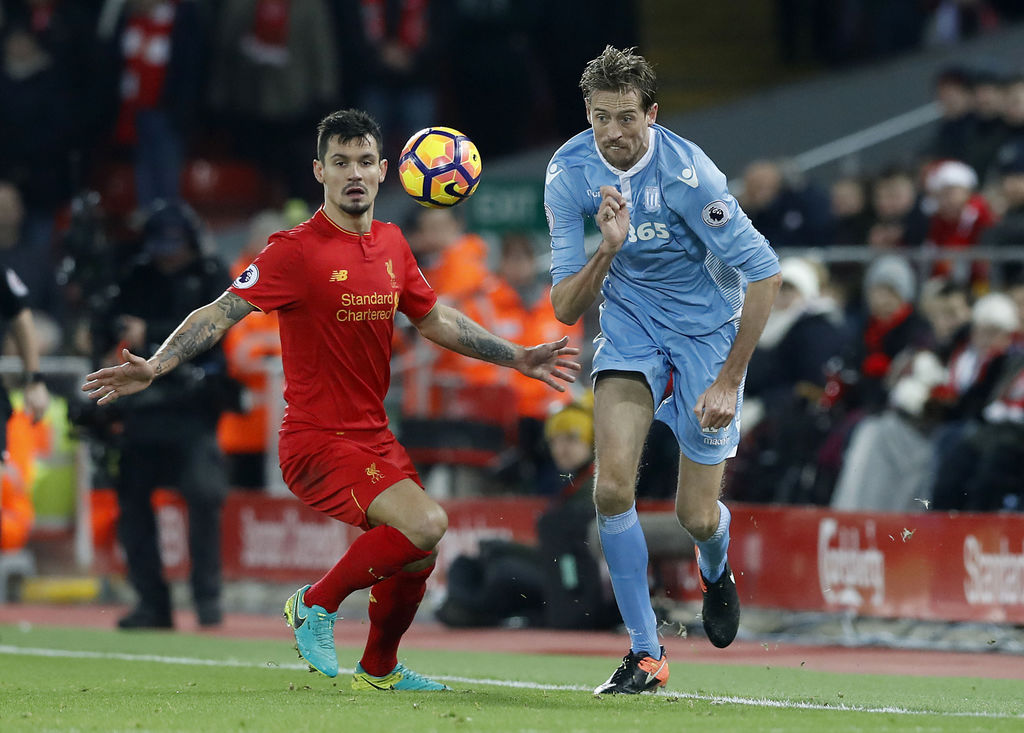 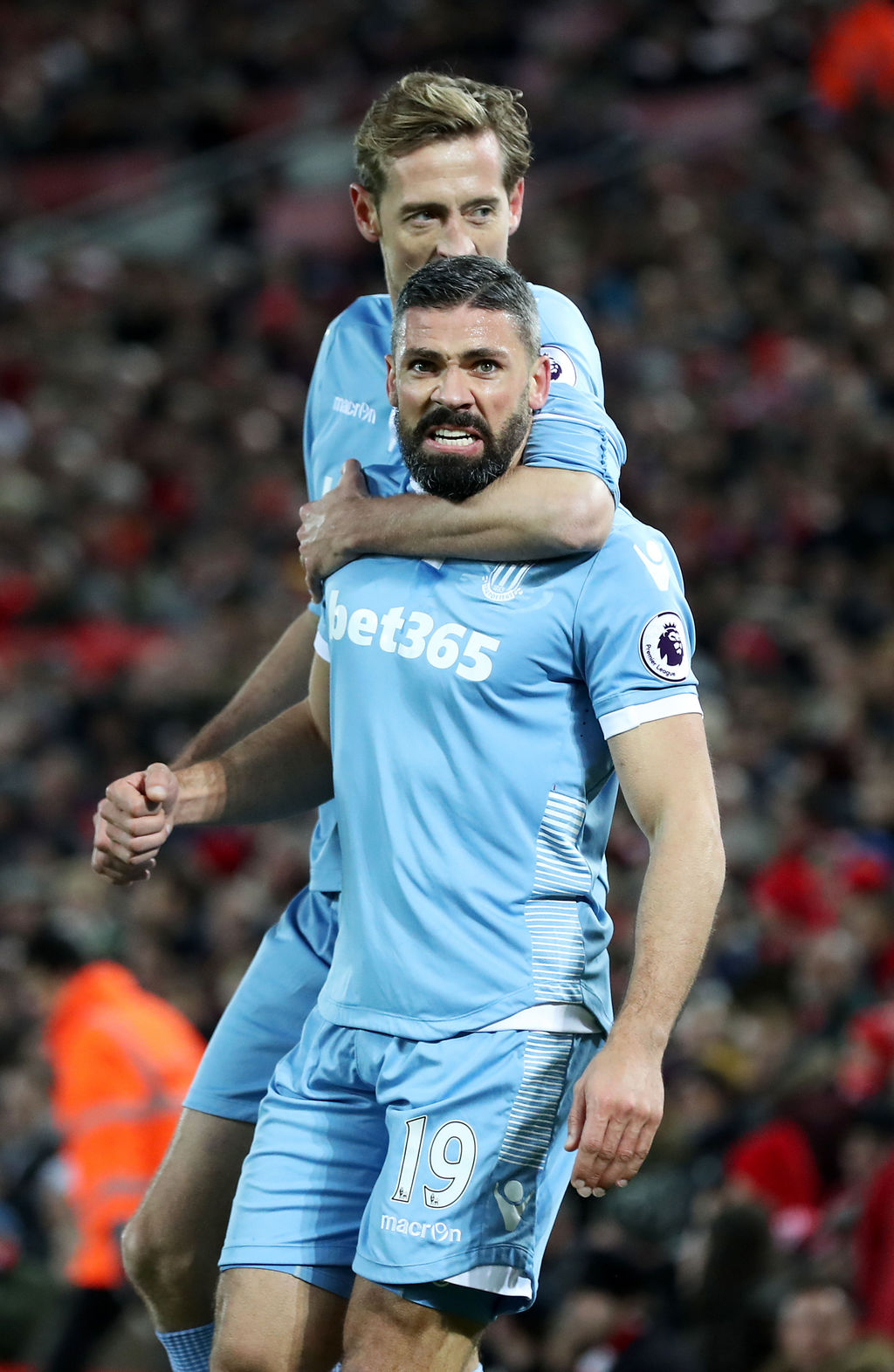 LIVERPOOL, England (AP) — Liverpool's prolific forward line delivered again in a 4-1 win over Stoke in the English Premier League on Tuesday, lifting the team back into second place and within six points of Chelsea.

Liverpool fought back from conceding in the 12th minute at Anfield, with Brazil forward Roberto Firmino among the scorers with his sixth league goal of the season — three days after he was charged by police with drunk-driving in Liverpool city center.

Playmaker Adam Lallana equalized for the Reds in the 34th and Firmino added the second just before halftime.

Liverpool stretched the lead in the second half through an own-goal by Giannelli Imbula and Daniel Sturridge's first league goal of the season with his first touches after coming on a substitute.

Liverpool reacted to wins for Chelsea, Manchester City, Arsenal and Manchester United on Monday with its own a day later, and it was the sixth time this season that Juergen Klopp's team has scored four goals or more in a league game. It is no surprise that the Reds are the top scorers in the division with 45 goals in 18 games.

Liverpool's players only got going once they fell behind to a rare Stoke goal at Anfield.

Erik Pieters provided the cross from the left and Jon Walters glanced in a header at the near post that Liverpool goalkeeper Simon Mignolet got a hand to but couldn't keep out. It was only Stoke's third league goal away to Liverpool in 40 years.

Stoke was the architect of its own downfall at times, with Lallana finding the net after Glen Johnson — one of three former Liverpool players in Stoke's lineup — failing to clear a cross.

Firmino started despite his off-field issue and repaid Klopp's loyalty by slamming home an angled left-foot shot that hit one post, careered across the line to hit the other and rebound in.

Imbula turned in a 60th-minute cross from the left wing by Divock Origi, who was then replaced by Sturridge.

In his first action of the game, Sturridge was alert to intercept a back-pass by Ryan Shawcross, round goalkeeper Lee Grant and slot a finish into the empty net.

It was Liverpool's 100th goal since Klopp took charge in October last year, completing another big win ahead of the visit of Man City on Saturday.