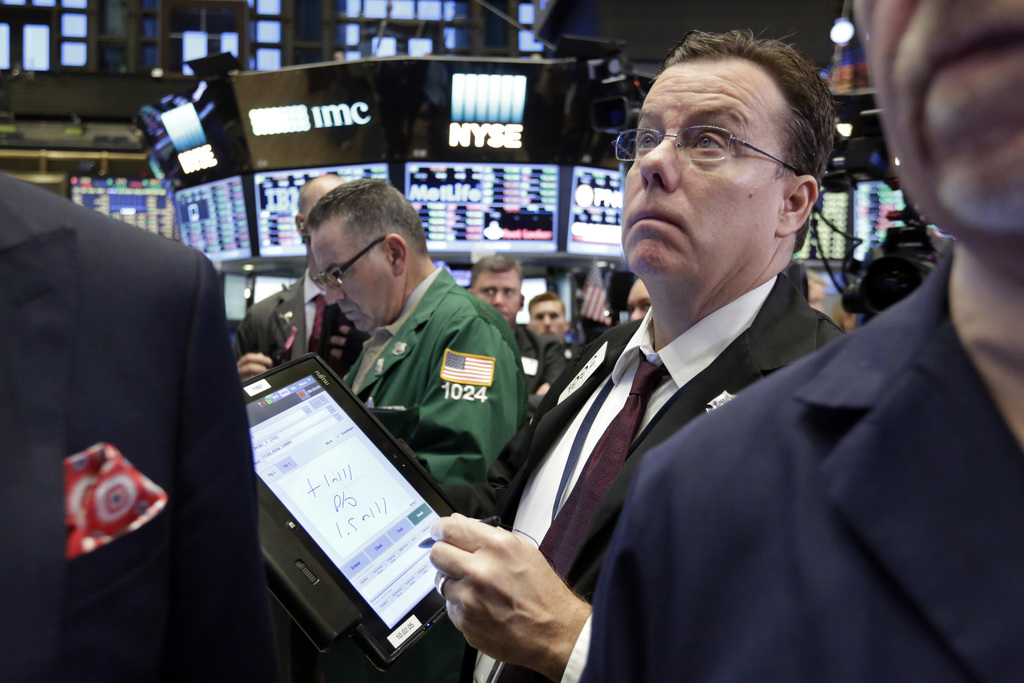 NEW YORK (AP) — Get ready for investments to be merely good again.

They've already been great for years, as both stocks and bonds have delivered fat returns since the worst of the financial crisis passed in 2009. But after such a strong and long gallop upward, markets have many reasons to slow down, analysts and fund managers say.

So instead of getting 10 percent or more from stocks, which index funds are on pace to deliver for the sixth time in eight years, a better expectation may be for something in the low to mid-single digits, many of the predictions say. Few are expecting losses for stocks. But for bonds, which have been stellar for decades, even a flat year could be considered a victory.

"We're in a different investing environment," says Heather Kennedy Miner, global head of strategic advisory solutions at Goldman Sachs Asset Management. "It requires a little bit of a psychological shift in mindset, that investors are going to get paid less for each unit of risk in the next few years."

Of course, analyst forecasts have a long history of being wrong. Many market watchers were forecasting only modest gains for this year, for example. And even though big, unexpected events repeatedly shook markets, from the U.K. decision to quit the European Union to Donald Trump's victory last month, stocks still managed to turn in a better-than-expected year.

Many things could trip up forecasts for 2017, such as an unexpected rip higher in inflation. More potentially market-shaking elections are also looming, including ones in the largest European economies. Plus, the ultimate wild card still hangs over the market: Trump. Investors are notoriously bad at dealing with uncertainty, and they're girding for a world where big shifts in U.S. policy may arrive via a late-night tweet.

Nevertheless, the crux of forecasts for more subdued returns in 2017 rests on simple math. Stocks are no longer cheap, at least relative to how much profit companies are producing. And interest rates for bonds are low and expected to be on the way up, which would mean their prices are set to drop.

Here's a look at what market watchers are thinking:

A simple way to measure whether a stock is cheap or expensive is to compare its price against the profit the company is making. In recent years, stock prices have risen far more quickly than earnings, and that has many investors expecting slower gains ahead.

"We are not doubling down with our clients' money," says Rich Weiss, senior portfolio manager at American Century Investments. He's been ratcheting back stock investments in the mutual funds that he runs. "It's going to be wait-and-see for us."

When the financial crisis was still burning in early 2009, the S&P 500 index was trading at the cheap level of eight times its earnings per share from the prior 12 months. Now, it's trading at 19 times, according to FactSet.

At such levels, companies will need to produce bigger profits to warrant further gains in stock prices, analysts say. And while a proposed corporate tax cut by Trump would provide an immediate boost to earnings, strong economic growth has so far remained elusive.

Strategists along Wall Street, from Deutsche Bank to Goldman Sachs, are predicting the S&P 500 will climb to 2,300 or 2,350 in 2017. That's less than 4 percent higher from where it was on Tuesday.

Barclays is a bit more optimistic, targeting the S&P 500 at 2,400 by the end of next year, but that would still be less than the 7 percent rise in earnings that it's forecasting.

Where many analysts are more optimistic is in corners of the stock market that would benefit most from Trump's proposals for lower taxes, less regulation and a stronger dollar. Chiefly, that's smaller companies, which tend to do more of their business within the United States.

Wall Street also expects the milder returns to last past this upcoming year. Strategists at BlackRock see roughly 4 percent annual returns for big U.S. stocks over the next five years, for example. Still, that's better than Treasurys, which they forecast will return closer to zero.

Bonds have been terrific investments for decades, delivering not only strong but also mostly stable returns.

That flipped on Nov. 9. Following Trump's victory, interest rates began jumping on expectations for faster economic growth and inflation, and the yield on the 10-year Treasury note topped 2.60 percent this month, up from 1.86 percent on election day.

Rising rates mean newly issued bonds pay more in interest, but they also push down prices of bonds already in mutual funds and investors' portfolios. The largest bond mutual fund by assets had its worst month in nearly 13 years during November, losing 2.6 percent.

"Bottom line, in a rising-rate environment, things will be very choppy," says Bernie Williams, chief investment officer for USAA's Wealth Management Investment Solutions. "But I don't think we will have severe inflation, which is the reason to bail on bonds."

Analysts are predicting a further, and mostly gradual, rise for rates in 2017. That has them forecasting slight losses to modest gains for the types of bond funds that traditionally sit at the core of a portfolio. They won't approach the 5 percent-plus returns they've often turned in during the past decade.

"That said, a core bond portfolio does still play a role," says Brad Camden, director of fixed-income strategy at Northern Trust Asset Management. "There's a lot of optimism priced into the markets, but there's also a wide range of uncertainty."

Camden actually sees it as an encouraging sign that bonds have struggled since the election: It shows that stocks and bonds don't always move in the same direction, proving once again the value of having a diversified portfolio. When stocks hit their next downturn, bonds will hopefully once again hold steady.

"It's there for humility," says Brian Jacobsen, chief portfolio strategist at Wells Fargo Funds Management. "We could be totally wrong about the outlook for the equity markets, and that's when core bonds are going to really come in handy."