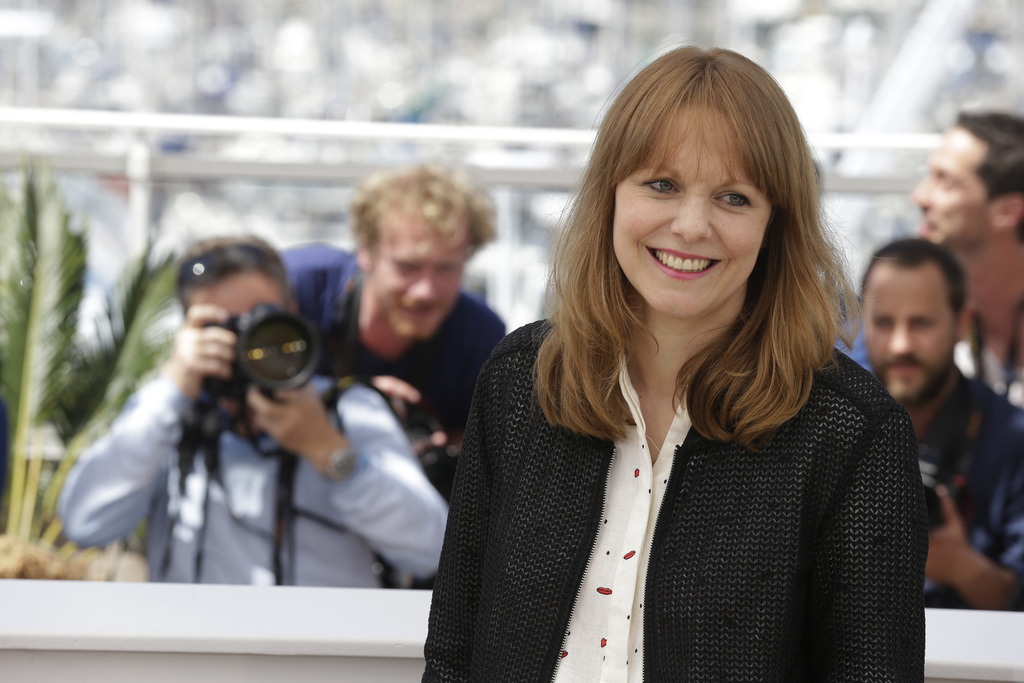 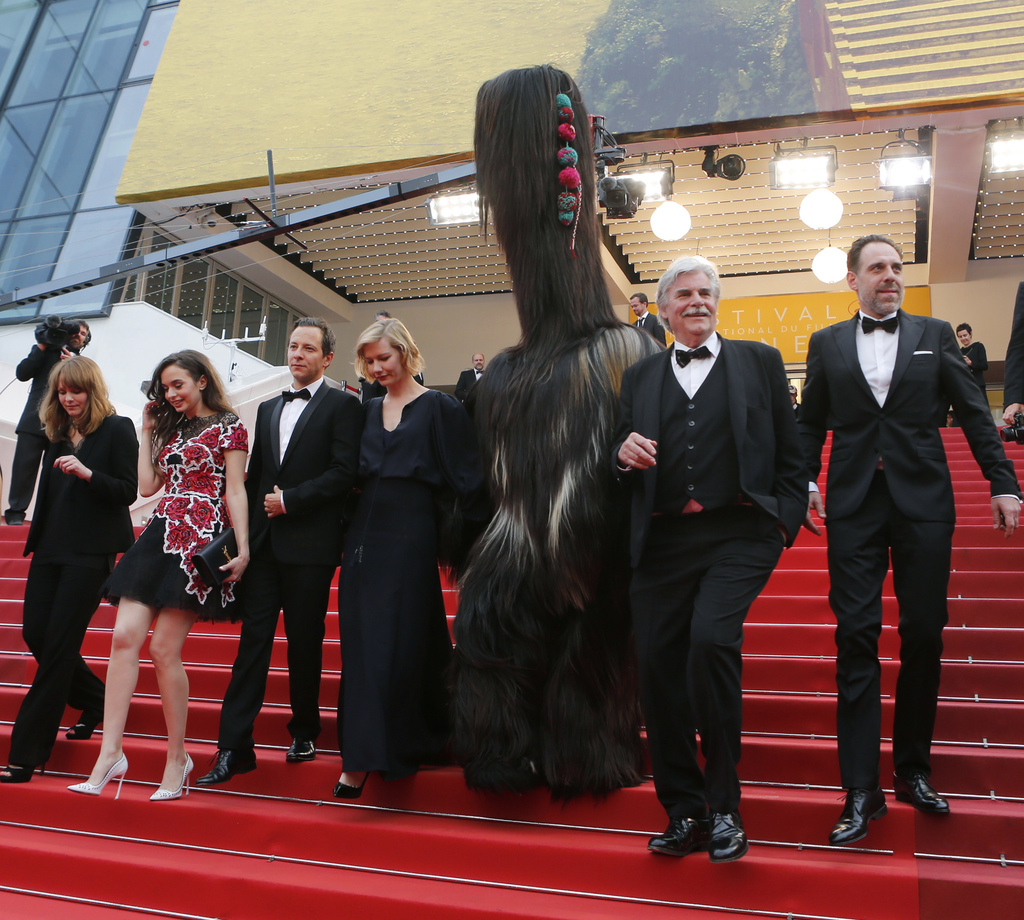 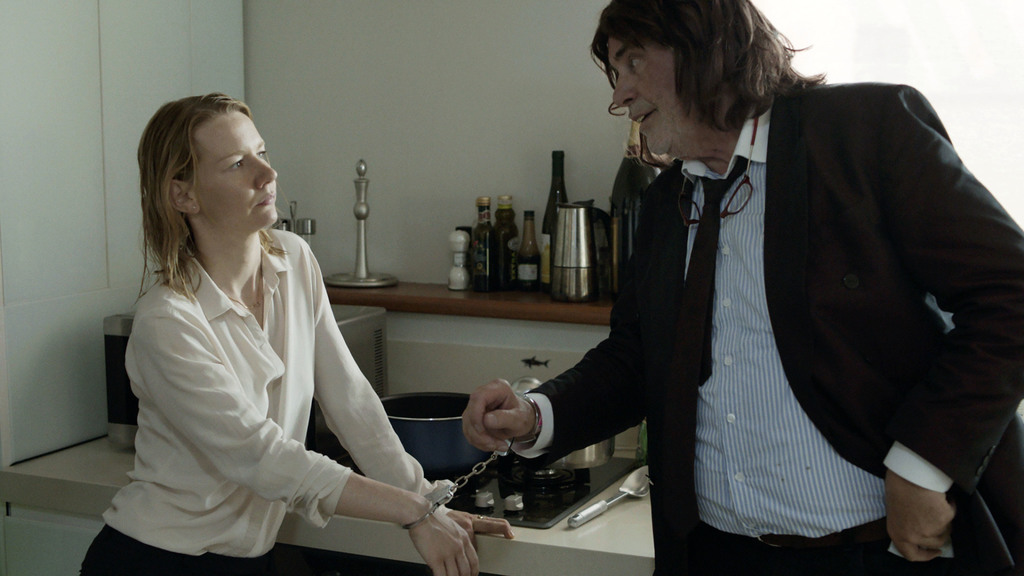 NEW YORK (AP) — "Make sure they know to play it loud," the filmmaker Maren Ade advises ahead of a screening of her film, "Toni Erdmann."

Since its rollicking debut at the Cannes Film Festival in May, "Toni Erdmann" has been the unlikely rock star of the international film festival scene. It's a German comedy that runs 162 minutes and prominently features fake teeth, Whitney Houston's "Greatest Love of All" and a furry Bulgarian kukeri costume .

"I knew I had something that I liked," said Ade (whose name is pronounced MAR-in AH-day) in an interview earlier this fall while in town for the New York Film Festival. "I knew that it was long. I was afraid people might think it was too long. But I knew it wasn't better shorter."

"Toni Erdmann," which opened in limited release Sunday, has already swept the European Film Awards, winning five honors, including best picture. In her speech, Ade noted it was the first film made by a woman to win the top prize. As Germany's Oscar submission, "Toni Erdmann" is also among the nine shortlisted films for best foreign language film, and it's the favorite to win.

Ade's third movie and the follow-up to her breakthrough sophomore film, "Everyone Else," ''Toni Erdmann" is about a practical joker father (Peter Simonischek) who surprises his highly driven consultant daughter (Sandra Huller) by visiting her in Bucharest. Sensing she's drowning in a sexist, soulless corporate culture, he begins posing as a "life coach" named Toni Erdmann, and popping up unexpectedly, with long hair and fake teeth.

The setup is almost sitcom-ish. Ade was partly inspired by her own father (that's where the teeth come from), as well as Andy Kaufman's Las Vegas standup character, Tony Clifton. But the largely hand-held "Toni Erdmann," grounded in a realistic father-daughter relationship, has the shape and flow of a drama, with sudden, glorious bursts of comedy.

Those scenes emerge organically, surprisingly and have been known to send audiences into spontaneous applause. But usually whenever "Toni Erdmann" is funny, its characters are revealing their inner pain. The film is maybe less a comedy than a drama about comedy.

"All the humor comes out of the desperation," says Ade. "I'm looking for the most dramatic moment on the sublevel. I think daily life has a very insecure ground. "

Ade tried a shorter cut of "Toni Erdmann," but she says, "It felt longer."

"I like long films," she says. "I always did. I like to feel when I come out of the cinema that I've really been somewhere."

The 40-year-old Ade, who produces films in between directing efforts, has advocated for quotas for female directors, something that's been tried with success in some European countries. In Europe, much filmmaking is publicly funded, though in places like Cannes, the gender disparity behind the camera is just as — if not more — pronounced as it is in Hollywood.

"Nobody likes this idea of a quota. If someone had told me in film school a quota will be necessary for a woman to direct, it sounds so horrible. But I think it would be good to try out to make sure it's really equal with public money," says Ade. "There will still be enough men directing films. They don't have to be afraid."

The success of "Toni Erdmann," of course, inevitably creates the likelihood of an American remake, and Ade grants that offers have already come up.

"We've had interest but I have to think about it. It depends. There are so many things remade. I don't feel the need that it's remade but it depends on the conditions." She smiles devilishly and lets out a cackle. "Everybody has his price."