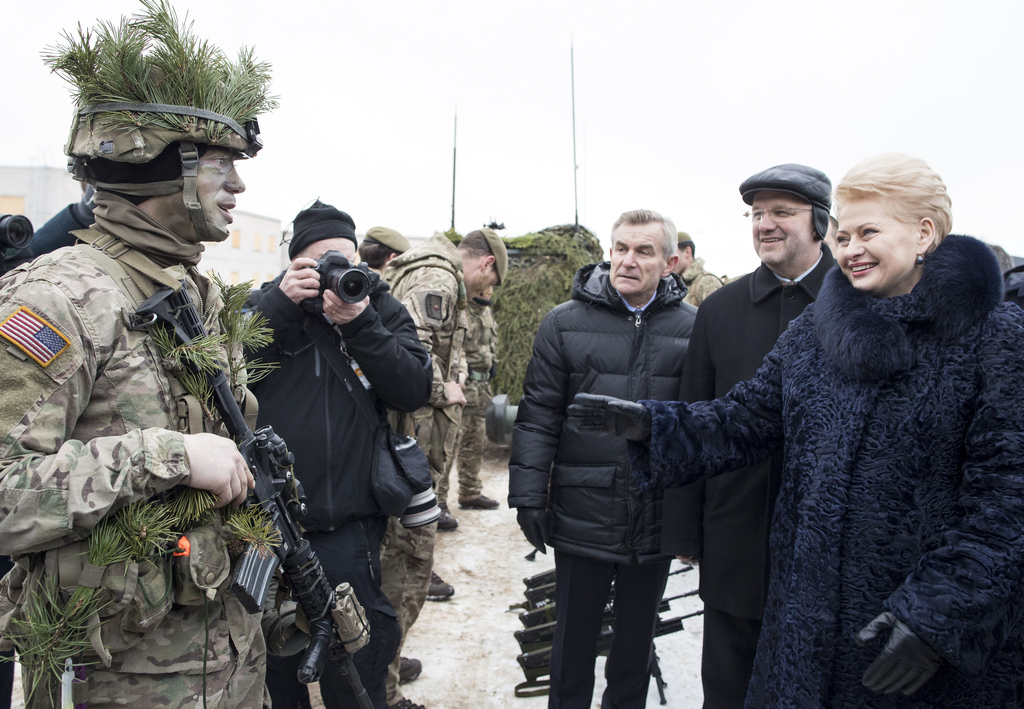 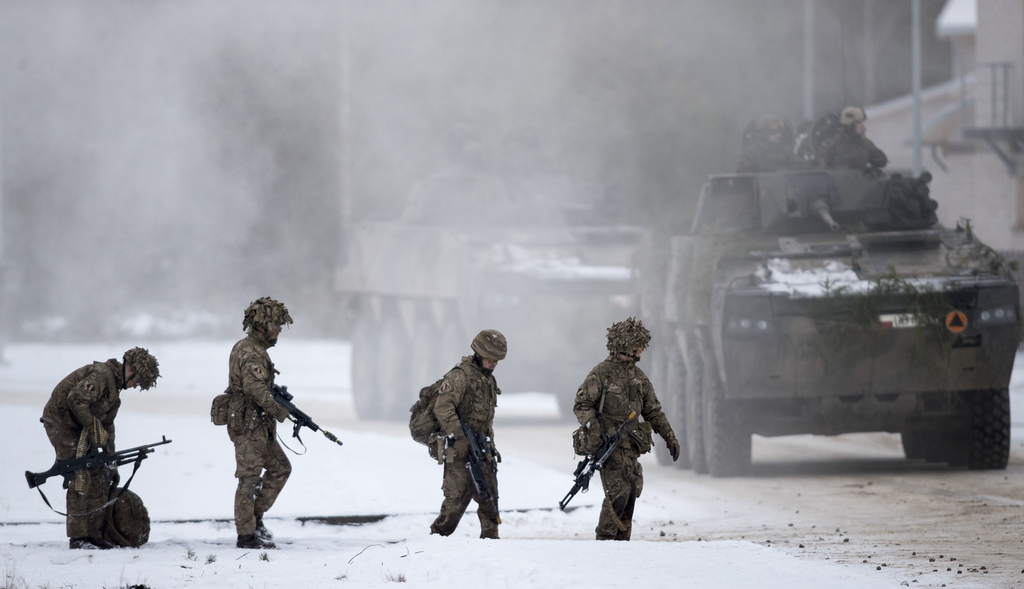 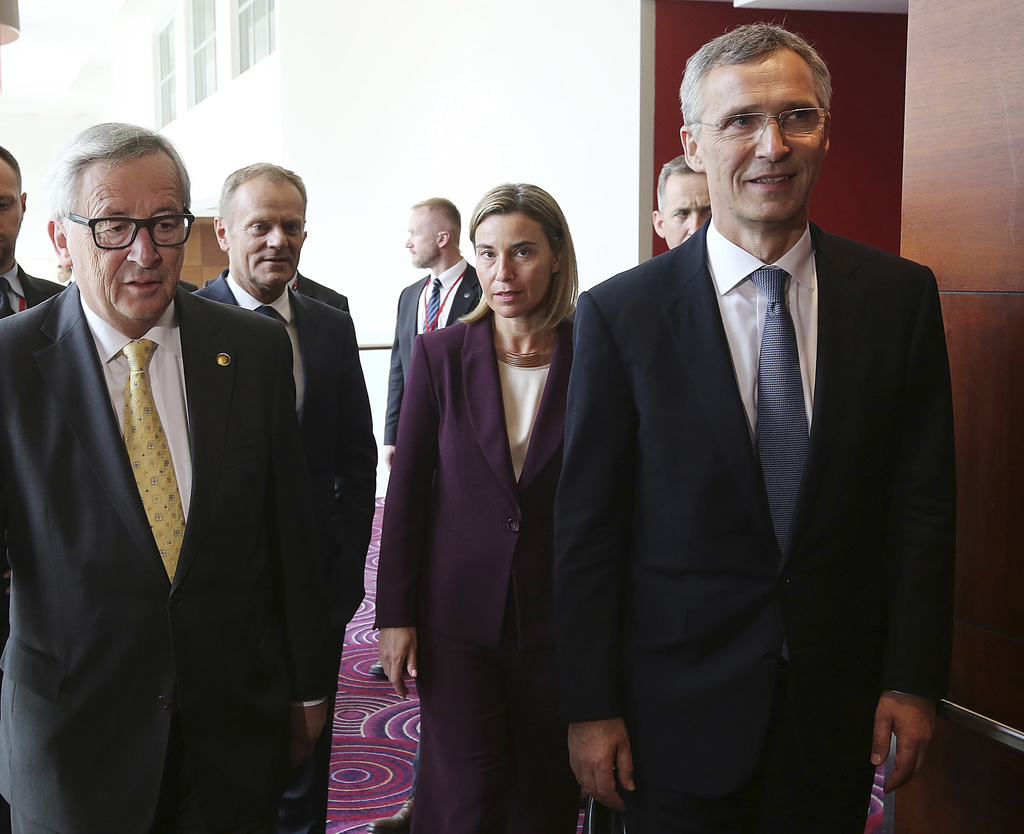 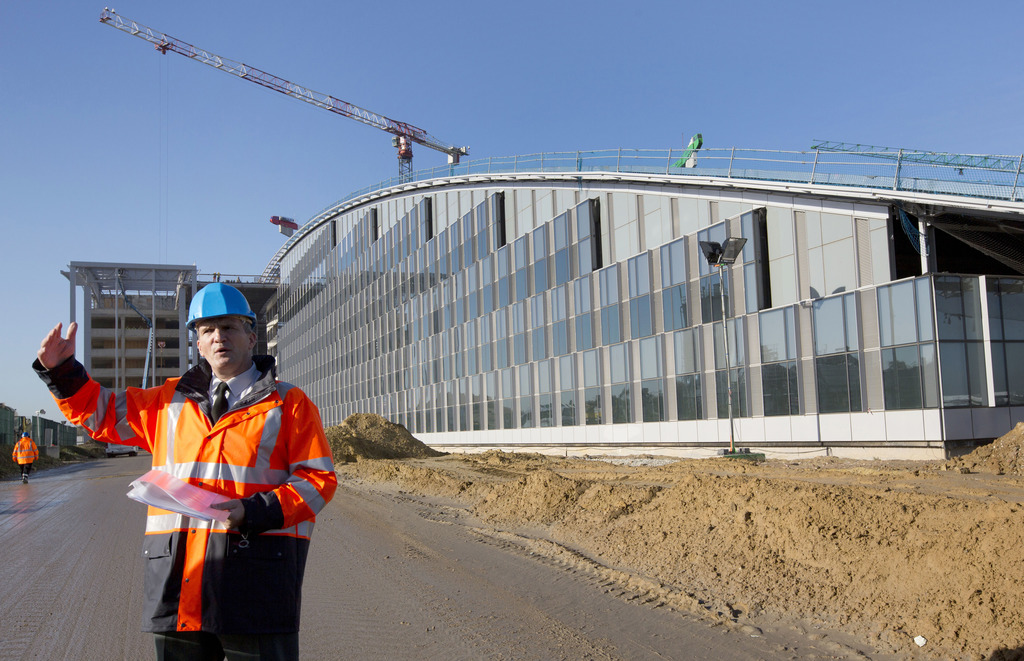 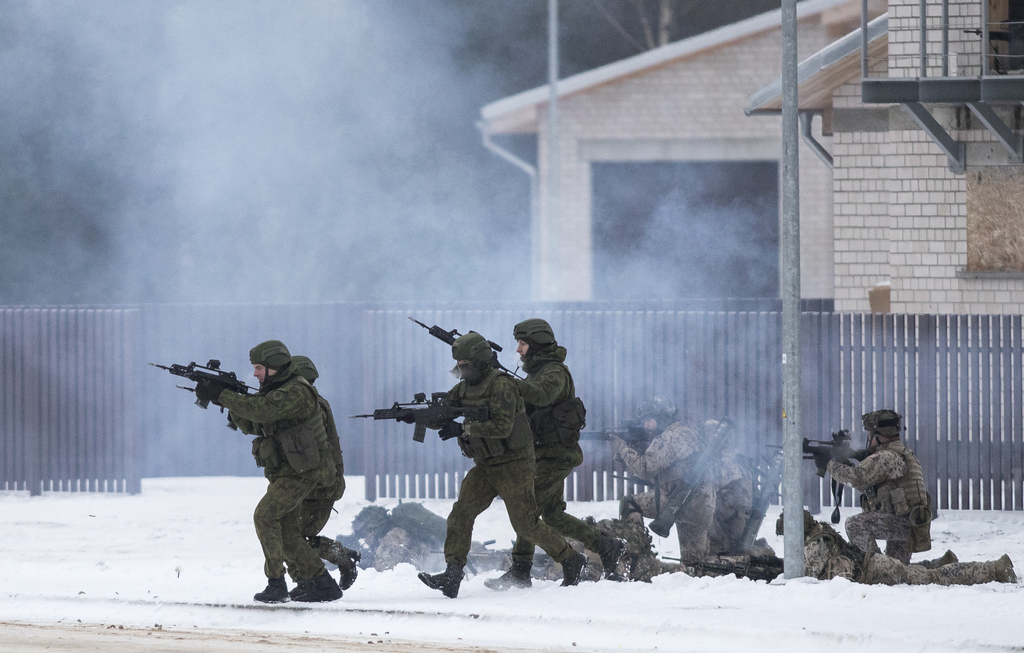 PABRADE, Lithuania (AP) — Lithuanian President Dalia Grybauskaite gazed imperiously over snow-covered woodlands, the stage for NATO's "Iron Sword" exercise. One of the European Union's toughest leaders — and a karate black belt to boot — she knows that power these days needs real military hardware to back it up.

With an increasingly bellicose Russia on its doorstep and a capricious ally in U.S. President-elect Donald Trump, the rest of the EU is forced to acknowledge as much too.

Europe used to be good at influencing people and nations without toting a gun. It was called soft power, and depended on aid, trade, diplomacy, even culture. If there is one lesson for 2017, it is that soft power alone won't work anymore.

"Our credibility not only depends on being a soft power," he pleaded as he called for more, and better-coordinated, defense spending after decades of sinking budgets in many European nations.

Even if the seeds of change were already planted, Trump shouted loud and clear over the summer that the United States stands ready to help European nations in the face of a Russian threat only if they pay their fair share for NATO's combined defense. It called into question the vaunted Article 5 of the alliance treaty, which states that an attack on one member is an attack on all, and that the target would automatically receive help and assistance.

Ever since World War II, the second time in the 20th century Europe had to count on American help to end a conflict, it has been thus. Over time, a budgetary laziness set in, with many countries convinced the United States would come through in an hour of need.

As "the guarantor of peace after the Second World War in Europe," the United States long has shared responsibility for the continent's safety, Grybauskaite said. "We expect that this mission, and this understanding, will stay." But heading into 2017 with Trump's priorities less than clear, that could be wishful thinking.

Defense and military clout has never been a cornerstone of the EU, which built its network of close cooperation on trade and economic cooperation. Instead NATO pools the military forces of much of Europe and North America and has historically been instrumental in rebuffing the Soviet Union.

Since the demise of Communism, it seemed the heyday of EU soft power had come. But Russian President Vladimir Putin's influence over the wars in Syria and Ukraine, now dragging on for years, has deeply frustrated a Europe only able to change events on the ground through diplomacy, money or humanitarian aid.

"Faced with the brutality of the Syrian regime and its supporters, notably Russia and Iran, we are not as effective as we would like to be," EU Council President Donald Tusk said. "Unfortunately, I know who is effective enough, not in humanitarian assistance, but in bombing."

German Chancellor Angela Merkel said "we are all seeing something in the 21st century that is shameful, that is heart-breaking, that shows we haven't been able to act politically how we would like to act."

It's one more reason why the EU is finally trying to coordinate the patchwork of national defense spending, planning and production among its 28 member states, which range from nuclear powers Britain and France to tiny nations like Luxembourg and Malta.

Time and again, Juncker has hit the mantra of coordination — more to the point, the lack of it. Decades ago, the EU was already seeking to coordinate defense industries, to little avail. The result is waste and inefficiency in a vital task for any political group: assuring security for its citizens.

"We have in Europe 174 kinds of weapons," Juncker said, highlighting the wasteful profusion. "One European helicopter and one European tank would be enough."

But beyond greater synergy, there must be increased spending. In a rare entry into the public debate, even France's military chief called for more money.

Gen. Pierre de Villiers, chief of the general staff, said that, "peace, no longer is a given. We have to conquer it." He wants to upgrade France's nuclear arsenals and other equipment, and boost defense spending over the next five years to 2 percent of gross domestic product, compared to 1.77 percent currently.

That 2 percent threshold is the official NATO guideline. While the United States spends 3.61 percent on defense, only four of the EU's 22 NATO members meet the target. When Trump comes to Brussels for his first NATO summit sometime this spring, he need not look far for a lackadaisical member state. Belgium continues to spend less and less on defense and currently stands in NATO's second worst spot with 0.85 percent.

Lithuania's Grybauskaite wants to be able to look Trump straight in the eye.

In Pabrade, after inspecting NATO armored vehicles, Grybauskaite insists that Lithuania is on track to meet the target. "Lithuania next year will be having 1.8 percent of GDP already and the next year, 2018, we will have our 2 percent."

"We are doing our homework — we are investing into our defense," she said.

Casert reported from Maastricht, the Netherlands.