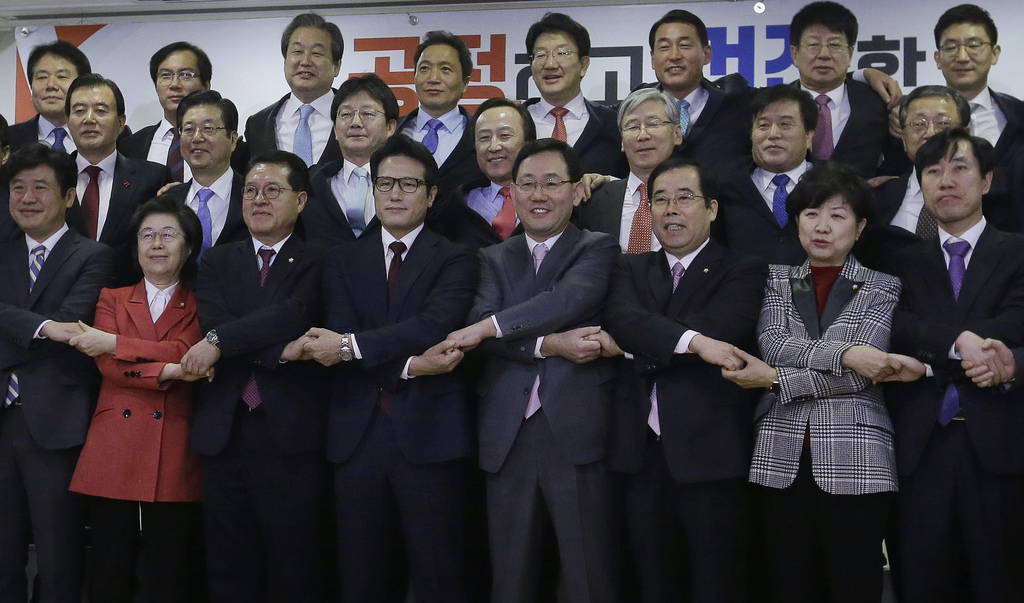 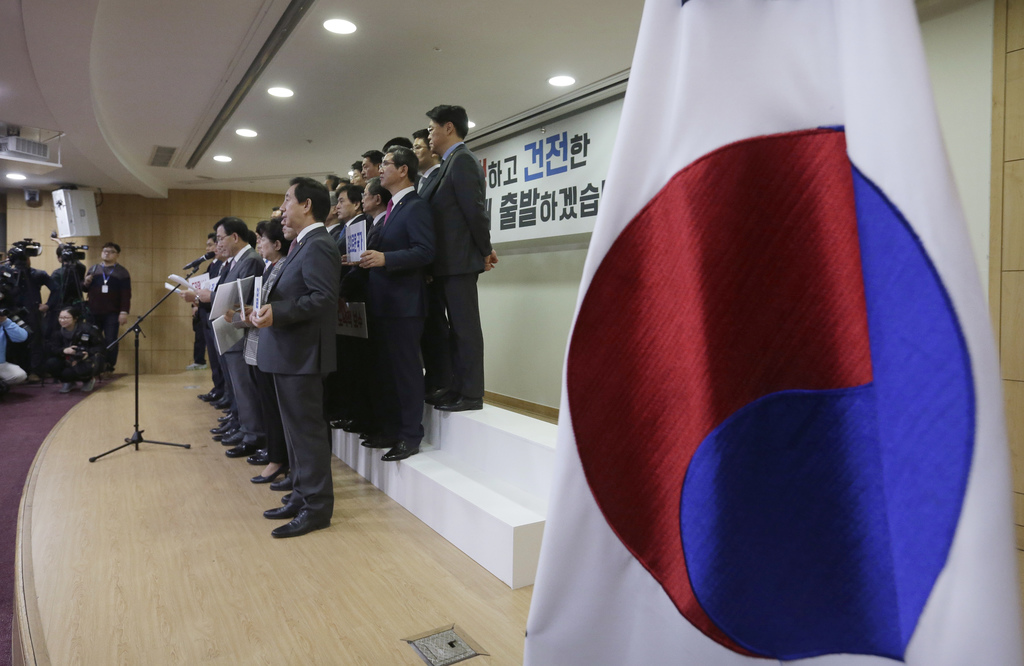 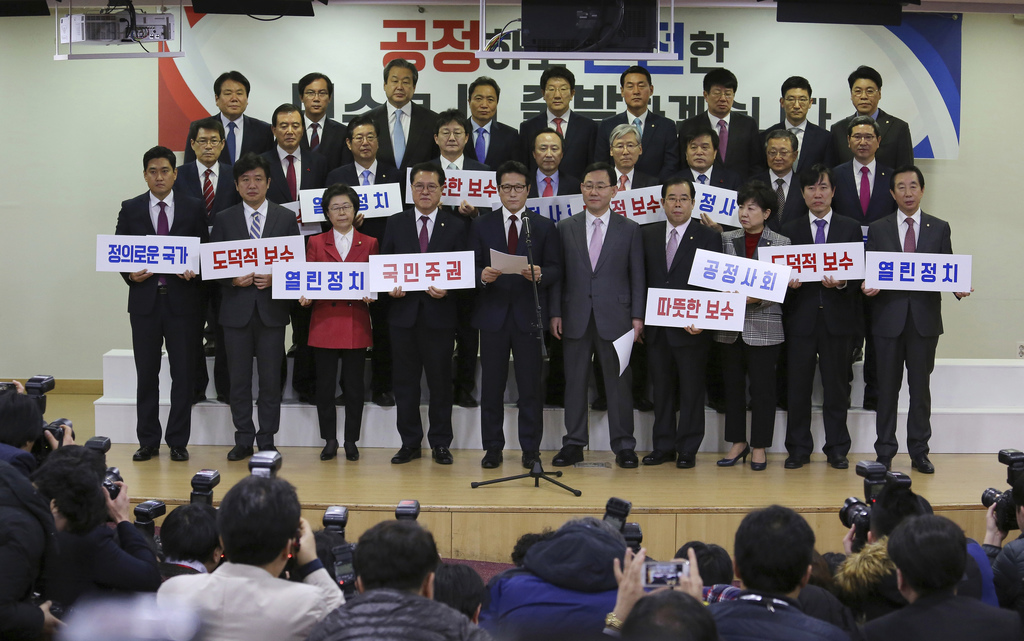 SEOUL, South Korea (AP) — While lawyers desperately tried to restore the impeached South Korean president's powers, politics advanced without her Tuesday as parties and potential candidates postured for elections that could take place in just months.

Dozens of lawmakers split from the conservative ruling party and likely will try to create a party fielding outgoing U.N. Secretary-General Ban Ki-moon as its presidential candidate. Ban's potential rivals reacted by questioning his presidential credentials and touting their own ideas, including significant policy changes in regard with relations with nuclear-armed North Korea and allies United States and Japan.

Choung Byoung-gug, one of the 29- lawmakers who left the Saenuri Party accused President Park Geun-hye's loyalists in the party's leadership of "neglecting the values of real conservatism" and "shamelessly defending the historically worst infringement of constitutional values." More Saenuri lawmakers may leave the party in the coming weeks.

The split came as investigators widened their inquiry into the scandal surrounding Park, who has been accused of allowing a longtime confidante of manipulating government affairs and colluding with the friend to extort money and favors from the country's biggest companies. The special prosecution team planned to summon the president's jailed friend, Choi Soon-sil, but she requested a delay citing health reasons.

Ban is seen as the best hope for conservatives to win the Blue House after Park's collapse complicated politics for her party. Recent opinion polls show voters slightly favor Ban ahead of liberal politician Moon Jae-in, who conceded the presidential race to Park four years ago.

In a recent meeting with South Korean reporters in New York, Ban described the political turmoil at home as heartbreaking and said he was ready to "burn" his body in devotion for South Korea, his strongest hint yet that he would run for president.

Kim Kyoung-soo, an opposition lawmaker who serves as Moon's spokesman, dismissed the plans by the Saenuri defectors to create a new party for the presidential race, saying "watermelons can't be made by drawing lines on zucchinis."

Kim said voters "will not approve a political reshuffle that lacks sincere remorse and self-reflection, and only chases the delusion of recreating a pseudo conservative government."

Moon likely would have to withstand a challenge from outspoken Seongnam city mayor Lee Jae-myung in the Democratic Party's primaries.

Lee, who brands himself as an anti-establishment figure and is compared to both Donald Trump and Bernie Sanders, saw his popularity rise amid the rage over Park's scandal. He calls for stronger policies to reduce the widening gap between rich and poor and curb the excesses of "chaebol" — the large, family-owned conglomerates that dominate the country's economy.

In a meeting with reporters on Tuesday, Lee said Ban's popularity could soon decline over allegations that he "used a high-profile post to gain personal profits," apparently referring to allegations raised by news reports that he took bribes from a businessman in 2005 and 2007. Ban has denied the claims.

Lee also said South Korea should stop the deployment of an advanced U.S. missile defense system to defend it from North Korea. Echoing Moon's position, Lee said the security benefits of having Terminal High-Altitude Area Defense, or THAAD, are diminished by worsened relations with China. The planned deploment has angered China, which suspects that the system would allow U.S. radar to better track its missiles.

The date of any early presidential election is depended on the outcome of the impeachment case against Park.

Parliament voted on Dec. 9 to impeach her, and the Constitutional Court has up to six months to decide whether Park should permanently step down or be reinstated. Her presidential powers are suspended until then, with the prime minister serving as the government caretaker.

If the court formally removes Park from office, a presidential election must be held within 60 days.

At the court's preparatory hearing Tuesday, Park's lawyers challenged whether she had to attend the trial. Her lawyers also asked the court to request 16 organizations and companies to submit reports answering whether they were really forced into giving money and favors to foundations controlled by Choi, as has been alleged. Lawmakers, who are acting as the prosecutors in the case, said the request shouldn't be made because it could pressure the companies.

The requests were seen as an attempt to buy time for Park.

The court said it would hear pleadings in the case on Jan. 3.