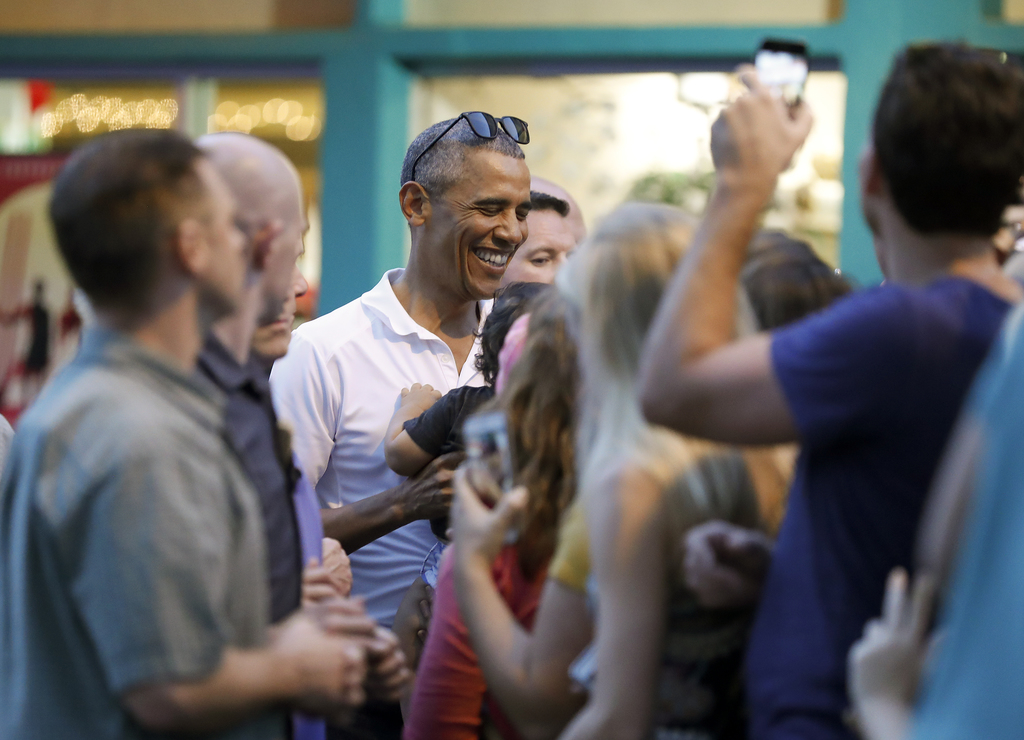 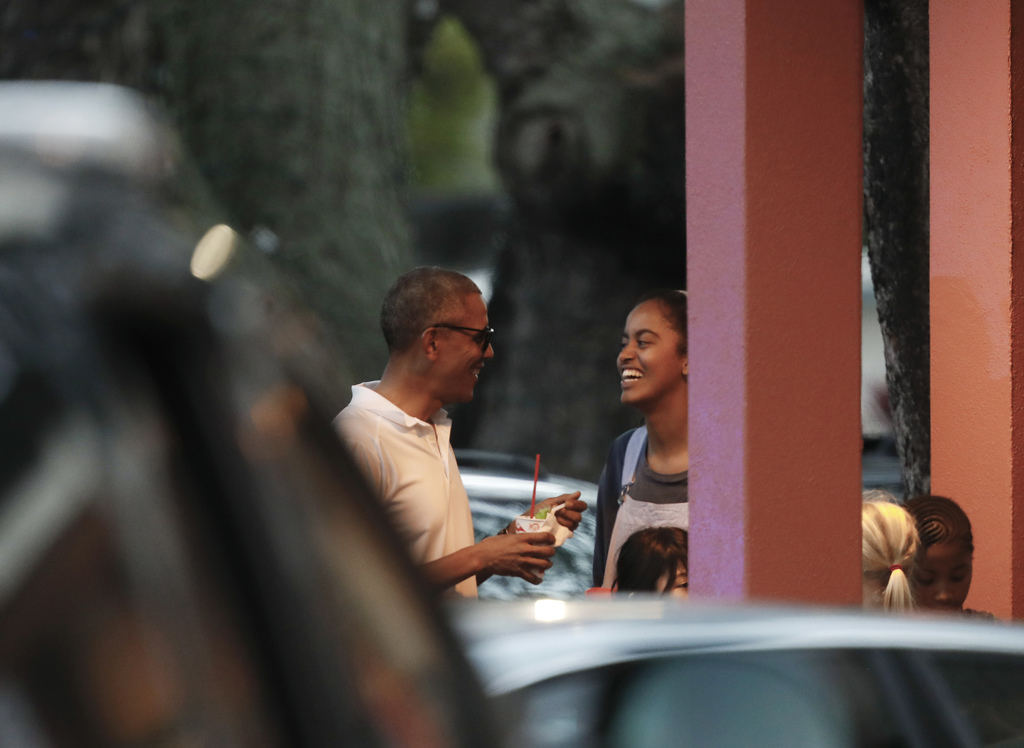 President Barack Obama and first lady Michelle Obama are having dinner with friends at a high-end restaurant in Honolulu.

The Obamas have frequented the establishment on past holiday vacations to Oahu, where Obama was born.

There were about 40 onlookers trying to catch a glimpse of the Obamas as the president and his wife arrived for dinner.

Obama will meet with Japanese Prime Minister Shinzo Abe at the site of the 1941 Pearl Harbor attacks on Tuesday. Abe is speaking at a reception dinner Monday night not far from where the Obamas are eating.

President Barack Obama is following up his morning workout with a round of golf at a private Hawaii course.

They're golfing at Mid Pacific Country Club in the windward Oahu neighborhood of Lanikai. It offers sweeping views of the Koolau mountains.

A crowd of about 30 people waved to the president's motorcade as it arrived at the course.

He's spending his annual winter vacation with his family on the island of Oahu, where he was born.

President Barack Obama is wishing a "happy and healthy new year" to those celebrating Kwanzaa.

Obama is issuing his final annual Kwanzaa message as president.

He says Kwanzaa is a joyous time to "reflect on the rich African-American culture."

The White House released the greetings from Obama on Monday while the president and his family are vacationing in Hawaii.

President Barack Obama is spending the morning after Christmas at a gym on a marine corps base near his Hawaii vacation rental.

It's the 10th day of the first family's annual winter vacation on Oahu, where Obama was born.

Obama left his Kailua rental home Monday morning for his workout at Marine Corps Base Hawaii.

A family of four waved to Obama's motorcade as it headed to the base in Kaneohe Bay.

This story has been corrected to show the Obamas' 10th day of vacation is Monday.