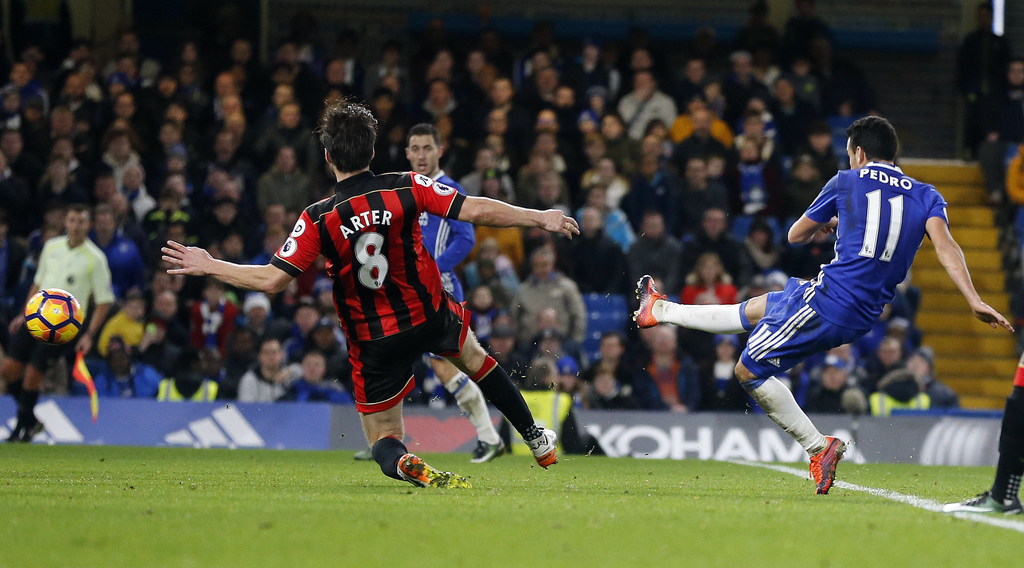 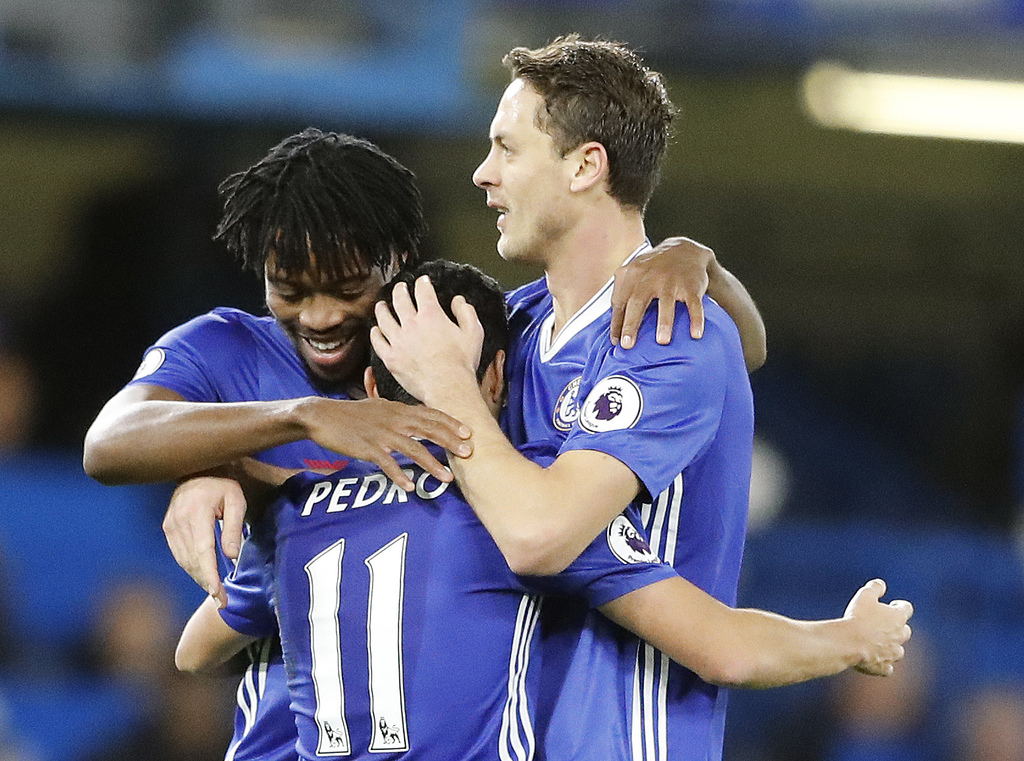 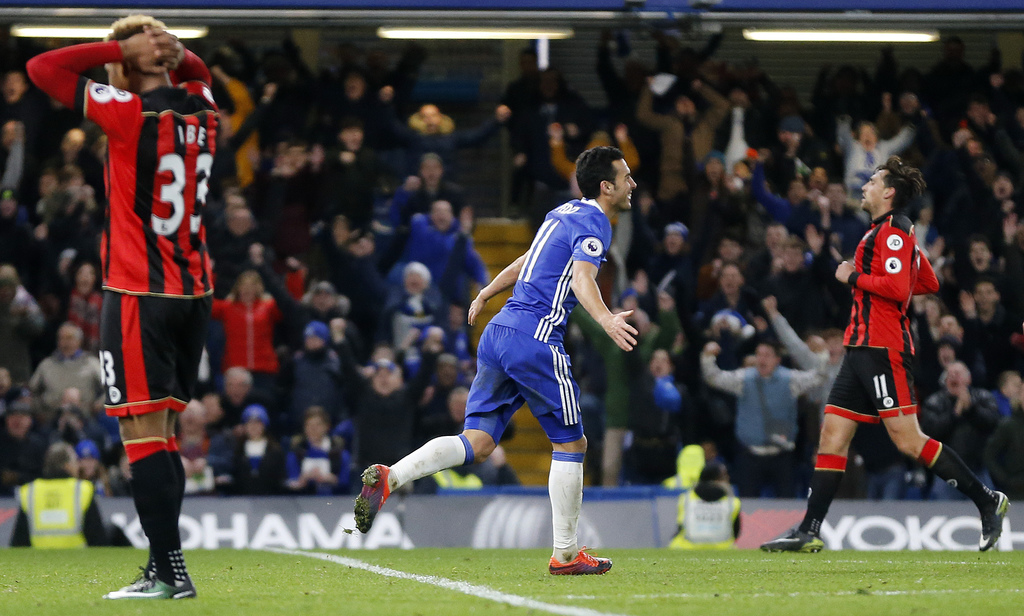 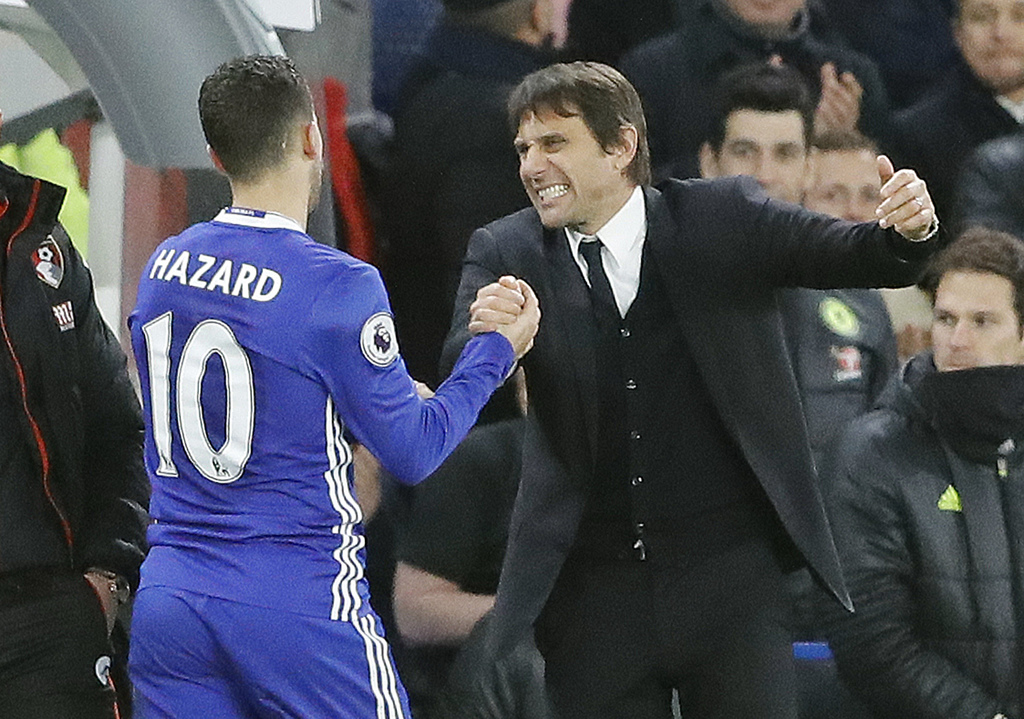 Two goals from Pedro and Eden Hazard's penalty ensured Antonio Conte's side bettered a run of 11 wins set in 2009.

Chelsea overcame the absence of suspended duo N'Golo Kante and Diego Costa for its 10th clean sheet of the 12-match winning run.

The hosts struggled to create chances early on but, after a moment of magic from Pedro unlocked the Bournemouth defence in the 24th, the Blues didn't look back.

Hazard and the recalled Cesc Fabregas combined to find Pedro on the edge of the Bournemouth box, before he created space and curled a precise left-foot effort into the top corner.

Jack Wilshere, on loan from Arsenal, had Bournemouth's two best chances to level at Stamford Bridge as he was first denied by Chelsea 'keeper Thibaut Courtois, before Cesar Azpilicueta crucially blocked Wilshere's volley after a poor clearance from Marcos Alonso.

Fabregas almost doubled the lead 10 minutes before halftime with a free kick.

Thriving as he deputized in a centre forward position, Eden Hazard all but ended the match in the 49th, as he won a penalty after beating Bournemouth captain Simon Francis.

Hazard coolly rolled his penalty past the deceived Artur Boruc to score his 50th Premier League goal for Chelsea.

The Blues wasted a number of chances to extend their lead before Pedro added a deserved third in stoppage time.

The Spanish forward picked the ball up in the center circle before driving at the Bournemouth defence and seeing his shot take a deflection off Steve Cook.