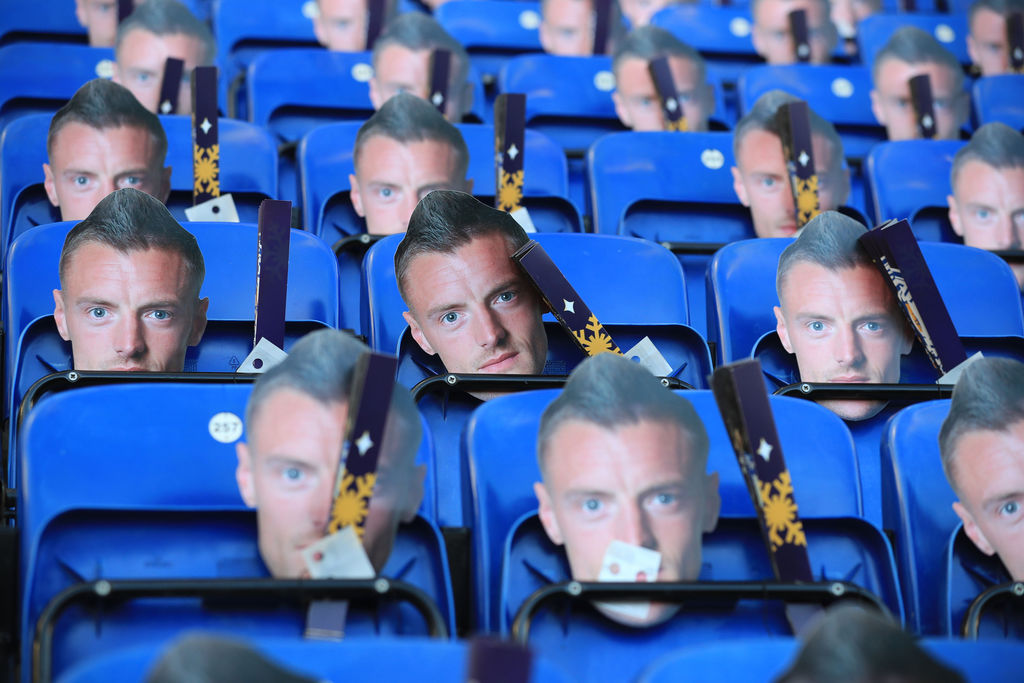 LEICESTER, England (AP) — Leicester has handed out around 30,000 masks depicting the face of Jamie Vardy to supporters at the team's English Premier League match against Everton, a move widely regarded as being a response to the striker's current ban.

Vardy is suspended for three games after the defending English champion failed in its bid to overturn his red card from Leicester's last match.

The England striker was himself wearing one of the masks as he sat alongside some teammates in the stands.

The protest at King Power stadium on Monday is thought to be a public show of disappointment against the decision. Leicester's Thai chairman, Vichai Srivaddhanaprabha, described the red card as "unfair" on his Instagram account.