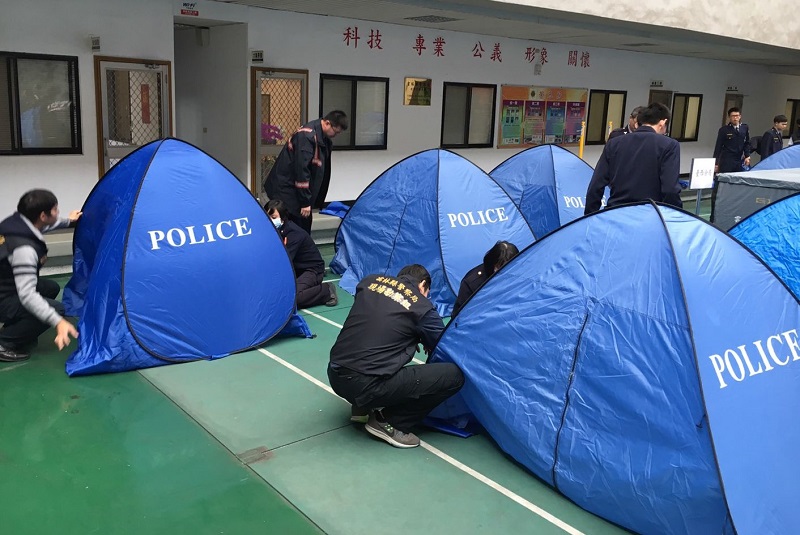 Yunlin (Taiwan News)--Yunlin County Police Bureau said Tuesday that local police began to adopt new pop up tents to cover bodies of the deceased at crime or accident scenes in December to preserve their dignity.

The bureau held a training session to teach local police officers how to quickly and properly set up the tents on the scene.

In the past, police used pieces of white cloth to cover the bodies of victims who died at crime or accident scenes, but natural elements such as sunlight and rain could inflict secondary damage on the bodies, the bureau said.

The county police bureau purchased similar tents for the same purpose in 2013, and the tents were distributed to all the investigation teams in the county’s precincts, the bureau said. But the previous version was heavier and needs two to three people to spend 10 to 15 minutes to set up, the bureau said, adding that such tents are more suitable for body examination on the scene.

The new pop up tents Yunlin police purchased in December are light and can be installed easily by a single police officer within five seconds, so they are very convenient for police officers who are on the scene at the earliest time, the bureau said.

The pop up tents not only can preserve the integrity of body evidence and prevent them from being exposed to the sun and rain, they can also avoid the Taiwanese taboo of a living person viewing the body of a dead person before burial as well as show respect to the dead and their living relatives, the bureau added. 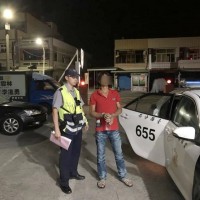