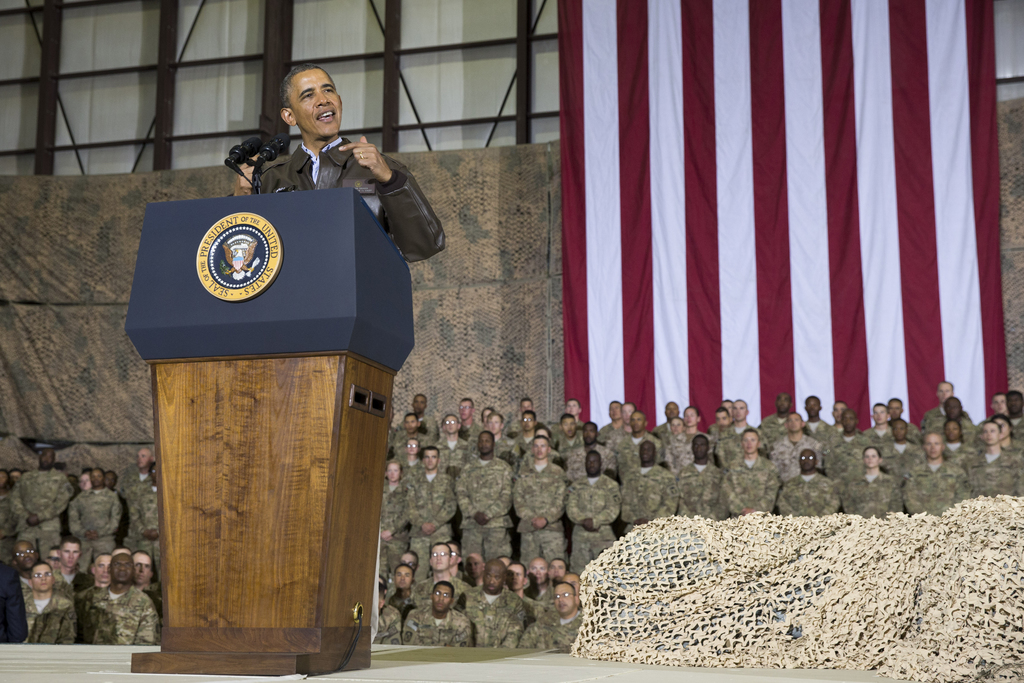 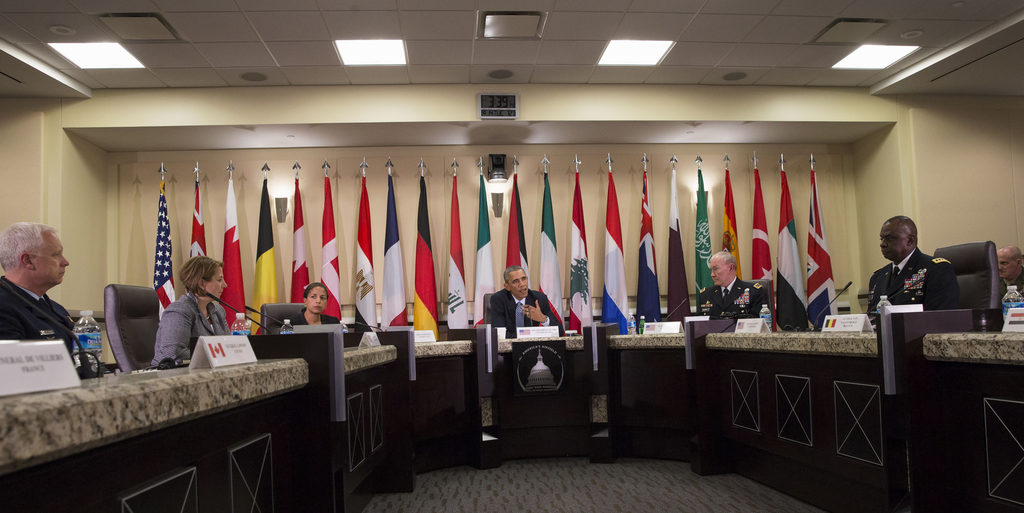 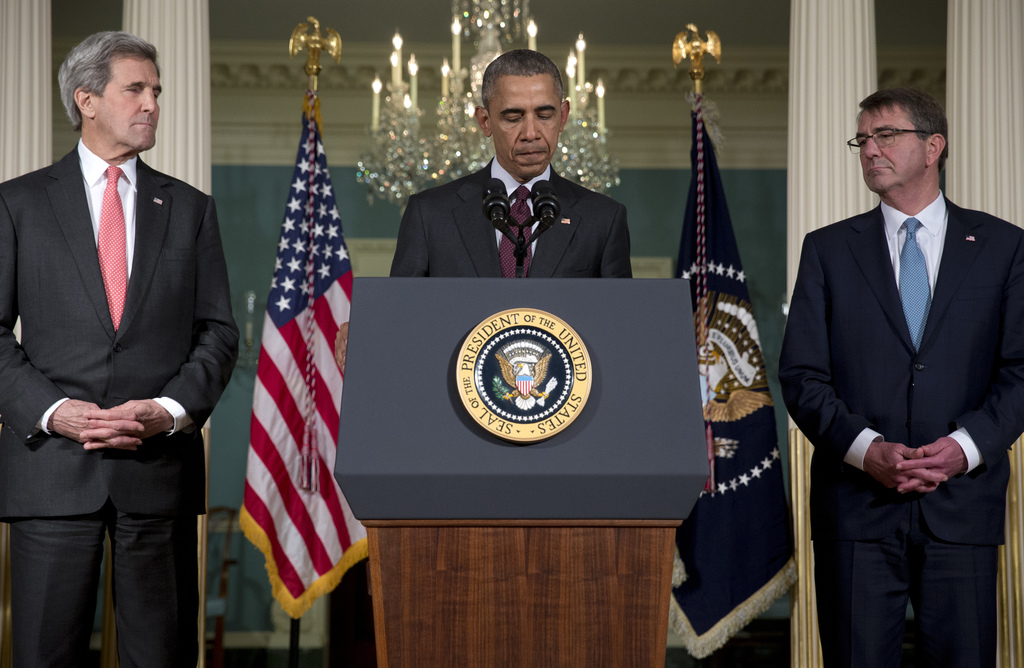 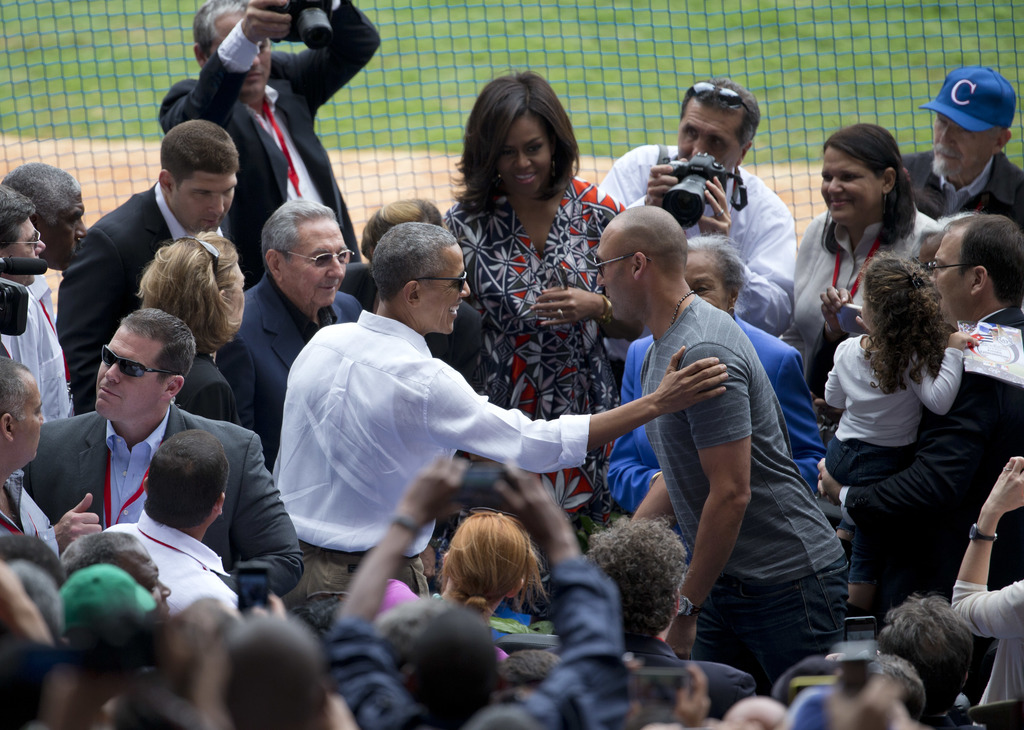 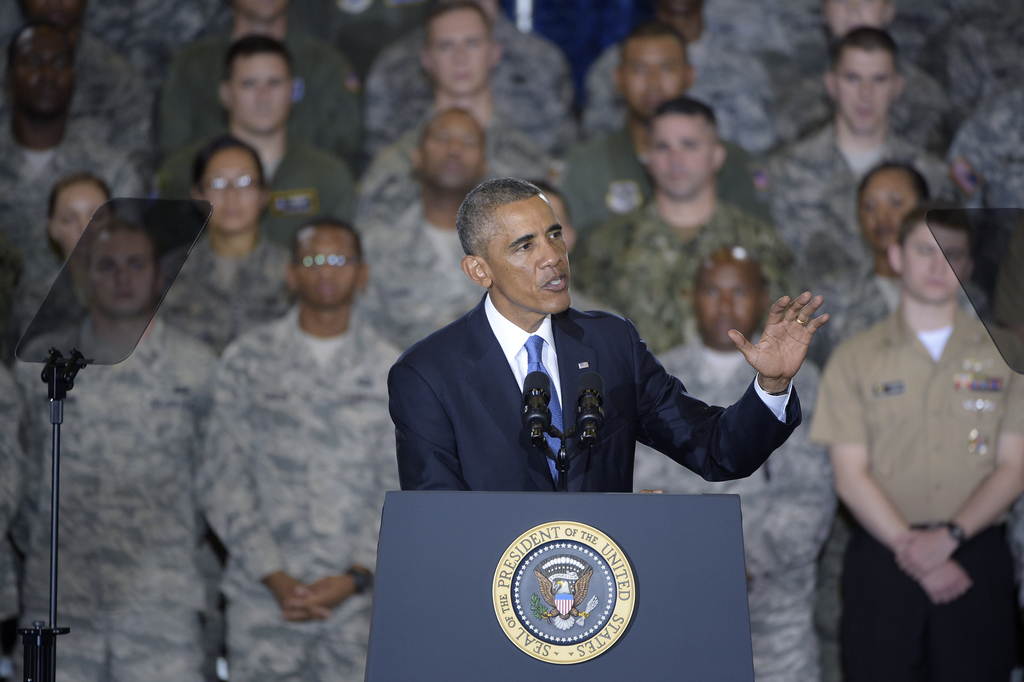 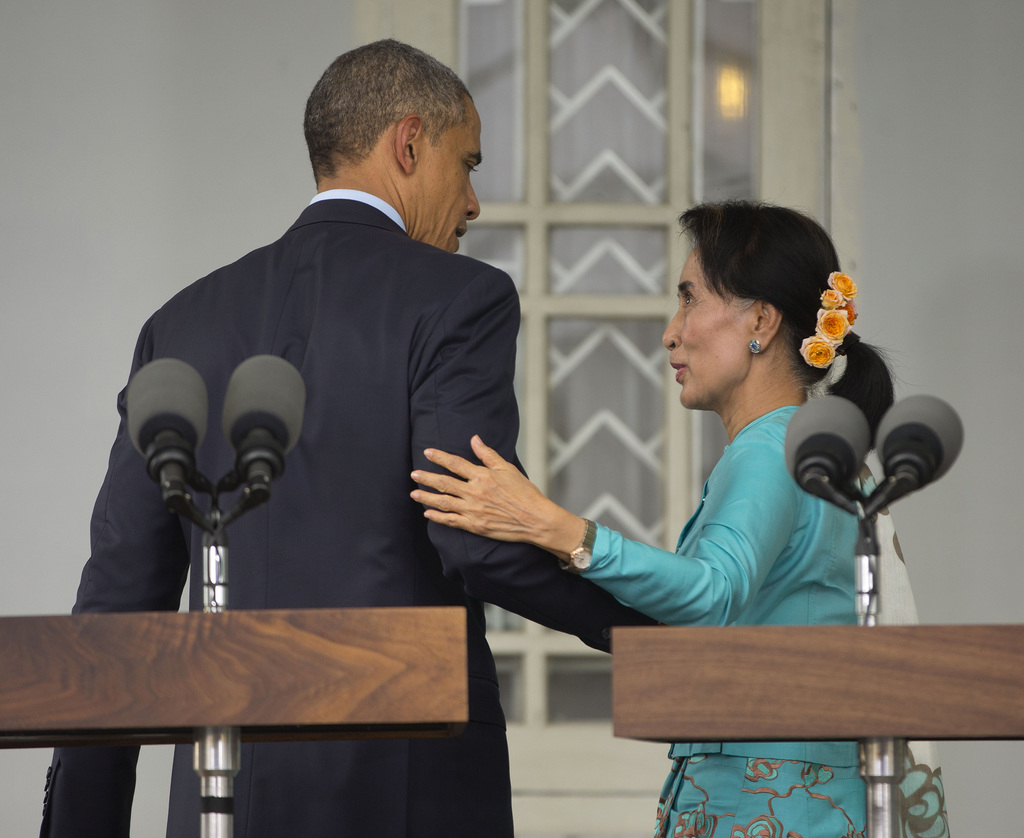 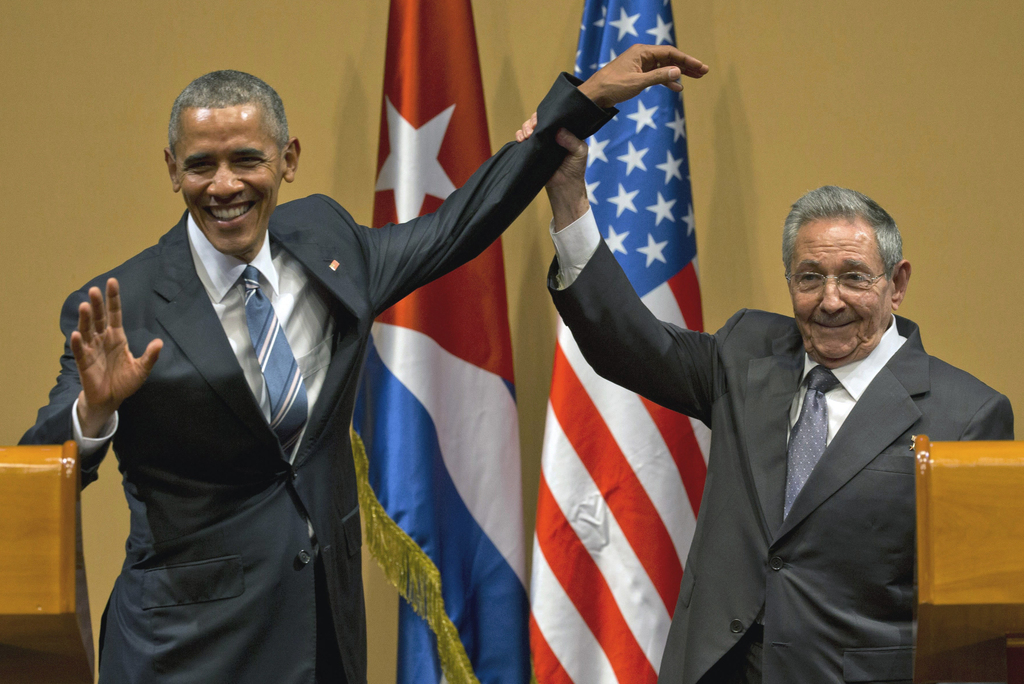 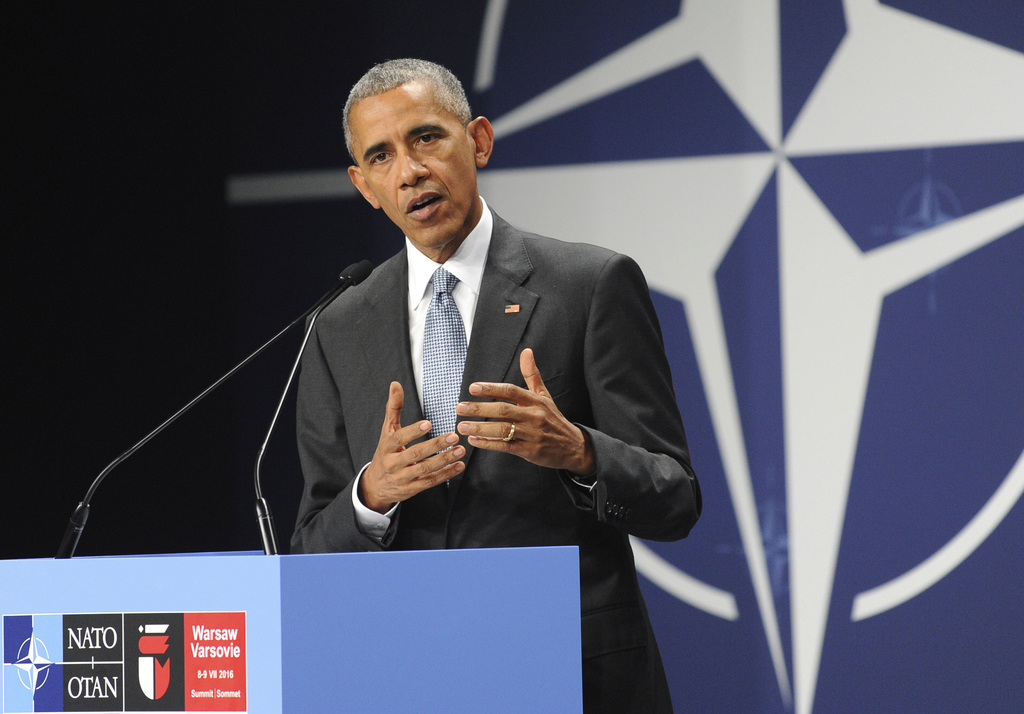 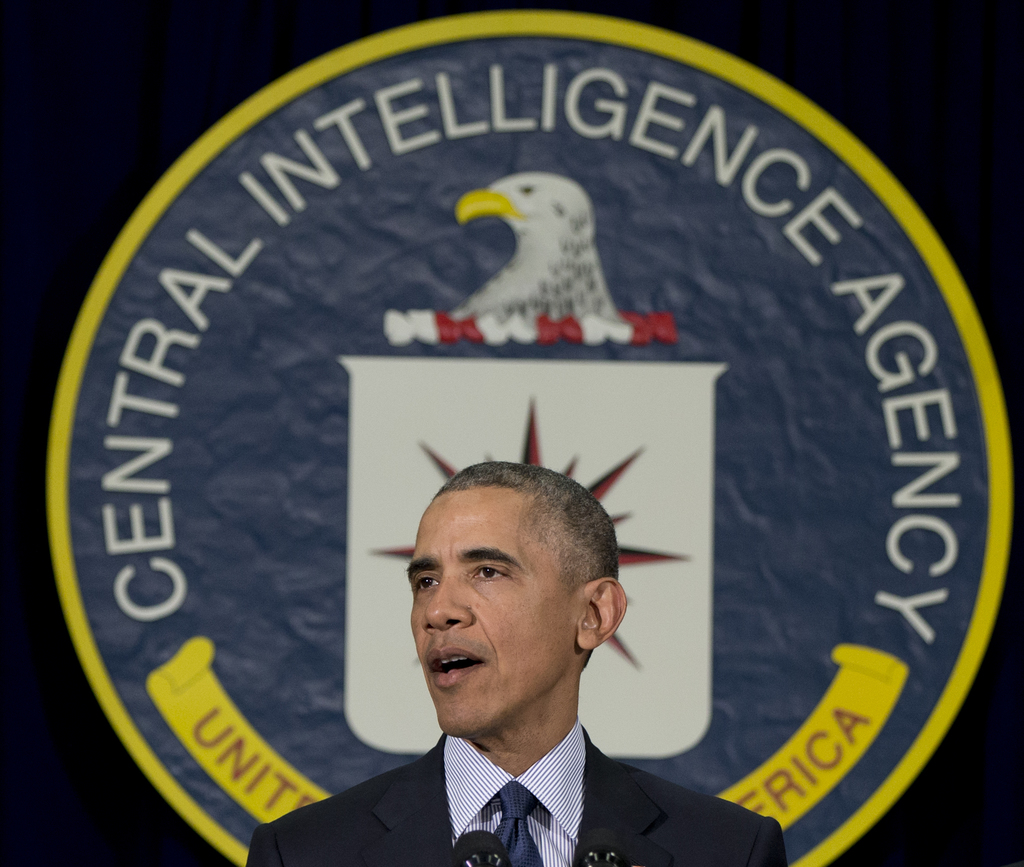 A corrected version of the story is below:

Over eight years, Obama ushered in a new era of diplomacy, re-establishing the United States as the driving force behind fighting climate change and reducing the threat of nuclear weapons. He restored unity between the U.S. and its allies after the divisive tenure of President George W. Bush and avoided adding another large-scale U.S. military commitment overseas.

But Obama also ran headlong into his limitations as the world's chief diplomat. His cautious and pragmatic approach to world affairs ultimately couldn't deliver on the founding promise of his presidency: ending wars.

He will leave office in January having failed to end the conflicts he inherited in Iraq and Afghanistan, settling instead for greatly reducing U.S. involvement in each. And he will pass on the woes of a raging civil war in Syria that he has been helpless to stop.

Historians will grapple with whether Obama's forward-looking diplomatic achievements, like the Iran nuclear deal and rapprochement with Cuba, will outweigh his failings.

Their calculus will depend heavily on how far Donald Trump goes to unwind these efforts. If the president-elect makes good on promises to unravel Obama's climate change, trade and nuclear agreements, he will leave Obama's legacy defined not by his ambition but by his restraint, for better or worse.

"The United States is stronger now than it was eight years ago," said David Milne, historian of U.S. foreign policy at Britain's University of East Anglia. He described Obama as a "retrenchment president" akin to Dwight Eisenhower. Obama is a president who will be "perhaps best remembered for the paths not taken," he said.

In his first speech as president, Obama told America's foes he would "extend a hand if you are willing to unclench your fist." He largely made good on that offer.

Obama's outreach yielded historic diplomatic breakthroughs, but not without levels of compromise that brought howls of protest from his Republican critics.

The U.S. rapidly removed years of painstakingly constructed oil, trade, and economic sanctions on Iran in return for stringent new constraints on its nuclear program. But the threat of Iranian atomic weapons isn't gone for good. Many of the restrictions on Iran start expiring next decade, which will permit Tehran to edge toward weapons capacity again.

In Cuba, restoring diplomatic relations with the tiny island led to greater economic ties and a new U.S. embassy. The developments haven't yet been accompanied by democratic reforms or human rights improvements from the communist government. Trump has spoken vaguely about demanding more from Havana, without promising a reversal.

The U.S. has embraced a new relationship with Myanmar, with Obama visiting the country twice, despite the military maintaining significant political influence in the country and ongoing abuses against minority Muslims. If anything, abuses have intensified since Obama lifted the last U.S. sanctions on Myanmar.

The Obama administration was caught off guard when the Arab Spring erupted in 2011. Its response veered sharply from promising cooperation with imperfect allies to championing protesters seeking new leaders. After a military coup in Egypt and a Shiite rebellion in Yemen, the U.S. returned to many of the same regional powers and entrenched national elites it had abandoned.

When Russia annexed Ukraine's Crimean peninsula in 2014, then supported an insurgency in eastern Ukraine, Obama responded with sanctions. They've had little effect on Moscow's strategic thinking and Russia hasn't retreated.

After Washington accused Beijing of a territorial grab in the South China Sea, all Obama could do was object.

But nowhere has Obama's foreign policy proved more ineffective and his resistance to military intervention more contentious than with Syria's civil war. President Bashar Assad's government and his Russian and Iranian sponsors have made a mockery of Obama's declarations that Assad's "days are numbered," while Obama has endlessly recycled a series of failed diplomatic tactics.

Even his proliferation record was undermined in Syria.

Obama declared the use of chemical weapons in the conflict a "red line" and Assad used them anyhow. Obama then backed down from his threat to respond with force, opting instead for a Russian-supported plan to remove much of Assad's declared chemical stockpiles. Since then, the U.S. says Syria's military has used other chemical agents instead. And the war only escalated.

Russia's military intervention on Assad's behalf led to a brief Obama effort to isolate Moscow. He quickly reversed course, turning to Moscow to stop the war diplomatically. That didn't work, either, as a string of cease-fires collapsed.

Obama has argued that the only other option was unacceptable.

"Unless we were all-in and willing to take over Syria, we were going to have problems," he told reporters at his year-end press conference. "And everything else was tempting because we wanted to do something and it sounded like the right thing to do. But it was going to be impossible to do this on the cheap."

The death toll has reached as many as a half-million people.

Obama's critics have called him feckless and weak. They've lampooned his talk about hitting "singles and doubles" in foreign policy, rather than swinging for the fences.

The president and his aides called his approach: "Don't do stupid stuff," often using a more profane term.

Both analyses reflect Obama's essential caution and pragmatism about one nation's ability to shape global events, prevent violence and expand freedom and stability.

This realism, as Obama termed it, was behind many of his earliest foreign policy decisions: resetting ties with Russia, leading to a new nuclear arms control treaty; offering a new beginning with Arab monarchs and despots threatened by the younger Bush's freedom agenda; "pivoting" from the unstable Middle East to rapidly growing Asia; emphasizing multilateral coalitions, as evidenced by the NATO-led bombing campaign against Libyan dictator Moammar Gadhafi.

The White House long believed this Obama doctrine would be propelled, in part, by the power of his personal story. The son of a father from Kenya and mother from Kansas, who spent part of his childhood in Indonesia, Obama at times presented himself as a model for a new, more connected world and a generation less inclined to see U.S. military intervention as the solution to most problems.

"He thought that his personal charms, whatever they are, could do away with the adversarial relations that the United States had with Russia, China, Iran and so on," said Michael Mandelbaum, professor emeritus at John Hopkins University, School of Advanced International Studies. "Presidents always overrate their own personal efficacy."

Obama continues to argue his critics overrate the effectiveness of U.S. military intervention.

As he described his restraint in Syria, he posed the questions that have dogged him for years — ones that will now fall to his successor.

"Ultimately what I've had to do is to think about, what can we sustain, what is realistic?"