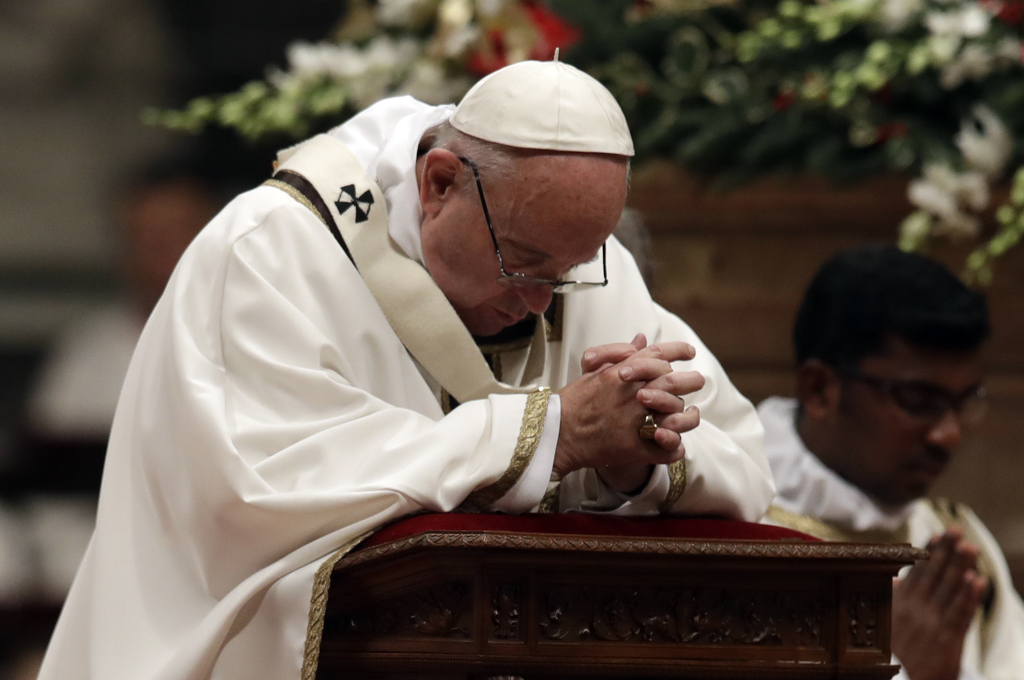 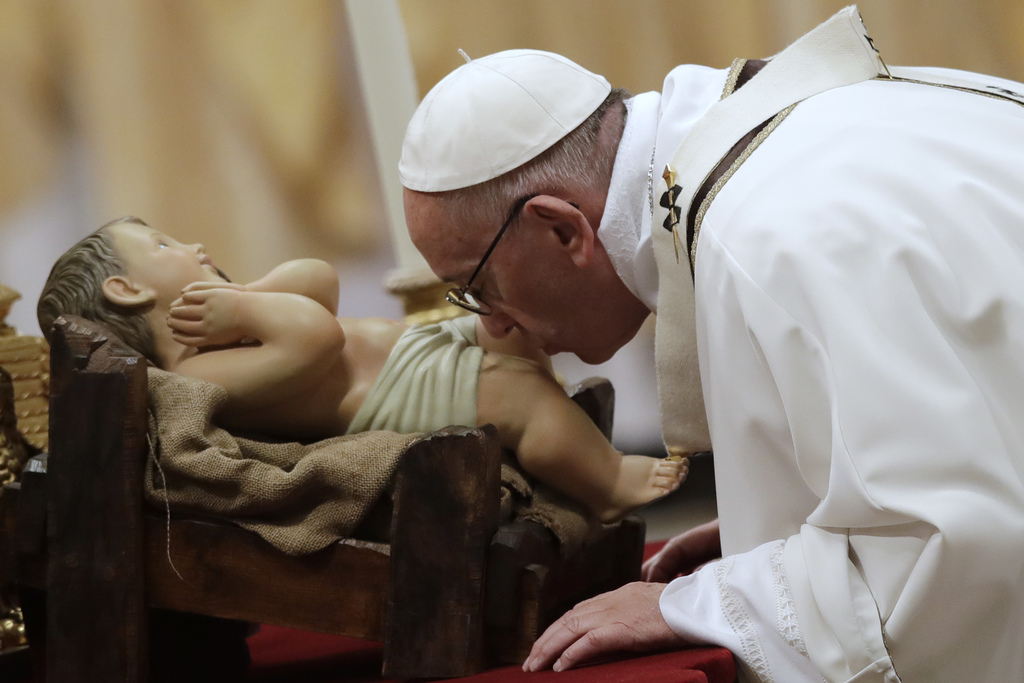 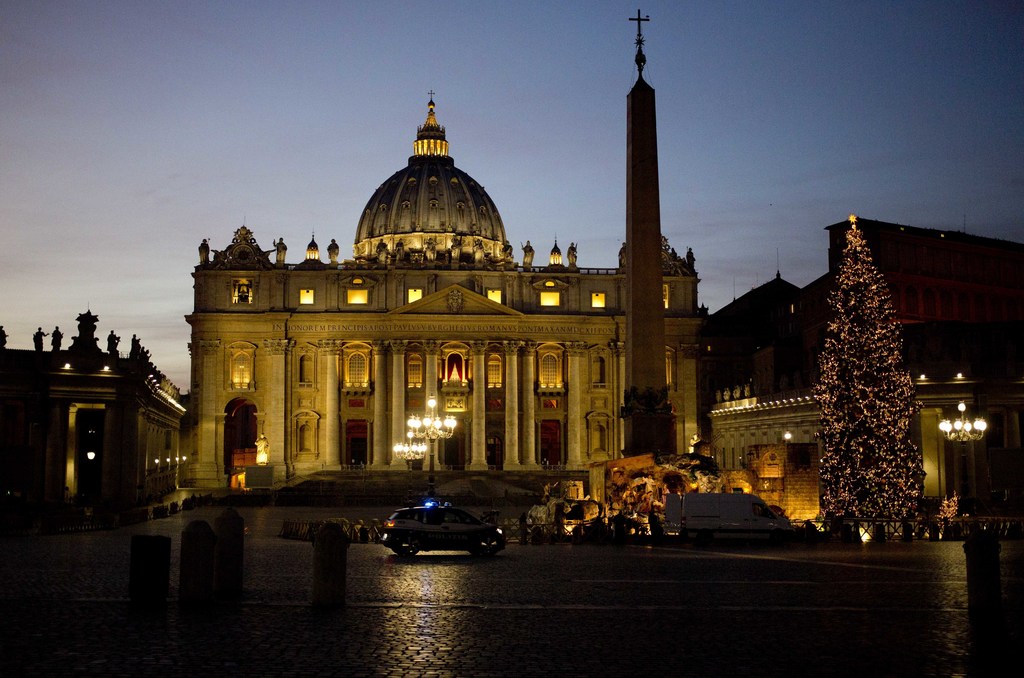 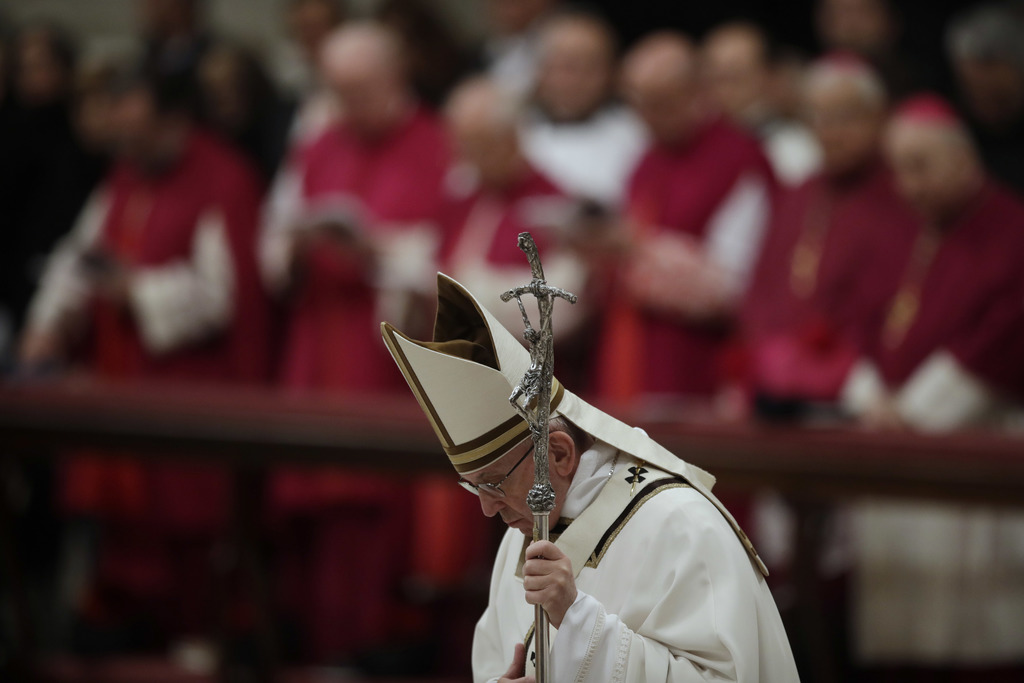 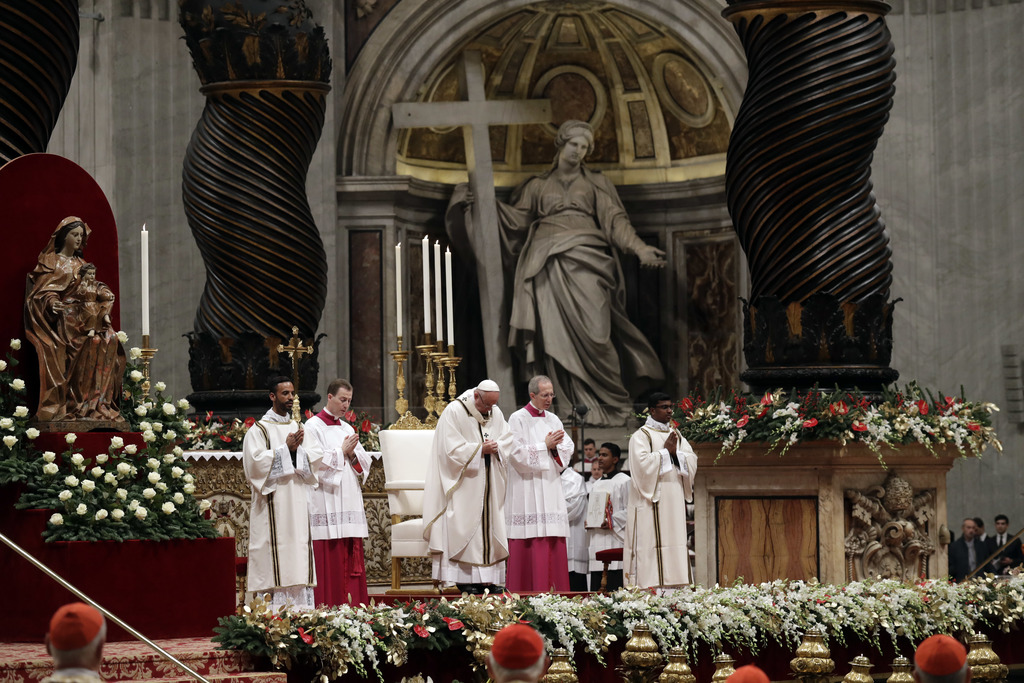 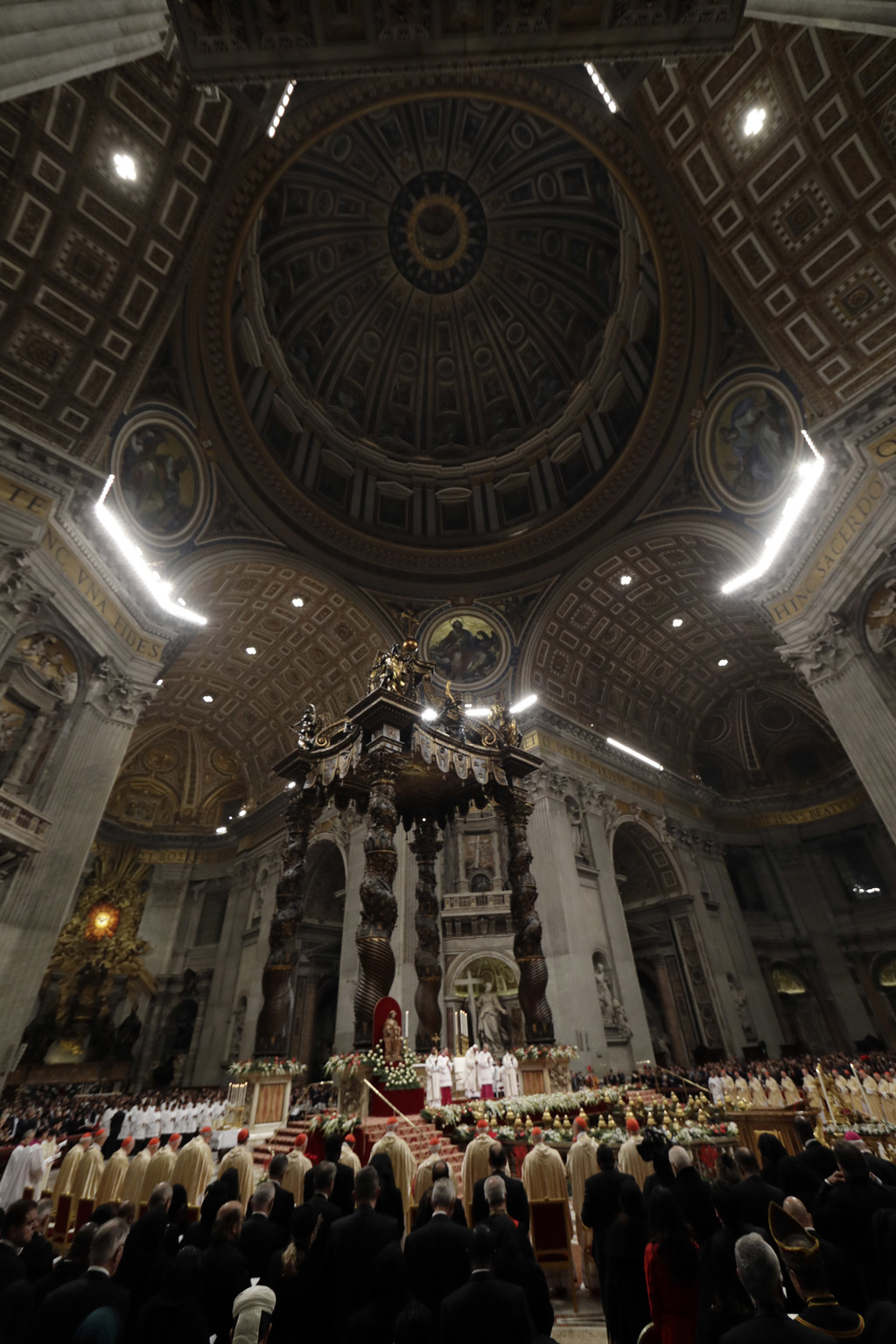 VATICAN CITY (AP) — Pope Francis urged Christians to celebrate the birth of Jesus by thinking about the plight of today's children, bemoaning how some must escape bombs or flee in migrant boats and how others are prevented from being born at all.

Francis celebrated a somber Christmas Eve Mass in a packed St. Peter's Basilica, processing to the altar behind cardinals draped in golden vestments as the Sistine Chapel choir sang "Gloria" and the church bells rang out across Rome.

Francis has spent much of the year denouncing the Islamic extremist violence that has driven Christians from Mideast communities that date to the time of Christ. He has also demanded Europe in particular do more to welcome refugees, saying Jesus himself was a migrant who deserved more than being born in a manger. And he has called out the wasteful ways of the wealthy when children and the poor die of hunger every day.

In his homily, Francis urged his flock to reflect on how children today aren't always allowed to lie peacefully in a cot, loved by their parents as Jesus was, but rather "suffer the squalid mangers that devour dignity."

Among the indignities, he said, are "hiding underground to escape bombardment, on the pavements of a large city, at the bottom of a boat overladen with immigrants."

"Let us allow ourselves to be challenged by the children who are not allowed to be born, by those who cry because no one satiates their hunger, by those who do have not toys in their hands, but rather weapons," he added.

The Mass late Saturday was the first major event of the Christmas season, followed by Francis' noon Urbi et Orbi (To the city and the world) blessing on Christmas Day.

In another appeal, Francis called for the faithful to not get caught up in the commercialization of Christmas — "when we are concerned for gifts but cold toward those who are marginalized."

Materialism has "taken us hostage this Christmas," he said. "We have to free ourselves of it!"