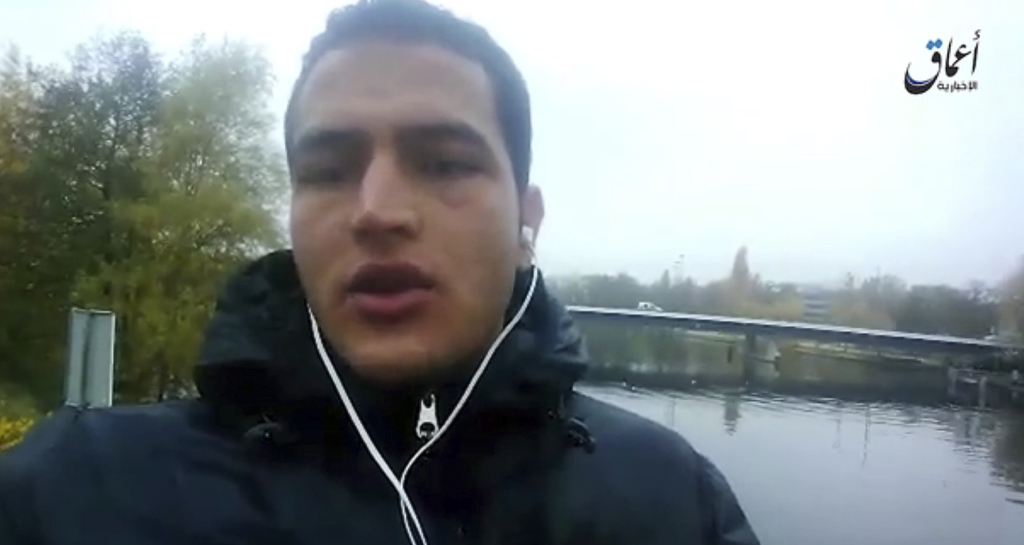 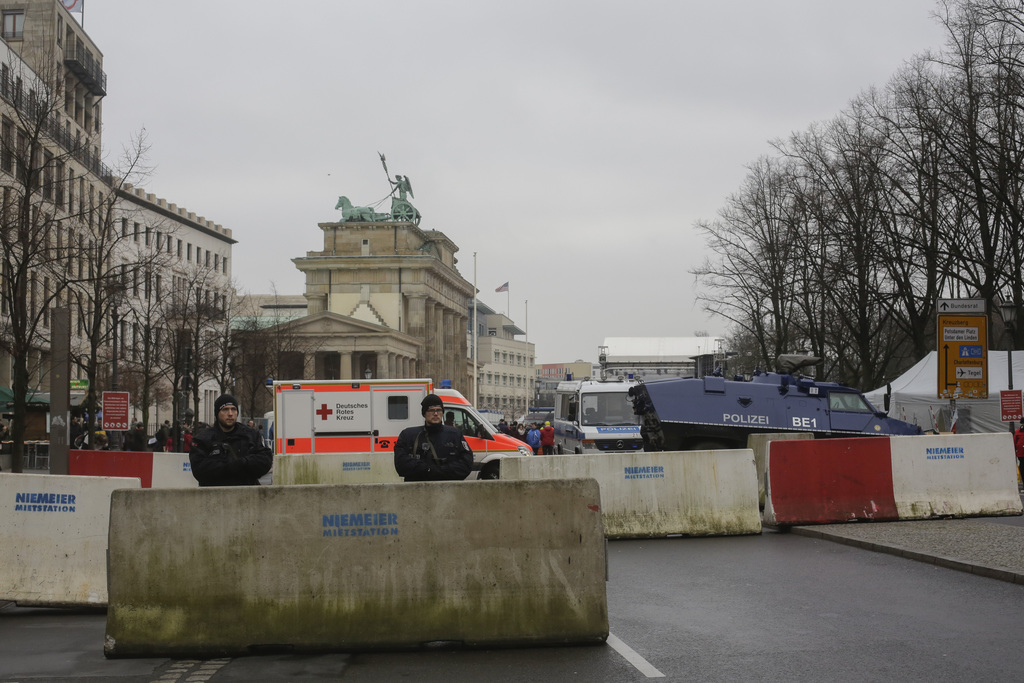 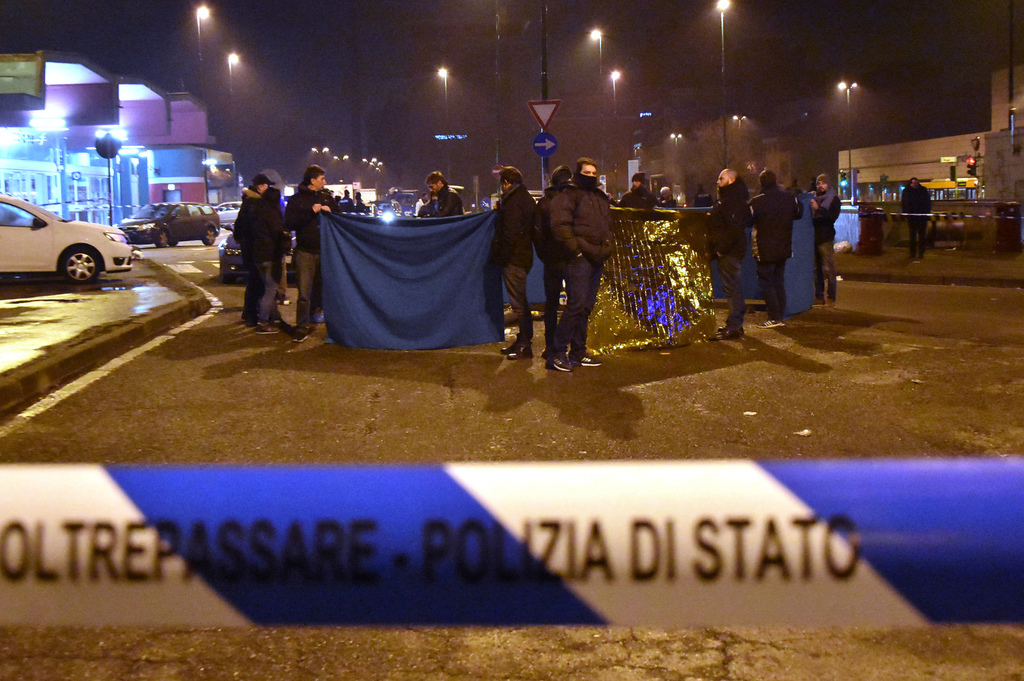 Europe's No. 1 terrorism suspect crossed at least two borders this week despite an international manhunt, and was felled only by chance, in a random ID check. The bungled chase for Berlin attack suspect Anis Amri is just one example of recent cross-border security failures that are emboldening nationalists fed up with European unity. Extremist violence, they argue, is too high a price to pay for the freedom to travel.

Defenders of the EU's border-free zone say the security failures show the need for more cooperation among European governments, even shared militaries — not new barriers. Hidebound habits of hoarding intelligence within centuries-old borders, they contend, are part of the problem.

But their arguments are easily drowned out by the likes of far right leader Marine Le Pen, hoping to win France's presidency in May.

"The myth of total free movement in Europe, which my rivals are clinging to in this presidential election, should be definitively buried. Our security depends on it," she said in a statement Friday, calling the free-travel zone a "total security catastrophe."

That poses a dilemma for EU devotees like German Chancellor Angela Merkel, facing a re-election battle next year.

Her defense of the EU, and the open hand she extended to Syrian war refugees, were once seen as assets, signs of her moral authority. Today, with anti-immigrant, anti-establishment sentiment rising across Europe, they are threatening to become liabilities.

Millions cross borders in the 26-country Schengen travel zone every day, thanks to a 31-year-old system encompassing nearly 400 million people that has dramatically boosted trade and job prospects across the world's largest collective economy.

It's a pillar of a system designed to prevent new world wars — a system that's under growing strain. While EU countries debated over how to manage an influx of migrants last year, eastern nations rebuilt fences and exposed EU weaknesses.

The German far right is insisting on closing the borders. Merkel's conservatives are suggesting "transit zones" to hold migrants at the borders while their identity is confirmed, and making it easier to hold people in pre-deportation detention.

Berlin attacker Amri is a painful example of how Islamic extremists have used Europe's open borders to attack the principles of tolerance they're meant to epitomize.

After migrating illegally from Tunisia in 2011, he was imprisoned for burning down a migrant detention center in Italy. When freed, attempts to deport him to Tunisia failed for bureaucratic reasons. He subsequently traveled to Switzerland and then Germany, where he apparently fell under the influence of a radical network accused of recruiting for the Islamic State group.

Though his asylum application was rejected and he was flagged as a potential terror threat, Germany obediently waited for Tunisia to produce his paperwork before deporting him.

And just as the deportation was being finalized Monday, Amri is believed to have hijacked a truck and rammed it into holiday crowds at a Berlin Christmas market, killing 12 and wounding dozens.

He evaded an international manhunt for more than three days, slipping apparently into France — possibly with a pistol in his pocket — and then Italy before stumbling into a standard ID check in suburban Milan, where he died in a police shootout.

Germany, France and Italy have failed to explain how he escaped the dragnet.

"Movement from one country to another in Europe is easy, especially for someone like Anis Amri, who had lived in Europe for several years" and knew which borders were easier to cross, said Tunisian Foreign Ministry spokesman Bouraoui Limam.

It's been under high security as part of a state of emergency since last year. It's acutely aware of the risks of violence on trains, after American passengers thwarted an attack on a Paris-Amsterdam train in 2015.

Yet French President Francois Hollande visited the Alpine town of Chambery on the same day that Amri is believed to have passed through its train station en route to Italy, unnoticed by border guards or the president's security detail.

The next morning, as Italian police were identifying Amri's body, France's interior minister visited a Paris train station to talk about vigorous transport security in place for the holidays.

France's far right and the conservative opposition assailed the Socialist government as lax.

"It's a veritable kitchen strainer," said Eric Ciotti, lawmaker for the Republicans. "How could this person enter in Europe without being monitored? How could we let him settle in Europe?"

What's worse, it's not the first time.

Last year, hours after IS extremists killed 130 people at multiple targets in Paris, key suspect Salah Abdeslam fled to Belgium despite increased checks on both the French and Belgian borders. It took authorities four months to find him. Further, Abdeslam, a French national, had traveled through the Italian port of Bari on a roundtrip journey to Greece in August, months before the attack.

And in 2014, Mehdi Nemmouche allegedly killed four people at the Jewish Museum in Brussels, then crossed into France and traveled to the Mediterranean city of Marseille before being picked up in a police check.

Security and migration will be central issues in elections in the coming year in Germany, France and the Netherlands — all founding nations of the EU. And related fears could be key to fueling opposition calls for early elections in Italy after the recent political crisis.

"I don't want another two or three massacres before Europe wakes up," Salvini said Saturday.

A candidate for France's left-wing primary next month, Vincent Peillon, pleaded Friday for joint European rules on borders, defense and intelligence. "It's all of Europe that is being attacked," he said.

Le Pen's party, though, wants to retrench rather than reach out. She says she wants to "give France back full control over its sovereignty."

As Europeans head home for the holidays, many crossing multiple borders on the way without showing a single passport or changing any currency, people are asking themselves: Is it all worth it?