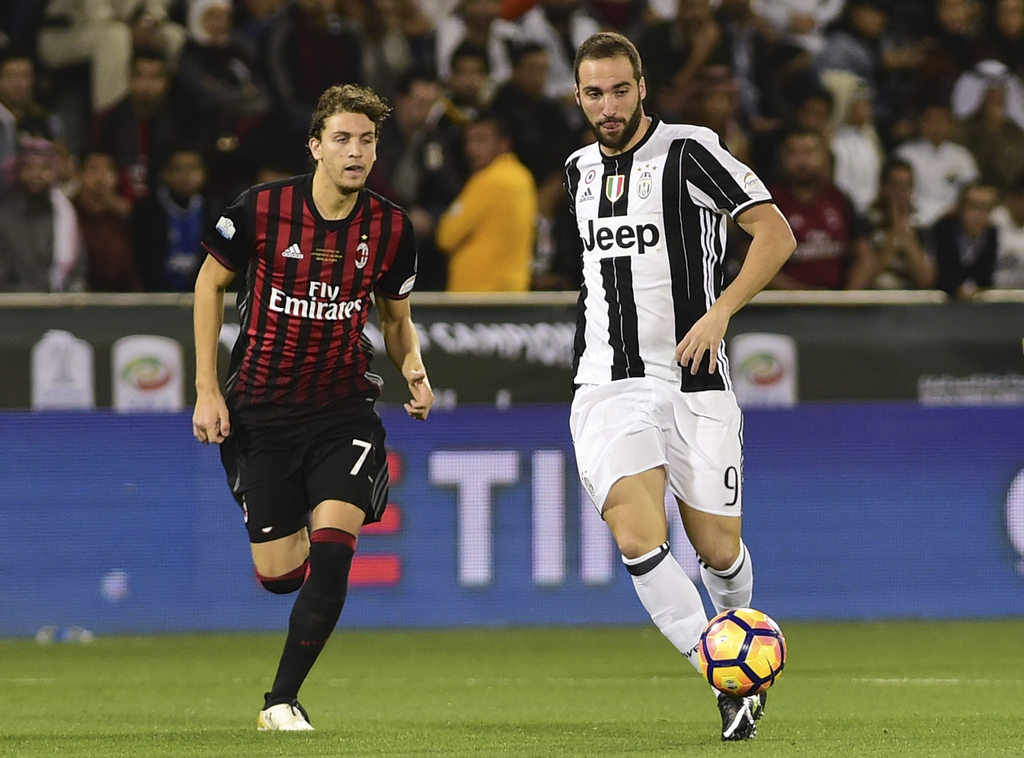 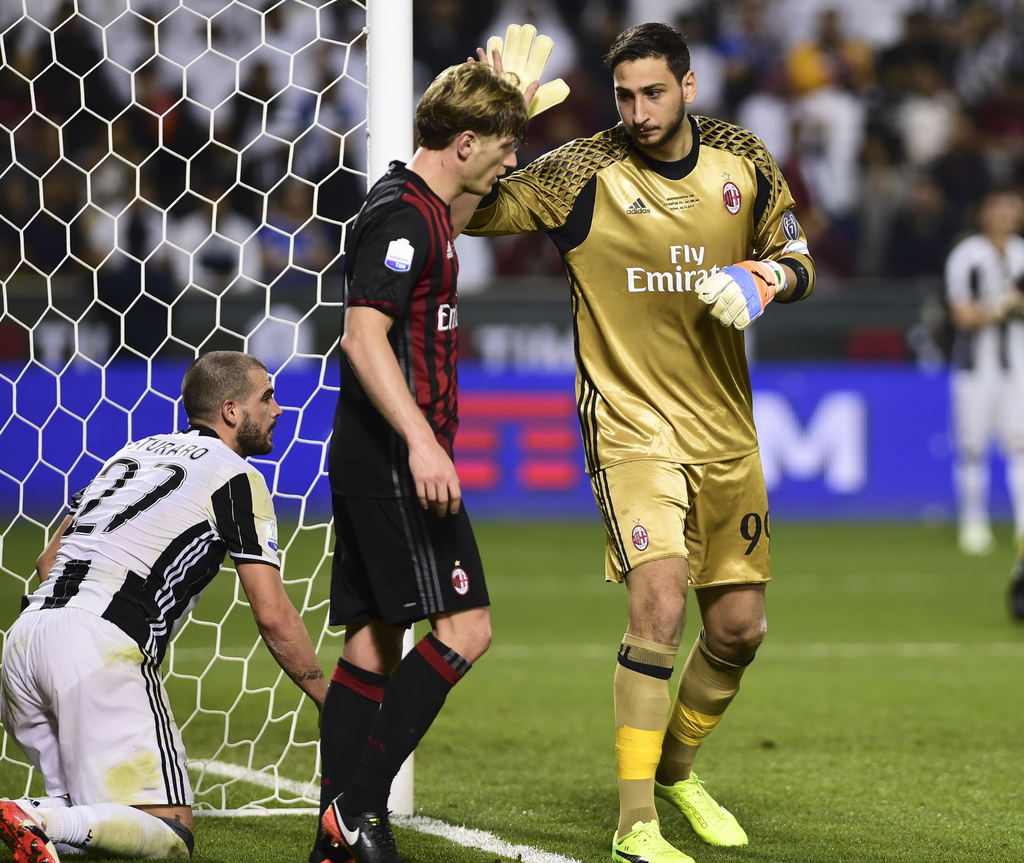 A group of local players brought up through Atalanta's youth system leading the Bergamo squad to six straight wins and a nine-match unbeaten run.

While Juventus is seemingly marching unopposed to a record sixth straight Serie A title, it's been the unexpected stories of Milan and Atalanta that have kept the Italian league attractive entering the holiday break.

Milan's 17-year-old goalkeeper Gianluigi Donnarumma and 18-year-old midfielder Manuel Locatelli have helped the Rossoneri emerge from three years of mediocrity with a mix of youthful energy and enthusiasm plus exceptional skills.

Locatelli's decisive goal in a 1-0 win over Juventus in October was a work of art, while Donnarumma is already drawing comparisons to Juventus and Italy goalkeeper Gianluigi Buffon.

In Bergamo, Atalanta features nine homegrown players on its first team — the most in Serie A — and regularly uses them. They include 22-year-old defenders Mattia Caldara and Andrea Conti, 21-year-old striker Andrea Petagna — all members of Italy's under-21 squad — and 22-year-old midfielder Roberto Gagliardini, who was given his first call up to Italy's senior national team recently after only nine Serie A appearances.

With a 1-0 win over Roma last weekend, Juventus holds a four-point lead over the Giallorossi and a match in hand.

Since Serie A was founded in 1929, no club has won more than five straight titles.

Torino won five consecutive titles from 1943-49 (a period disrupted by World War II), Inter Milan took five straight from 2006-10 and Juventus claimed a handful from 1931-35 before its current streak.

Roma forward Edin Dzeko is a player transformed this season.

Initially a disappointment after transferring from Manchester City in August 2015, Dzeko is now displaying the same ruthlessness in front of goal as in his best seasons in the Premier League.

The Bosnia and Herzegovina forward has scored 13 goals in Serie A this season — five more than he netted in 31 appearances in his debut campaign — and is second in the Serie A goalscoring charts, one behind Inter Milan forward Mauro Icardi.

Dries Mertens has also been outstanding for Napoli, filling in for the departed Gonzalo Higuain and the injured Arkadiusz Milik at center forward. The Belgium international has scored eight goals in his last three matches.

After AC Milan goalkeeper Gianluigi Donnarumma burst onto the scene last season, it's now the turn of teammate and fellow teenager Manuel Locatelli.

Locatelli, who is already being compared to Andrea Pirlo, scored his first Serie A goal against Sassuolo and netted a spectacular winner against Juventus.

They were the first two on-target Serie A shots of his career.

The 18-year-old Locatelli was called up for a three-day Italy training camp last month and it surely will not be long before he joins Donnarumma in the full squad.

In terms of salaries, Atalanta ranks 15th in Serie A. On the pitch, however, it's been a different story for the provincial club, which has relied on homegrown talent to reach sixth place — only three points from the Champions League spots.

Besides the locally grown players, Atalanta has thrown in a couple of talented foreigners like 20-year-old Ivory Coast midfielder Franck Kessie and Slovenia midfielder Jasmin Kurtic, who lead the team with six goals each.

Gian Piero Gasperini, Atalanta's first-year coach, was hardly given a chance at Inter Milan, where he was fired after five winless matches in September, 2011.

In its 109-year history, Atalanta has spent 56 seasons in Serie A — more than any other club which has never won the top division.

Just beginning to rediscover its groove under new coach Stefano Pioli, Inter Milan still has a long way to go to avoid a sixth straight season out of the Champions League.

Since Pioli replaced the fired Frank De Boer in November, Inter has lost only once in the league and finally looked solid in a 3-0 win over Lazio this week.

Still, there remain questions over the club's management since Suning, the Chinese retail giant, took control of 70 percent of Inter in June.

The Nerazzurri are in seventh place.

Serie A resumes with a full slate of matches Jan. 7-8.