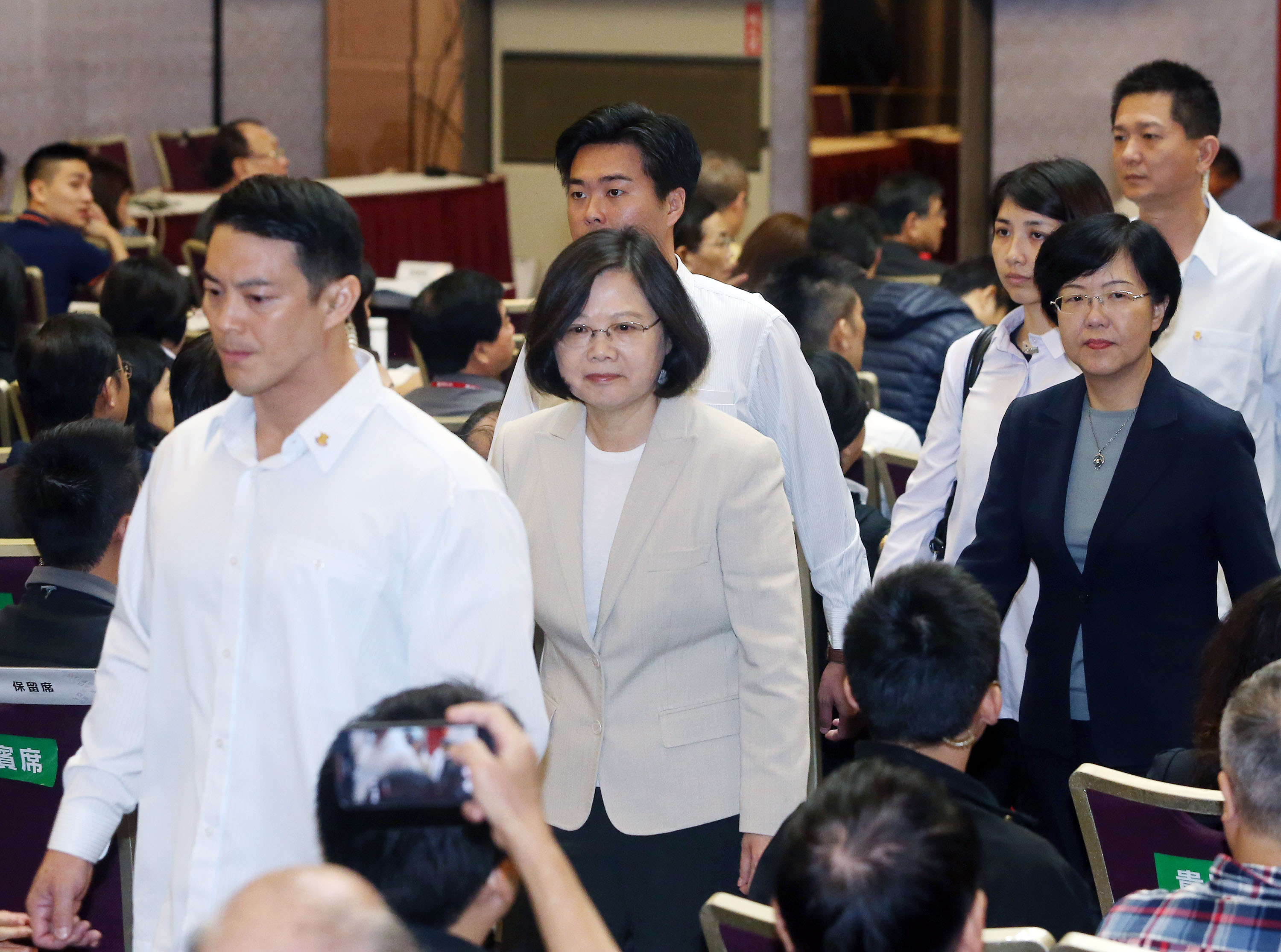 TAIPEI (Taiwan News) – Support for President Tsai Ing-wen plunged to below 30 percent for the first time since she was sworn in last May, with her government’s handling of workweek reform a crucial factor, according to an opinion poll presented by cable station TVBS.

Premier Lin Chuan, whose popularity ratings fell much earlier than Tsai’s, was performing worse than the president in the survey.

According to TVBS, only 27 percent of respondents expressed satisfaction with Tsai’s performance in office, while 48 percent said they were dissatisfied and 26 percent offered no opinion.

Lin received a satisfaction rating of 24 percent, with 50 percent saying they were dissatisfied about the former finance minister’s performance as premier.

As a whole, Lin’s Cabinet team received the support of 23 percent, while 56 percent said they were dissatisfied with its actions.

However, looking toward the future, 42 percent said they still had confidence in Tsai’s ability to govern the country, with a similar 43 percent expressing the opposite view. A total of 35 percent said Tsai and her administration were moving in the right direction, and 29 percent said they were going the wrong way.

Turning to dominant issues of the past few months, the government’s difficult passage of a new workweek system found only 26 percent support with the poll respondents, while 50 percent expressed dissatisfaction about the way in which the Tsai Administration had handled the topic.

Labor activists and opposition parties protested repeatedly against the abolition of seven out of 19 annual days off, even though their disappearance was met with other concessions.

As to Tsai’s December 2 phone call to United States President-elect Donald Trump, 29 percent said it would have a positive influence on Taiwan, 21 percent saw it as negative, 31 percent said it did not matter, and 20 percent offered no opinion.

The call angered China, but some commentators warned it could mean Trump was planning to use Taiwan’s interests as a bargaining chip in future trade talks with Beijing.

The TVBS poll was conducted on December 20-22, produced 947 valid results and rated a margin of error of 3.2 percent, the cable station said.