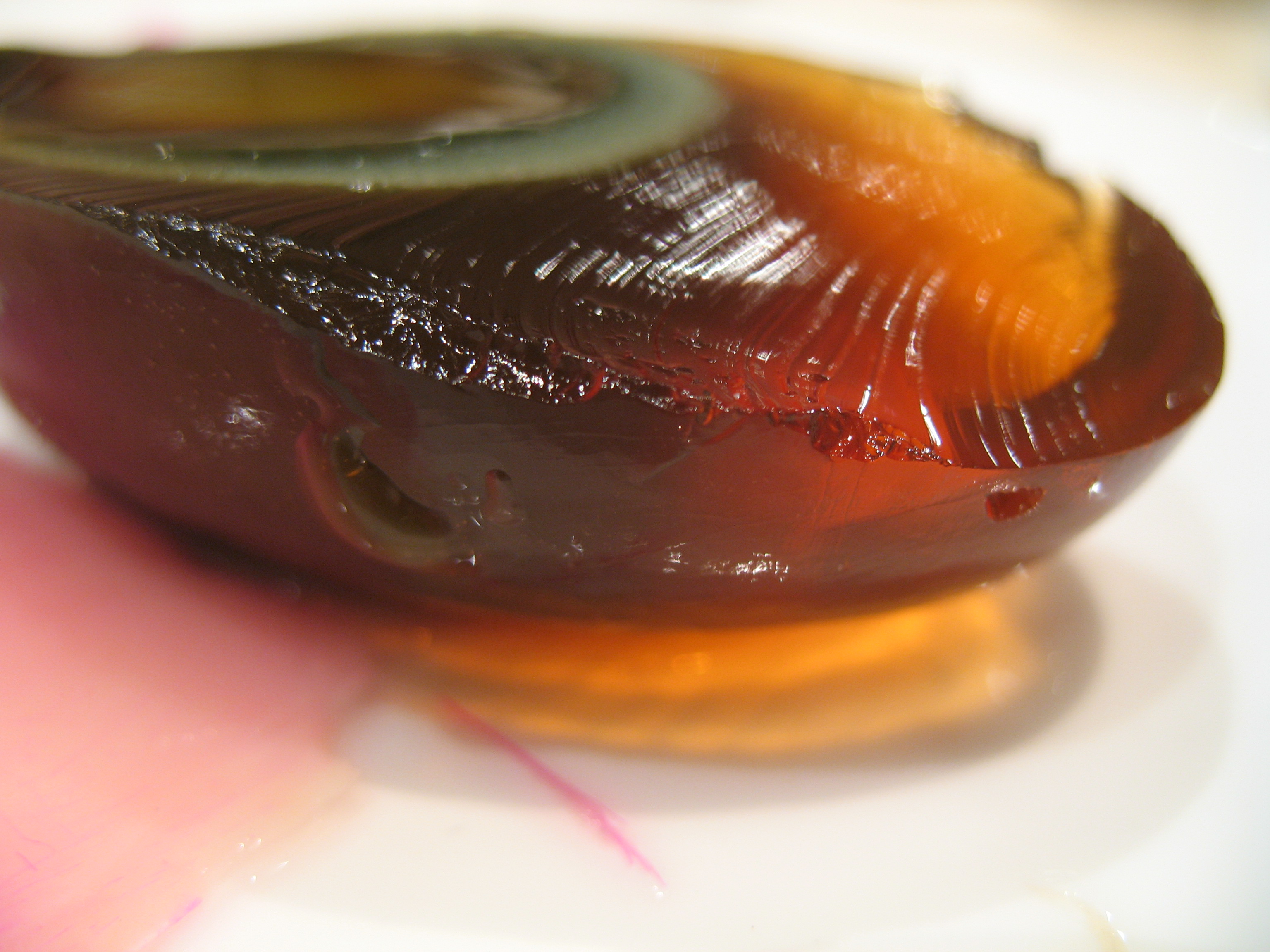 Taipei (Taiwan News) -- Having been named the world’s most disgusting delicacy by Forbes, century egg, also known as preserved egg or pidan, has been widely used in Taiwanese cooking in dishes such as congee or chilled tofu. Some say they have been told by older generations that the century egg, with its particular strange, pungent, or even urine-like odor, is cured in horse urine.

Taiwan's Food and Drug Administration (FDA) recently posted in its 'Myth-busting section' to debunk the myth of 'eggs cured in horse-urine' and unveiled methods for making century eggs.

Century eggs were made either with chicken or duck eggs buried in a mixture of clay, ash, and alkaline substances for 45-60 days until the white has turned dark brown, the yolk is greenish-black, and the shell becomes speckled.

There are three major methods for making century eggs, according to the FDA, including coating, soaking, and a mix of the above. In the first method, the manufacturer applies quick lime, plant ash, and other alkaline substances onto the shell. In the second method, the manufacturer soaks the egg in solution containing sodium hydroxide. The other method is a mix the two. The time required for soaking is usually 45 days in summer and 60 days in winter.

The maximum residue limits (MRLs) for lead and copper in preserved eggs have been established by the FDA to ensure food safety: the residue of lead and copper should not exceed 0.3ppm and 5ppm, respectively.

As for the nutritional value of the century egg, Formosa Cancer Foundation nutritionist Cheng Hsing-yi says it contains one third less Vitamin A and half the Vitamin B in a fresh egg. Consumers are advised not to consume more than one preserved egg, weighing around 60-70 grams, per day.