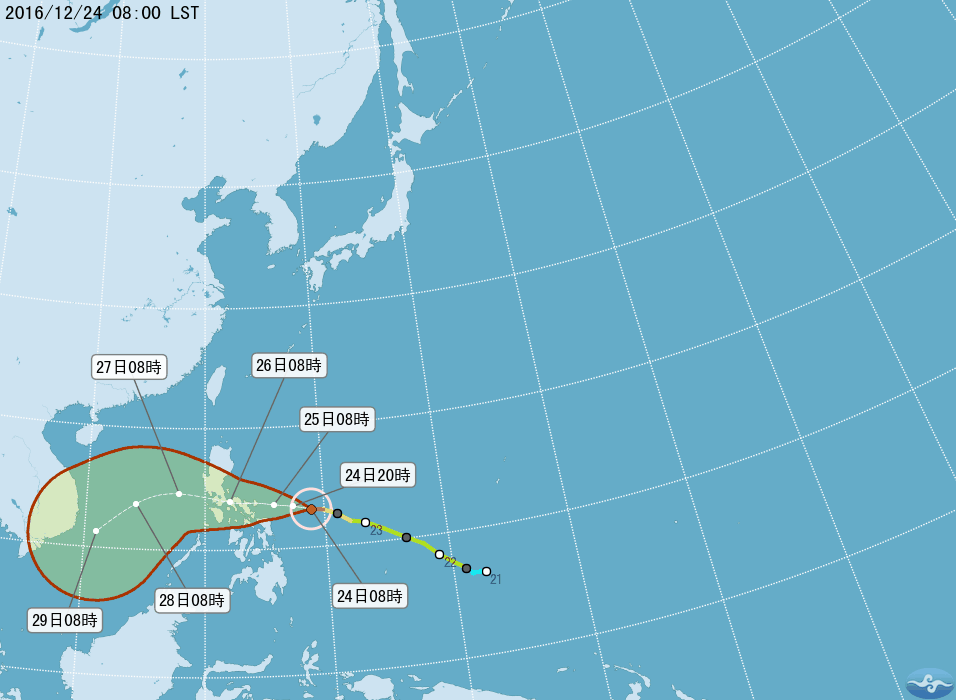 TAIPEI (Taiwan News) – A rare winter typhoon, Nock-ten, has grown into a full-blown supertyphoon likely to hit the Philippines on Christmas Day, with its outer rim influencing the weather in Taiwan beginning Tuesday.

The Central Weather Bureau said the storm had reached supertyphoon level on Saturday morning, when its eye was still 1,330 kilometers southeast of Taiwan.

While it was unlikely to come close to the island, it would bring rain from Tuesday onward, which would combine with a new cold front to make the weather chilly and humid at least until Thursday, forecasters said.

As to the supertyphoon, it was heading on a west-northwesterly course toward the Philippines, already the most likely country to be stricken by typhoons. Nock-ten could make landfall in the Central Philippines on Christmas Day before veering onto a southwesterly course after December 27, according to forecasters.

It is extremely rare for typhoons to emerge during winter. Nock-ten is the 26th such storm of 2016, weather experts said. Its name is an alternative spelling for nokten, the Laotian word for kingfisher.