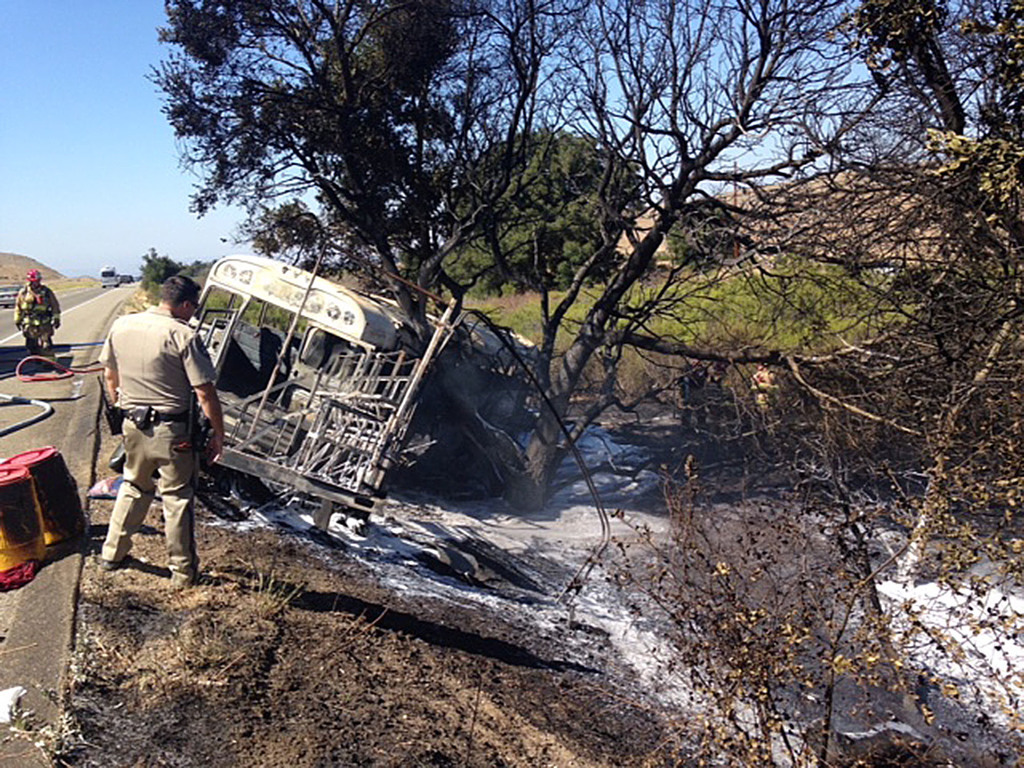 Following two 1963 crashes that resulted in the deaths of 59 migrant farmworkers, a member of Congress declared that the "plight of the migrant laborer in this country is an inexcusable and cancerous sore in the body politic." Safety legislation followed, and then, two decades later, Congress passed the Migrant and Seasonal Worker Protection Act (MSPA) to offer broader safeguards to these workers, notably in their transportation. But large numbers continue to be killed and maimed on the roads. Here are some of the factors at play.

ARE THE GROWERS HELD RESPONSIBLE FOR ACCIDENTS INVOLVING THE PEOPLE WORKING THEIR FIELDS?

The U.S. Department of Labor can hold the grower "jointly responsible" for an accident if there is proof that the employer directed or arranged for the transportation that led to the accident. Since so many farms are far removed from public transportation, worker advocates argue the grower must know that laborers are being transported long distances to the fields. Some growers say labor contractors whom they hire have the responsibility to ensure workers are safely transported. But in 1997, a federal court ruled in a Florida case that it was not sufficient for a grower to rely on a contractor's valid certificate of registration, saying, "Congress surely did not pass a law to impose additional responsibilities on agricultural employers, then turn around and say that all they must do is examine a piece of paper."

DOESN'T THE DEPARTMENT OF LABOR CHECK VEHICLES TO MAKE SURE THEY ARE IN COMPLIANCE?

Farm labor contractors are required to submit paperwork identifying vehicles to be used to transport workers, and proof that they have passed inspection. A standard job order — in which a contractor describes to DOL how it will house, feed and transport guest workers — states that all transportation provided "meets the requirements of applicable Federal, State, and Local laws and regulations. Transportation will be provided daily between living quarters and the employer's work site and return without charge to the worker." DOL says that between 2010 and 2015, its Wage and Hour Division found transportation violations in 1,623 cases. But the agency says it is limited in what it can do, noting it cannot even "pull vehicles over on the road."

WHAT IS THE DIFFERENCE BETWEEN A CAR POOL AND A "RAITERO?"

Legitimate car pools, in which workers chip in for gasoline and other expenses, are not covered by MSPA, though the usual seat belt, insurance and other rules apply. A "raitero" — derived from the English word "ride" — is someone who charges a per-head fee for each passenger. "Farm workers who ride with others, or especially raiteros, are often subject to outrageous and inconsistent charges, dangerous driving, and unreliable and unsafe vehicles," says the California Rural Legal Assistance Foundation. Following 63 deaths between 1994 and 1999, that state imposed strict farm labor vehicle certification requirements.

WHY WOULD A MIGRANT WORKER PUT UP WITH UNSAFE, ILLEGAL TRANSPORTATION PRACTICES?

Caitlin Ryland, an attorney with Legal Aid of North Carolina's Farmworker Unit, says workers fear being blacklisted if they complain. Even workers here legally on an H-2A visa can be stuck with large transportation bills if they speak up. Workers often pay their own costs up front and are reimbursed. But under federal regulations, reimbursement doesn't kick in until the worker has completed at least half of the contract period. "If a worker does not complete 50 percent of the work contract the worker will be required to repay the employer for the cost of travel and subsistence for which the worker has been reimbursed ...," reads one labor contractor's job order.

WHY CAN'T THE GOVERNMENT JUST PUT BAD ACTORS OUT OF BUSINESS?

Labor can "debar" a farm labor contractor for unsafe practices. But even debarment is no guarantee. According to a report from the Government Accountability Office, it is relatively easy for barred employers to "reinvent" themselves by starting new companies with different names. Even when DOL decides to revoke a company's certificate, it can take years. In the months leading up to a 2002 accident that killed 14 Guatemalan workers in Maine, worker advocates had begged Labor to revoke their employer's visa privileges. One official wrote that the company had "a lengthy and woeful history of non-compliance" dating back to at least 1984. The company was granted visa applications for another four years while the case wound its way through the process.