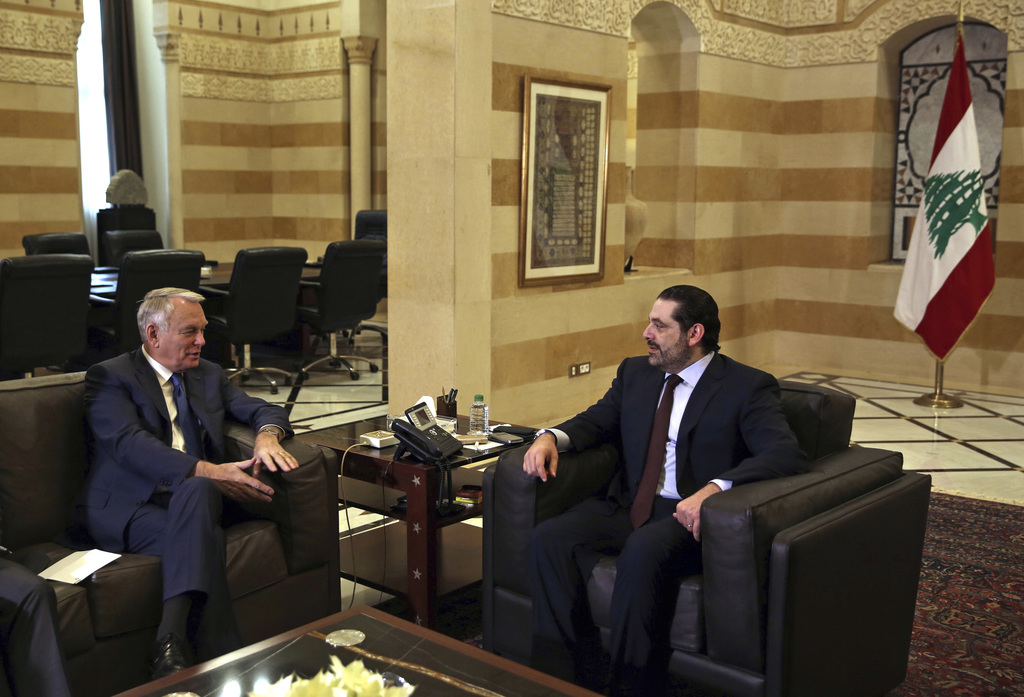 BEIRUT (AP) — The French foreign minister has expressed support for Lebanon's efforts to battle terrorism and host refugees during a visit to Beirut.

Jean-Marc Ayrault told reporters after meeting Prime Minister Saad Hariri on Thursday that France will stand by Lebanon as it seeks to contain the fallout from the war in neighboring Syria.

France is a strong supporter of Lebanon's army, which is fighting the Islamic State group and al-Qaida's Syrian branch in border areas. Both countries have been hit by a wave of terror attacks that killed scores of people over the past two years.

Lebanon is also home to some 1.2 million refugees, around a quarter of the country's population. Ayrault said France has given Lebanon 105 million euros ($110 million) to help it cope with the influx.