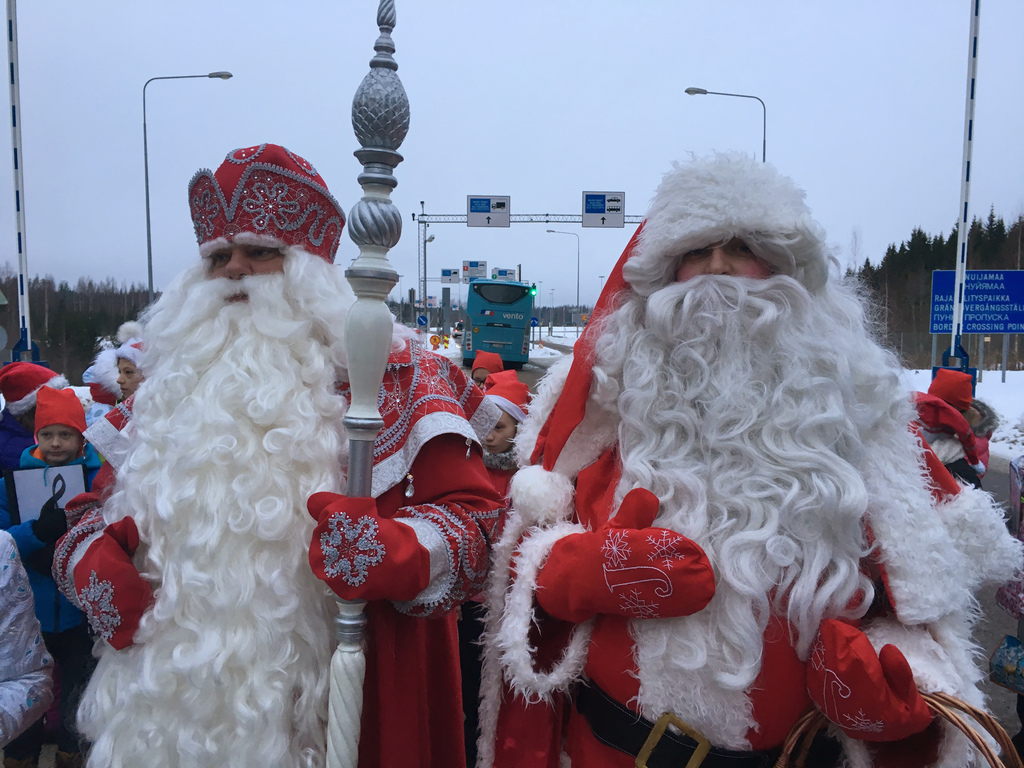 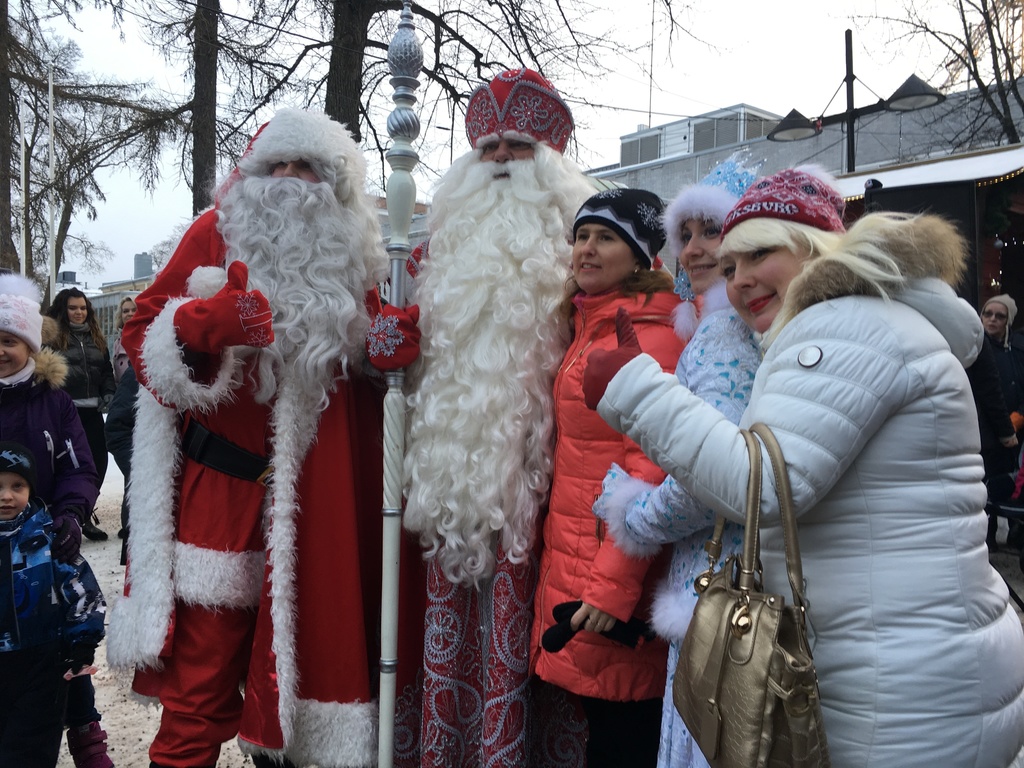 LAPPEENRANTA, Finland (AP) — Santa and Father Frost, not tanks and troops, have met up at the busiest border crossing between Russia and Finland.

But despite the jovial ho-ho-hos in the annual show of seasonal goodwill and neighborly friendship, there lies an increasing disquiet in the Nordic nation.

Finland shares a 1,300-kilometer (800-mile) border with Russia and is preparing to celebrate a centenary of independence from its huge eastern neighbor. Yet Russia's annexation of the Crimean Peninsula from Ukraine in 2014 remains an uneasy reminder that current borders can be changed by force.

Hannu Himanen, a senior security adviser at Finland's Foreign Ministry, says Finnish-Russian relations are "correct ... and as good as they can be" in the current environment.

"It has annexed Crimea. It is ... supporting a war, an armed conflict, in Ukraine which has caused a lot of anxiety in Europe, including also northern Europe and the Baltic Sea region," Himanen told The Associated Press. "The government doesn't see Russia as a threat but one could say Russia today is a source of concern. We have to watch Russia's behavior."

Finland's independence festivities begin with fireworks on New Year's Eve and last through the night into 2017, followed by scores of events during the year, culminating in the president's ball on Dec. 6, marking the day that Parliament declared independence from Russia in 1917.

"Independence is particularly important to Finns. We have a history of fighting for our independence either literally on the battlefield or then in terms of keeping a small society together," said Charly Salonius-Pasternak, senior researcher at the Finnish Institute of International Affairs. "Most Finns I know, in some ways, are planning on celebrating 100 years."

Preparations continue amid tensions in the Baltic Sea region, where non-aligned neighbors Finland and Sweden have watched Moscow's growing military muscle, including airspace violations by Russian military aircraft and the deployment of missiles in Russia's Baltic exclave of Kaliningrad. In a counter move, NATO has increased its presence in Baltic member states — Estonia, Latvia and Lithuania.

Finns are used to regional conflict.

After 700 years of Swedish rule, the area known as Finland served as a battlefield for Russian-Swedish conflicts and in 1809 it fell into Russian hands. However, as an autonomous grand duchy of the Russian Empire, it was allowed to develop politically — including forming a parliament — eventually leading to independence in the turmoil surrounding the Russian Revolution.

That independence proved difficult later on.

After an attack by Stalin's Red Army in 1939, Finland was drawn into two bitter wars, eventually forcing the evacuation of 400,000 people and ceding more than 10 percent of its territory to the Soviet Union, in line with the 1947 Paris Peace Treaties.

Salonius-Pasternak says that invasion attempt made the Finns increasingly wary of their geopolitical position.

"In terms of the actual battlefield, (Finland) kept its territory. This makes most Finns quite proud of this Herculean effort but because of this — and the experiences from the second World War — there's a recognition that if you live next to big country you have to take them into consideration," he said.

During the Cold War, Finland walked a fine line between East and West, subjecting foreign policy decisions for the Kremlin's approval in exchange for tacit permission to develop a capitalist economy.

Now the threats are of a different nature — cyberattacks, social media "trolls" and disinformation and propaganda campaigns — all believed to be orchestrated by Moscow, causing worry not just in government circles.

"There is enough circumstantial evidence and there are clear cases where pro-Russian accounts in the social media spread information, part of which is false and fake and invented," Himanen said.

Johan Backman, a pro-Russia activist at the Kremlin-funded Russian Institute of Strategic Studies, brushes off the criticism, saying that Finnish and European governments are afraid of what he calls "true information."

"Actually, Russian media is quite modest. (It) is delivering information about Russian decision-making and the brilliance of the Russian leadership, so it's not propaganda," he said.

Meanwhile, the "Santa summit" at Nuijamaa on Finland's eastern border took place Monday, with Russia's Father Frost and his granddaughter, Snow Maiden, arriving through a border no man's land to meet the Finnish Santa Claus.

"Truth be told, our nations have been friends for a very, very long time," Father Frost said. "Friendship does not have borders territorially. I want to congratulate all, all of the people of the world with the approaching New Year. And let all your dreams come true. Happy New Year."