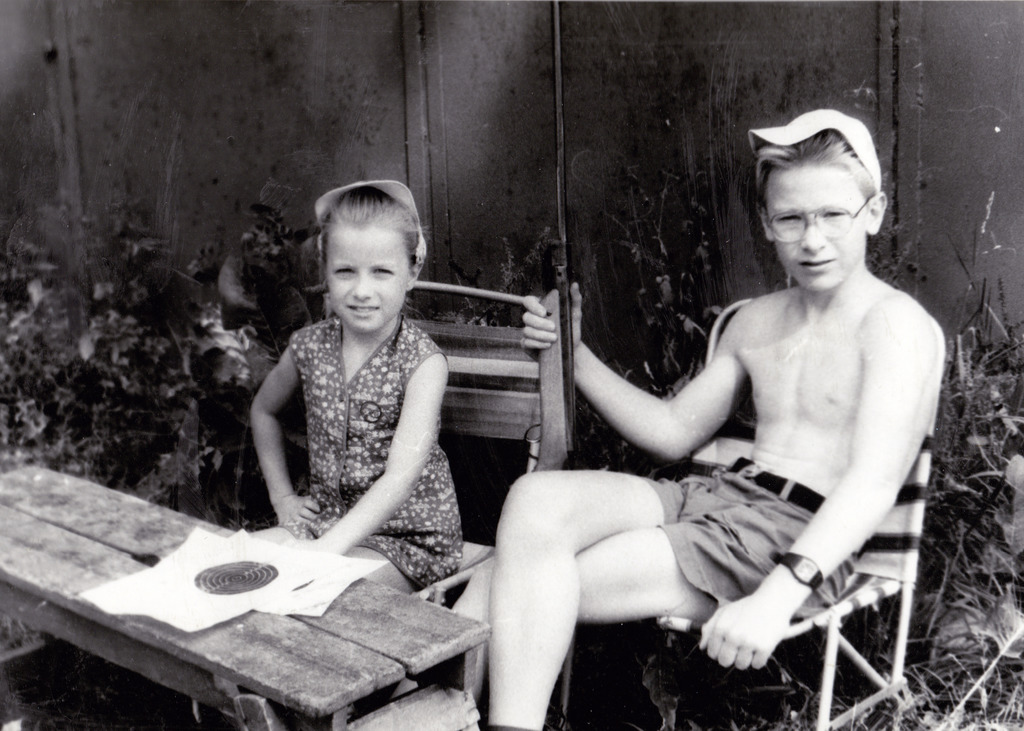 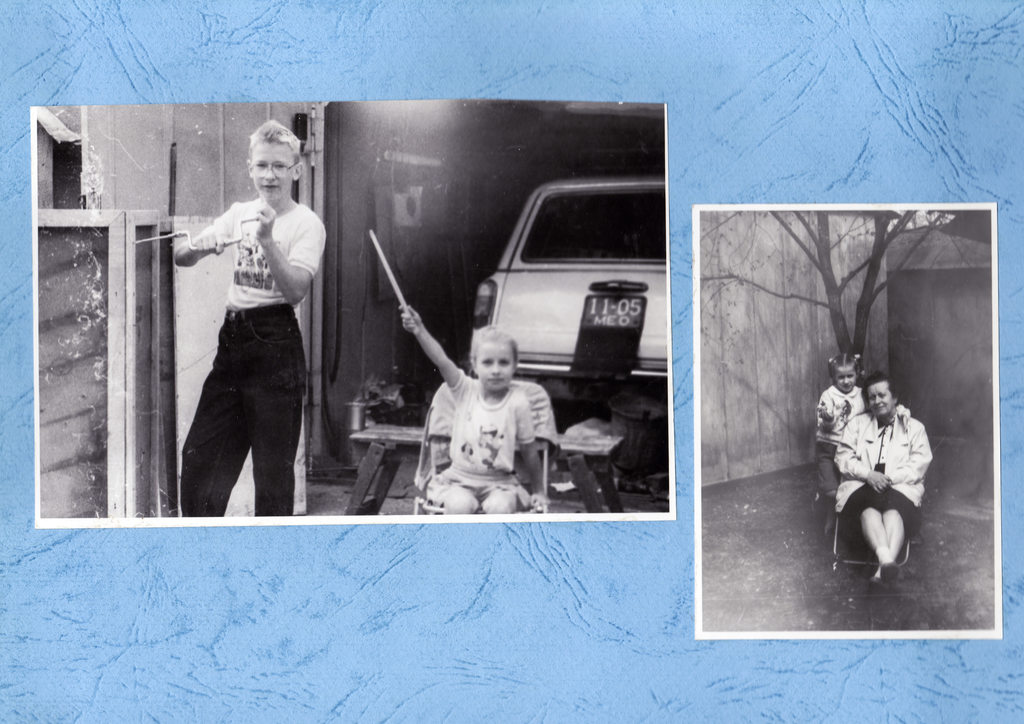 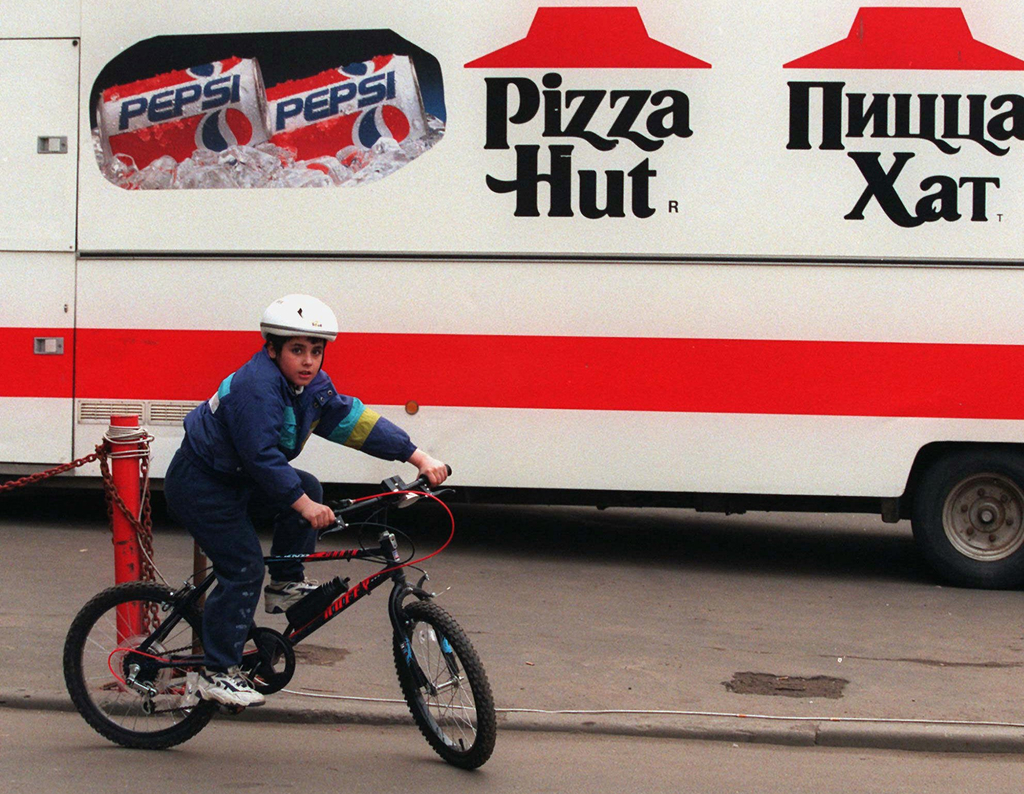 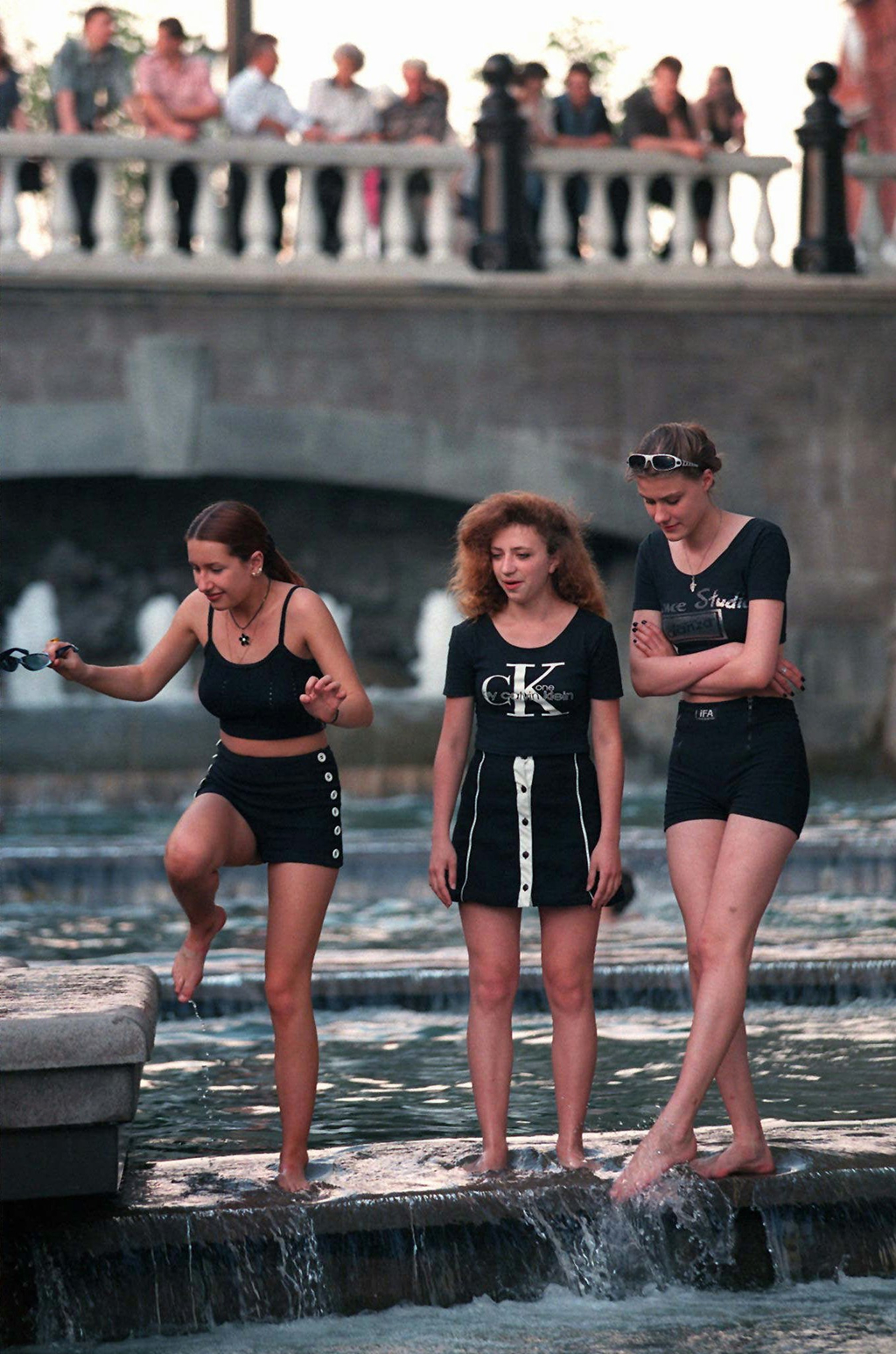 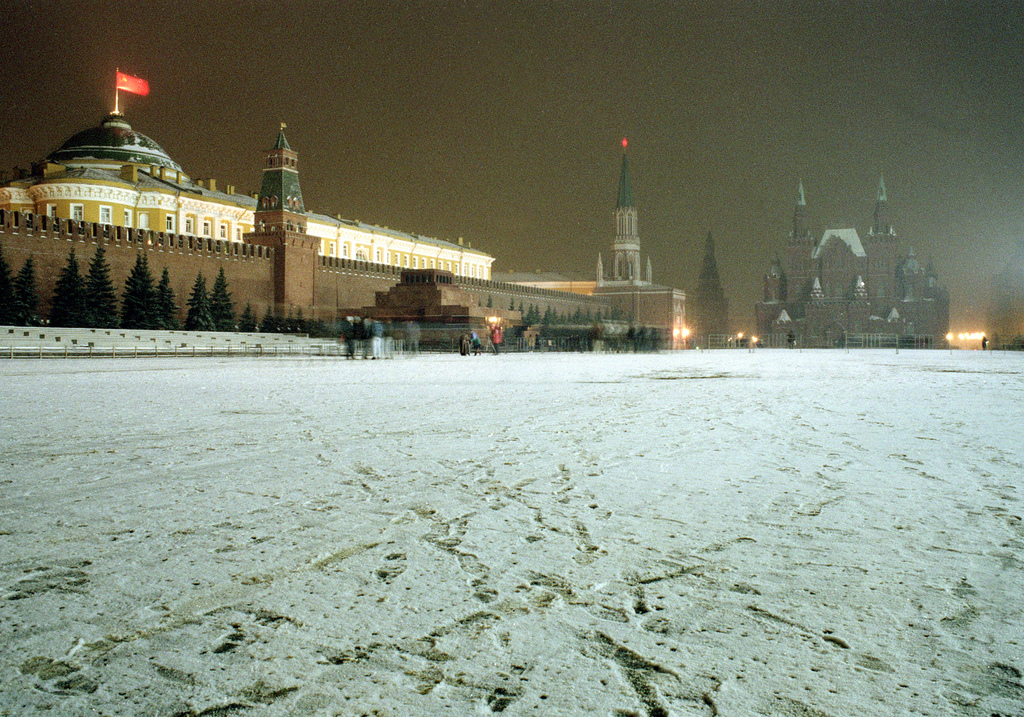 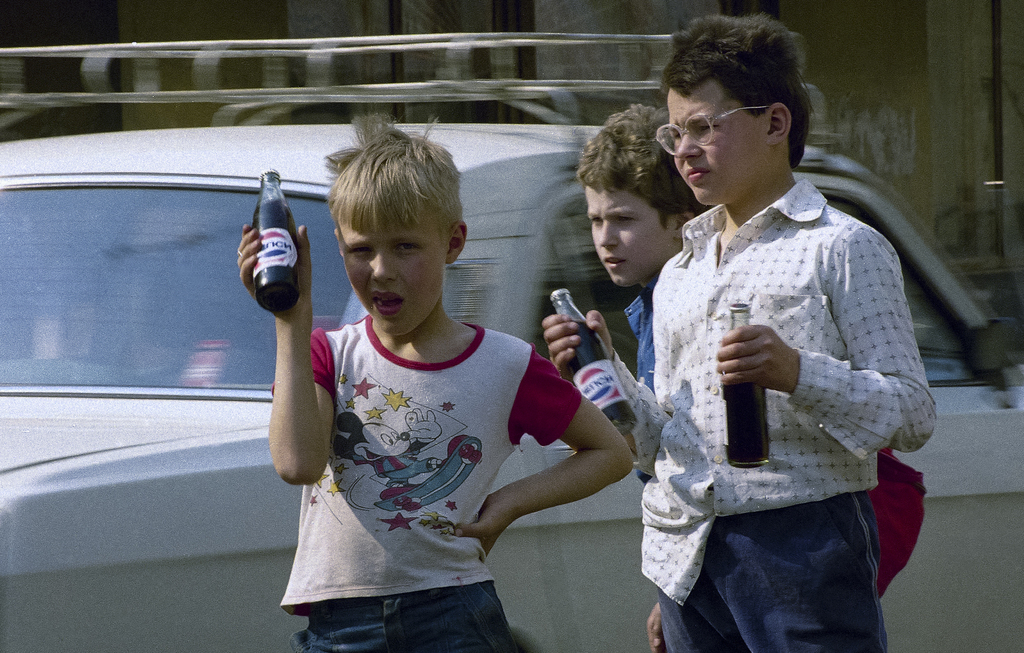 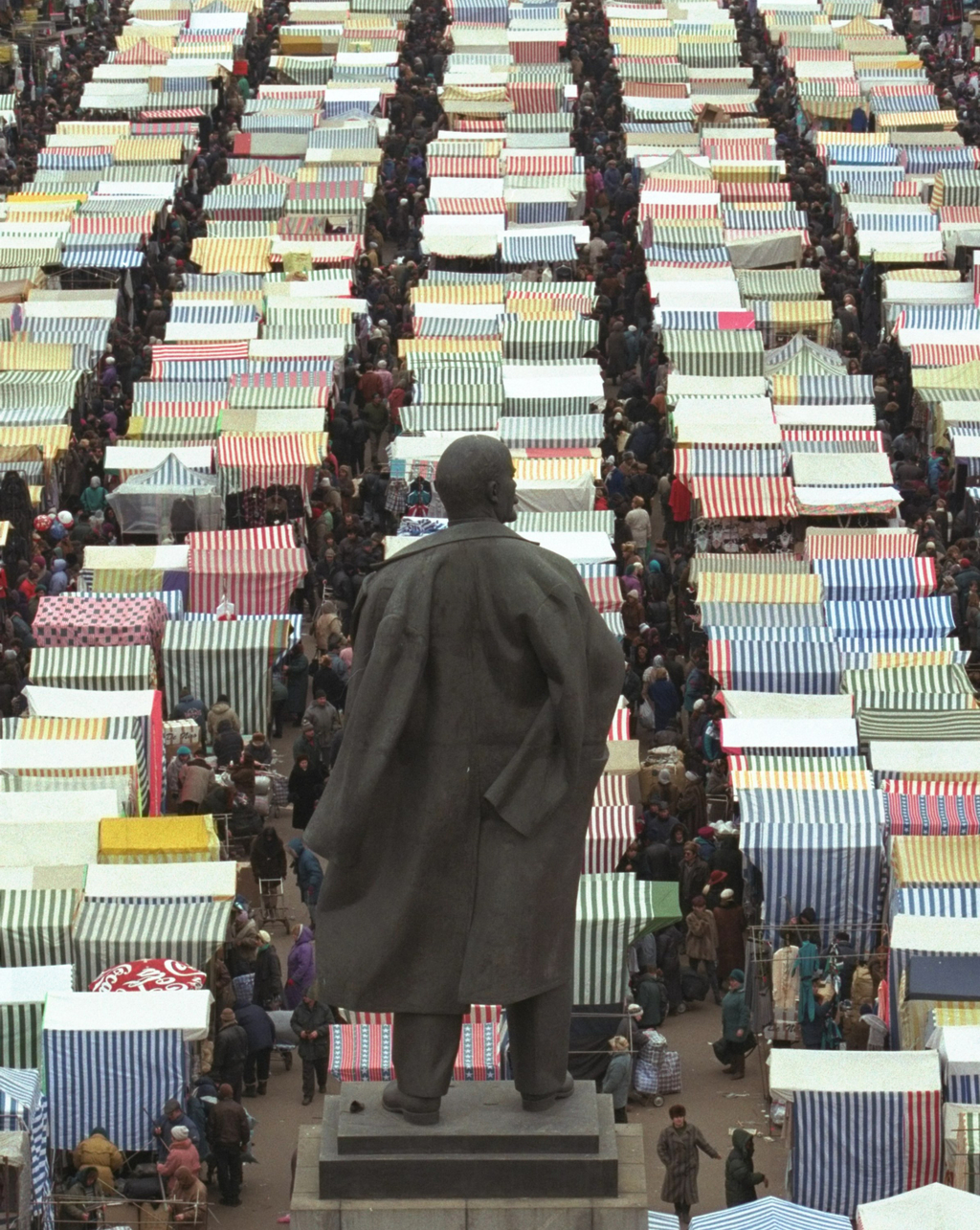 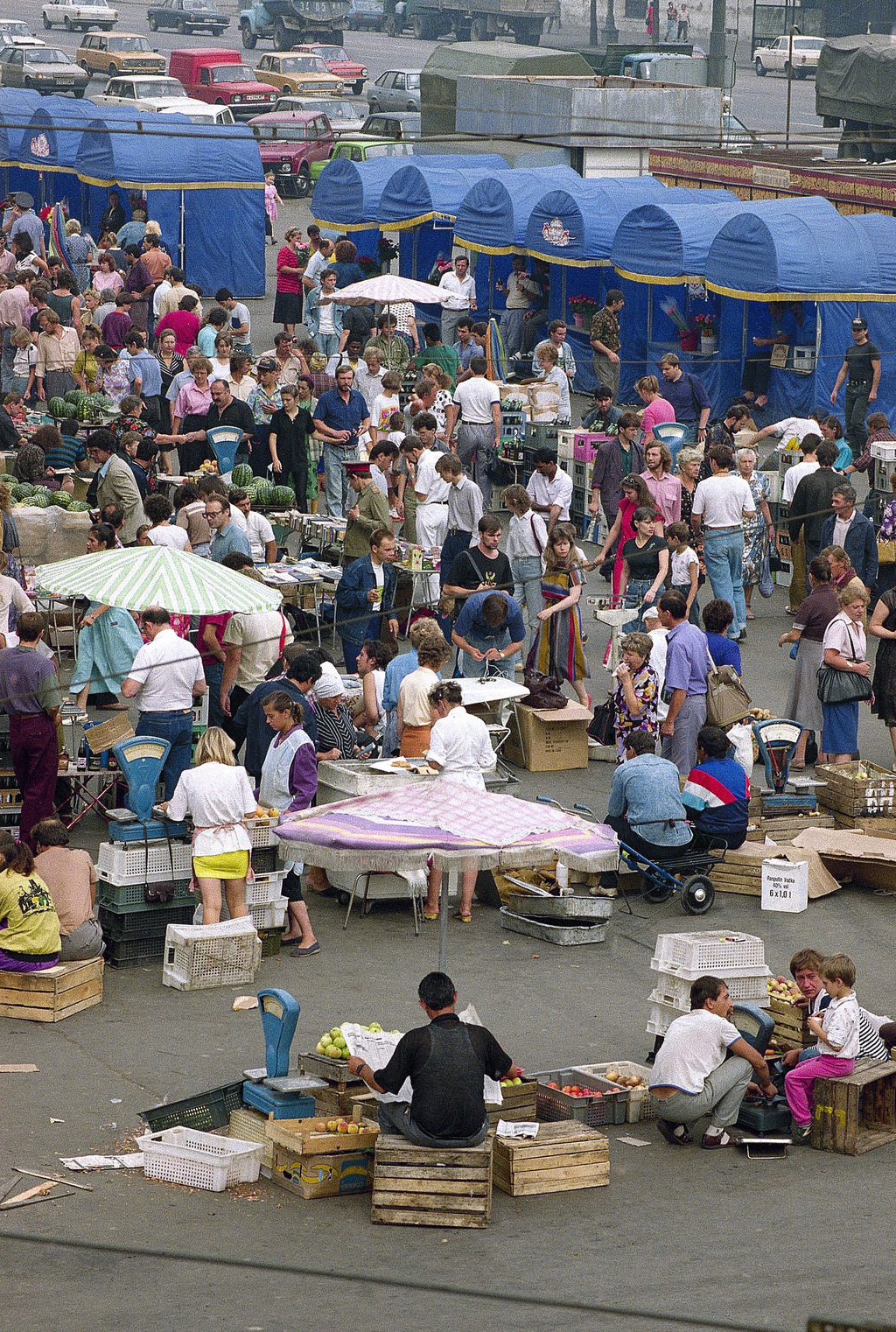 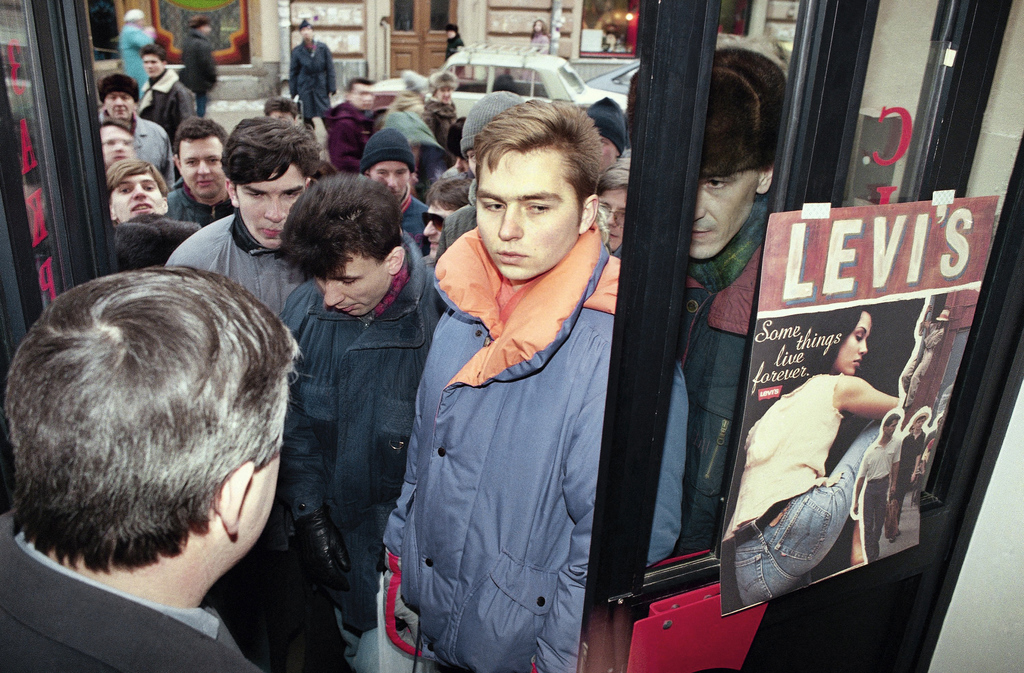 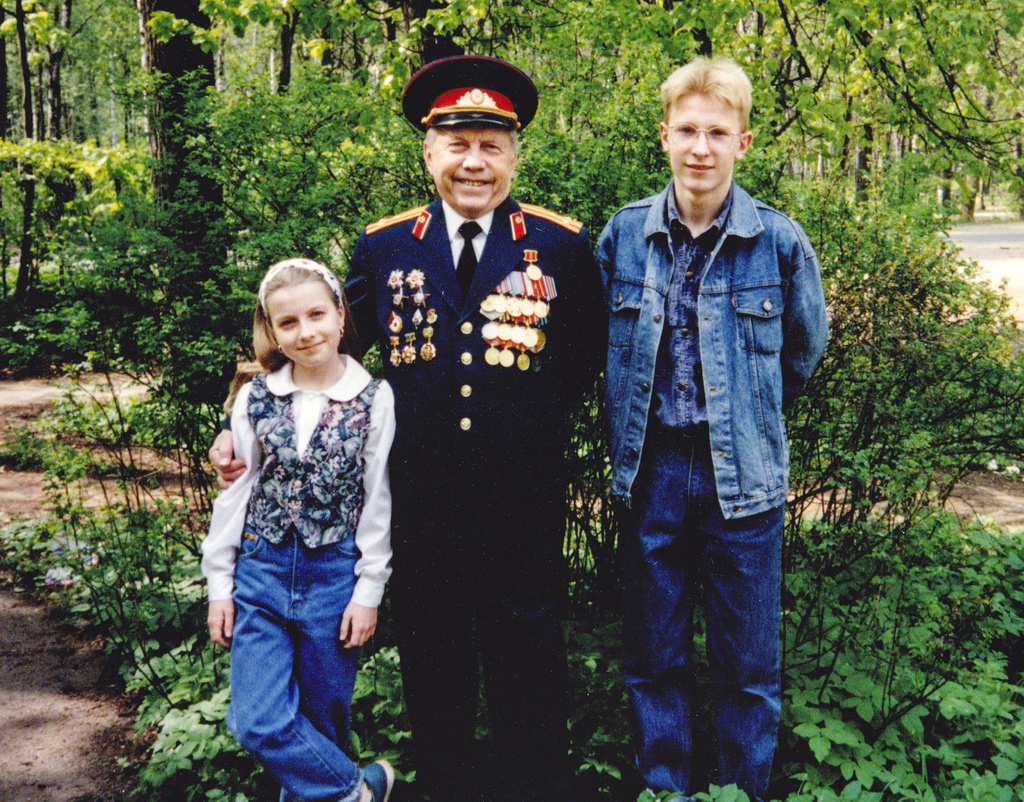 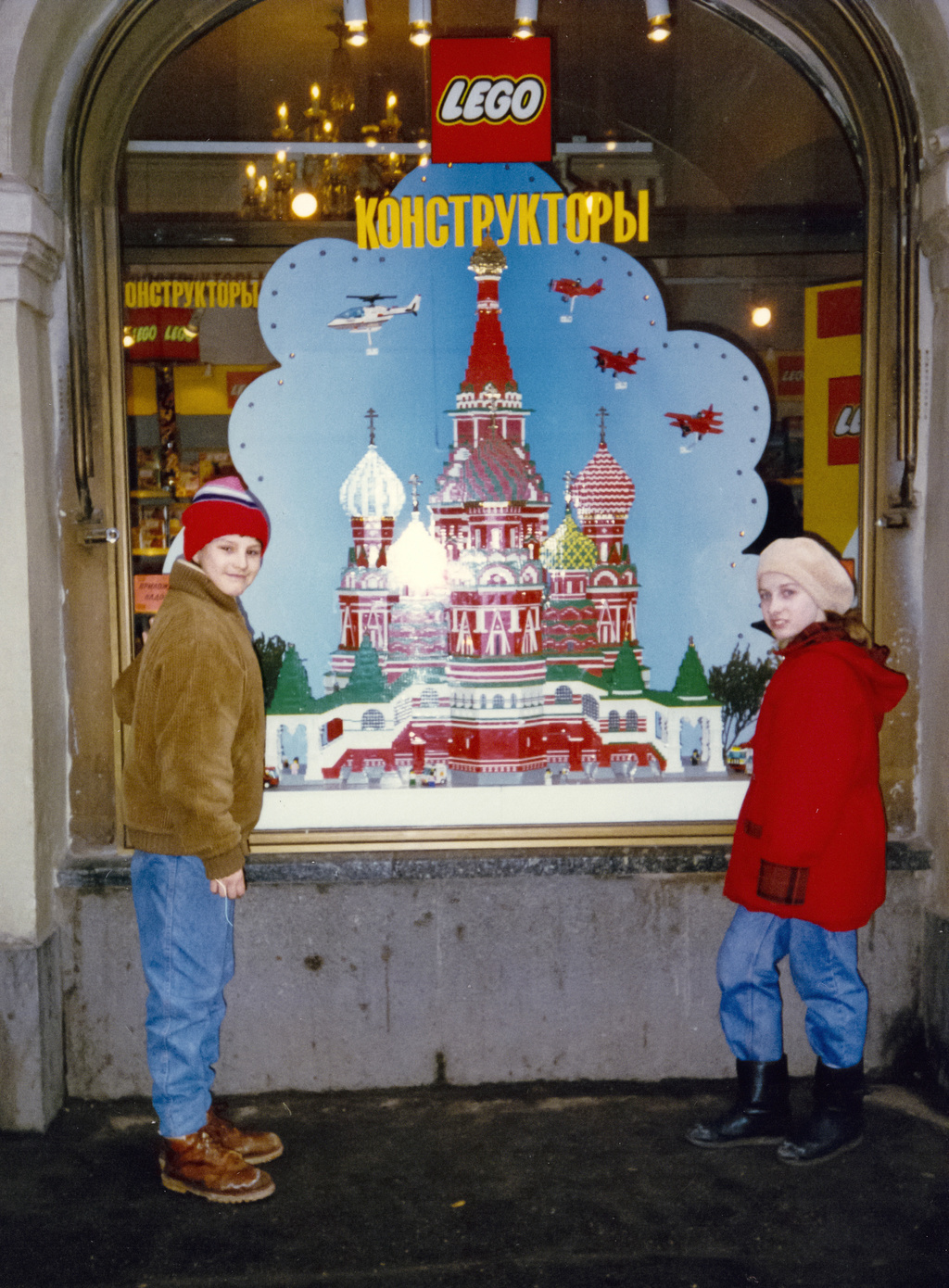 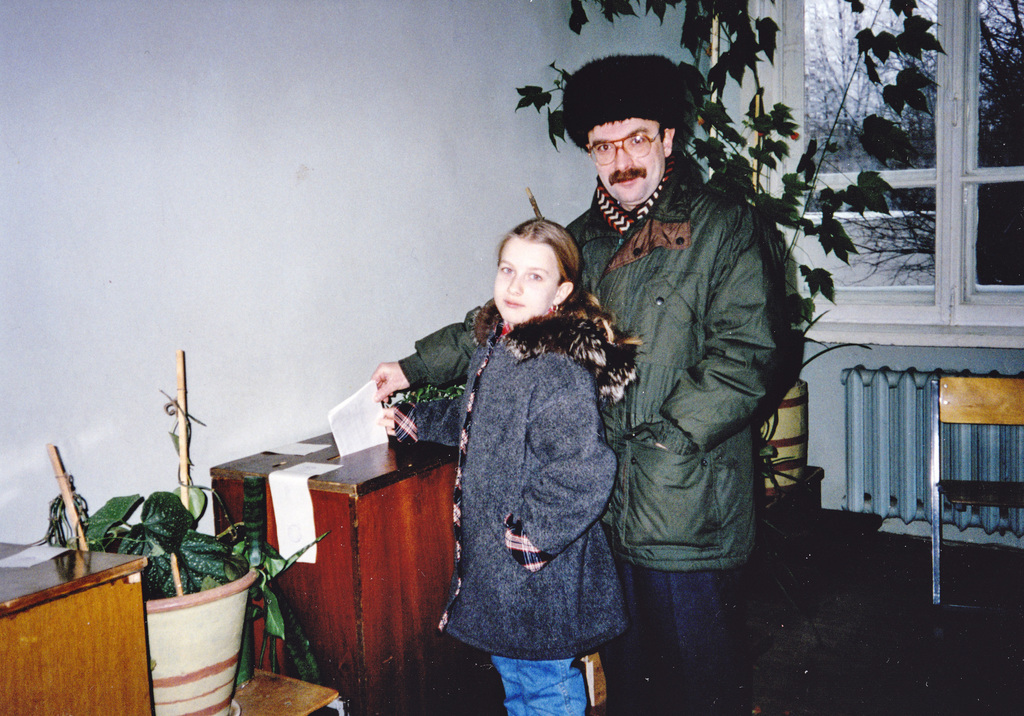 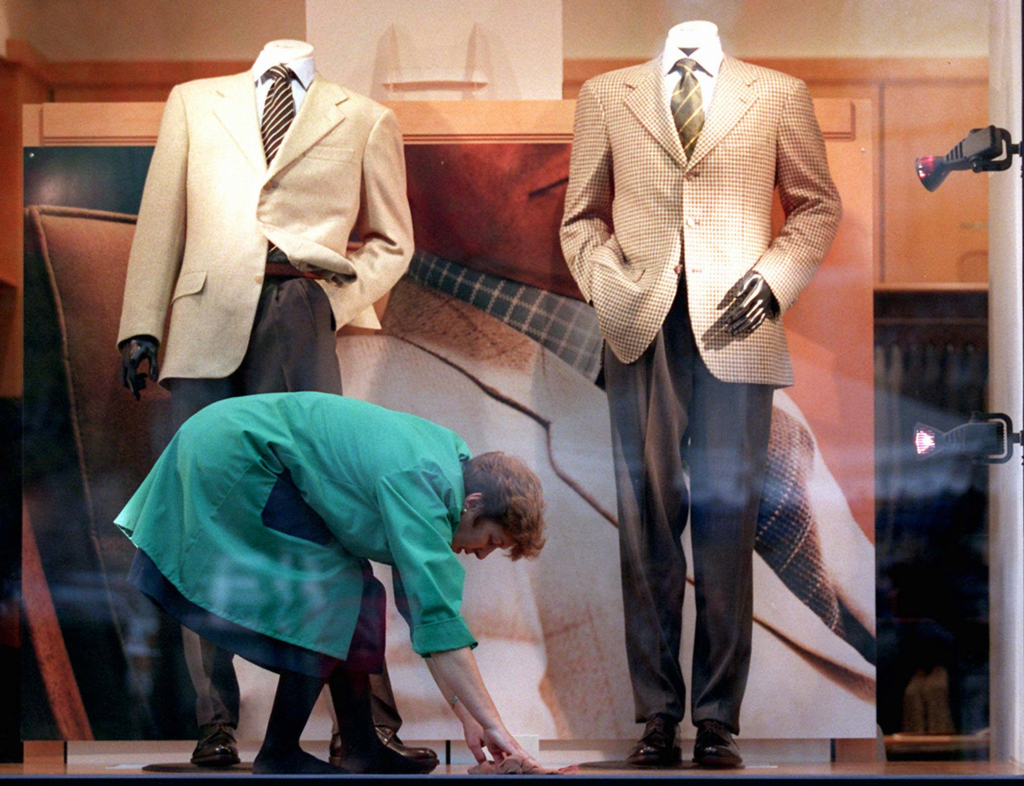 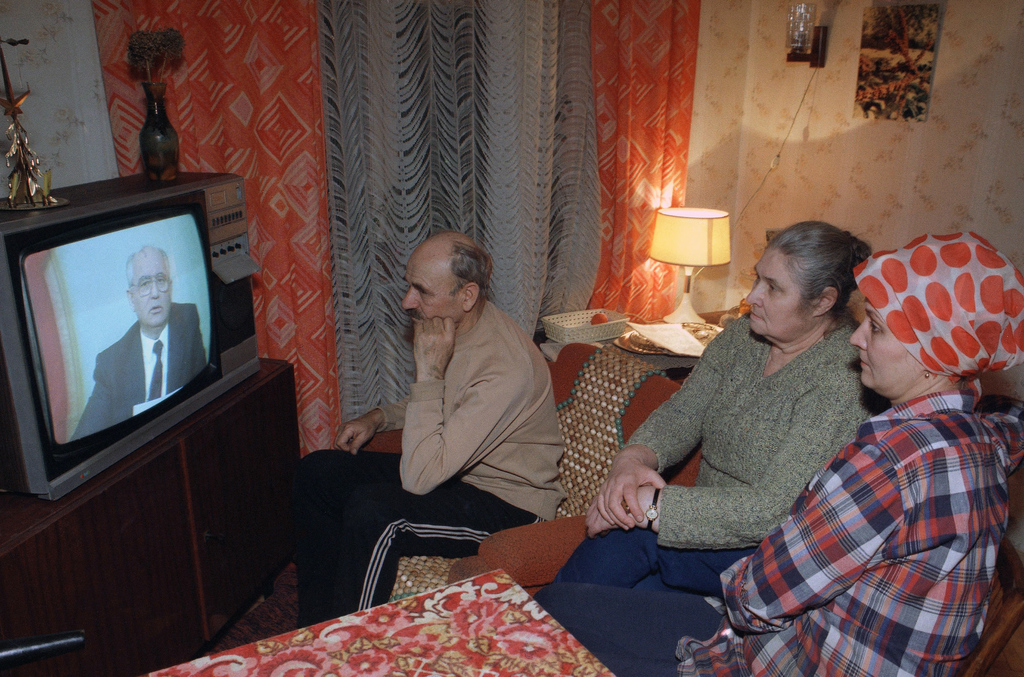 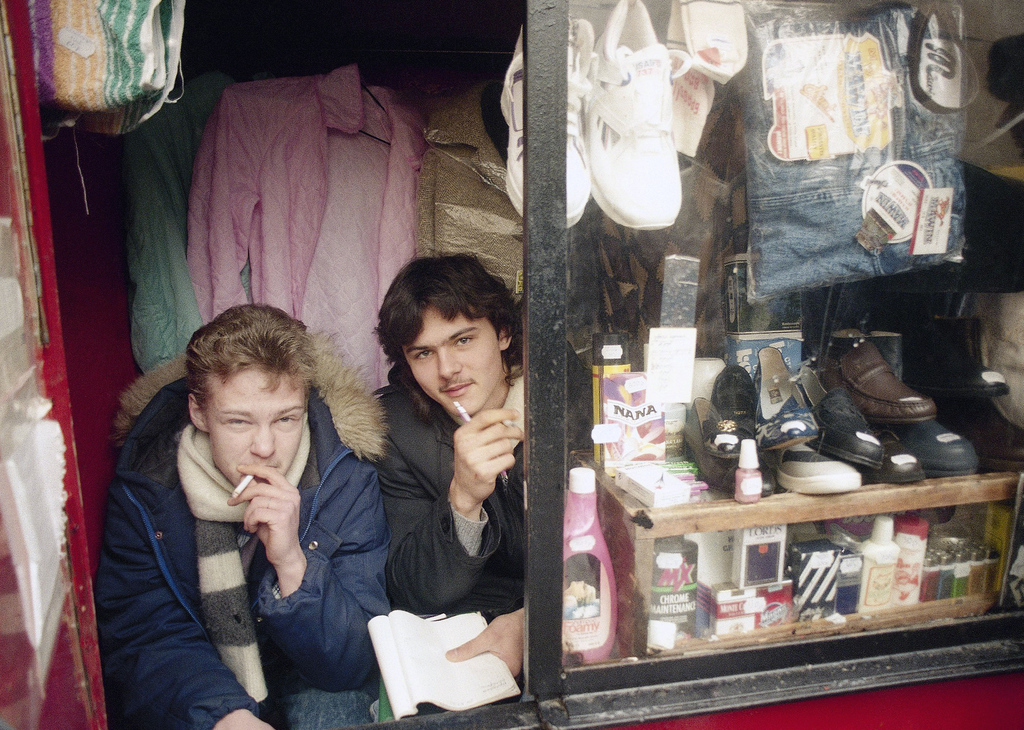 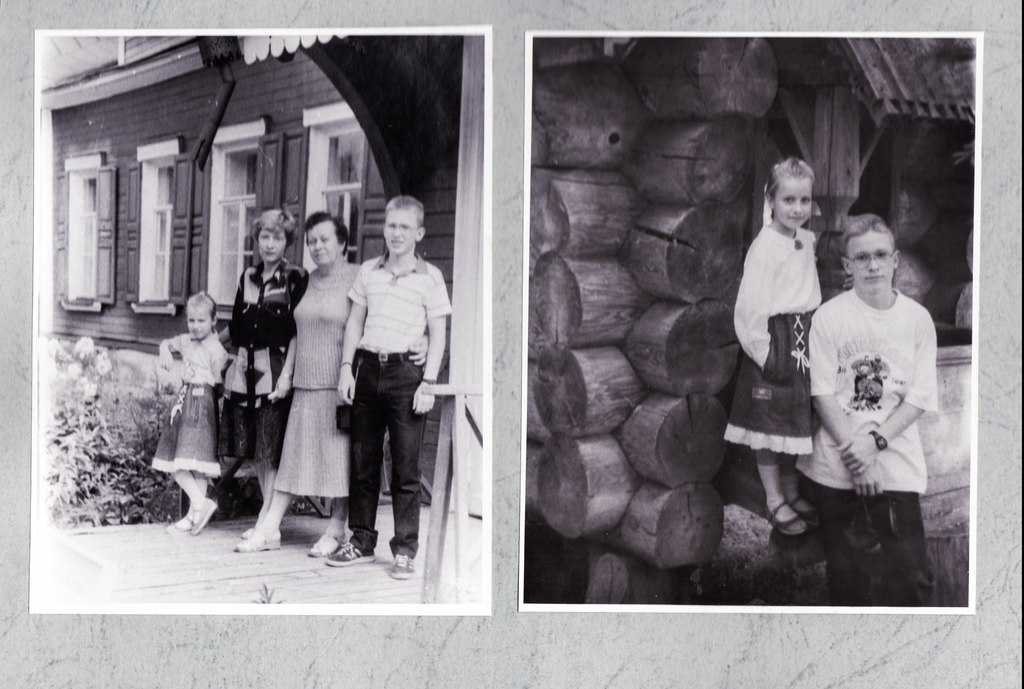 MOSCOW (AP) — When tanks rolled through the streets of central Moscow in August 1991, my mother's initial reaction was alarm, and she immediately thought about accounts she had read of the Bolshevik Revolution.

"It's scary!" she said to me, a 7-year-old just starting primary school. "What if drunken sailors barge in like in 1917?"

But the coup against Mikhail Gorbachev by a group of hard-line Communists failed a few days after it was announced, with very little chaos and bloodshed. Eventually, it led to the demise of the Soviet Union on Dec. 25, 1991, when Gorbachev resigned and the red hammer-and-sickle flag was lowered from the Kremlin.

Although my mother's words seemed exaggerated and comical at first, they were almost prophetic.

For my parents, Tatyana and Sergei, their world of Cold War ideology and central government control soon dissolved into social upheaval, staggering poverty and violence. But there also were new political freedoms, and, eventually, new opportunity.

This was the post-Soviet Russia where my generation grew up.

We spanned the political reforms of Gorbachev, the wrenching economic policies of Boris Yeltsin, and the ascent of Vladimir Putin, who has called the disintegration of the Soviet Union the "greatest geopolitical catastrophe of the century."

EDITOR'S NOTE: Twenty-five years ago, a failed coup by hard-line Communists led to the collapse of the Soviet Union on Dec. 25, 1991. AP's Nataliya Vasilyeva describes what life was like for her generation, the first to grow up in post-Soviet Russia

In the first years after Yeltsin took over, violence by criminal gangs engulfed Moscow. The scenes that my older brother and I watched on a pirated video cassette of "Once Upon a Time in America" seemed familiar to us.

A street corner one block away from our home became a favorite spot for mobsters. Loud pops would ring out at night now and again — sometimes it was just an old car backfiring, but other times it was gunfire.

Tombstones were put on the lawn to mark where two men in their early 20s had been gunned down, and I would pass them every day on my way to school. The markers are gone now, because my old neighborhood has become one of Moscow's most expensive, and a trendy architect has built a headquarters for a major gas company nearby.

Along with the mobsters, youth gangs sprang up. A neighbor's boy and I were walking to school one day when we were stopped in a secluded yard by a group of kids our age — 10 or 11 years old. One had a knife. They held us by the arms and showered us with abuse. I'm not even sure they took anything — we didn't have much — but the feeling of being paralyzed and totally under someone else's power haunted me for years. I stopped taking shortcuts.

I was largely shielded from the economic distress the entire country was feeling in the final years under Gorbachev, but small things seeped in. I occasionally had to stand in a line at a store — something that most Soviet shoppers had to endure daily. Because toy stores had little to sell, I settled for a cheap plastic figure as a birthday present. I remember feeling happy for my mom when she was given a box of sugar cubes for a holiday.

As the economy got worse, it led to something most Russians had never known: social inequality.

A classmate's rich father once came to a school party with a video camera, which was foreign to us. Another classmate's family was so poor he wore the same sweater and pants to school month after month. Although just about everyone dressed in hand-me-downs or cheap Chinese-made clothes, his mother — a physics teacher at our school — couldn't afford anything new for him.

Oligarchs sprang up from nowhere, and fortunes were made and lost in months. A man on my street struck it big: A Mercedes was parked outside their drab, pre-fabricated apartment building, his wife had an expensive fur coat and their daughter had a real Barbie doll.

About 10 years later, when I was in college, I saw the girl again. She was working as a bank teller and no longer looked like the daughter of a wealthy man.

My own family's fortunes were similarly up and down. My mother was a trained chemist, but in her 40s, she could only find work at her research institute, which paid little and routinely was months behind with salaries.

My father designed software for Russia's first private banks, which would open one day and hire people but go belly up a few months later.

One day my father came home from work with a bonus: a giant food basket of all sorts of foreign-made delicacies. I especially remember the chocolate milk — something we never had in Soviet times.

My mother bore the brunt of the economic hardships quietly. Only recently did she make a passing remark on how she used to walk 5 kilometers (over 3 miles) on weekends to an outdoor market that was cheaper than anything in our neighborhood. She didn't take the bus because she couldn't afford the fare.

Unlike today, with Western stores and shopping malls dotted across Moscow, shopping back then was anything but enjoyable. Soviet stores with empty shelves had closed and were replaced by traders who bought cheap goods in Turkey and China and sold them at makeshift outdoor markets in parks or near sports stadiums. Tents and freight containers stretched for blocks, selling everything from cooking utensils to women's underwear.

Like any teenager, I wanted to pick out my own clothes, so I went with my mother. Most vendors didn't have a place to change, so I had to try on the clothes with my mother shielding me from the passing crowds. It felt humiliating.

But the post-Soviet era also opened new doors for the younger generation, with the economy expanding in the early 2000s. While studying for a linguistics degree, I landed my first proper job at 21, translating for the revered Kommersant business newspaper's website. Working just three nights a week, I was earning more than my parents and later able to pay for a journalism course in London.

In the old Soviet Union, my education would probably have limited me to working as a tour guide or a translator for visiting foreigners.

Russians now are free to study abroad, work for international companies and compete in the workforce with people from other countries, something unthinkable in my parents' lifetime. An entire generation has grown up reading the same books and listening to the same music as those in the West.

Putin has pushed the country toward a more conservative, nationalistic society, enamored again with imperial ideas.

That has some in the West saying Russia is returning to its Soviet past, rolling back on human rights, stifling opposition and tightly controlling state television.

Many in Russia still want to cling to the past, out of either nostalgia or habit.

A couple of years ago, my mother found a pre-revolutionary samovar, a traditional Russian urn used to boil water for tea, and taught me how to kindle a fire for it. She took pride in passing on this skill to a new generation.

But after all these years, she cannot shake one habit ingrained from the days of scarcity. In making a cucumber-and-tomato salad, she still puts all the tomatoes on my plate.