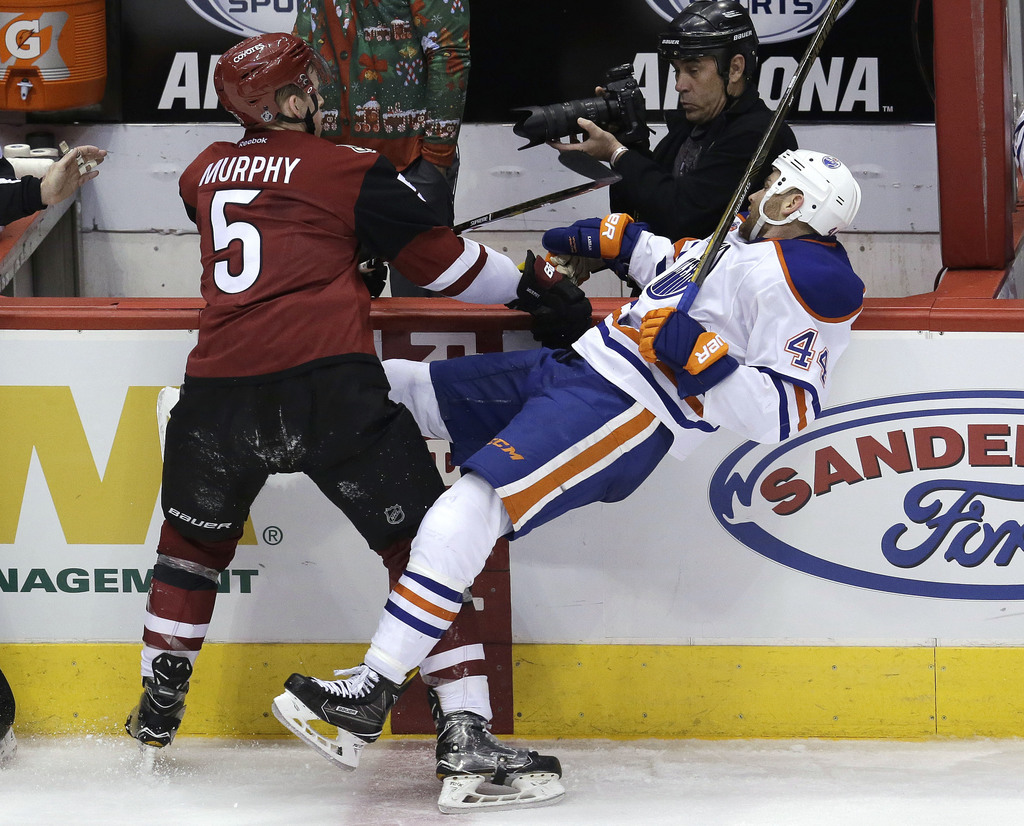 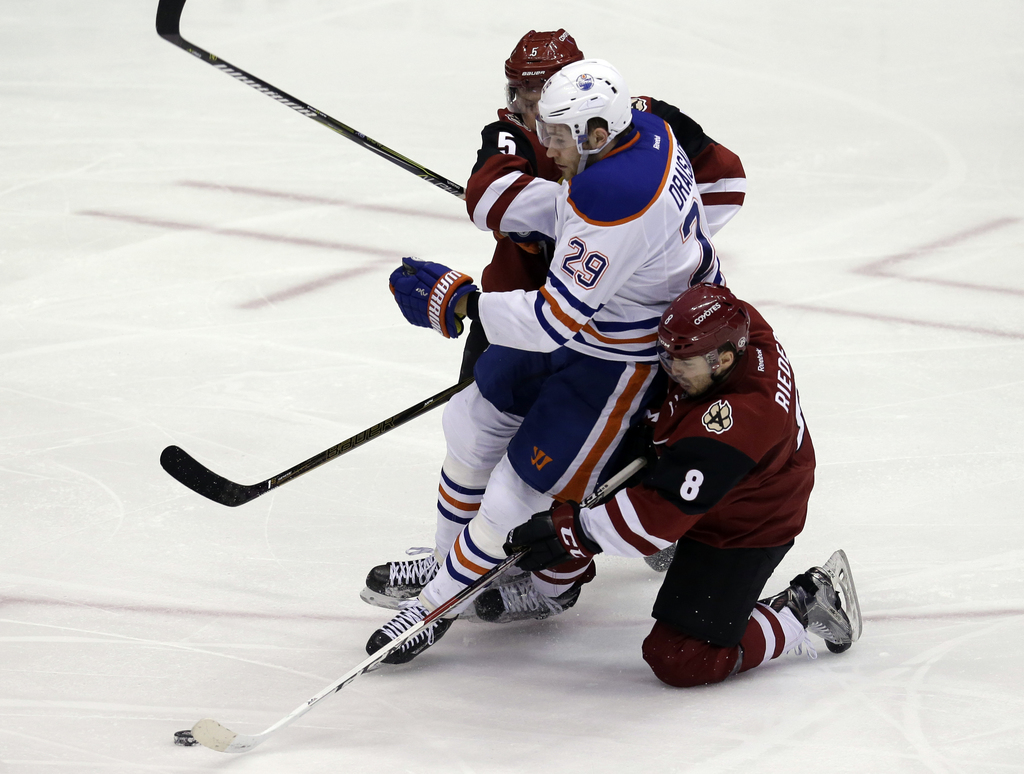 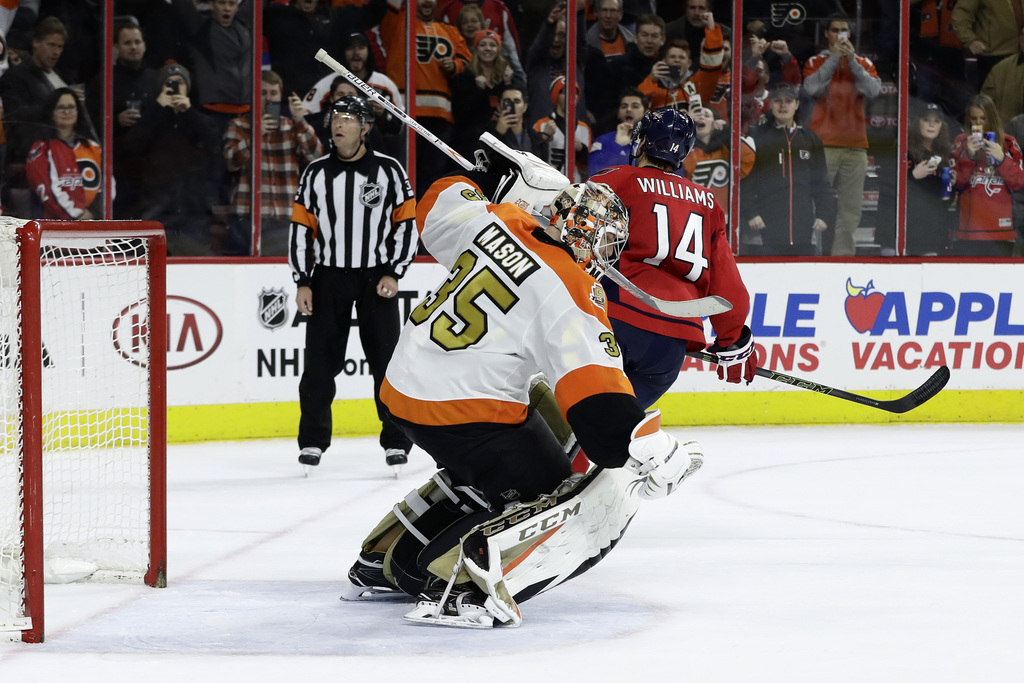 GLENDALE, Arizona (AP) — Edmonton's fourth line combined for seven points, Cam Talbot stopped 28 shots and the Oilers beat the Arizona Coyotes in regulation for the first time in 26 games with a 3-2 NHL victory on Wednesday.

Arizona had gone 21-0-4 its previous 25 games against the Oilers, including a pair of wins this season. Edmonton jumped on the Coyotes with two goals in the first period and pushed the lead to 3-0 in the second to beat Arizona for the first time since Jan. 25, 2011.

Arizona's points streak had been tied for sixth-most against one opponent in NHL history.

Martin Hanzal had a goal and Oliver Ekman-Larsson scored with 6.1 seconds left for the Coyotes, who have lost three straight.

PHILADELPHIA, Pennsylvania (AP) — Steve Mason and the Flyers didn't want to waste their recent winning streak. Mason made 36 saves before stopping three straight shots in the shootout, Jakub Voracek and Wayne Simmonds scored in the tiebreaker and Philadelphia beat the Washington Capitals 3-2.

Michael Raffl and Claude Giroux scored in regulation for Philadelphia, which snapped a two-game skid that followed a 10-game winning streak.

Philadelphia's streak ended with Saturday's loss at Dallas. The Flyers then fell to the Predators in a shootout at home on Monday night.