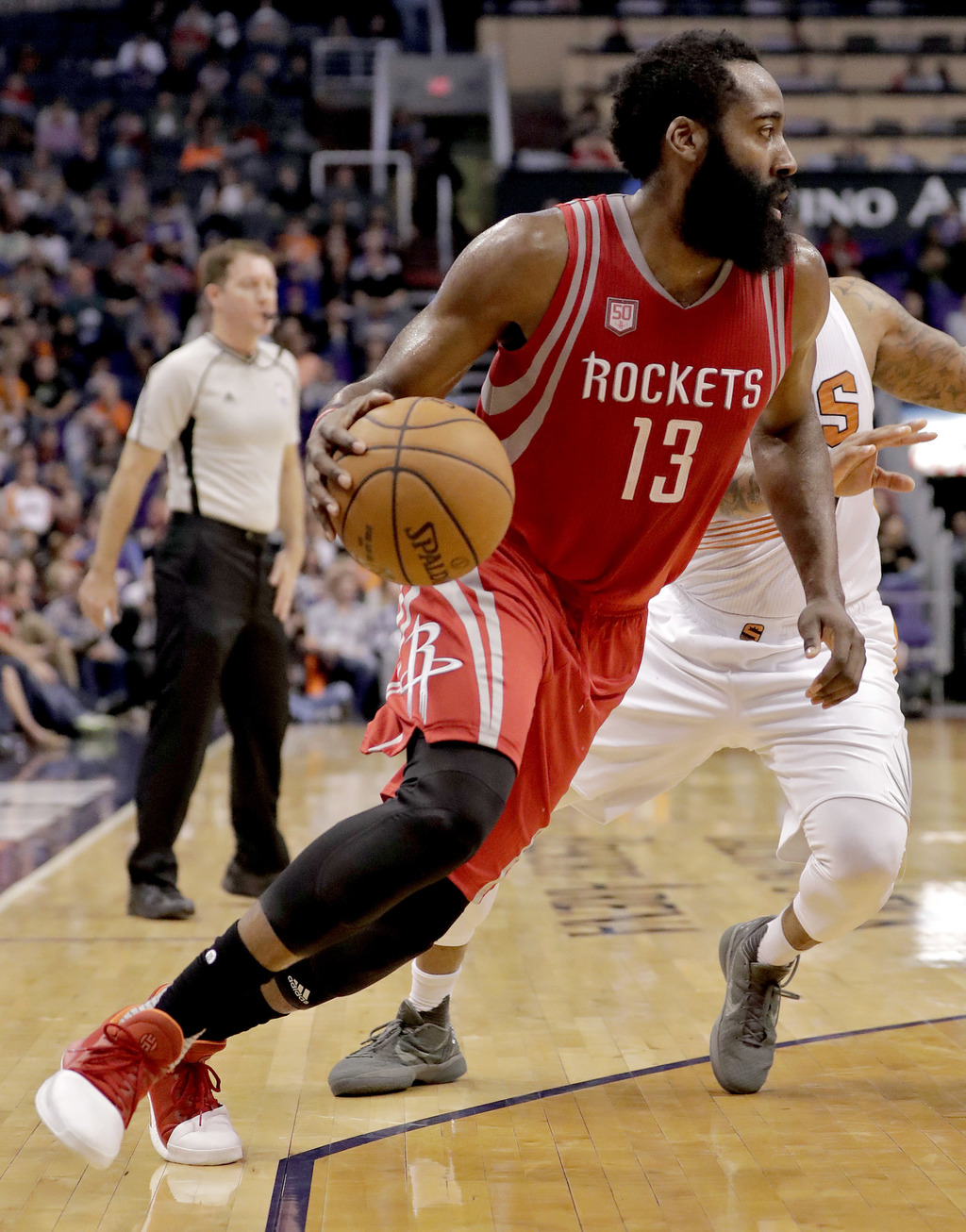 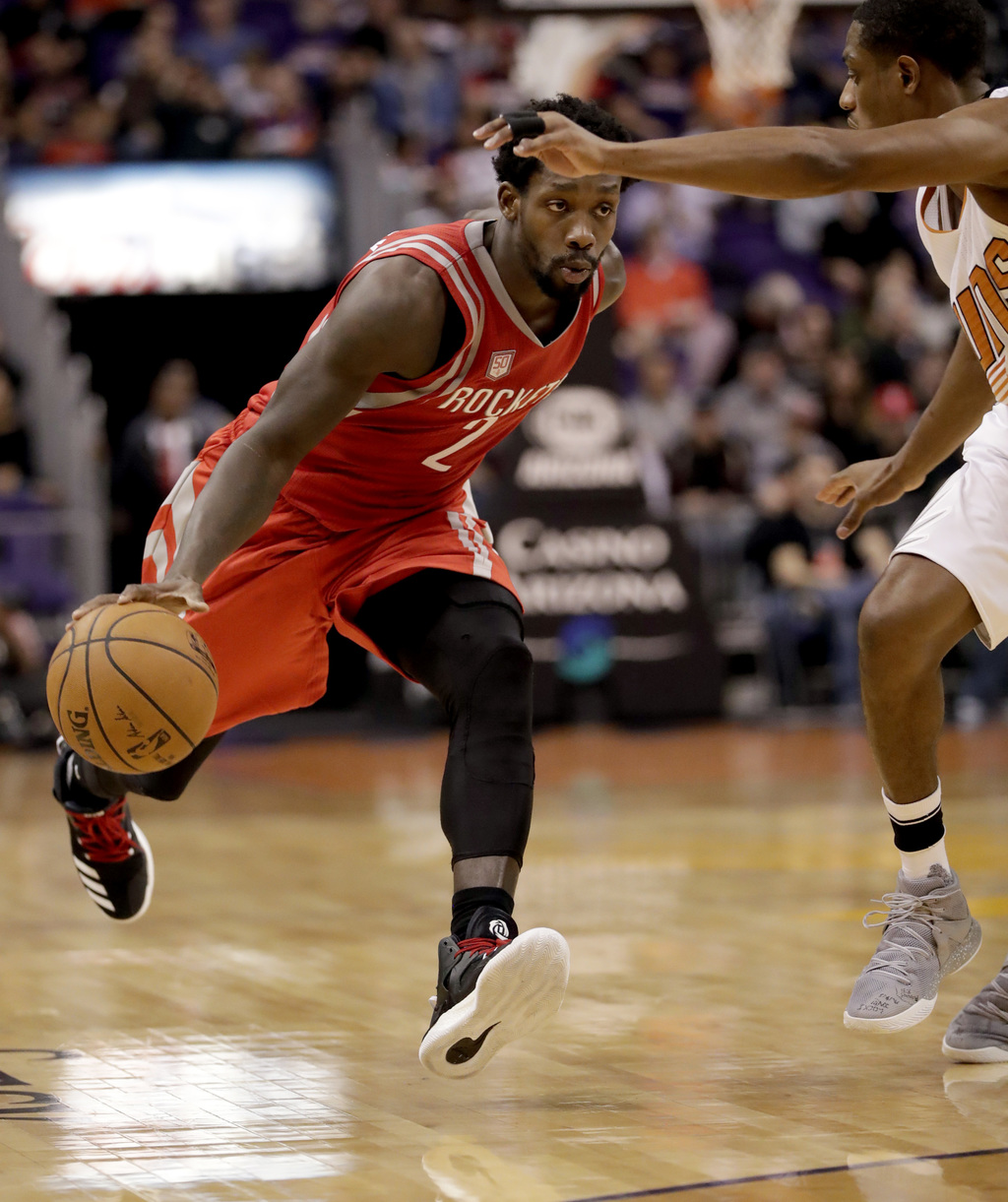 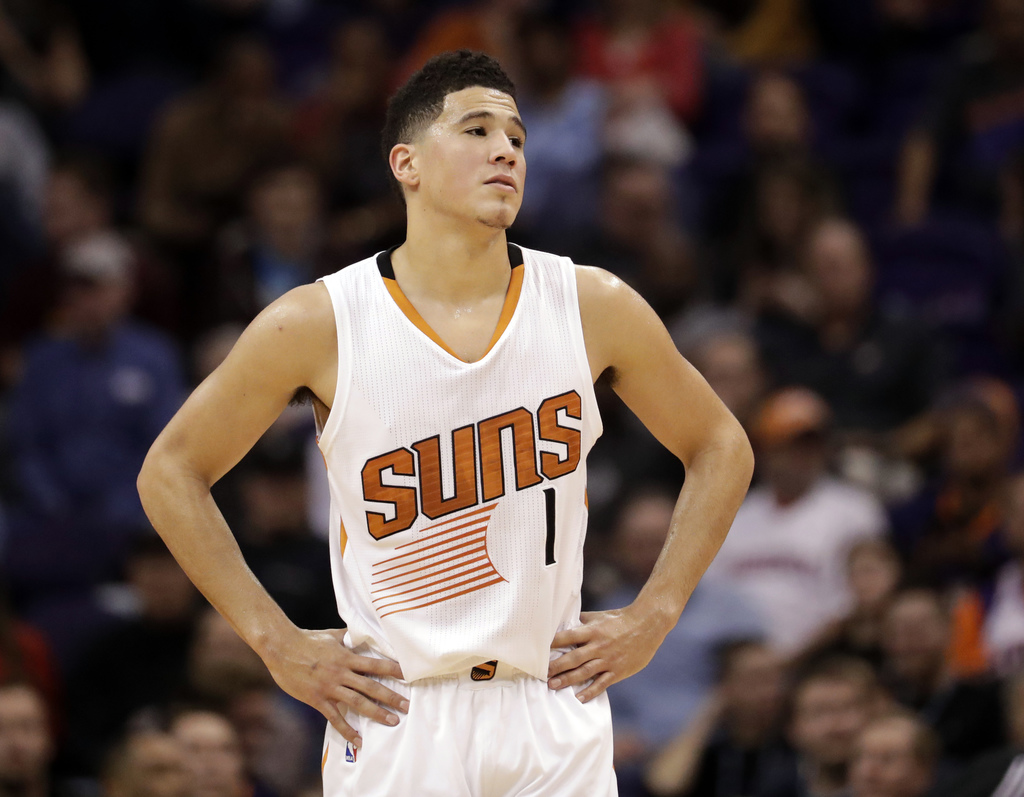 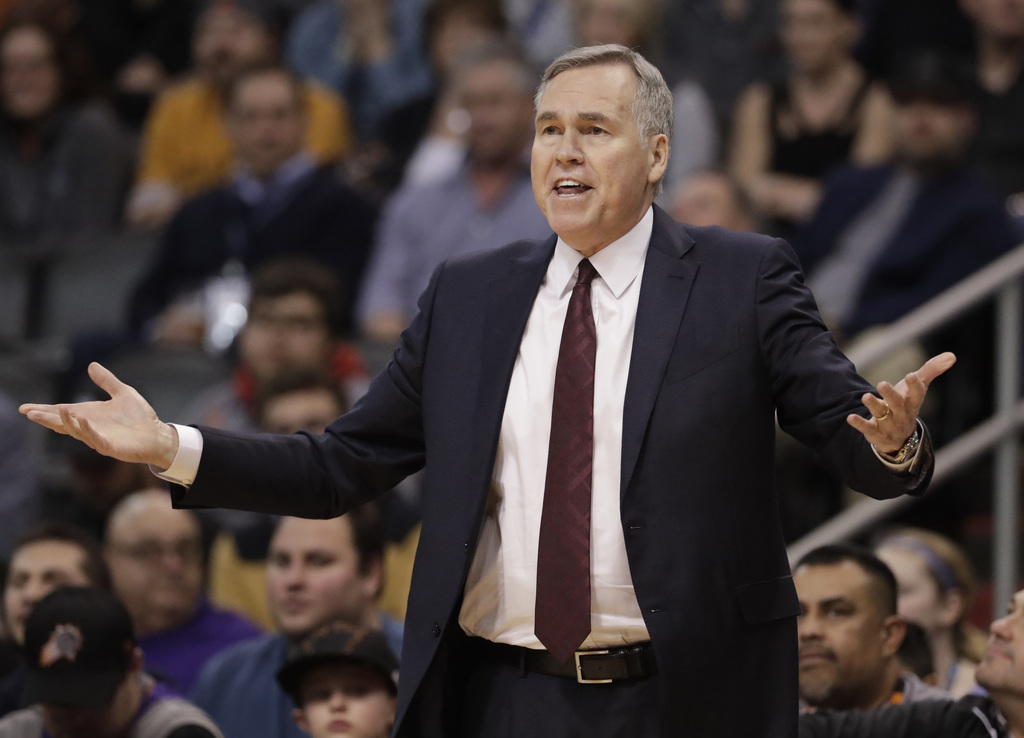 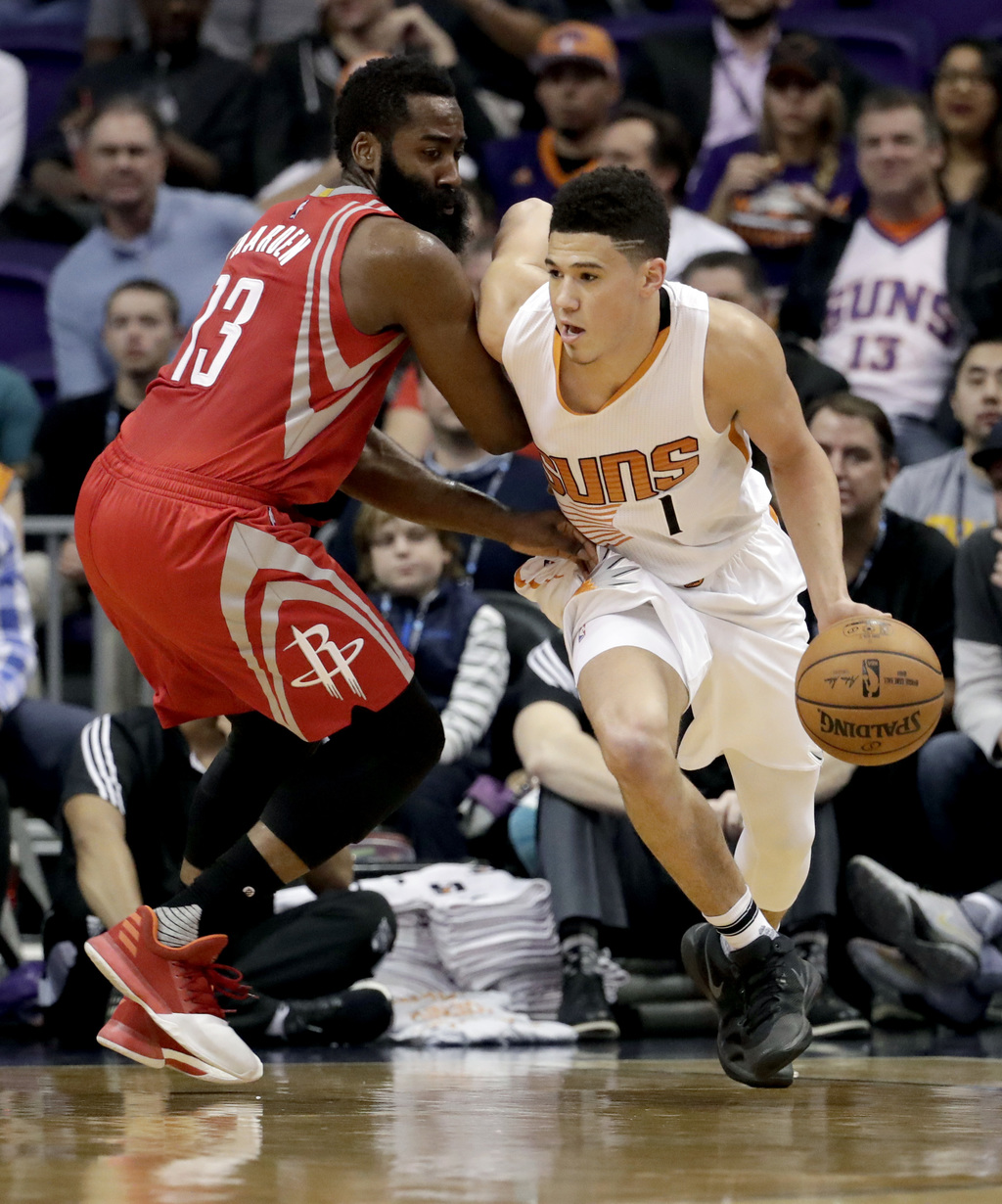 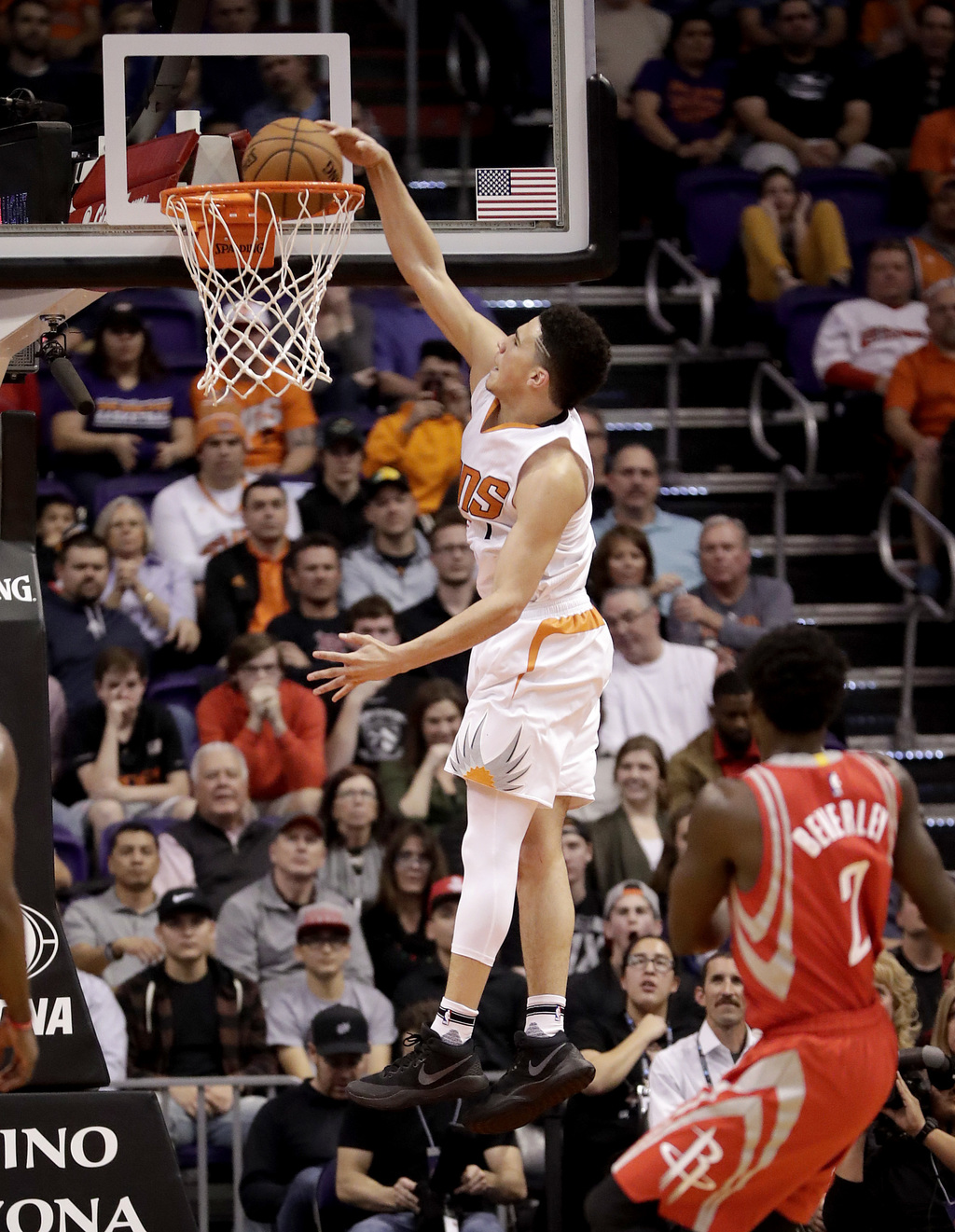 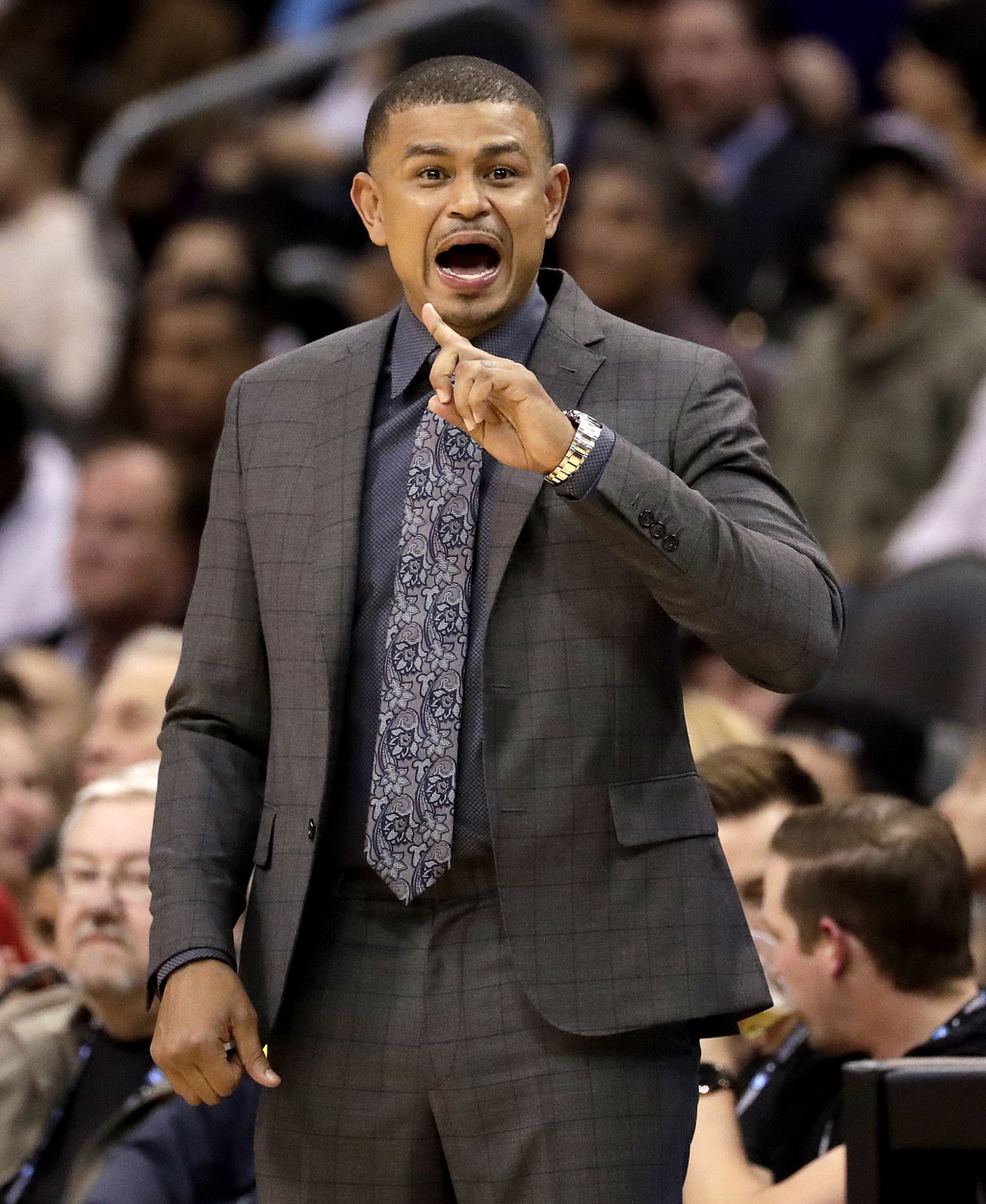 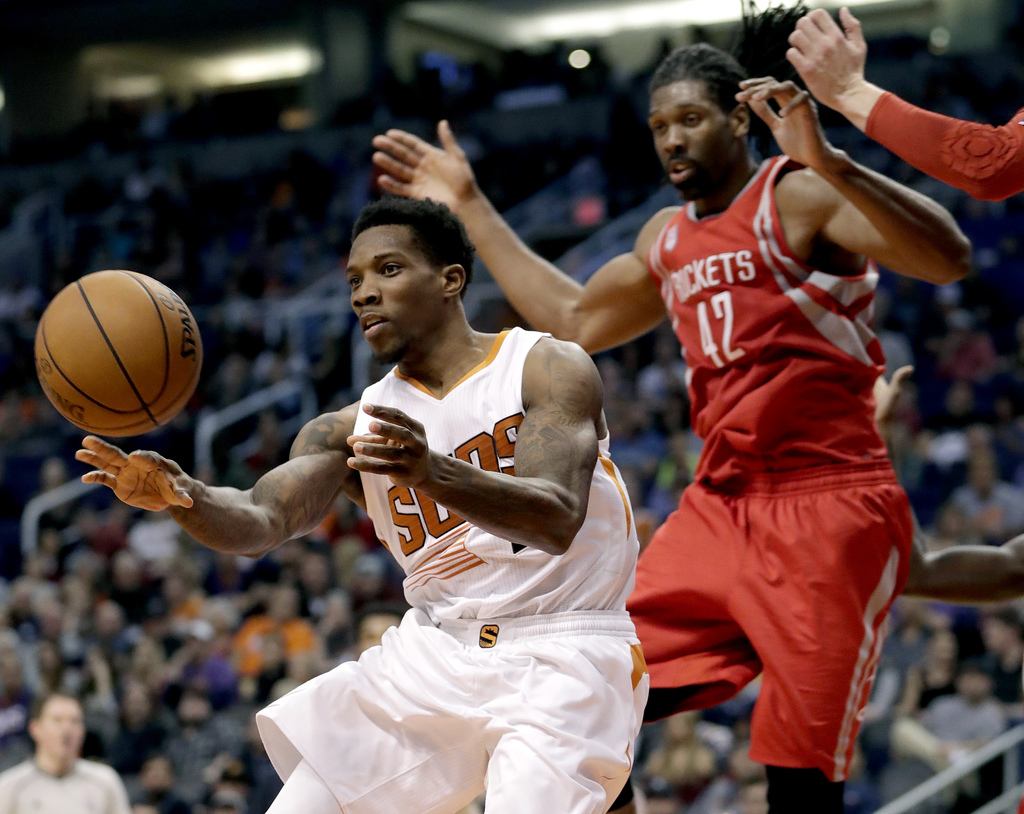 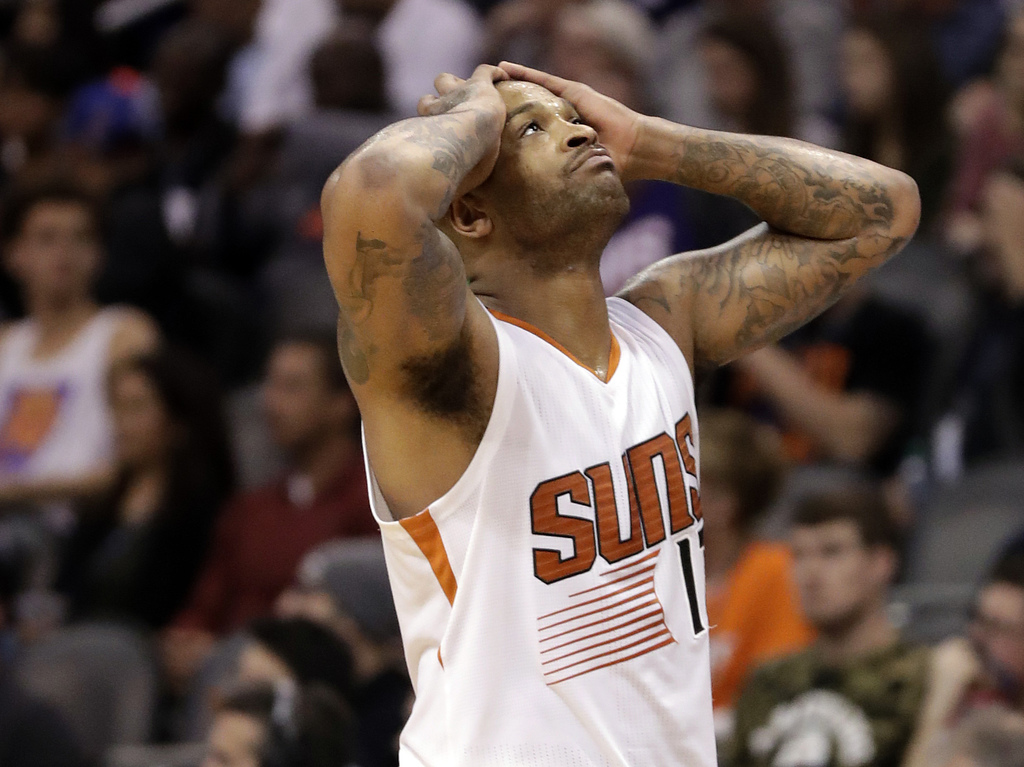 PHOENIX (AP) — A night after their 10-game winning streak came to a halt with a two-point loss at home to San Antonio, the Houston Rockets looked ready to start a new run of victories.

James Harden had 27 points and 14 assists as the Rockets earned their 11th victory in 12 games.

Harden's biggest shot came with 4:19 left, a pull-up 3 for a 120-100 lead. He bent down and moved his arms in a swimming motion in celebration as he ran back to the bench.

"He just knows when to pick the spots and he knows what he has to do, and he controls the whole game," D'Antoni said.

Devin Booker's 28 points led the Suns, who have lost four in a row. T.J. Warren added 19 and Brandon Knight 17.

"It's tough to really slow us down, knocking the 3s down and also making layups," Gordon said. "Teams just have to pick their poison against us."

The Rockets led by as many as 13 in the third, only to see the Suns cut it to 86-84 on a tip-in by P.J. Tucker with 1:19 left. Harden drew a questionable foul call against Tucker on a 3-point try with 4.3 seconds left and made all three free throws to give Houston a 91-84 lead entering the fourth.

The Rockets led 30-26 after the first quarter, when the Suns struggled to get back in transition. Houston scored 12 fast-break points in the period.

Harden took only two shots in the quarter but excelled as a passer, handing out seven assists.

"Stopping people in transition, it's mostly on the defense. It's something we have been working on in practice but in game time we still are not doing," Booker said. "Obviously, James being the playmaker, he finds the open man. When they have so many shooters on the floor, it's tough to guard."

Gordon hit four 3s in the second quarter, Harden drove for a layup with 0.3 seconds left and Houston took a 61-55 lead into halftime.