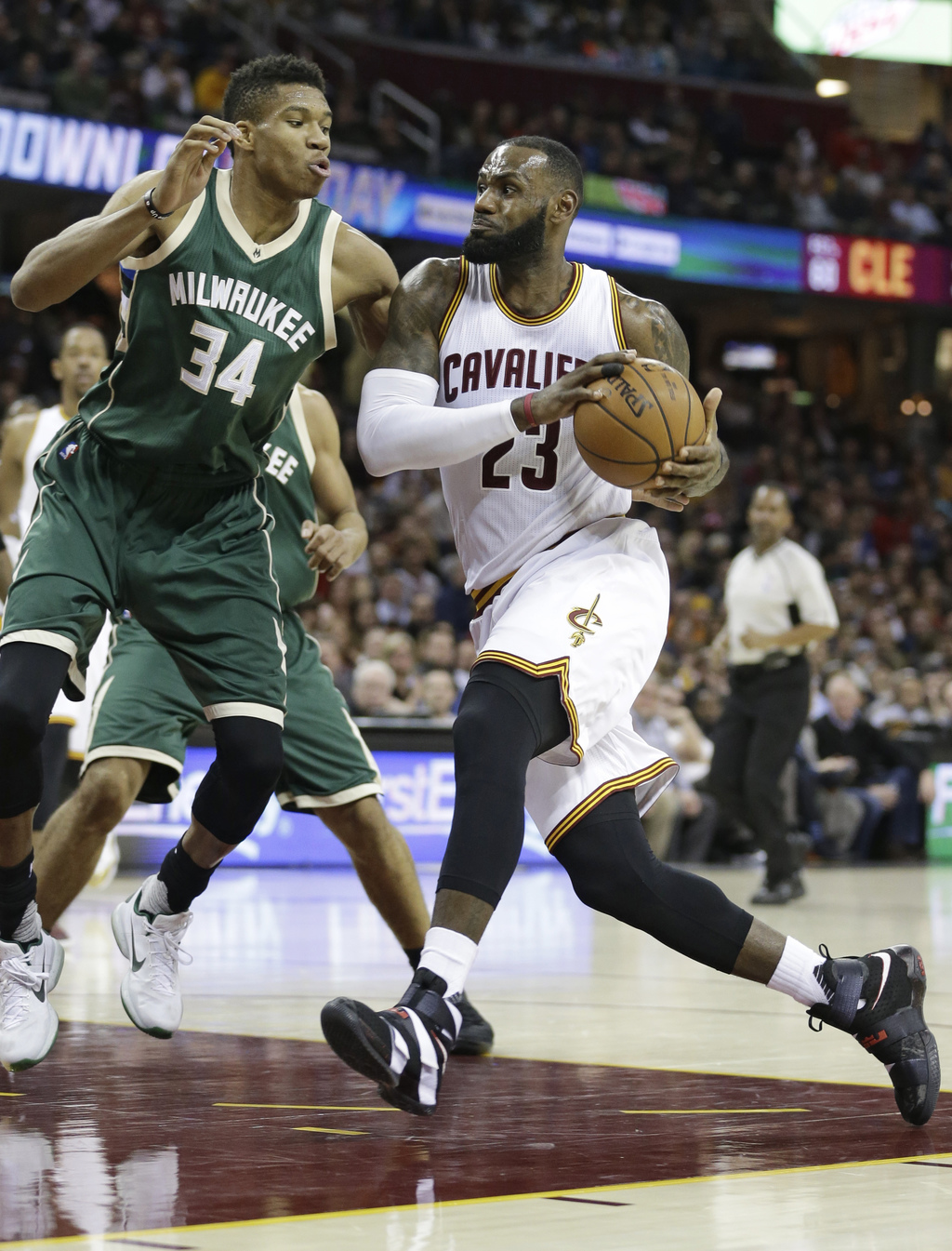 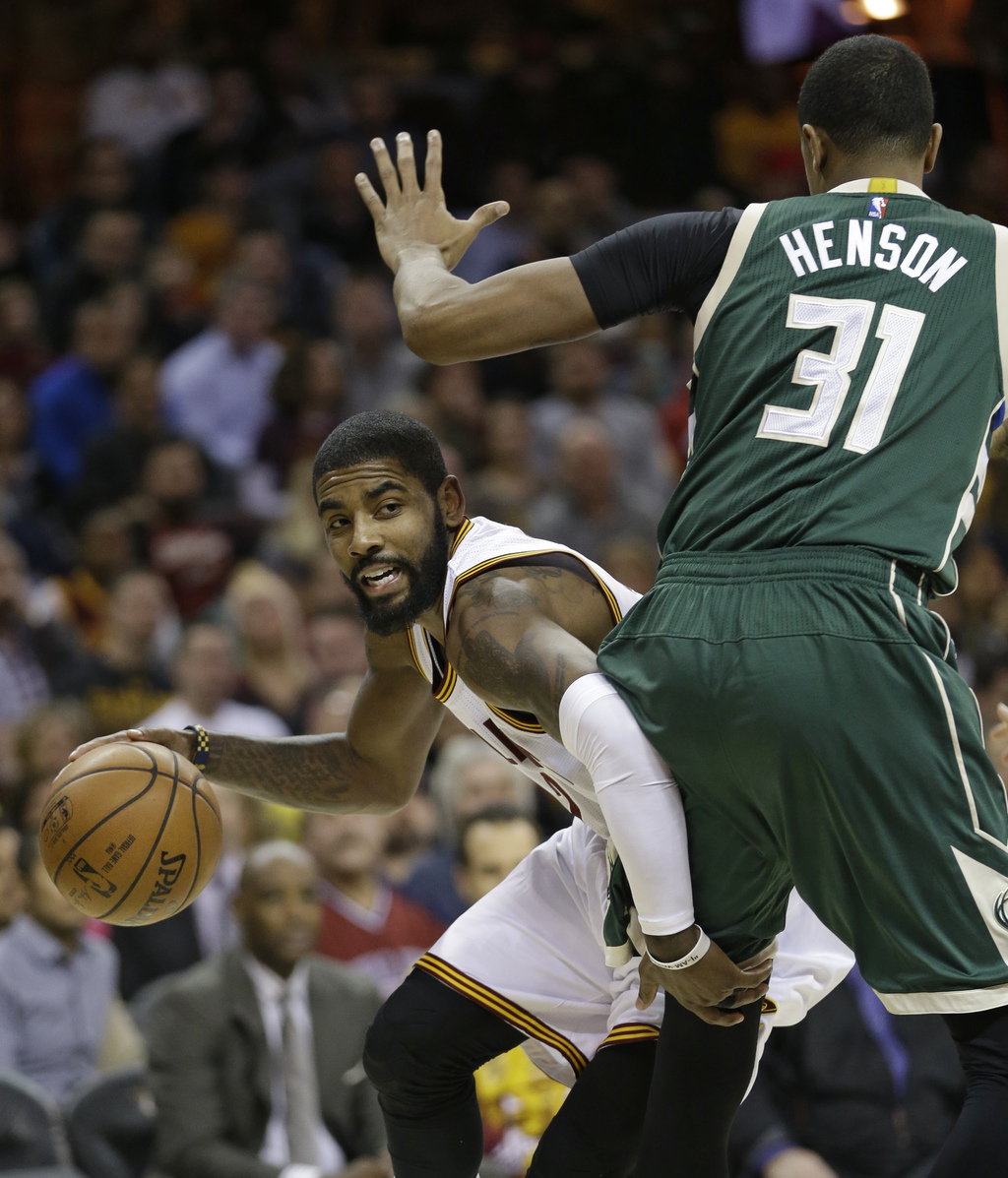 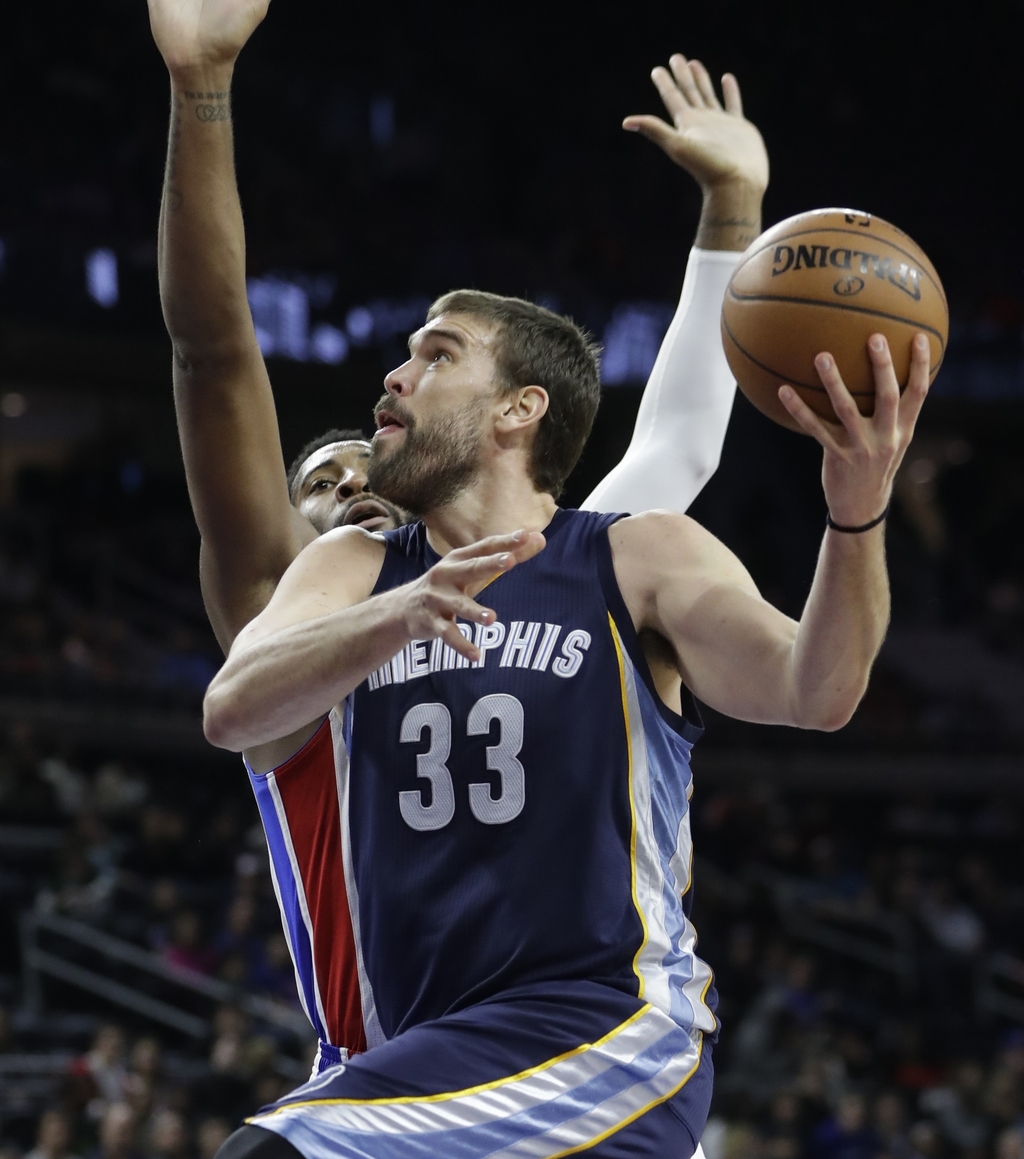 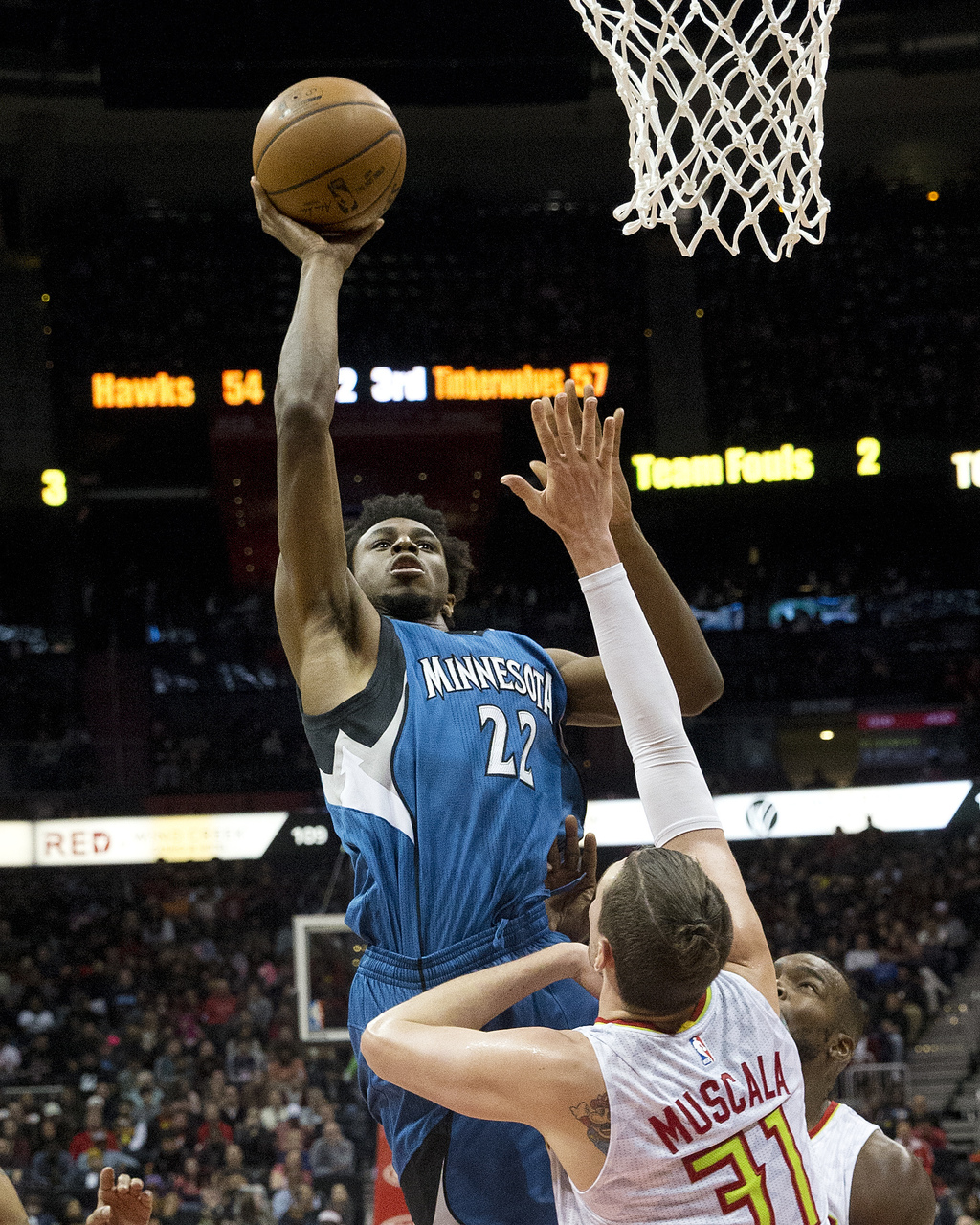 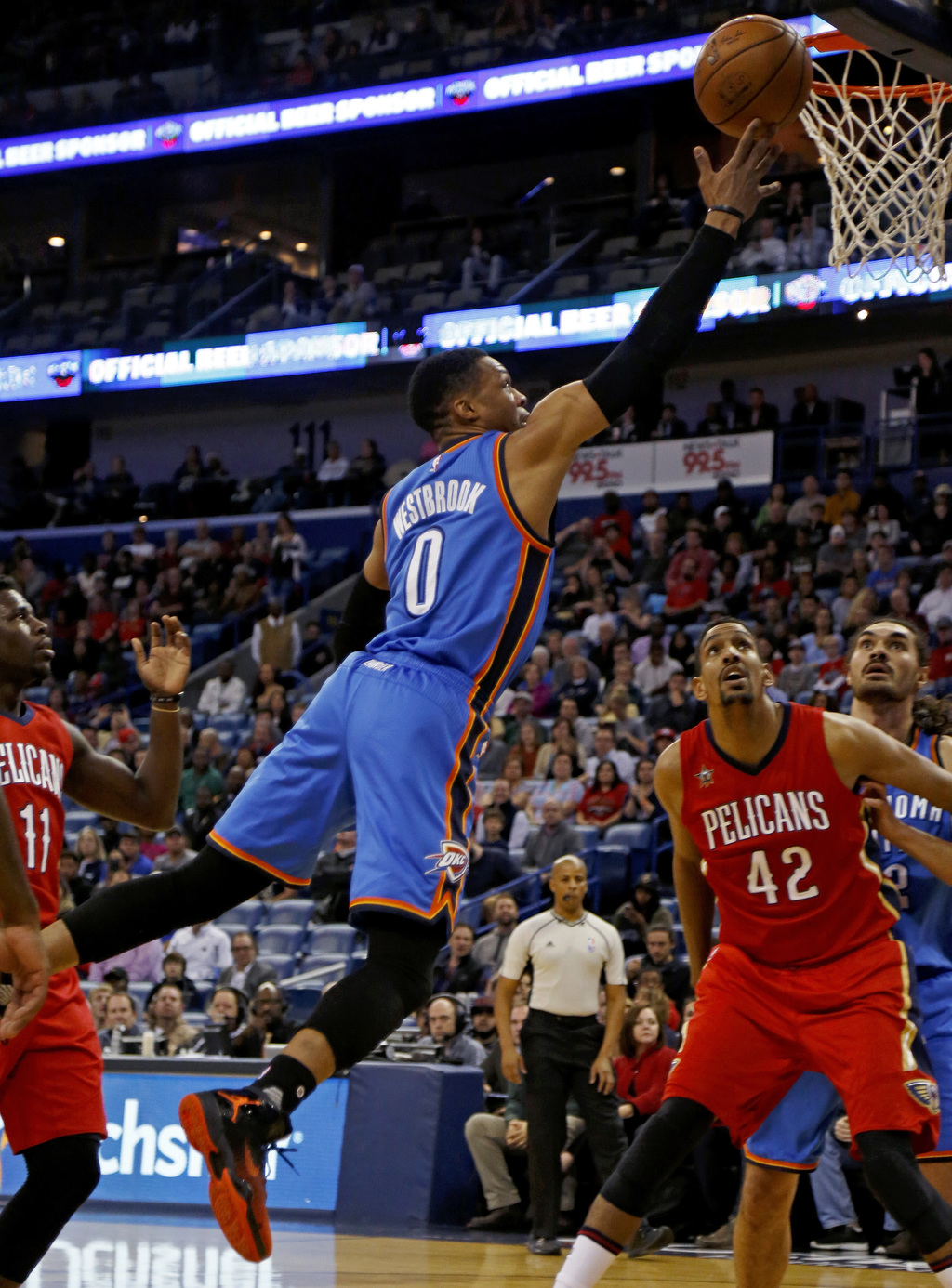 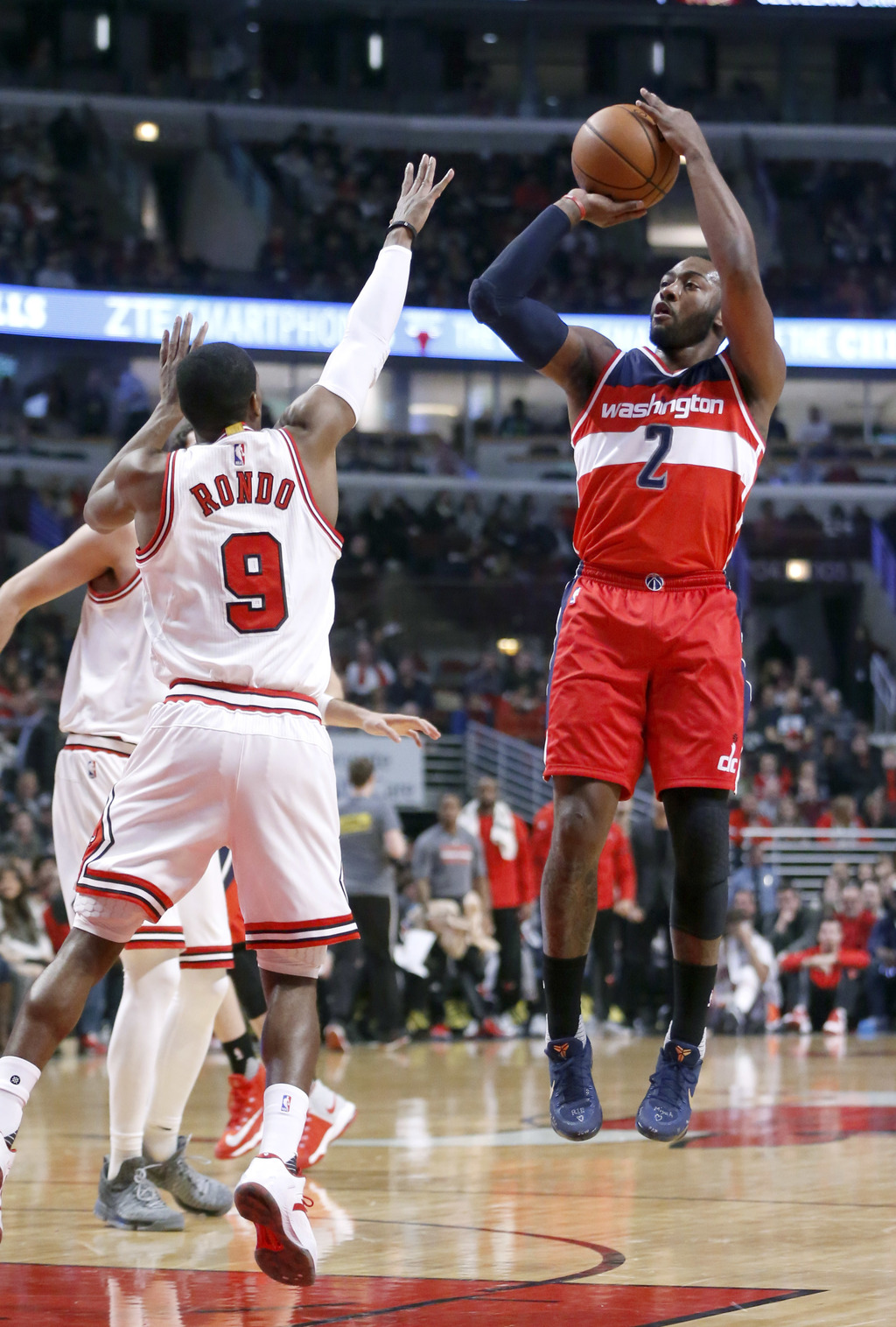 CLEVELAND (AP) — Kyrie Irving had 31 points and a career-high 13 assists while LeBron James scored 29 as the Cleveland Cavaliers won their second game in two nights over the Milwaukee Bucks, 113-102 on Wednesday despite being without two starters.

The NBA champs were not at full strength as Kevin Love didn't dress for the second straight game with a bruised left knee, and J.R. Smith sat out after breaking his right thumb Tuesday at Milwaukee and needs surgery.

They were barely missed as Cleveland won for the eighth time in nine games.

Giannis Antetokounmpo scored 28 points and Jabari Parker 27 for the Bucks, who took the Cavs to overtime at home but fell behind by 21 in the fourth quarter this time and couldn't come back.

AUBURN HILLS, Michigan (AP) — Marc Gasol matched a career high with 38 points on 14-of-17 shooting as Memphis beat Detroit in a matchup of slumping teams.

The Grizzlies ended their three-game losing streak, while Detroit dropped its fourth straight.

Memphis was boosted by the return of Chandler Parsons, who missed the previous 17 games with a bone bruise on his left knee. He had two points and two rebounds in 15 minutes.

Zach LaVine added 18 points for the Timberwolves, who earned consecutive wins for the first time since this season.

Dennis Schroder finished 21 points and Paul Millsap had 18 points and 10 rebounds for Atlanta.

Alex Abrines scored nine of his 18 points during a pivotal 11-0 run early in the fourth quarter. The surge gave the Thunder a 100-87 lead with 9:18 left, and the Pelicans never got within eight after that.

Anthony Davis had 34 points and 15 rebounds for New Orleans. Jrue Holiday added 23 points and 10 assists and Terrence Jones scored 21 for the Pelicans.

CHICAGO (AP) — John Wall had 23 points and nine assists as Washington rallied past Chicago for its third road victory of the season.

Trey Burke and Marcus Thornton came off the Washington bench to spark a decisive fourth-quarter burst. Chicago closed to 97-93 with less than 3 minutes left, but Bradley Beal, Marcin Gortat and Wall followed with baskets to seal it.

Beal finished with 21 points, while Gortat had 14 points and 11 rebounds. Burke scored 10.