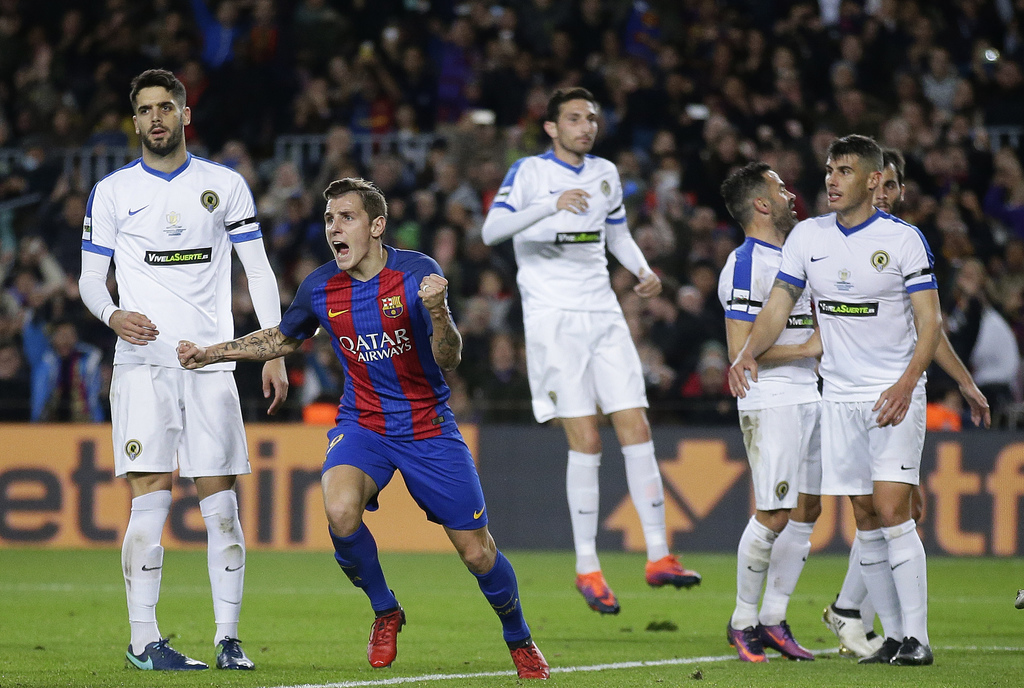 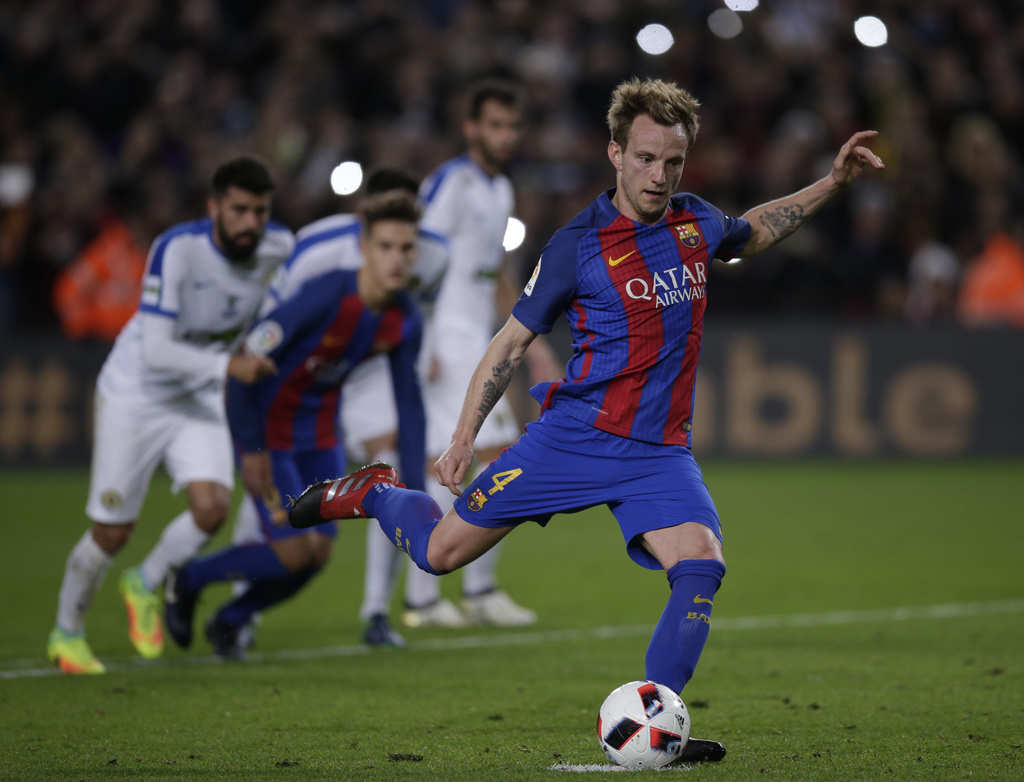 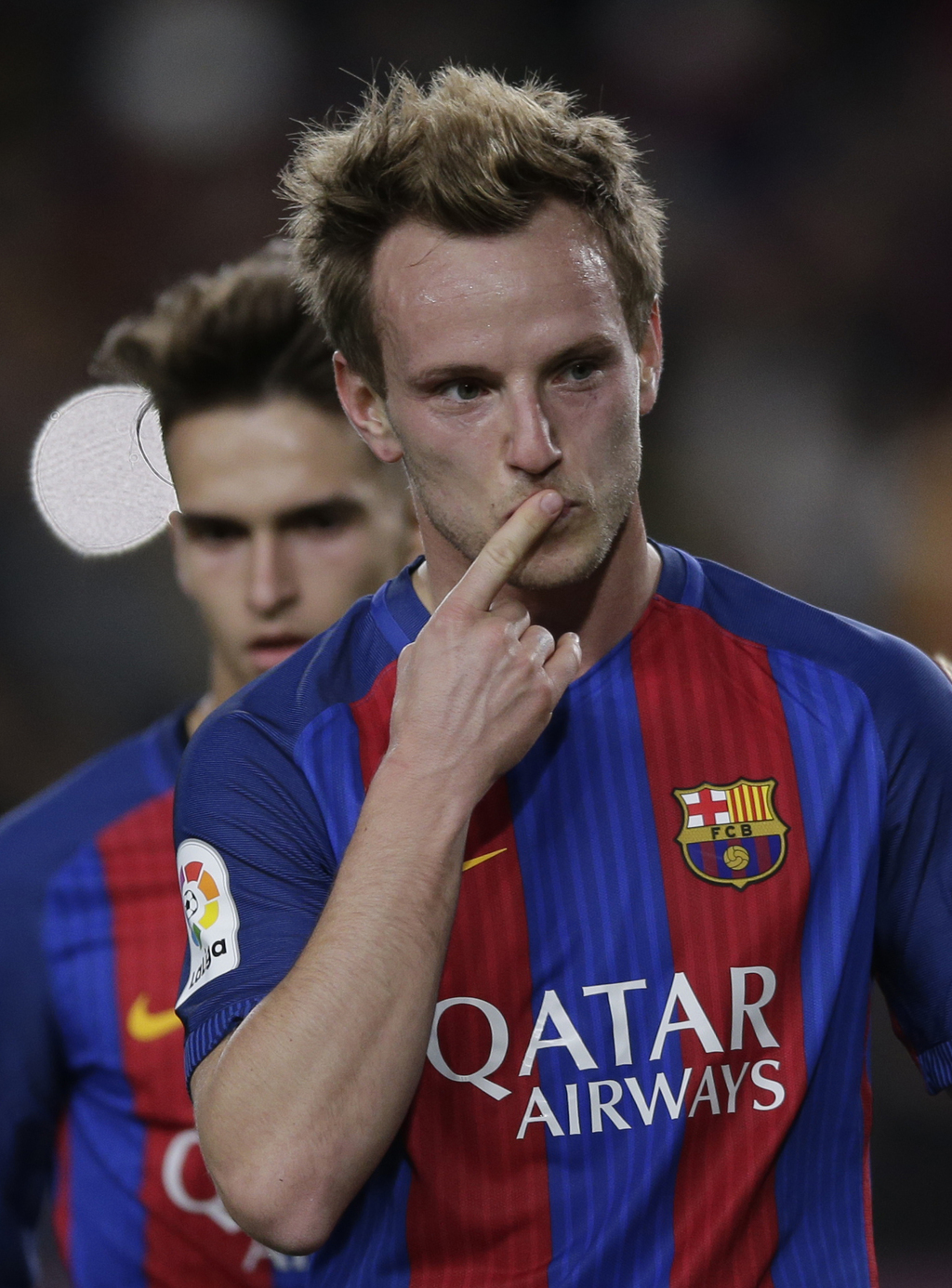 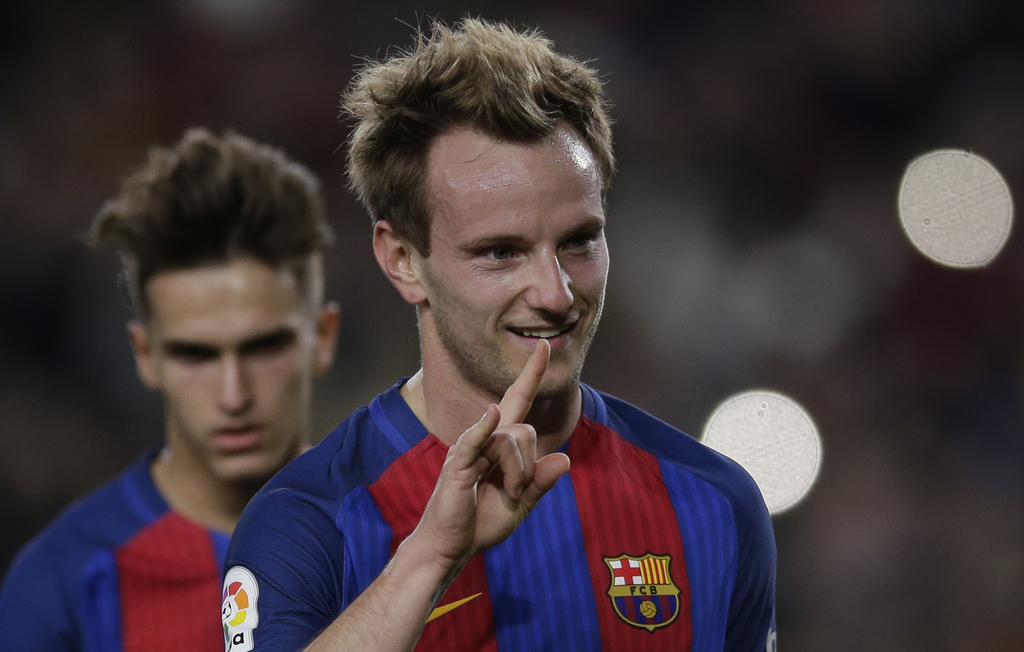 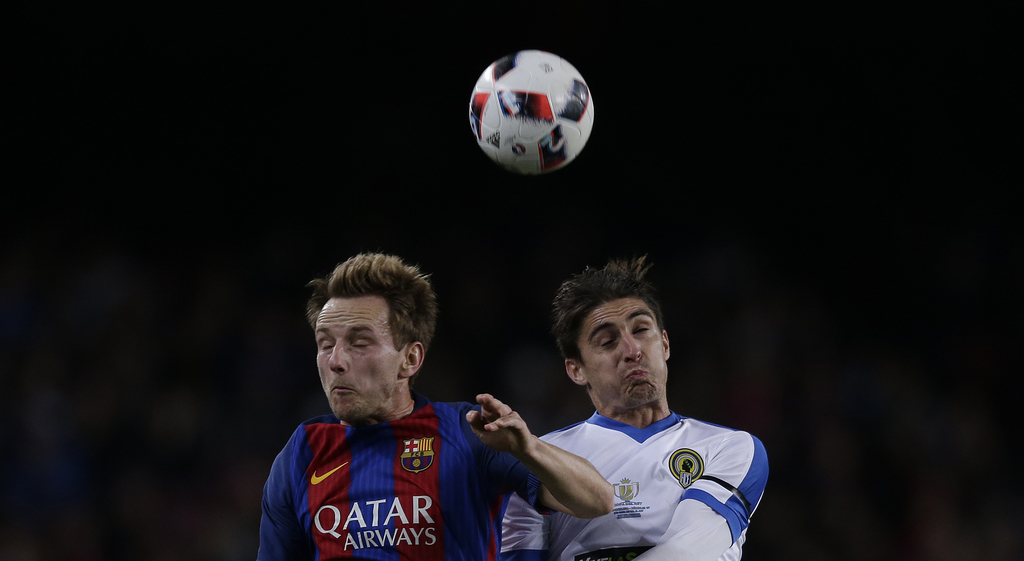 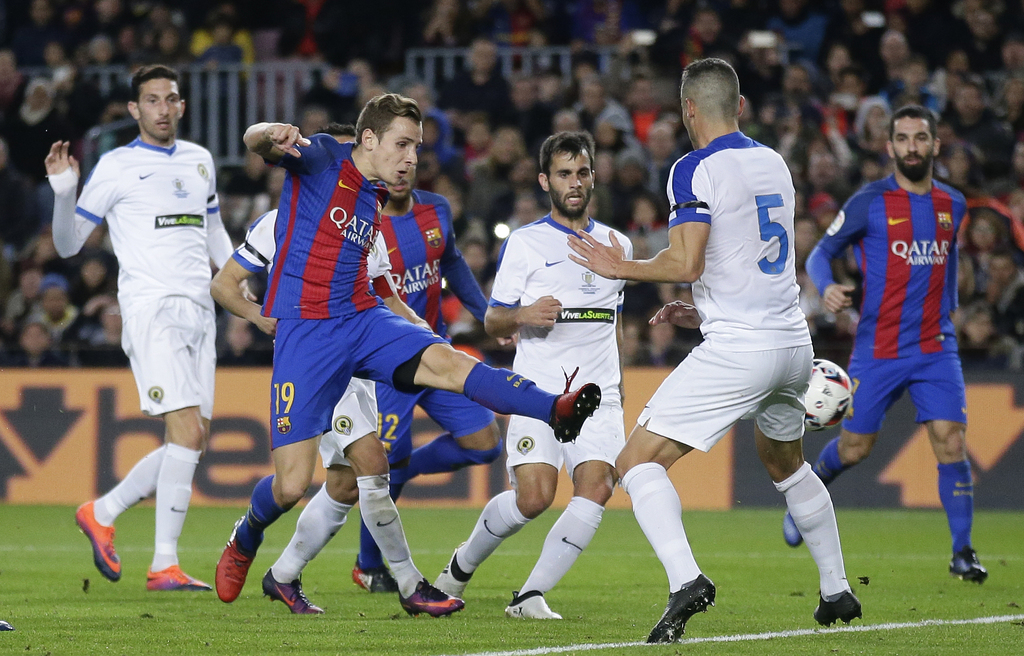 MADRID (AP) — Barcelona's reserves got the job done at the second attempt, leading the Catalan club to the round of 16 of the Copa del Rey with a 7-0 rout of third-division Hercules on Wednesday.

After being held to a stunning 1-1 draw in the first leg, a hat trick from Arda Turan helped the second-stringers to a comfortable victory at Camp Nou.

The defending champions got off to a slow start, but the game opened up after defender Lucas Digne got on the board with a shot from inside the area in the 37th minute.

Midfielder Ivan Rakitic added to the lead by converting a penalty just before halftime, and Rafinha, Turan and Paco Alcacer scored in the second half. Alcacer's goal was his first in a competitive match since joining Barcelona this season. He had netted in a friendly last week.

"We had to be patient," Rakitic said. "After the first goal, everything was easier."

Despite the first-leg setback, Barcelona coach Luis Enrique stuck to the reserves and gave some extra time off to Lionel Messi, Luis Suarez, Neymar and Gerard Pique after they played in the team's last league game of 2016 at the weekend.

Turan, Rakitic, Rafinha and Javier Mascherano were the only seasoned players starting against Hercules on Wednesday, which marked the team's final game of the year.

The Copa del Rey will resume in the first week of January.

On Tuesday, Atletico Madrid beat third-division club Guijuelo 10-1 on aggregate after a 4-1 win at Vicente Calderon Stadium, while Real Madrid had already reached the next round by eliminating third-division team Cultural Leonesa.

Brazilian playmaker Paulo Henrique Ganso opened the scoring in Seville with his first goal since joining the club this season, and Pablo Sarabia netted twice in the one-sided match at Ramon Sanchez-Pizjuan Stadium.

"I'm happy that we finished the year this way," Sevilla coach Jorge Sampaoli said. "Despite the difference between the teams, we played with respect and gave everything we had."

Valencia ended the year giving its fans some reason to celebrate by beating Leganes for a 5-2 victory on aggregate.

Striker Rodrigo scored a goal in each half for Valencia, which earned only its third win in 10 matches since former Italy coach Cesare Prandelli took over in October.

The team is winless in seven games in the Spanish league and enters the break only one spot from the relegation zone.

Osasuna defeated Granada 2-0 to advance 2-1 on aggregate in a matchup between the bottom clubs in the first division of the Spanish league. Promoted Osasuna is last going into the winter break, with Granada just one spot ahead.

In La Coruna, Deportivo went through with a 3-2 win on aggregate after beating Real Betis 3-1.