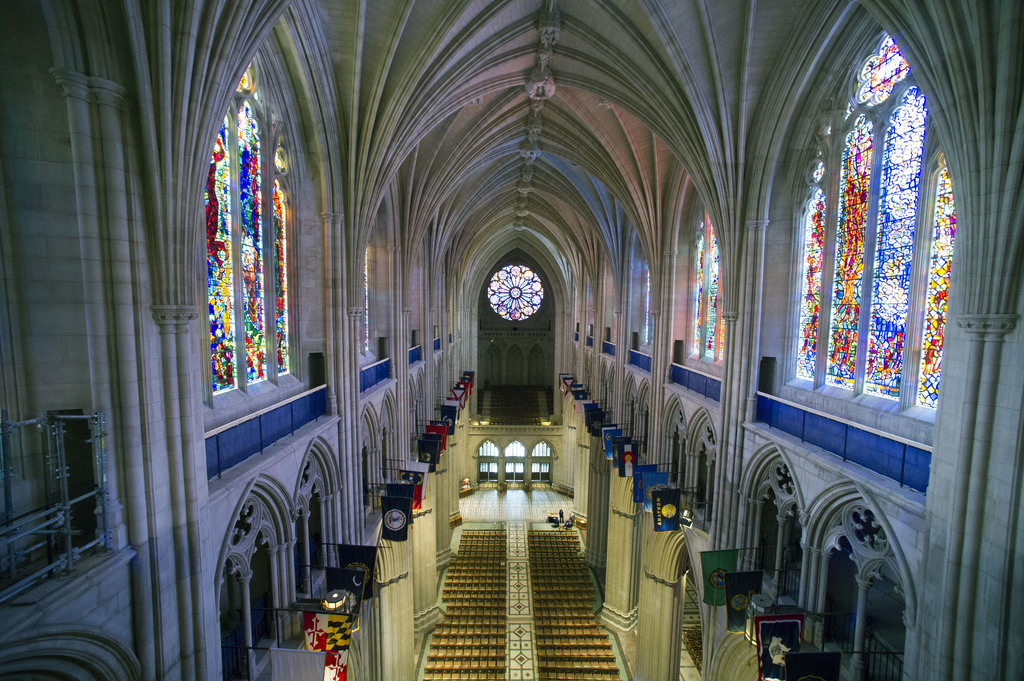 Donald Trump's Inaugural weekend will include an interfaith prayer service at Washington's National Cathedral, a customary event but complicated this year by anger over the president-elect's rhetoric on Muslims, immigrants and others.

The service was announced Wednesday by the presidential inaugural committee, which provided no details on the ceremony or participants. A similar 2013 event for President Barack Obama's second-term Inaugural included about two dozen religious leaders, including three Muslims, along with representatives of Judaism, evangelical Christianity, mainline Protestantism, Orthodox Christianity and Sikhism.

Cardinal Donald Wuerl, the Roman Catholic archbishop of Washington, has been helping plan the Jan. 21 service and will participate, said his spokeswoman, Chieko Noguchi. She said the organizing "is still in its early stages."

Washington Episcopal Bishop Mariann Budde, who oversees the cathedral, declined an interview request Wednesday. She released a brief statement saying the service "is a moment for our next president to pause and contemplate the incredible responsibility he has been entrusted with and to listen as the faith community offers prayers for the office of the president." In an interview Tuesday on NPR's "The Diane Rehm Show," Budde said "all faiths will be represented at his (Trump's) request and we will pray for the good of our nation."

The cathedral, part of the Episcopal Church, a liberal Protestant group, has hosted presidential funerals and national prayers of mourning, including a ceremony with evangelist Billy Graham three days after the Sept. 11 attacks. The cathedral also has been deeply involved in interfaith outreach, including hosting Friday communal prayer for Muslims two years ago — a first for the worship space.

The cathedral staff and other religious leaders will work with the inaugural committee on the event, but the committee "can't dictate everything about it because it is, in fact, an Episcopal cathedral, so they have to negotiate" over who is invited and what they say during the ceremony, according to Charles Haynes of the Religious Freedom Center at the Newseum Institute in Washington.

Johnnie Moore, a member of Trump's evangelical advisory board, which meets weekly, said the decision about religious events related to the inaugural would be made by the president-elect's aides, not the advisory group. Moore said he has been to Trump Tower in New York more than once to discuss policy and plans to attend the inauguration and the cathedral service. "It's going to be reconciliatory," said Moore, a public relations executive who leads The KAIROS Company. He said the ceremony will underscore "the president-elect's commitment to having a presidency for all Americans."

Trump won 81 percent of white evangelical voters and 52 percent of the overall Catholic vote. Conservative Christians and others have been deeply heartened by Trump's promise to appoint conservative U.S. Supreme Court justices, among other pledges.

But Trump lost Latino Catholics and attracted only 24 percent of Jews. He has drawn condemnations from a wide range of religious leaders over his calling Mexicans rapists, and pledging to deport large numbers of immigrants in the country illegally, while severely restricting visitors from Muslim nations. This week, the U.S. Conference of Catholic Bishops announced a new working group to advocate on behalf of immigrants and refugees. Earlier this month, more than 300 American Muslim leaders sent a letter to Trump expressing grave concern about his incoming administration, including appointees who have cast suspicion on all Muslims as a potential terror threat.

These tensions could discourage some religious leaders from participating in the cathedral service. "As a matter of conscience, religious leaders who are concerned about the next administration might do well to be a part of this ceremony and to pray for what they would like to see, to lift up religious freedom, to lift up a country that is religiously diverse and call on the president-elect to remember that as he takes office," Haynes said.

Rizwan Jaka, board chairman of the Washington-area mosque ADAMS, one of the largest mosques in the country, said "it would be very good for Muslims to be a part of this" cathedral service. The spiritual leader of ADAMS, Imam Mohamed Magid, was one of three Muslims who participated in a similar event at the cathedral for President Barack Obama's 2013 inauguration. Magid was one of the signers of the Muslim letter to Trump.

"I believe our nation must come together in unity and healing. I believe we must continue to advocate for religious freedom, better race relations, women's rights, national security, civil rights and counter bigotry in all forms," Jaka said.

The cathedral service will be held on a Saturday morning, during the Jewish Sabbath, when observant Jews are forbidden to drive or use electricity, among other restrictions, potentially complicating efforts to find a rabbi to participate in the service. Ivanka Trump and her husband Jared are Orthodox Jews and would face the same Shabbat limits. The inaugural is constitutionally mandated to be held on Jan. 20, and the National Cathedral service is usually held the next day.

Nathan Diament, head of the public policy arm of the Orthodox Union, the main communal association for Orthodox Judaism, said the cathedral service "should not be looked at in a partisan way."

"It's meant to be a unifying event," Diament said. "It's meant to focus on praying for the success, not only of the president but also his entire administration and the new Congress, which is something everyone should hope for."