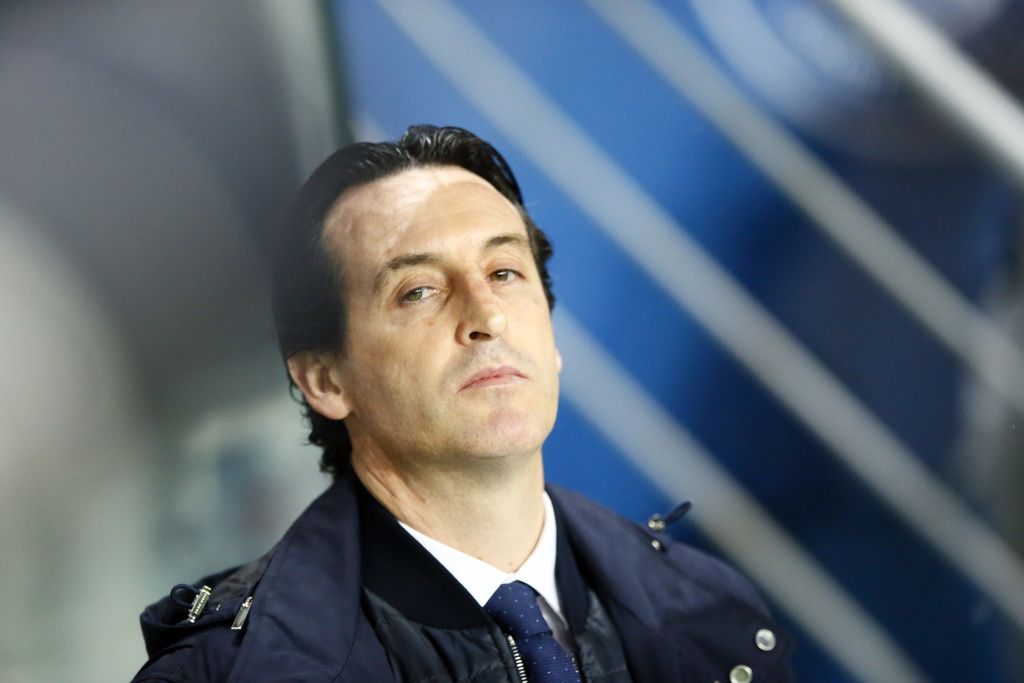 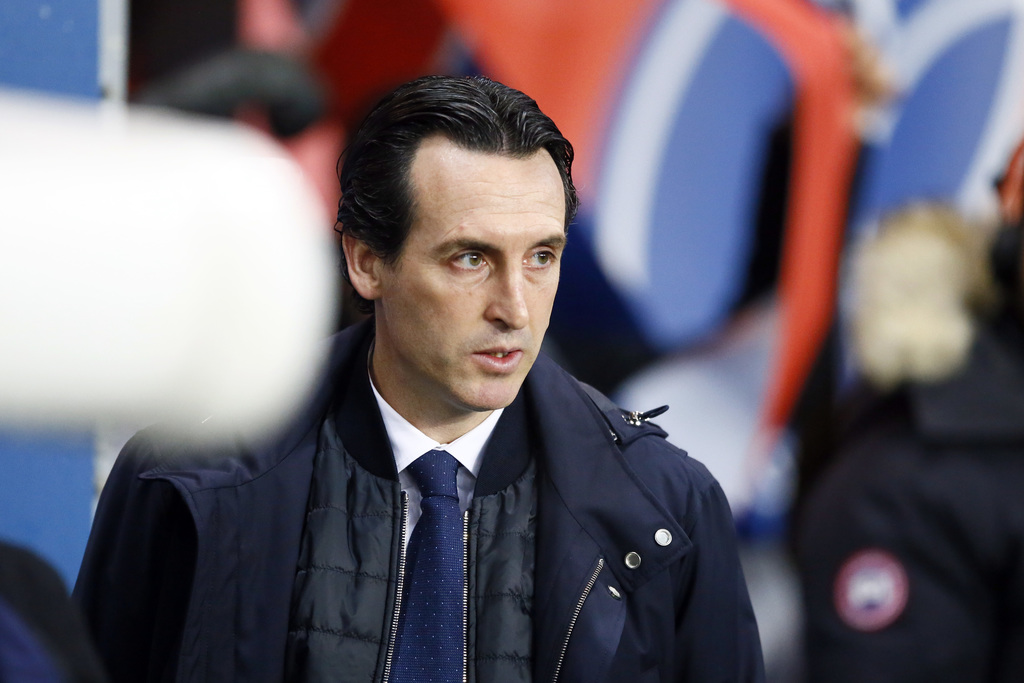 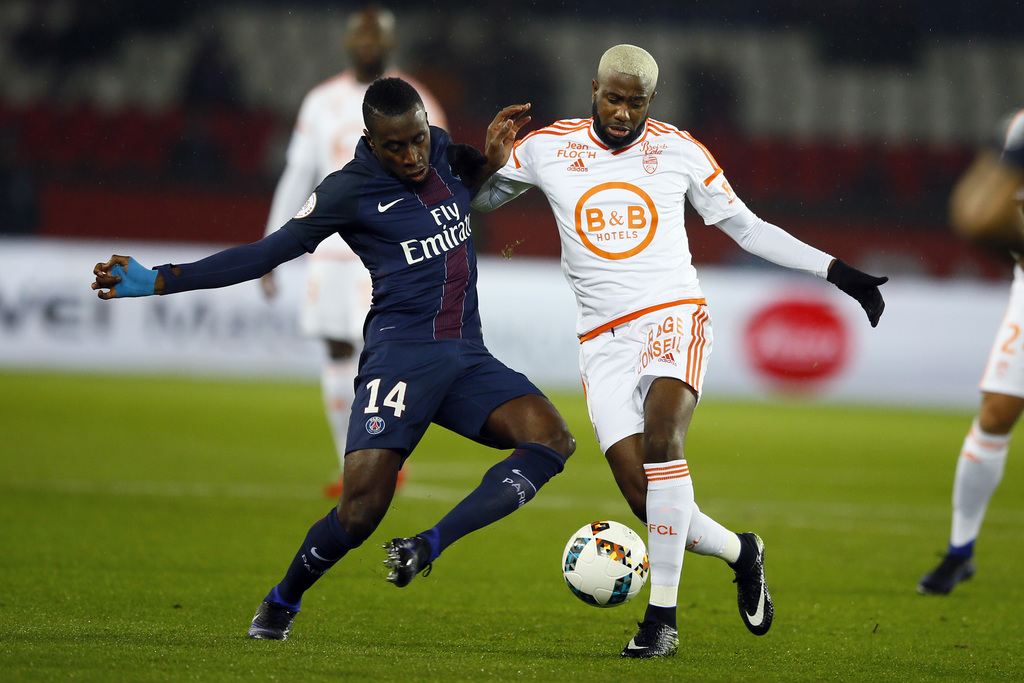 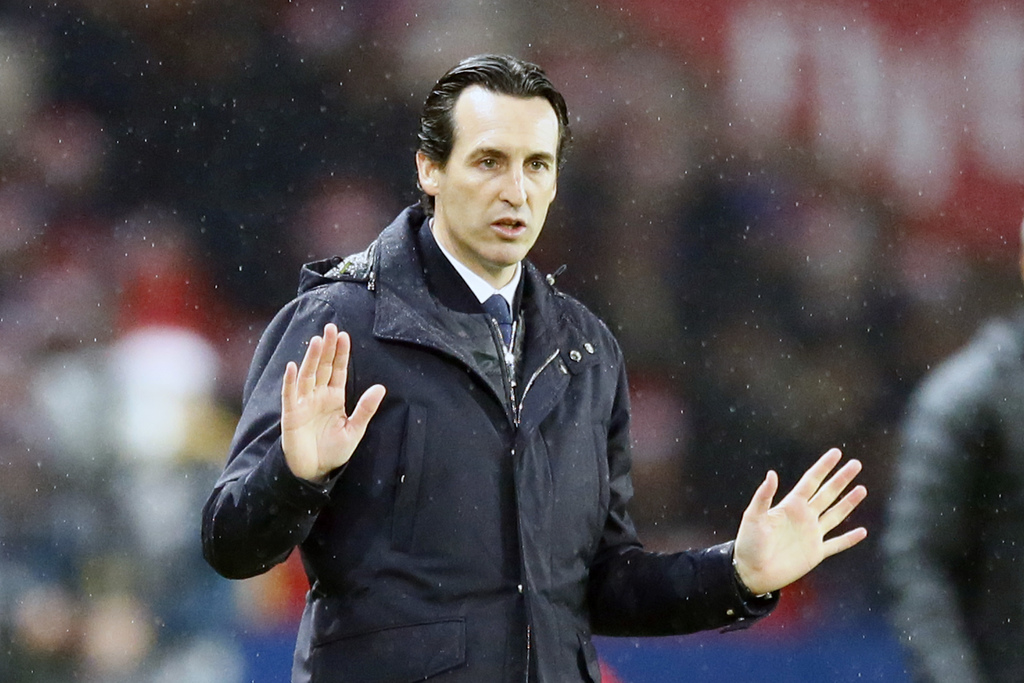 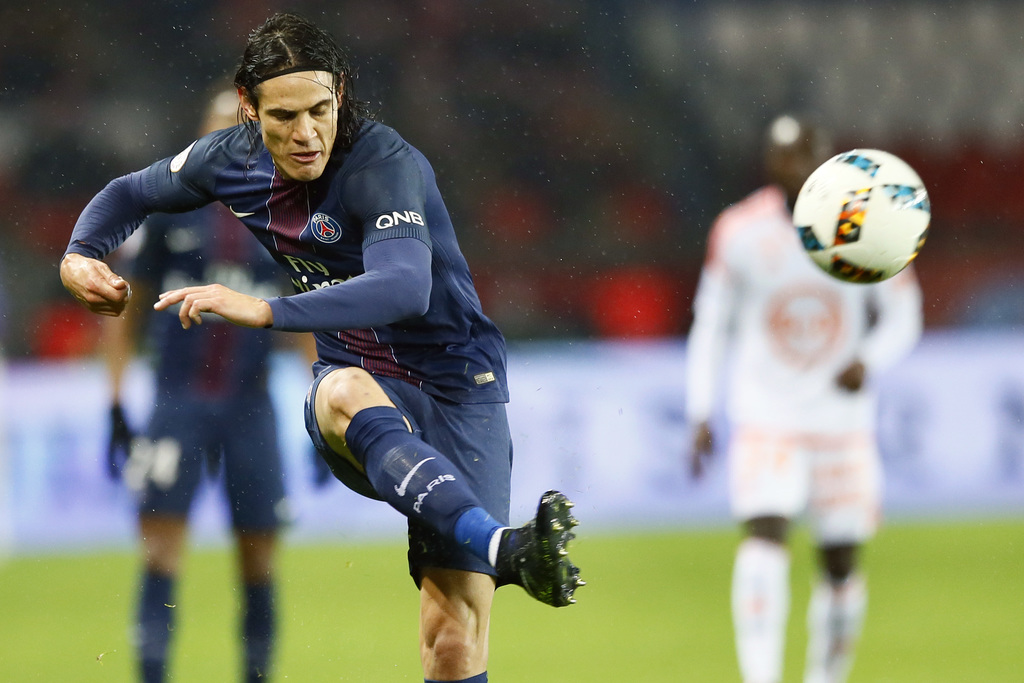 Third-place PSG is three points behind Monaco, which beat Caen 2-1 at home, and five behind league leader Nice, which drew 0-0 away to Bordeaux.

The spotlight was firmly on Emery after last weekend's 2-1 defeat away to Guingamp — PSG's fourth loss in the league so far — but Lorient's abysmal defending made it too easy.

After a quiet opening spell, right back Thomas Meunier put PSG ahead in the 25th minute with an audacious piece of skill, clipping the ball over the head of a Guingamp defender and floating a shot into the opposite corner.

Lorient center half Zargo Toure score an own goal just before halftime and Brazilian defender Thiago Silva rose unchallenged to head in a corner in the 51st minute.

The communication between goalkeeper Paul Delecroix and his defense appeared non-existent all night.

For the fourth goal, a gaping hole was left as Cavani ran onto a through ball and then appeared to go down before any contact from Delecroix. The penalty was awarded, and Cavani sent Delecroix the wrong way for his 24th goal in all competitions.

Still, given how bad last-place Lorient was, there is little reason to suggest Emery has turned the corner.

PSG has already lost twice as many league games as it did last season, when it was unbeaten in the league until Feb. 28, won Ligue 1 by a record 31 points, and scored 102 goals.

Emery will need some convincing performances to convince the club's Qatari owners that they made the right decision to fire Laurent Blanc and hire him after he guided Spanish club Sevilla to a third straight Europa League title.

PSG lost only four games last season in all competitions as it won a second straight domestic treble under Blanc, who was replaced because he failed to get past the quarterfinals of the Champions League.

Five-time European champion Barcelona stands between PSG and place in the quarterfinals. But before that, PSG resumes league duties on Jan. 14 with a tough match away to Rennes.

Nice had striker Mario Balotelli and midfielder Younes Belhanda sent off in the last minute of an even encounter.

Balotelli was red carded for kicking out at Polish defender Igor Lewczuk and Belhanda joined him in the dressing room moments later for another perceived retaliation.

Nice striker Alassane Plea and Bordeaux's Brazilian forward Malcom went close in the first half, during which Balotelli had to change his bloodied shirt after getting caught by a stray arm from Bordeaux midfielder Jeremy Toulalan.

Bordeaux striker Diego Rolan hit the post and Balotelli had a shot saved in an even second half.

Monaco made the most of the reprieve when Colombia striker Radamel Falcao earned and scored a penalty in the 48th minute for his 11th goal in 13 league games this season.

Midfielder Tiemoue Bakayoko made it 2-0 in the 76th, while Caen striker Herve Bazile pulled a goal back in injury time.

Lacazette later turned provider, making a fine run and then cushioning a pass perfectly for forward Nabil Fekir made it 2-0 near the end.

Lyon is in fourth place, five points behind PSG but with a game in hand.