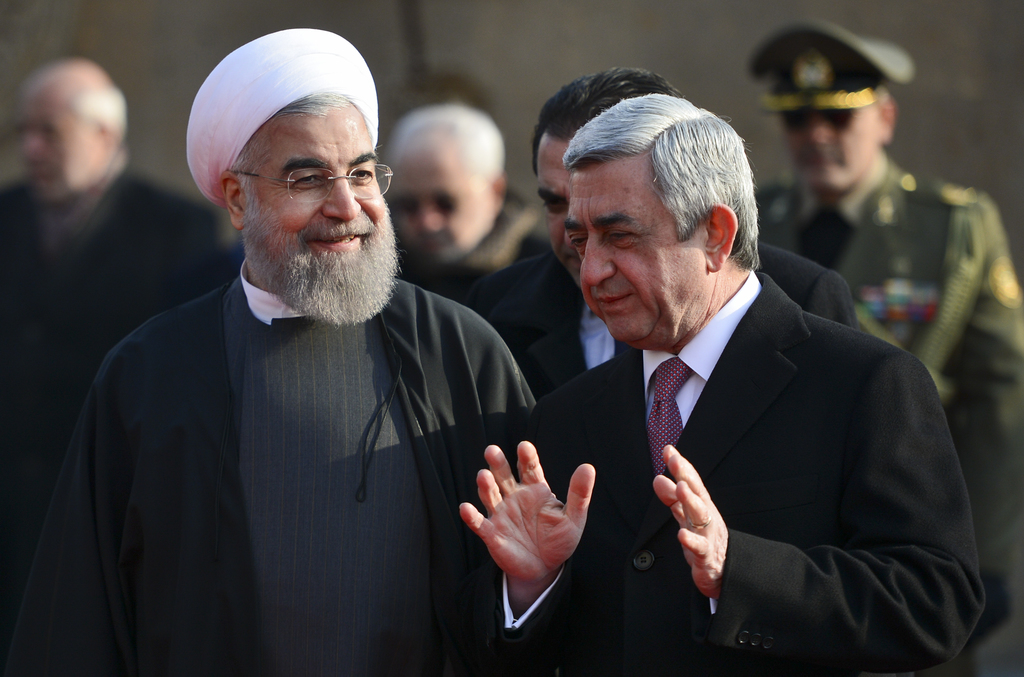 YEREVAN, Armenia (AP) — Iran's President Hassan Rouhani says on a visit to Armenia that the two nations should work to expand transport routes in the region.

Rouhani said Wednesday after talks with his Armenian counterpart Serzh Sargsyan that Iran and Armenia must develop a transport corridor that will lead from the Persian Gulf all the way to the Black Sea.

Landlocked Armenia borders Iran, along with Azerbaijan, Georgia and Turkey. The former Soviet nation has suffered from a crippling economic blockade imposed by Turkey, which supports its ally Azerbaijan in the conflict with Armenia over the Nagorno-Karabakh region.

Rouhani said it's important for Iran and Armenia to boost their security cooperation. He noted the two nations should also jointly tackle environmental issues related to the Aras River that flows along their border.