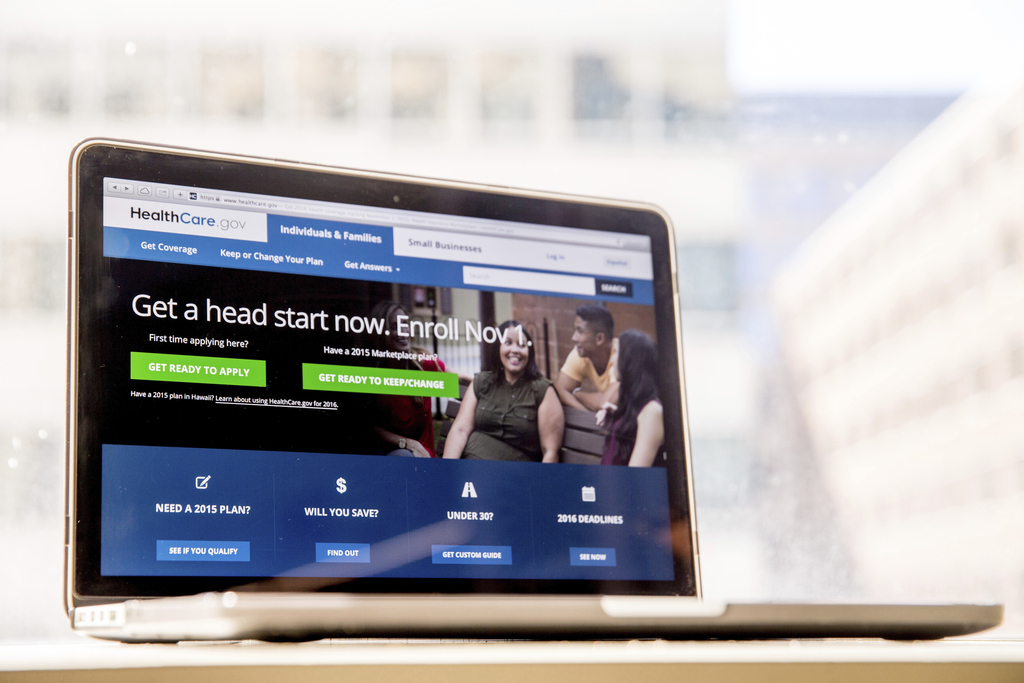 WASHINGTON (AP) — "Obamacare" seems to be holding its own. The administration said Wednesday that 6.4 million people have enrolled for subsidized private coverage through HealthCare.gov, ahead of last year's pace.

Despite rising premiums, dwindling insurers, and the Republican vow to repeal President Barack Obama's health care law, about 400,000 more people signed up through Monday than for a comparable period in 2015, the Department of Health and Human Services Department said.

"Today's enrollment numbers confirm that doomsday predictions about the marketplace are not bearing out," said Health and Human Services Secretary Sylvia Burwell.

Still, it's too early for supporters of the Affordable Care Act, or ACA, to say "I told you so." It's unclear if the administration will meet its target of 13.8 million sign-ups.

That's partly because the share of new customers is down when compared with current consumers re-upping for another year. New customers are 32 percent of the total this year versus 40 percent last year. Administration officials said they're going to focus on getting more new customers between now and the end of open enrollment Jan. 31.

"There are zero signs that the ACA's marketplaces are in danger of imminent collapse," said Larry Levitt of the nonpartisan Kaiser Family Foundation, who has followed the health care law from its inception.

That carries an implicit warning for congressional Republicans, who have promised to move quickly to repeal the law. That repeal would be followed by a GOP-inspired replacement, but the whole process could take several years and it's unclear what would happen to people with coverage in the meantime.

As if on cue, Democratic governors Wednesday fired off a letter to GOP congressional leaders, calling the repeal plan "nothing more than a Washington, D.C., bait-and-switch" that would leave millions uninsured and shift to states an estimated $69 billion over a decade in uncompensated care costs.

The statistics released Wednesday are for 39 states served by the federal online insurance marketplace. Numbers from states running their own markets have not been fully tallied, and will be added later, raising the total. Toward the end of this month, several million current customers who are being re-enrolled automatically will be added to the count.

Some of the biggest sign-up numbers so far are coming from states President-elect Donald Trump won in the election, including Florida (1.3 million); Texas (776,000); Georgia (352,000), and Pennsylvania (291,000). Vice president-elect Mike Pence's home state of Indiana had 119,000 residents enrolled.

Still, independent analyst Caroline Pearson of the consulting firm Avalere Health said the apparent slow-down in new customers should be a concern for the administration.

"At this time, enrollment appears to be slightly behind the pace needed to reach the administration's goal of signing up 13.8 million people," she said. "However, if more people who are currently in the market renew their coverage, then that goal could still be achieved."

Premiums for a midlevel benchmark plan in HealthCare.gov states are going up an average of 25 percent next year, driven by lower-than-expected enrollment and higher medical costs. At the same time, about one-third of U.S. counties will have only one marketplace insurer next year because some major commercial carriers have left the market, and many nonprofit insurance co-ops created by the law have collapsed.

The impact of premium increases has been softened by the law's subsidies, which are designed to rise if the cost of insurance goes up.

A study last week from the nonpartisan Center for Health and Economy found that the average monthly subsidy will increase by $76, or 26 percent, from $291 currently to $367 in 2017.

But that means taxpayers will fork over nearly $10 billion more to cover double-digit premium increases. The study estimated that the cost of premium subsidies will increase by $9.8 billion next year, rising from $32.8 billion currently to $42.6 billion.