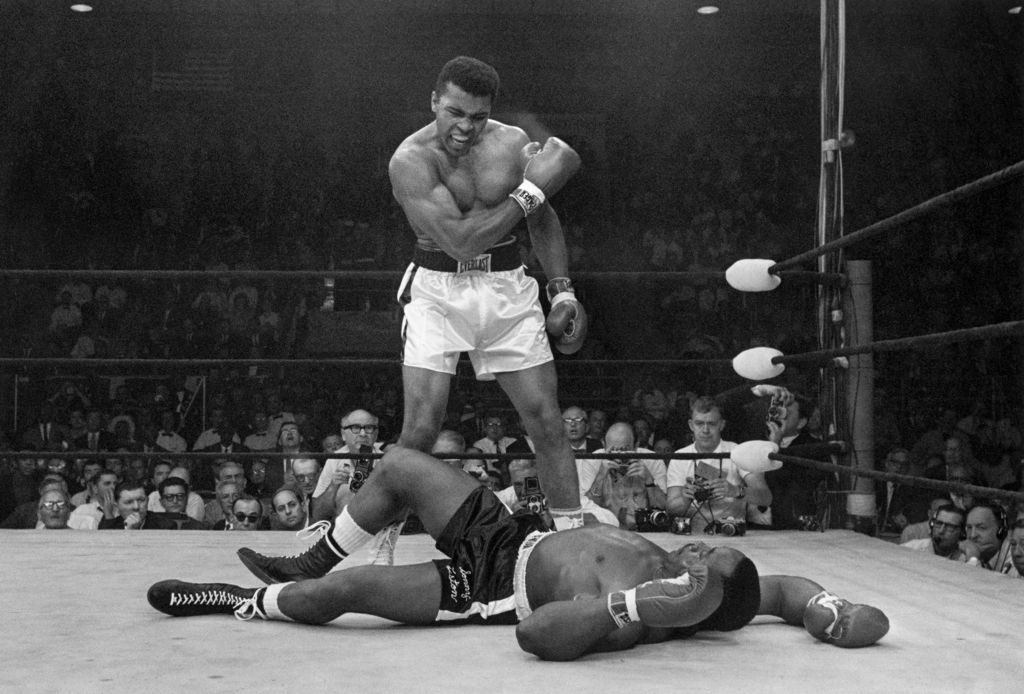 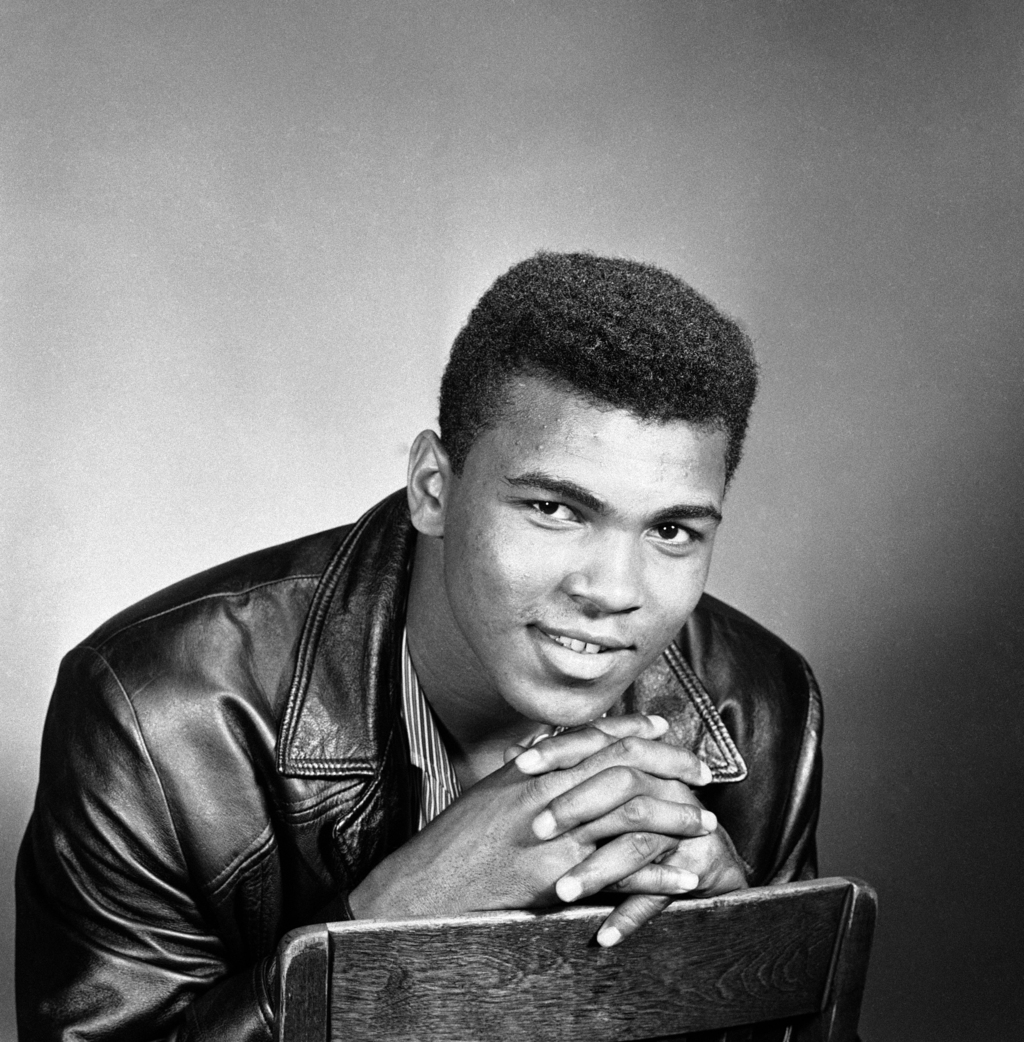 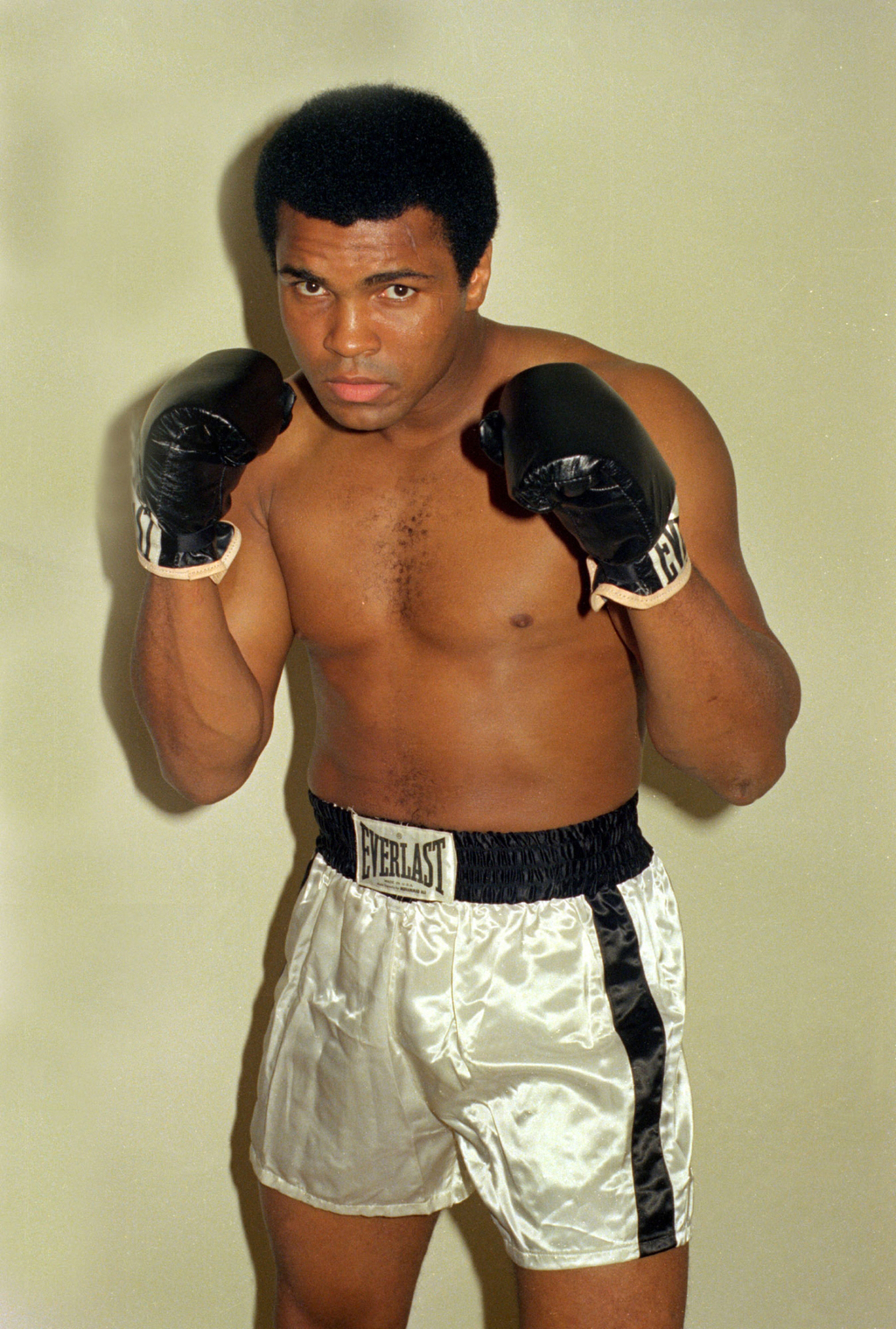 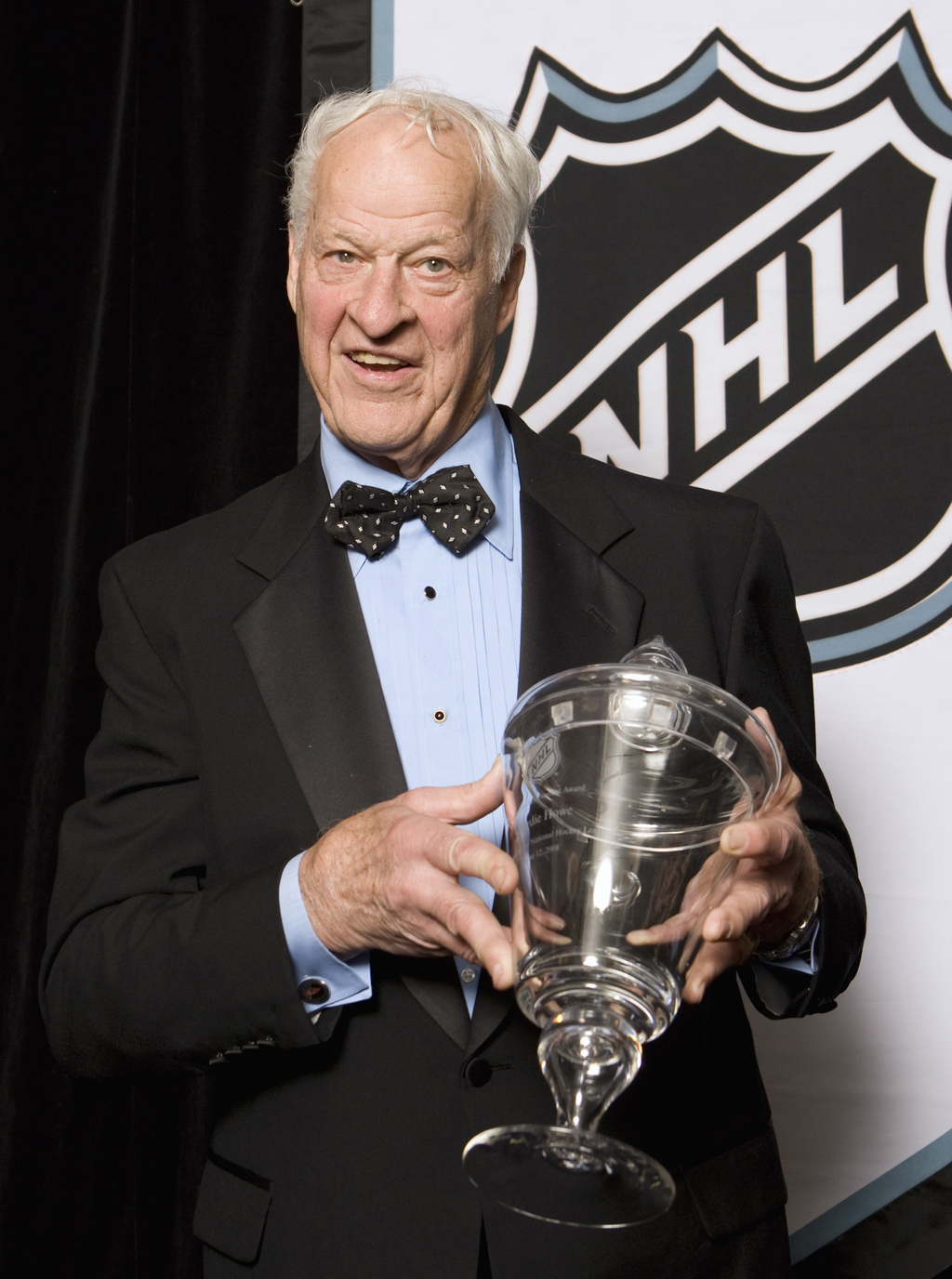 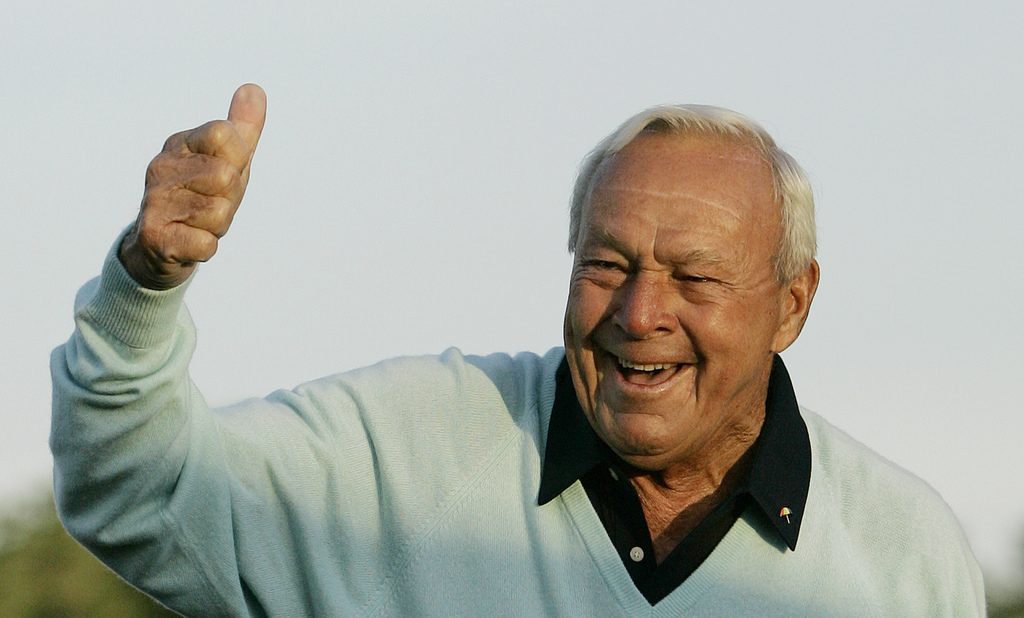 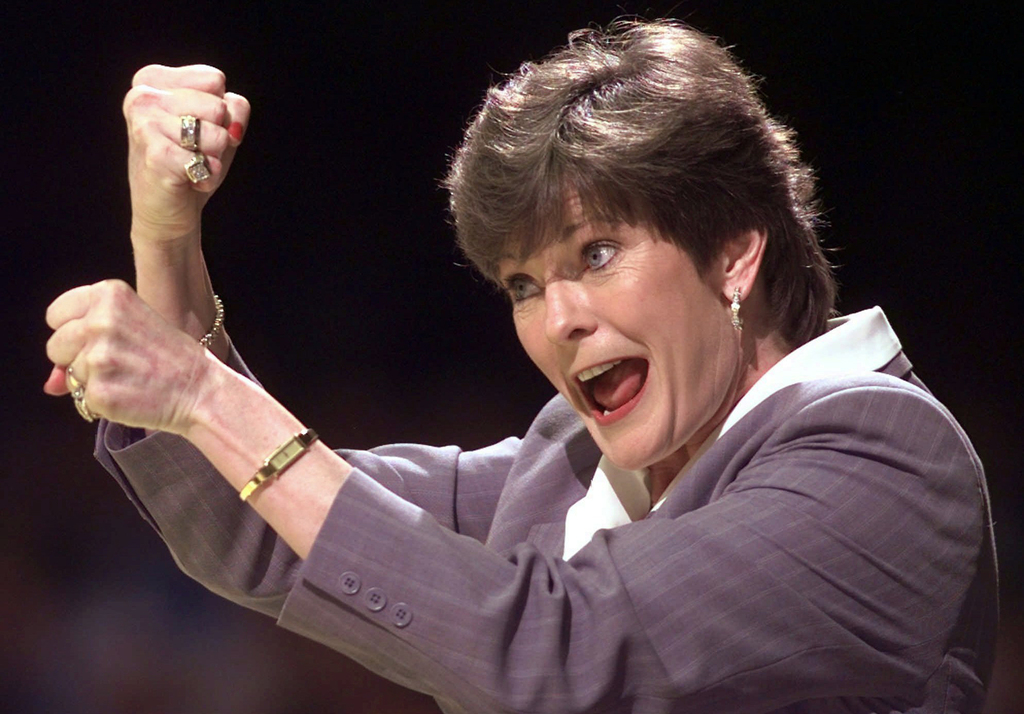 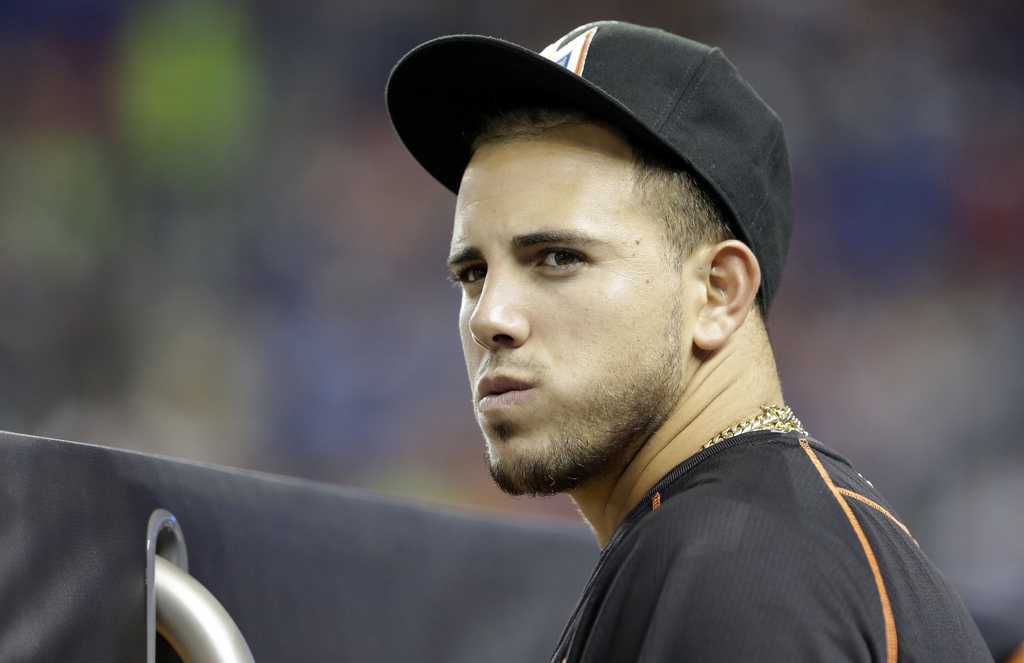 Mighty sequoias fell in sports in 2016, transformational figures who reshaped the games and the culture — from Muhammad Ali to Gordie Howe, from Arnold Palmer to Pat Summitt.

And there was loss much too soon. The famous poem "To an Athlete Dying Young" tells of a runner and his town, and how "shoulder-high we bring you home." So it was with the Miami Marlins and 24-year-old pitcher Jose Fernandez , killed in a boating accident.

Along the way, other lives lit up sports across the years:

Hockey mourned Andy Bathgate and skiing remembered big-talking Bill Johnson. Soccer is now without the great Johan Cruyff and former FIFA President Joao Havelange , who died at 100. On television, tennis and the NBA are diminished with the loss of Bud Collins and Craig Sager.

On that last ride, the hearse windshield was covered with so many flowers the driver could barely see the road let alone the throngs lining the streets. Muhammad Ali was back where it all began, in Louisville, Kentucky, where he launched a career that would shake sports like no athlete before or after him.

He was a three-time heavyweight champion , an audacious mix of speed, dazzle and brute force — the stark counterpoint years later to the shuffling man with a whisper slowed by Parkinson's.

His fights with Joe Frazier were an epic trilogy. He proclaimed himself The Greatest. He did it with wit and guile, boasts and taunts, in prose and rhyme, and always with a wink. He understood the marketplace and the showmanship that go with ticket sales. Ali fought everywhere and said they would know him in an Asian rice paddy.

He lost prime years, refusing military induction. He spoke up when that was not in fashion. He changed his religion and his name. He became a flash point for a country on edge.

Time softened the rancor. By the end, he was a national monument. At the 1996 Atlanta Olympics, he stood, shakily, with torch in hand at the cauldron.

"The man who has no imagination," he once said, "has no wings."

He was as elemental to the game as ice.

Gordie Howe came out of the hard Saskatchewan prairie and presided over his sport for five decades. He was Mr. Hockey.

Even Wayne Gretzky acknowledged the preeminence of No. 9 of the Detroit Red Wings, and it was no coincidence Gretzky wore No. 99.

Howe joined the NHL just after World War II, and before he was done finished with 801 goals and 1,850 points. He led the Red Wings to four Stanley Cups and was MVP six times.

He was a player with vision, presence and toughness. Sticks and checks and fists were the flip side to his majesty on the ice.

Family was paramount, and when he left the NHL at 45 to join the renegade WHA, nothing gave him more pleasure than to play beside sons Mark and Marty. This Methuselah with a slap shot came back to the NHL at 52.

His was a life well played.

When golfers today look around at the big prize money, the television coverage, the sponsorships and the place golf holds in the sports conversation, they can take a 3-iron from their bag, hold it aloft and thank Arnold Palmer .

"He was The King of our sport and always will be," Jack Nicklaus said.

Palmer never much cared for the regal honorific. His roots were in western Pennsylvania, and with sinewy wrists, a whip of a swing, a swaggering glint in his eye he carried an entire sport into a new age. Palmer and TV came along at the same time.

"If it wasn't for Arnold, golf wouldn't be as popular as it is today," Tiger Woods said.

Palmer won seven majors and 62 PGA tournaments, and his rivalry with Nicklaus gave golf its juice.

Palmer had a daring game, gambler's instinct and a connection to the gallery that liberated golf from its country-club enclaves.

When she was 38 and deep into a pregnancy Pat Summitt insisted on making a recruiting trip to Pennsylvania. The timing was off for the Tennessee basketball coach.

Her water broke while she was making her recruiting pitch. A frantic ride to the airport followed, although Summitt was the calmest one around. The plane was prepared to stop in Virginia. But Summitt, who bleeds Volunteer orange, wouldn't hear of it. Her child would be born in Tennessee. And so he was.

Her stare could crack steel. Her authority was unchallenged. She coached 38 years at Tennessee and became the first NCAA coach to reach 1,000 wins. Her showdowns with UConn counterpart Geno Auriemma became the sport's signature rivalry.

She moved women's basketball into big-time arenas. Her coaching — and her life — was cut short by early onset dementia. But when the conversation turns to the game's greatest coaches — man or woman — Pat Summitt's name is part of it.

Maybe it's best to remember the succession of batters flailing at his pitches; his Cuban grandmother in the stands; the exuberance of him pounding the dugout railing, the pure and simple joy of baseball.

But other images are just as indelible: his No. 16 carved into the pitching mound dirt in his honor; the trumpet's haunting notes of "Take Me Out to the Ball Game."

Jose Fernandez fled Cuba by boat at age 15, making a successful escape on his fourth attempt. But as the sea proved a starting point to stardom, so it was the finish. On a September night after a game, Fernandez and two friends died when their boat crashed at high speed into rocks near Miami Beach. The medical examiner would rule alcohol and cocaine were in his system.

Fernandez was twice an All-Star for the Miami Marlins and had a 38-17 record in four seasons. He was NL Rookie of the Year in 2013, with a future possibly pointed to Cooperstown.

"Sadly," Marlins owner Jeffrey Loria said, "the brightest lights are often the ones that extinguish the fastest."