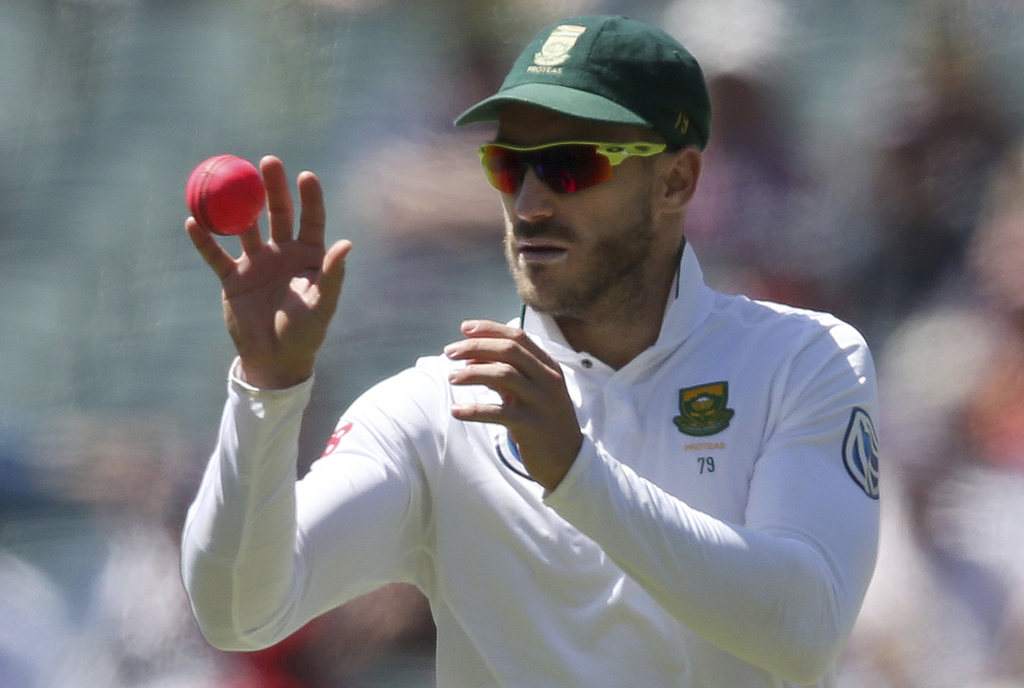 The International Cricket Council dismissed Du Plessis' appeal after he was found guilty of changing the condition of the ball during the test in Hobart by applying spit to the ball while licking a boiled sweet.

When bowled, the cricket ball can be made to swing in the air if one side of it is shiny and polished while the other half is scuffed. The movement in the air makes it difficult for batsmen to hit the ball.

The ball is frequently polished by players by being rubbed on a fielder's trousers. Sweat from a player's brow can also be used. Cricket authorities have decided that using spit that is influenced by sugary sweets to apply a sugary coat to the ball is a step too far.

Du Plessis appealed against the decision to fine him his entire fee for the match as a penalty, saying the practice was common among cricketers.

British judge Michael Beloff, chairman of the ICC's Code of Conduct Commission, dismissed the appeal after a hearing was held in Dubai. Du Plessis gave evidence by video link.

ICC chief executive David Richardson said the ICC had a duty to ensure fair play on the cricket field. "Although it was not picked up by the umpires at the time," Richardson said, "when the incident came to our attention subsequently, we felt it was our responsibility to lay a charge in this case because the ICC can't let such an obvious breach of this law pass without taking any action."

Richardson, a former South Africa international, said the decision should be seen as a "deterrent to all players not to engage in this sort of unfair practice in the future."

He said the ICC would be reviewing the outcome of the case to see if cricket's laws need to be changed "to provide further clarity to the players and umpires around this type of offence. However we are satisfied that the law is clear and is implemented consistently."