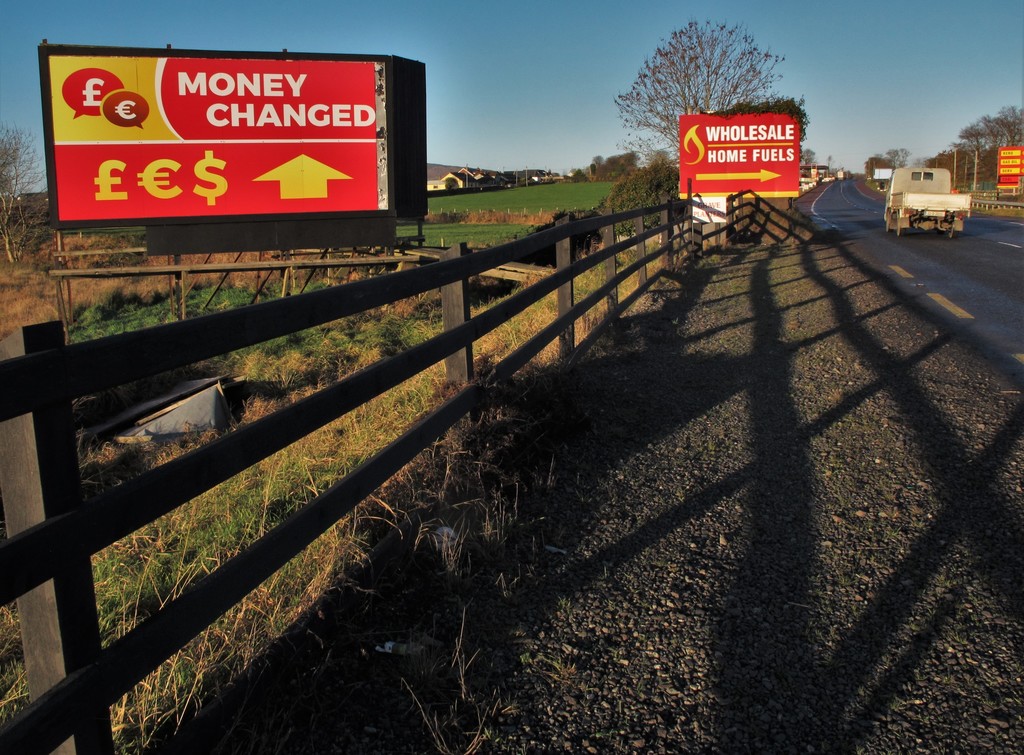 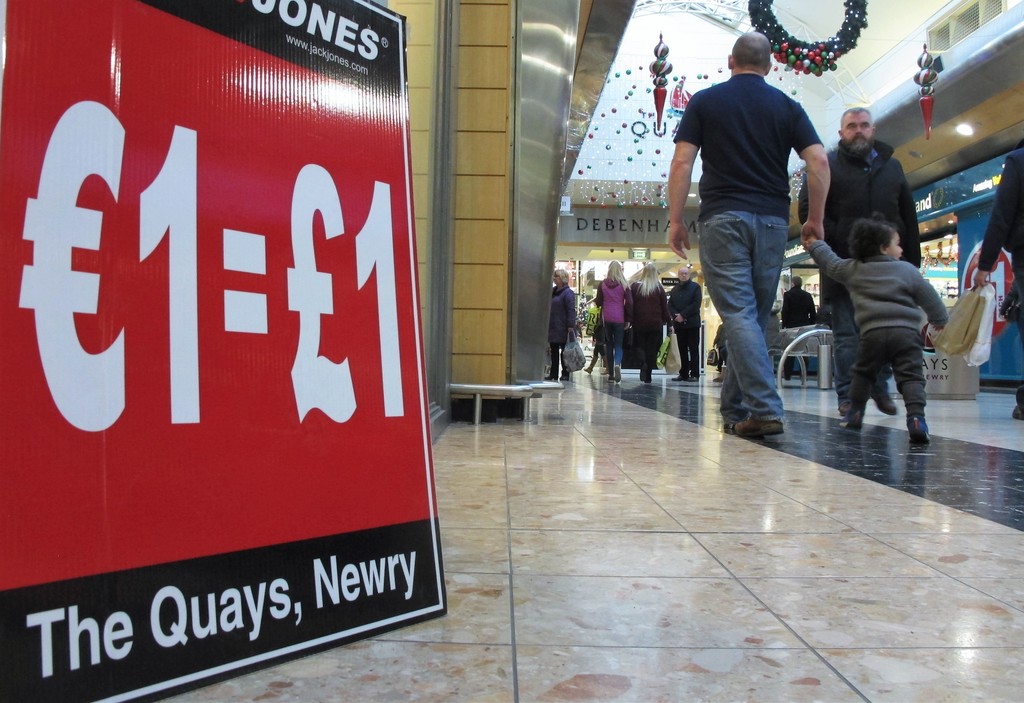 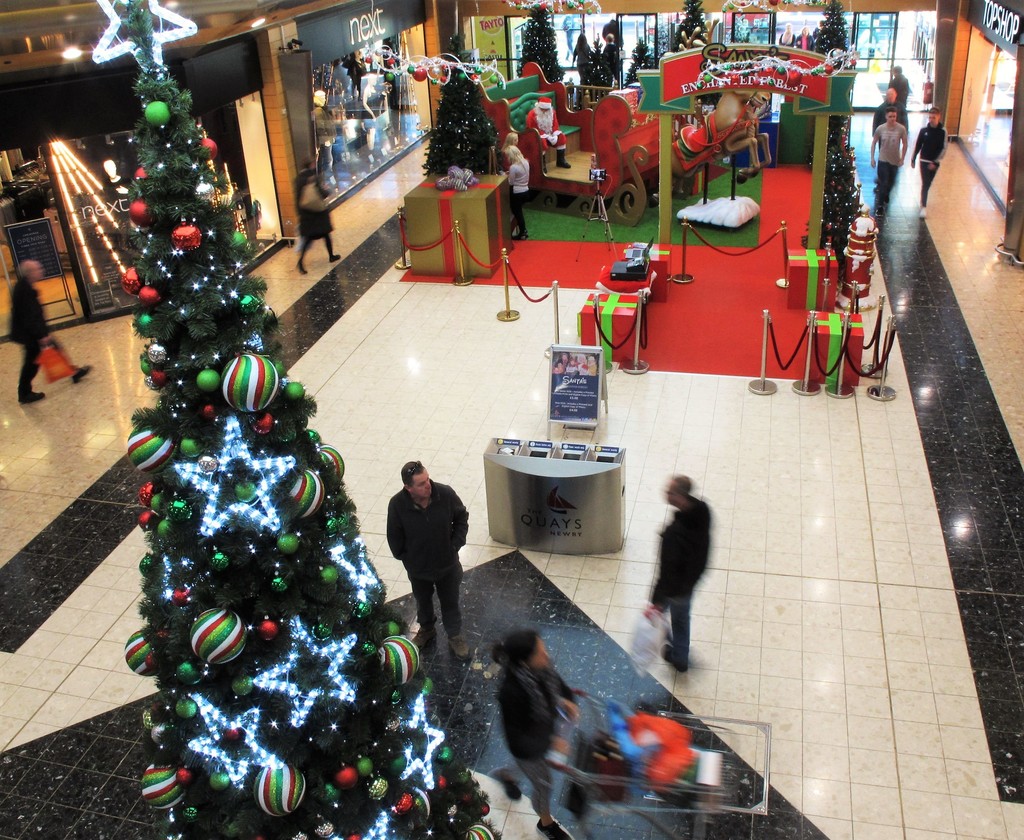 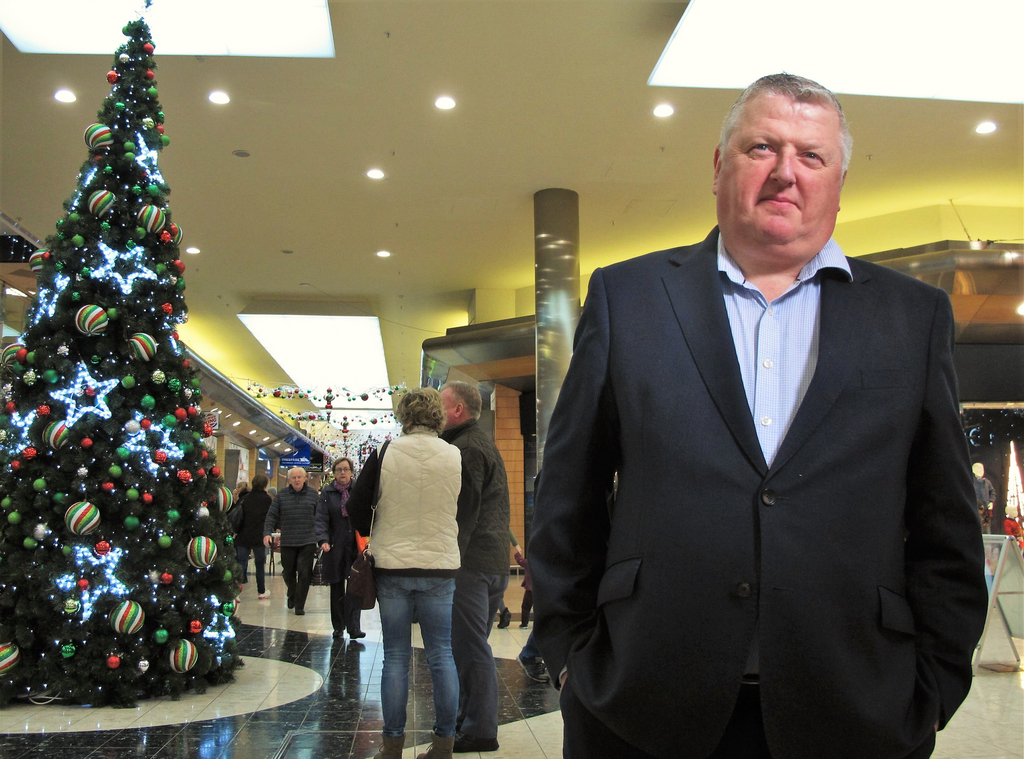 NEWRY, Northern Ireland (AP) — The threat of "Brexit" is delivering a Christmas bonanza to Northern Ireland, where the thousands visiting daily from the euro-using Republic of Ireland are finding bargains driven by the battered pound.

In the malls of Newry, a Northern Ireland town barely 5 miles (8 kilometers) from the United Kingdom's only land border with a European Union partner, the surge in cross-border holiday shopping underscores how far the British currency has fallen amid anxiety over the country's promised EU exit.

While the euro is unusually weak against the resurgent dollar, the pound is far weaker, boosting price differentials on most goods. That's been the case since June, when a majority of British voters — including 44 percent of those in Northern Ireland — shocked pollsters by voting to leave the world's largest economic union. The pound since has endured a precipitous fall and today is worth less than 1.20 euros, about 15 percent less than a year ago.

Traffic on the approach roads to Newry is running bumper to bumper as Christmas approaches, and the heavy presence of southern Irish shoppers is obvious from the license plates that display names of their home counties. Once visitors find a parking spot and head inside, they are confronted by a stock market-style ticker display listing each shop's competing exchange rates — right beside the spot where children queue to see Santa on his sleigh.

Many shops offer bank-beating discounts to shoppers with euros; a few even take them on equal value terms to pounds.

"Everyone you talk to down south has come up to get the deals," said Laura Doherty from the town of Drogheda , which lies almost exactly between Newry to the north and the republic's capital, Dublin , to the south.

"We were in Dublin last weekend and we didn't buy much, because the whole place just gave you that feeling of: I'm being ripped off," said Margaret McArdle, who lives in the Northern Ireland border village of Meigh.

Many visitors head straight for the Sainsbury's supermarket in The Quays center in Newry. Sainsbury's, one of the biggest U.K. chains, has no outlets in southern Ireland. Its most popular aisles stock an array of alcoholic beverages, the biggest cross-border product of all.

"I'll buy as much booze as I can fit into the boot of my car," said John Horgan, a Dublin street trader rapidly filling his cart with bottles of whiskey, gin and vodka. He said he planned to sell his Newry purchases of liquor from under the counter of his fruit stall. "Whatever I buy here'll be sold by the weekend in Dublin. I can make a tenner's profit on every bottle."

More discerning drinkers were counting their gains, too.

"Here's a Veuve Clicquot," said Fiachra MacRaghnaill, pulling a bottle of the premium Champagne from his cart. "Here it costs 30 pounds. In the republic it's 50 euros (42 pounds)."

He'd also bought an iPad Mini from a British electronics chain in Newry after looking up the price online, then finding an even bigger discount on arrival. "I saved 50 euros on that without even trying," he said.

Newry's gain is commonly Dundalk's loss. Dundalk , barely 14 miles (22 kilometers) down the road, is the nearest southern Irish town and main commercial rival to Newry. While Newry heaves with humanity on these December weekends, Dundalk struggles to attract a fraction of the trade.

Dundalk resident Simone Gray, who was tucking bags of Newry-purchased food and household goods into her car, recalled her most recent shopping excursion into her hometown the previous Saturday night.

"When we went through Clanbrassil Street at the top of Dundalk right the way down to where the ice rink is at the square, there was absolutely nobody," she said. "It was like a ghost town. I felt so bad for the shopkeepers. They're really suffering big time."

Cathal Austin, who has managed The Quays mall for 15 years, estimates that business from Republic of Ireland shoppers is running more than 50 percent higher than last Christmas. He's spotted customers arriving by chartered bus from as far away as Tipperary, Cork and Kerry in Ireland's southwest, four hours away or more.

Austin says nobody knows yet what kind of EU exit the British government will negotiate with Brussels. A "soft" option would keep Northern Ireland and the rest of the U.K. within the bloc's single market and customs union — and the Irish border free of checkpoints that would enforce tough import restrictions.

But Austin considers a "hard" exit probable, forcing cross-border commerce back to the 1980s when even everyday goods had to be smuggled.

"I saw a man yesterday pushing a trolley full of vodka who, if he drinks that all by himself, is going to be in severe difficulties," Austin said with a chuckle. "What worries a lot of border retailers is that Brexit might mean this freedom ends. You'd be limited to taking two bottles home. That man with the trolley full of Smirnoff will be stopped at the border and lose it to the customs agent."

He considers it likely that the pound's weakness will provide only a short-term gain at the expense of future lost business in both directions.

"If anybody thinks that Brexit offers a long-term benefit for traders on the border," he said, "they're in for a hell of a shock."