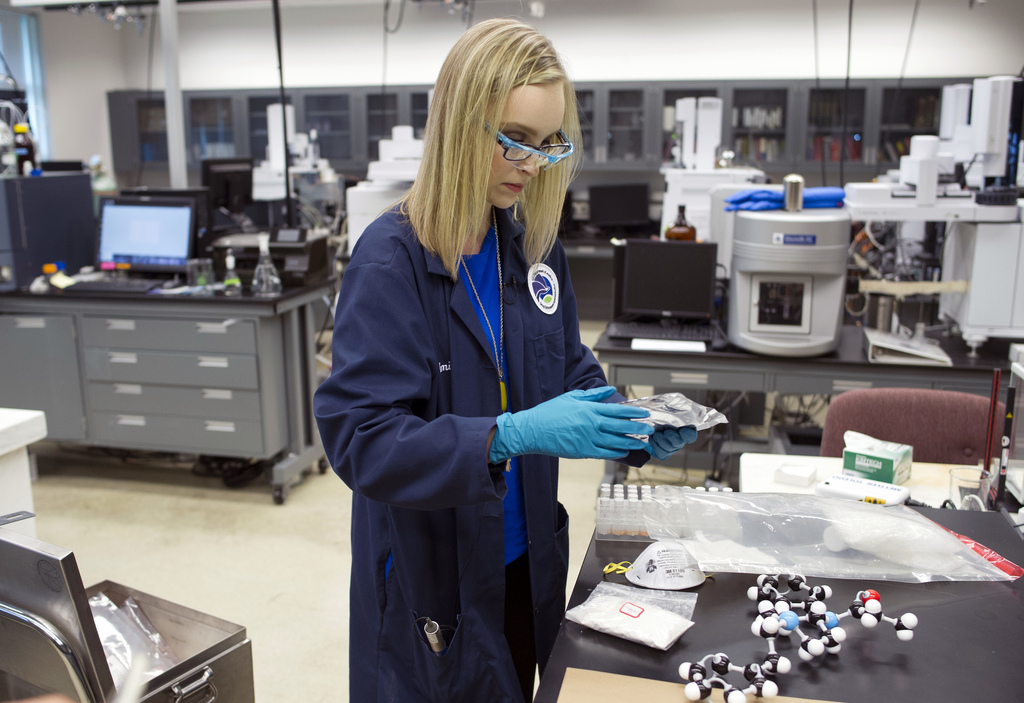 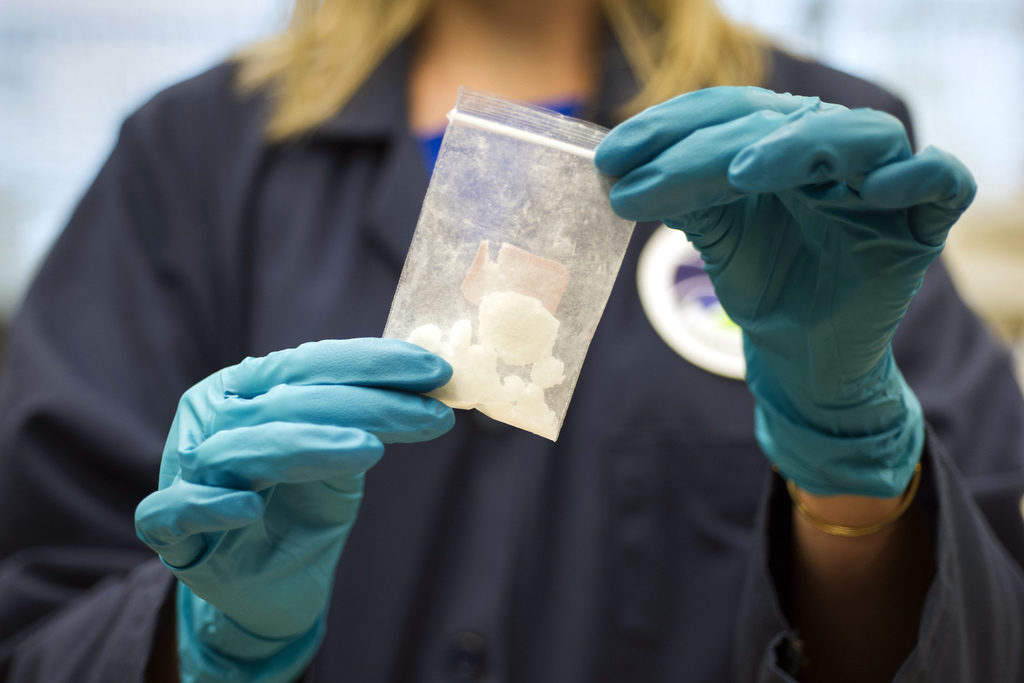 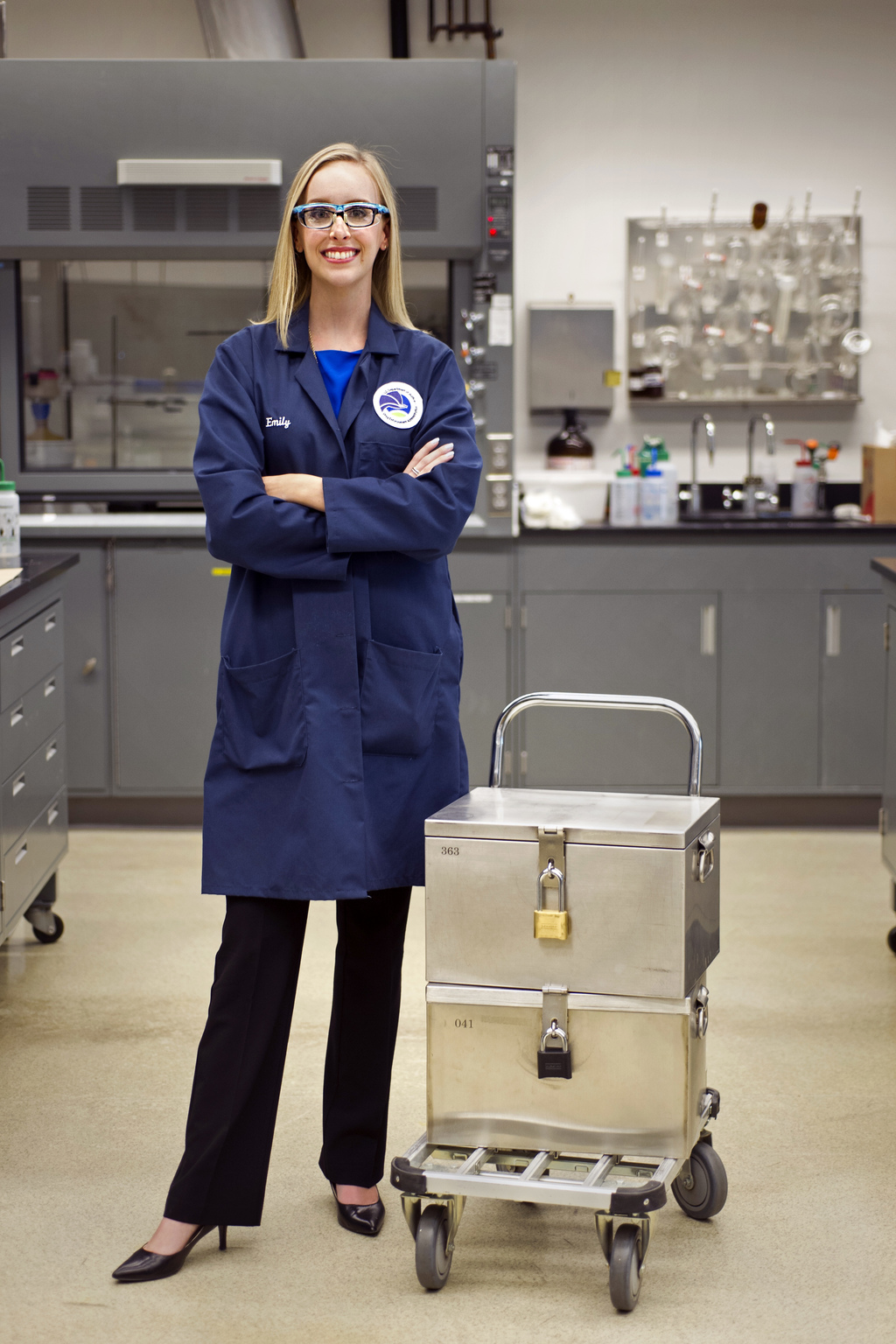 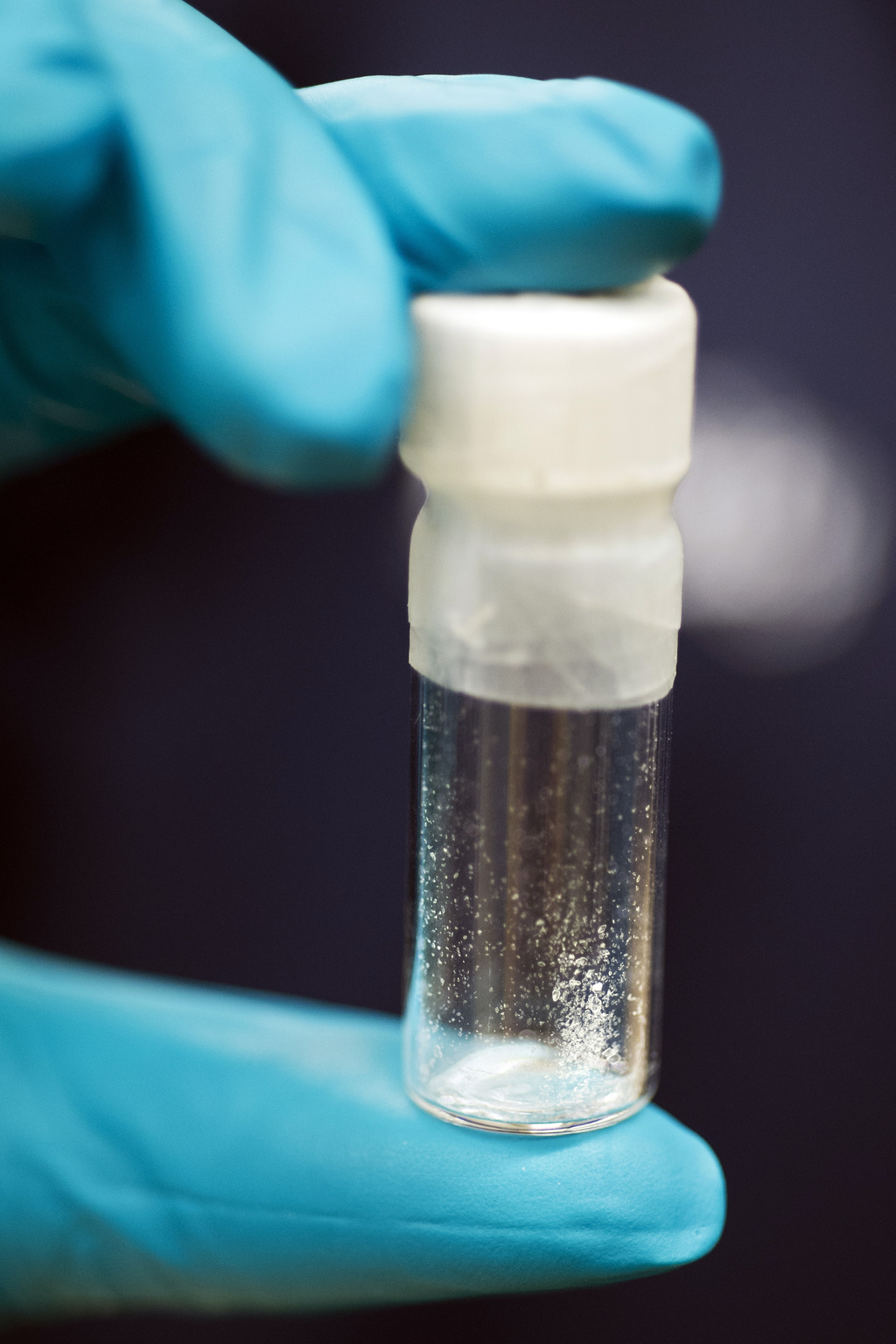 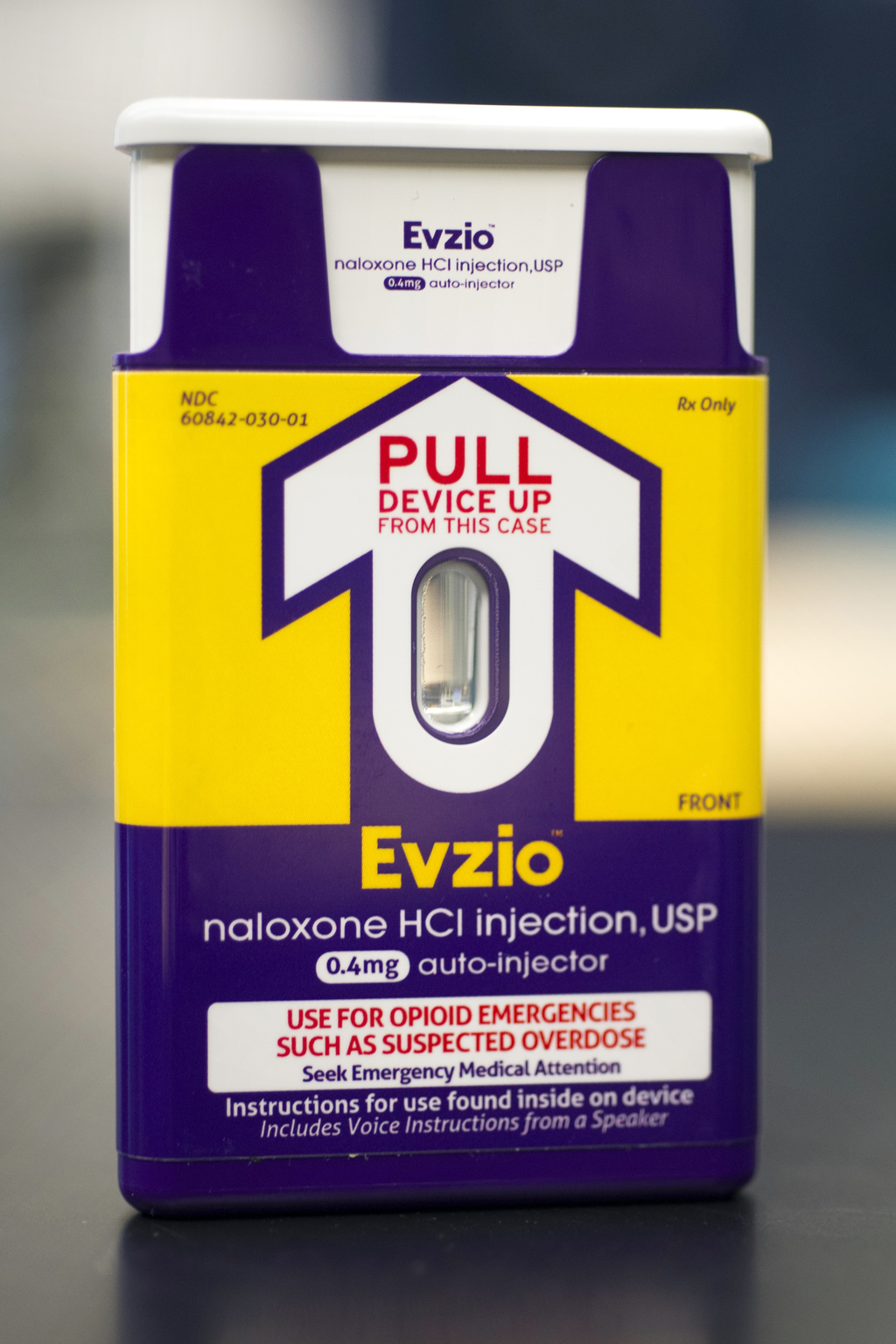 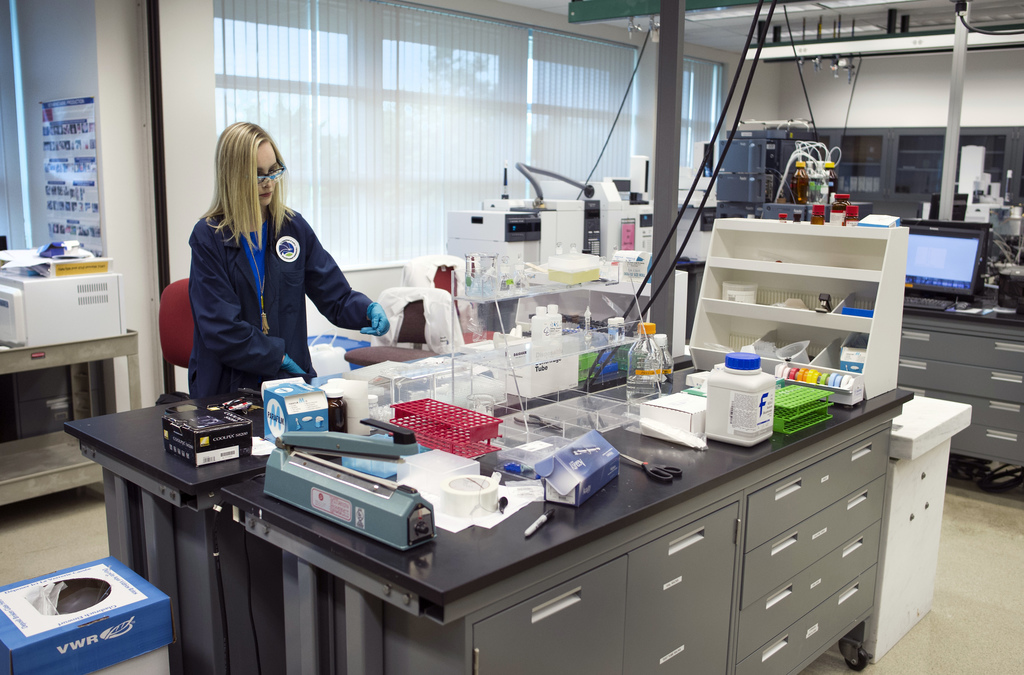 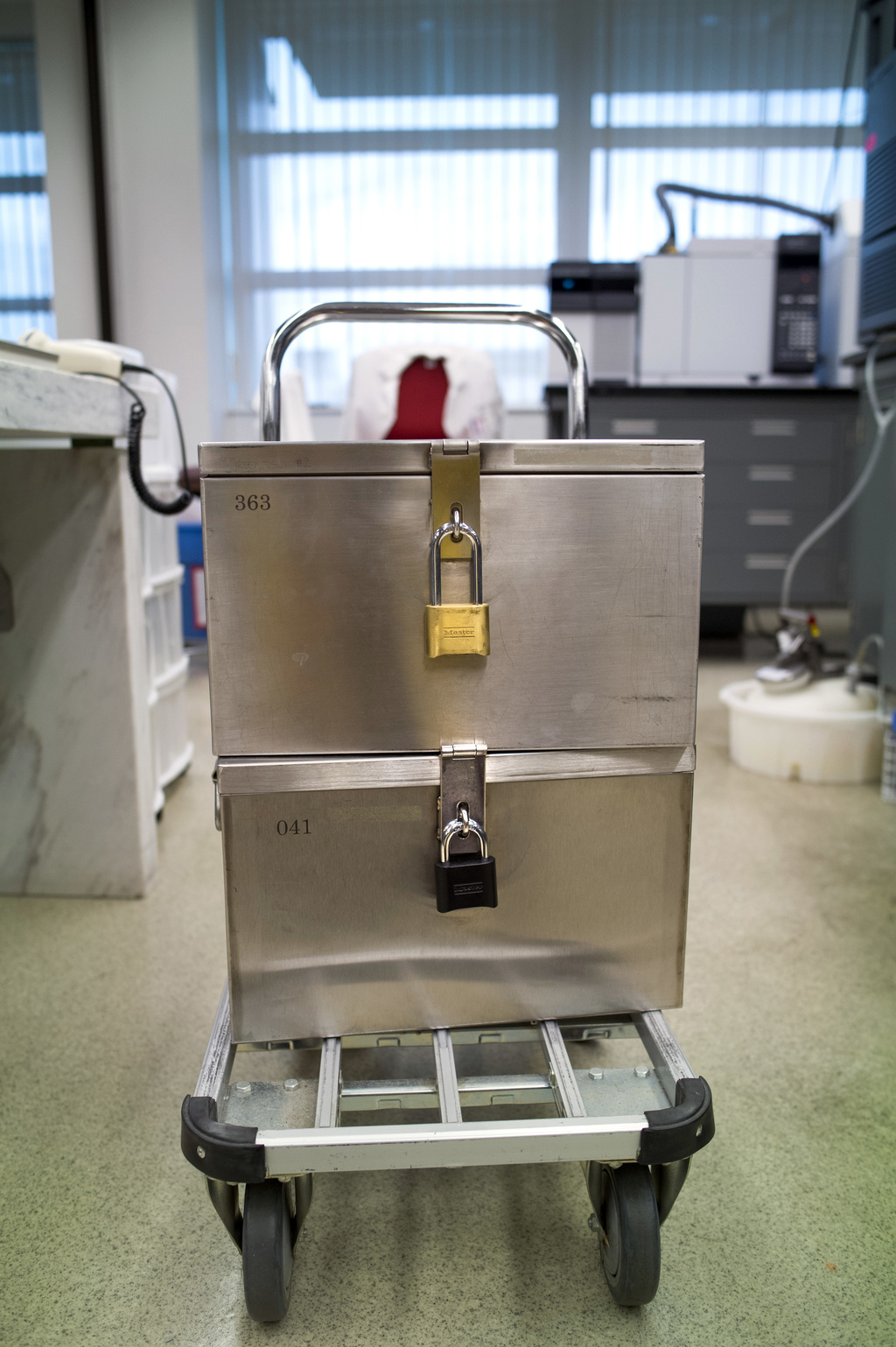 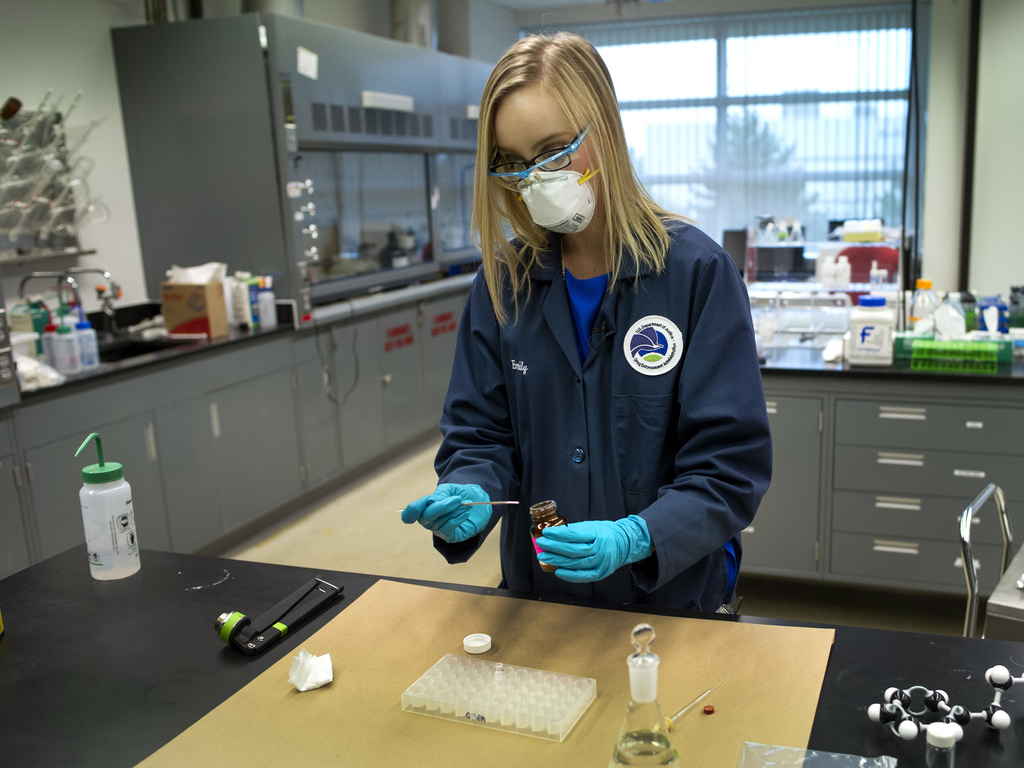 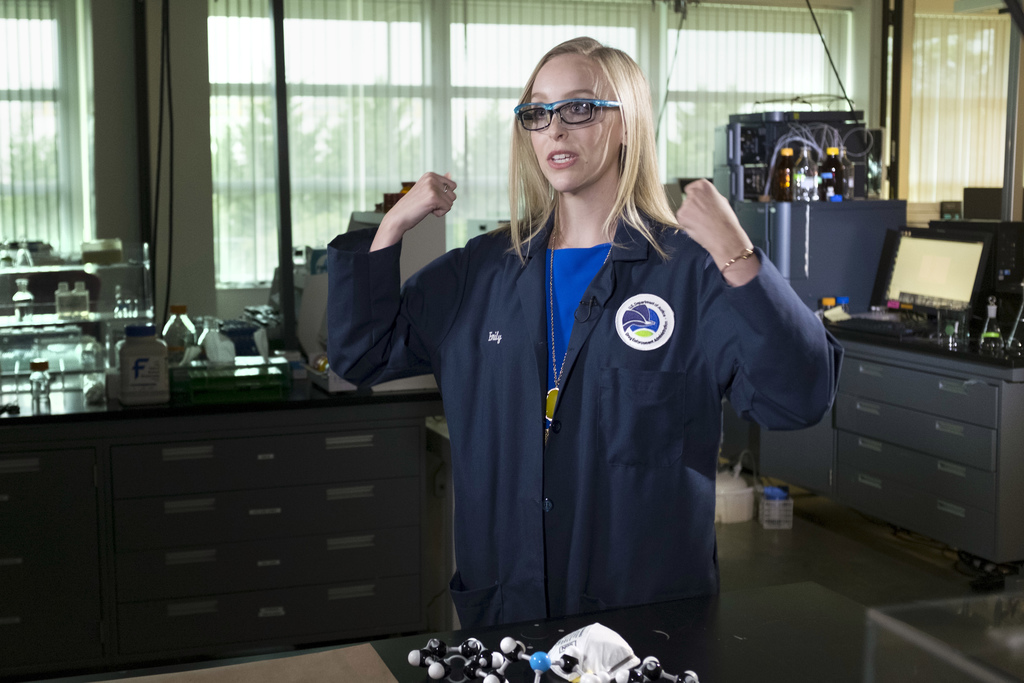 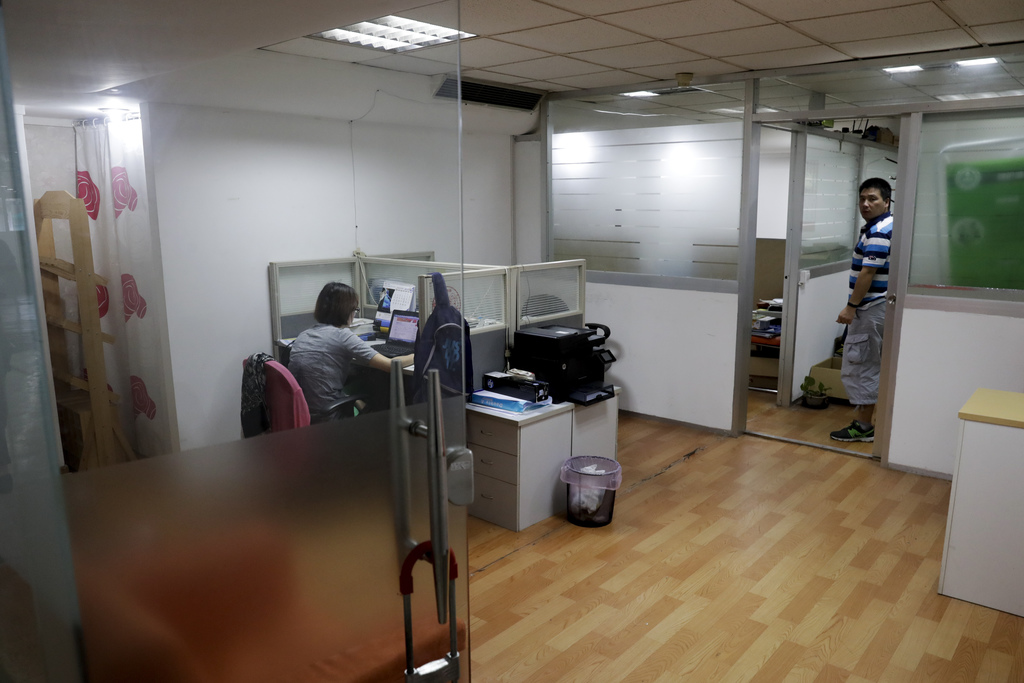 WASHINGTON (AP) — Emily Dye walked down an echoing white hallway, past a metal grate and into a dim room known as "the vault." She checked out a package of evidence wrapped in plastic wrap and placed it in a steel lockbox with her name on it.

New drugs were appearing every other week in the Drug Enforcement Administration's Special Testing and Research Laboratory, an unmarked gray building in northern Virginia. Dye, a 27-year-old DEA chemist, knew her sample could be one of them.

The proliferation of rapidly evolving synthetic opioids has become so fierce that the DEA says they now constitute an entire new class of drugs, which are fueling the deadliest addiction crisis the United States has ever seen.

The fentanyl-like drugs are pouring in primarily from China, U.S. officials say — an assertion Beijing maintains has not been substantiated . Laws cannot keep pace with the speed of scientific innovation. As soon as one substance is banned, chemists synthesize slightly different, and technically legal, molecules and sell that substance online, delivery to U.S. doorstops guaranteed .

Today, it is almost as easy to order an ever-shifting array of synthetic opioids online from China as it is to buy a pair of shoes.

"Right now we're seeing the emergence of a new class, that's fentanyl-type opioids," Dye's boss, Jill Head, said. "Based on the structure, there can be many, many more substitutions on that molecule that we have not yet seen."

Entrepreneurial chemists have been creating designer alternatives to cannabis, amphetamine, cocaine and Ecstasy for years. But the new synthetics are far more lethal ; in some cases, an amount smaller than a poppy seed can kill.

Dye has recommitted to every safety protocol she was ever taught. One, safety glasses. Two, lab coat, buttoned. Three, powder-free disposable nitrile gloves. Four, face mask. She placed an emergency naloxone injection kit — an antidote for opioid overdose — on her lab bench. Just in case.

Then she unwrapped the evidence and pulled out a palm-sized baggie.

She scooped up a dot of powder and gingerly placed it in a small vial. As she worked, she treated the material as if it were radioactive.

After transferring a few drops of methanol into the vial, she clamped it shut and dropped it into a mass spectrometer. The machine sucked the evidence through a copper-colored wire and bombarded it with electrons to break it into small pieces. "Kind of like when you drop a puzzle," Dye said.

The resulting pattern of peaks is akin to a chemical fingerprint. Dye compared the result with the lab's library of approximately 1,500 known drugs.

None matched. This was something new.

She and her colleagues ran the evidence through a nuclear magnetic resonance spectrometer to map the position of different atoms. Then they guessed. They bought a sample of the compound they thought they had from a legitimate research chemical company.

On July 26, Dye ran that reference standard through the mass spectrometer. The result matched the evidence exactly.

Long before Dye made her discovery, Chinese vendors were offering 4-fluoroisobutyrylfentanyl — 4-FIBF for short — for sale.

Shanghai Xianchong Chemical Co., a trading company with a spare office in central Shanghai, was one of them. Shanghai Xianchong started fielding requests for 4-FIBF around April, said manager Jammi Gao, a clean-cut man in a white polo shirt.

Gao said in an email he could sell 4-FIBF for $6,000 a kilogram, though later he denied ever brokering a deal. He refused to ship illegal drugs, but 4-FIBF is so new to the street it is not a controlled substance in either the U.S. or China.

Back in the lab, Dye peeled off her gloves. She didn't know users were warning each other not to overdose chasing a heroin high that never kicked in with 4-FIBF. She didn't know about the dosing schedules addicts had already worked out. And she didn't know that 4-FIBF gave some people satisfying, sleep-through-the-night results when inserted up their rectum.

Dye would go home, safe, to her dog. Maybe tomorrow she would find the next new thing in an evidence bag on her bench. But elsewhere, all across America, people would not make it through the night. By the time Dye finished work the next day, another 90 Americans would be dead of opioid overdoses.