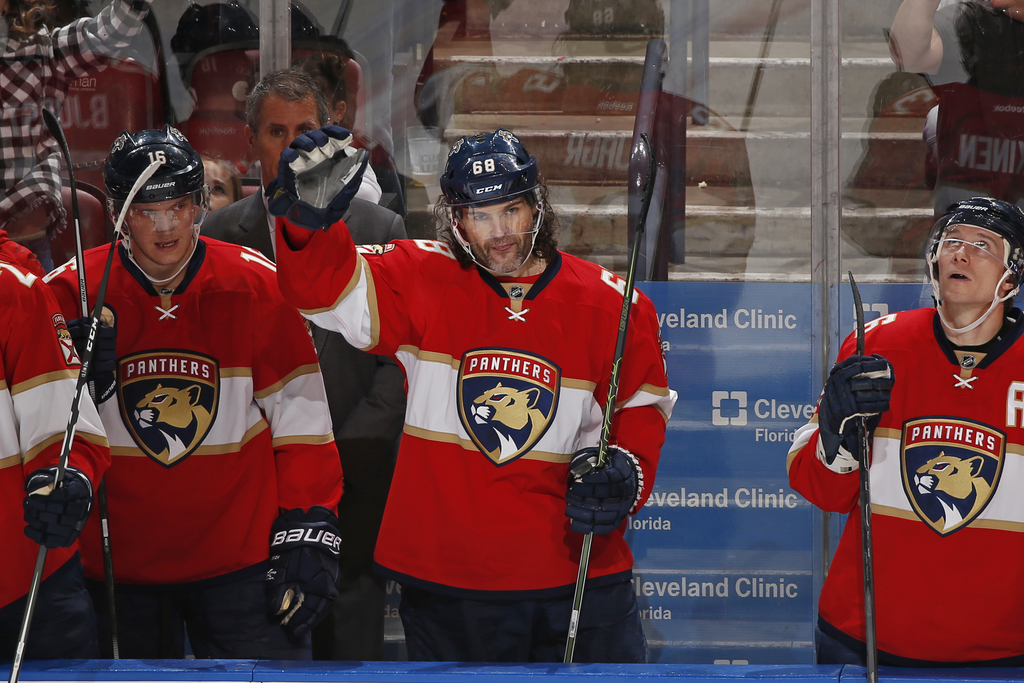 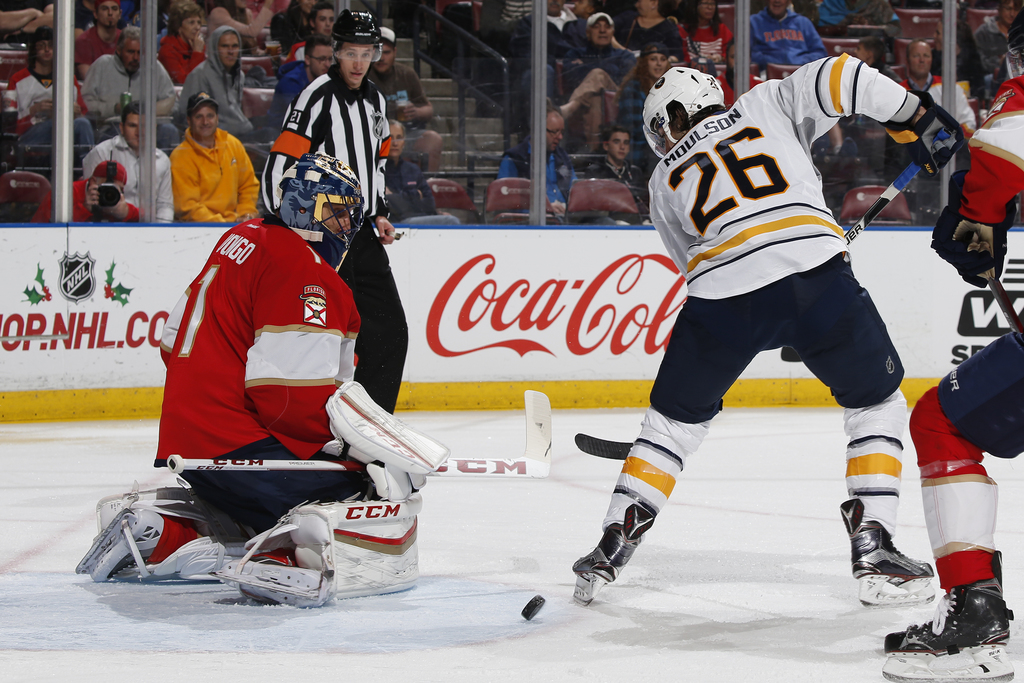 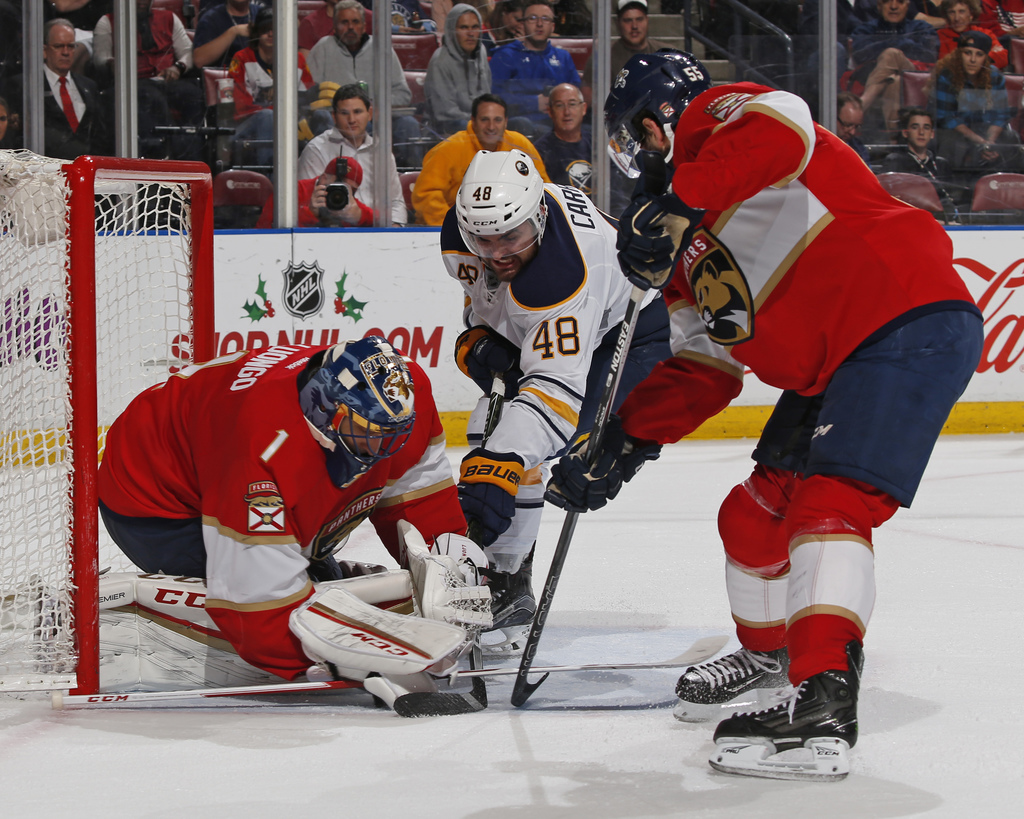 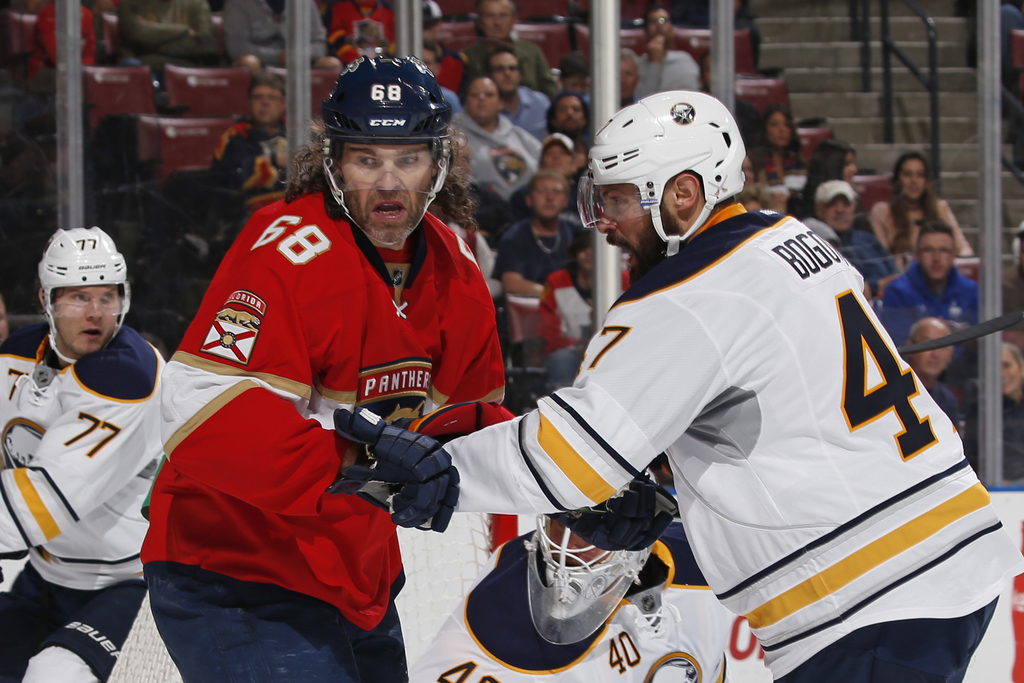 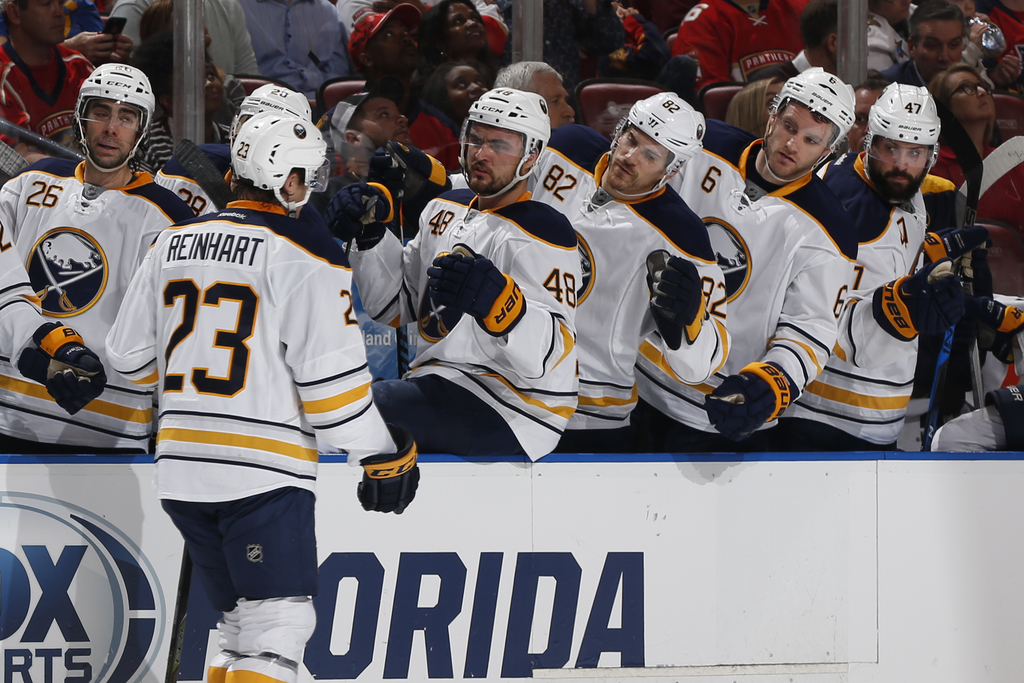 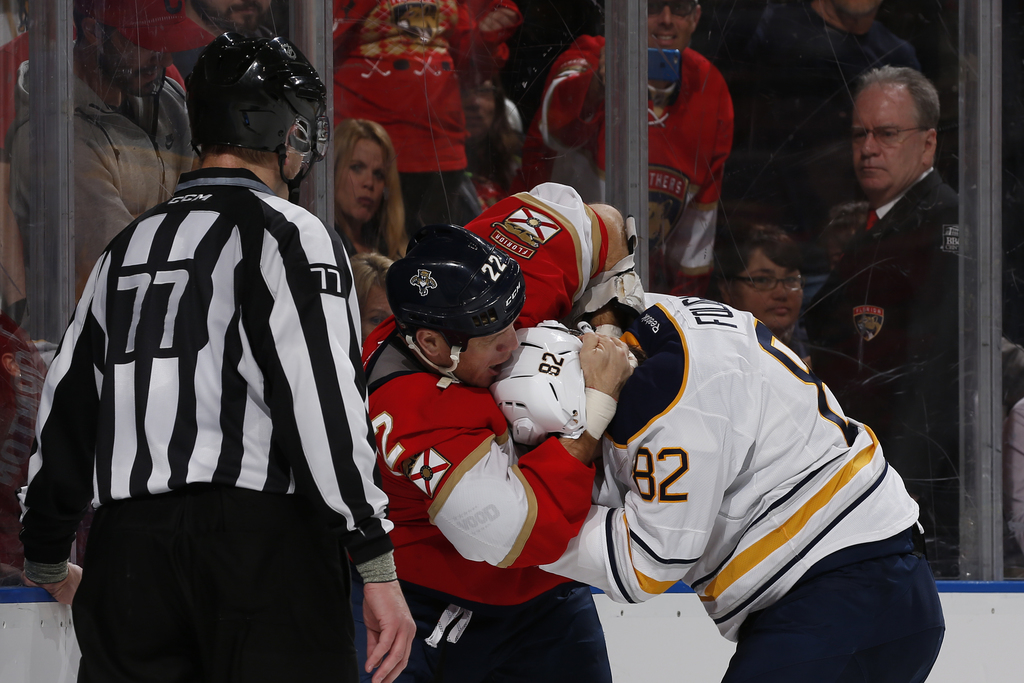 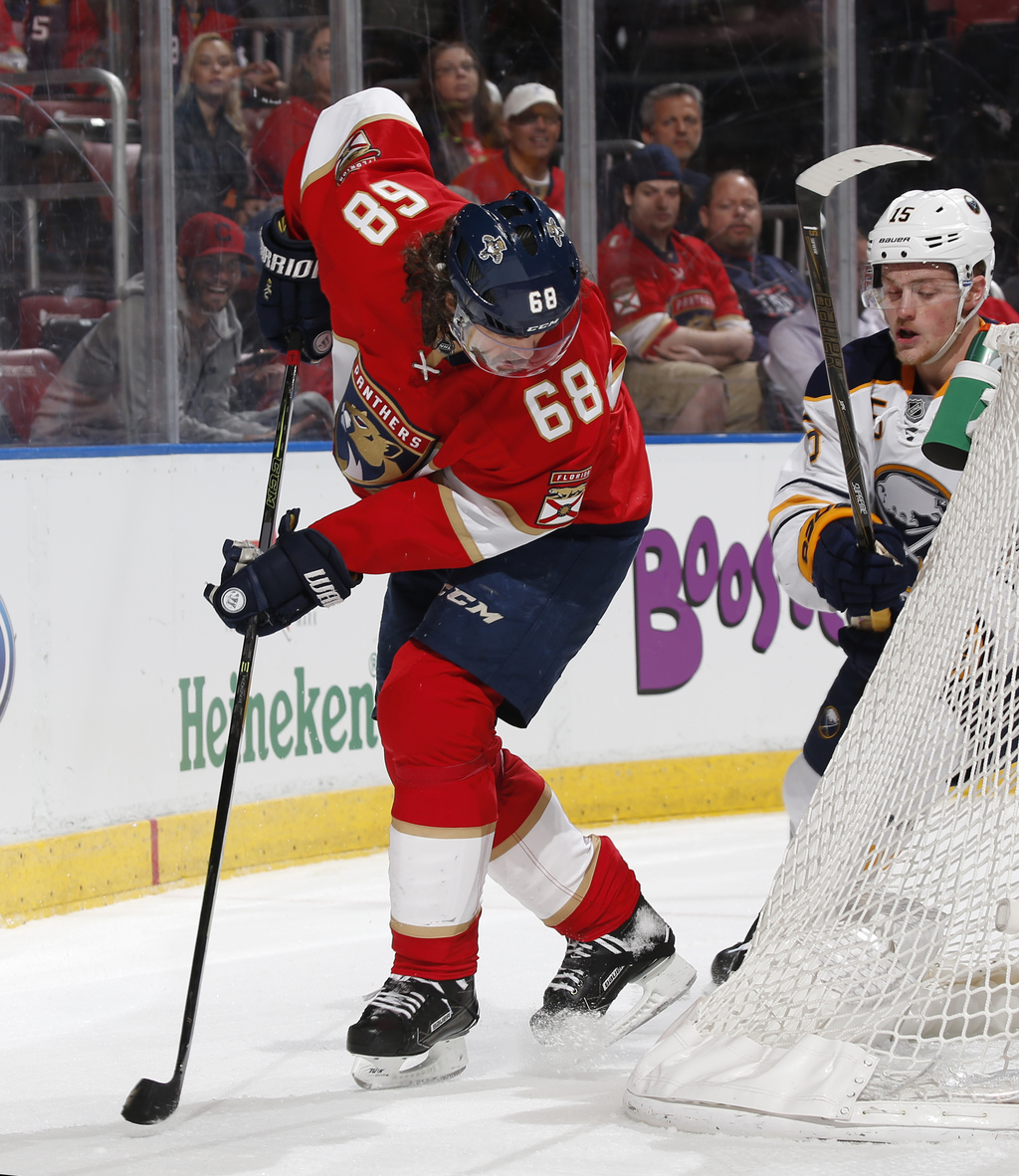 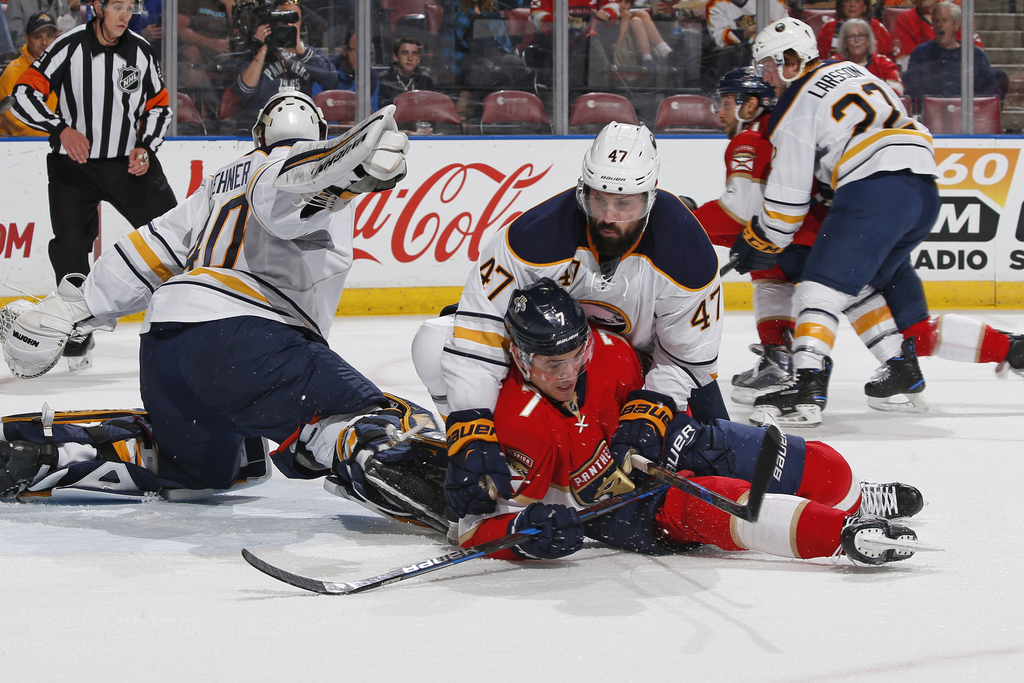 SUNRISE, Florida (AP) — Jaromir Jagr isn't even thinking about retiring after having three assists to pull into a tie for second place on the NHL's career points list as the Florida Panthers beat the Buffalo Sabres 4-3 after a shootout on Tuesday night.

Jagr pulled even with Mark Messier with 1,887 points, trailing only Wayne Gretzky (2,857). Jagr received a long ovation from the fans after tying Messier and acknowledged the crowd.

"When I retire, I'll look back at what I did, maybe I'm going to think about it a little more, but right now I just enjoy every moment I get a chance to play in this league and try to do everything I can to stay in this league," the 44-year-old Jagr said.

"I love it so much. I know when I said I want to play until 50 everybody was laughing at me, but I'll work every day to do it."

Roberto Luongo stopped 33 shots, including both attempts in the shootout, to pull into a tie with Terry Sawchuk for fifth all-time in the NHL with 447 wins.

Nick Bjugstad had his first goal of the season, Keith Yandle also scored and Aleksander Barkov had a goal and two assists for the Panthers.

The Panthers blew a 2-0 lead when the Sabres scored three consecutive goals.

"When you're playing a game and all of a sudden you're down 3-2, you don't really think about that kind of stuff," Jagr said.

The Panthers tied the game with 3:51 left in the third. Bjugstad, who missed 19 games with a broken hand, evened the score at 3-all when he swept in the puck from in front off a pass from Barkov, who got the puck from Jagr.

"We didn't quit, we battled back, we tied it in the last five minutes and won it in a shootout," Jagr said.

Jagr had his last three-point game on Nov. 19 against Ottawa.

Rasmus Ristolainen and San Reinhart each had a goal and an assist for the Sabres. Evander Kane also scored and Robin Lehner made 36 saves.