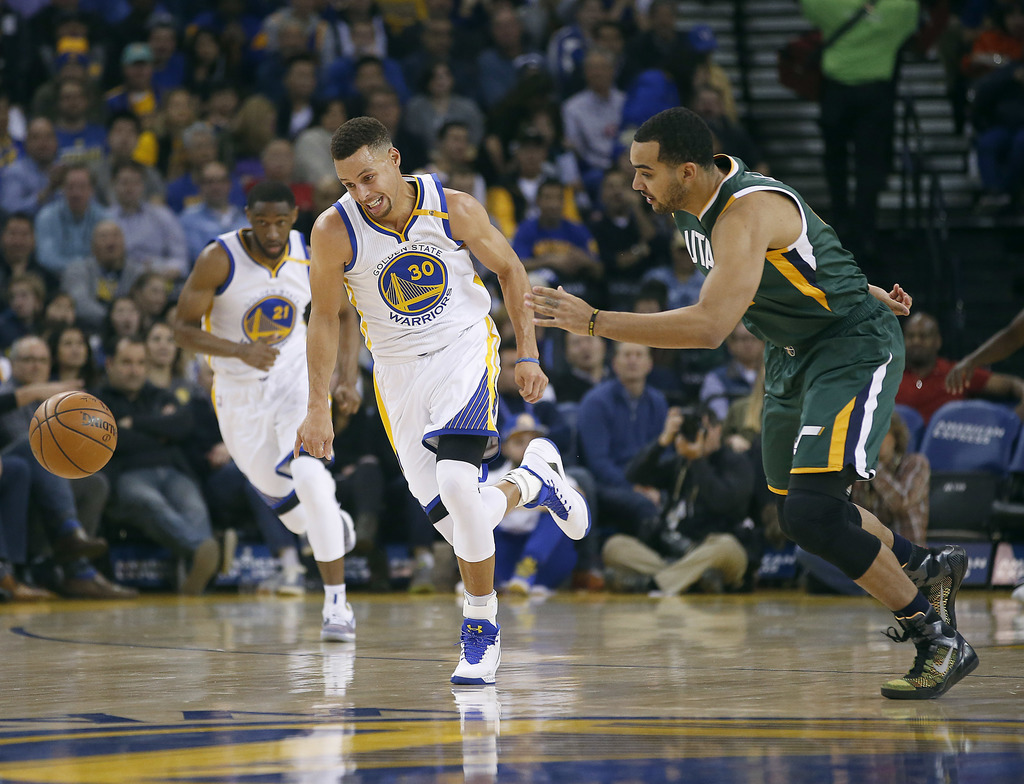 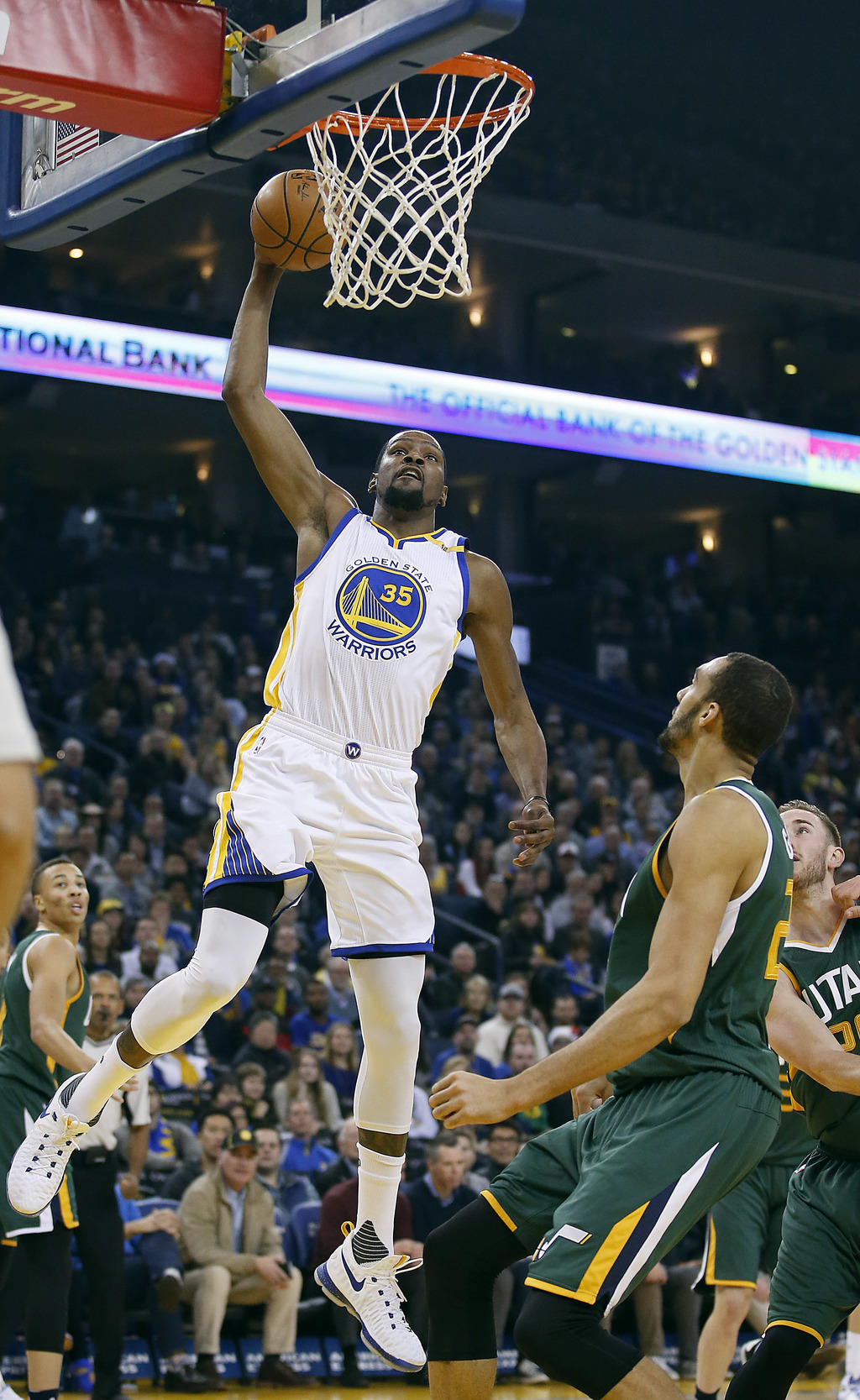 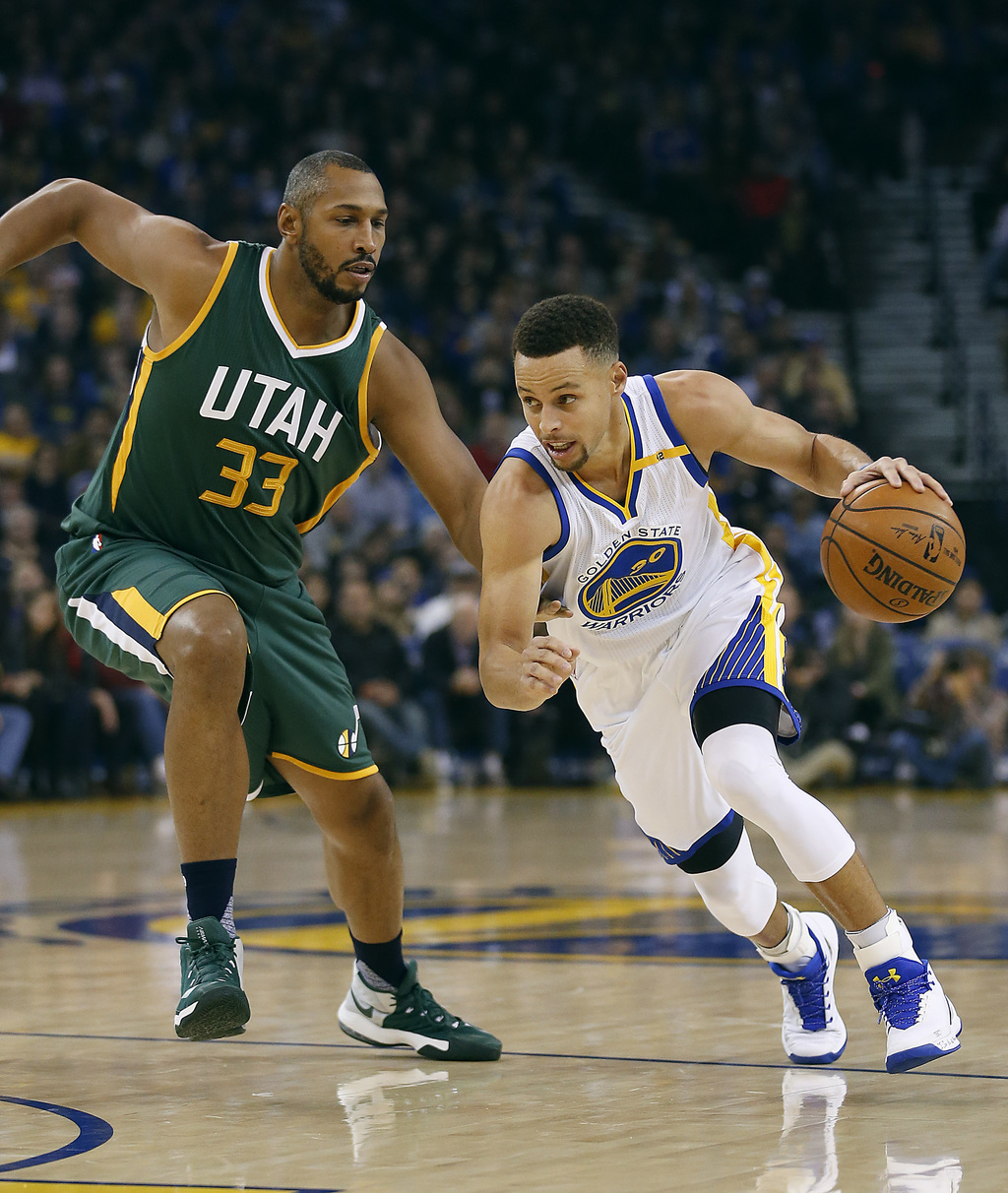 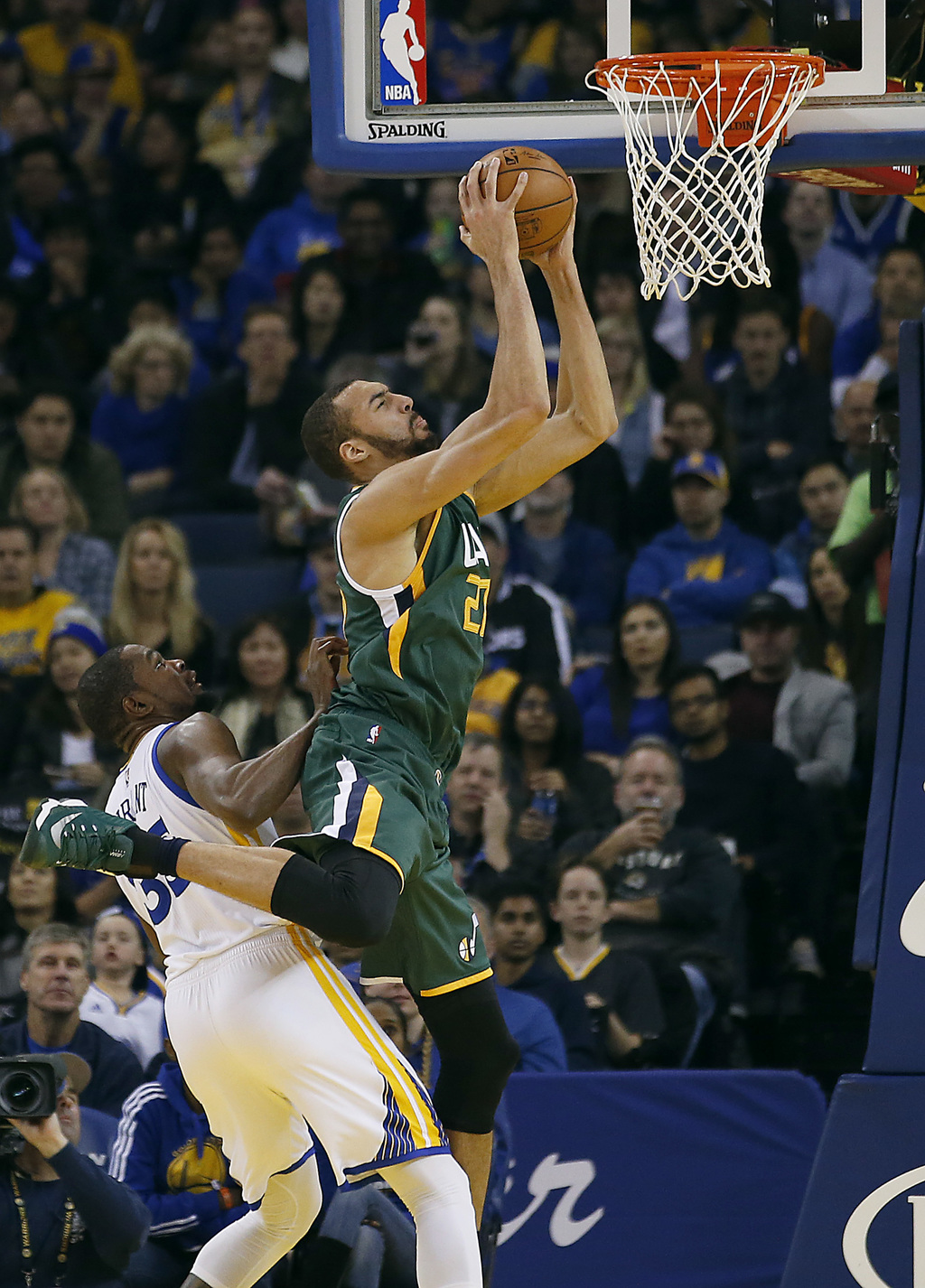 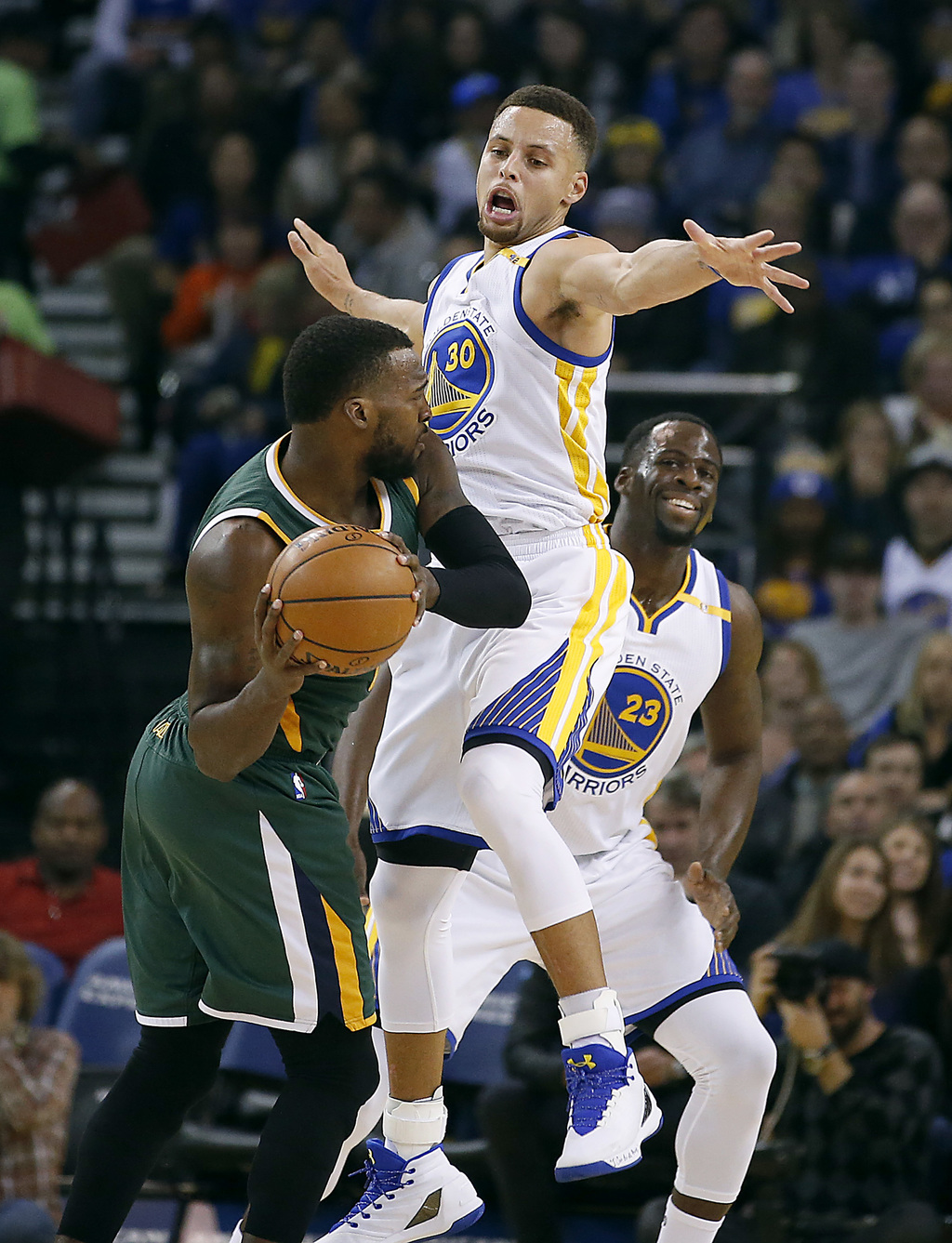 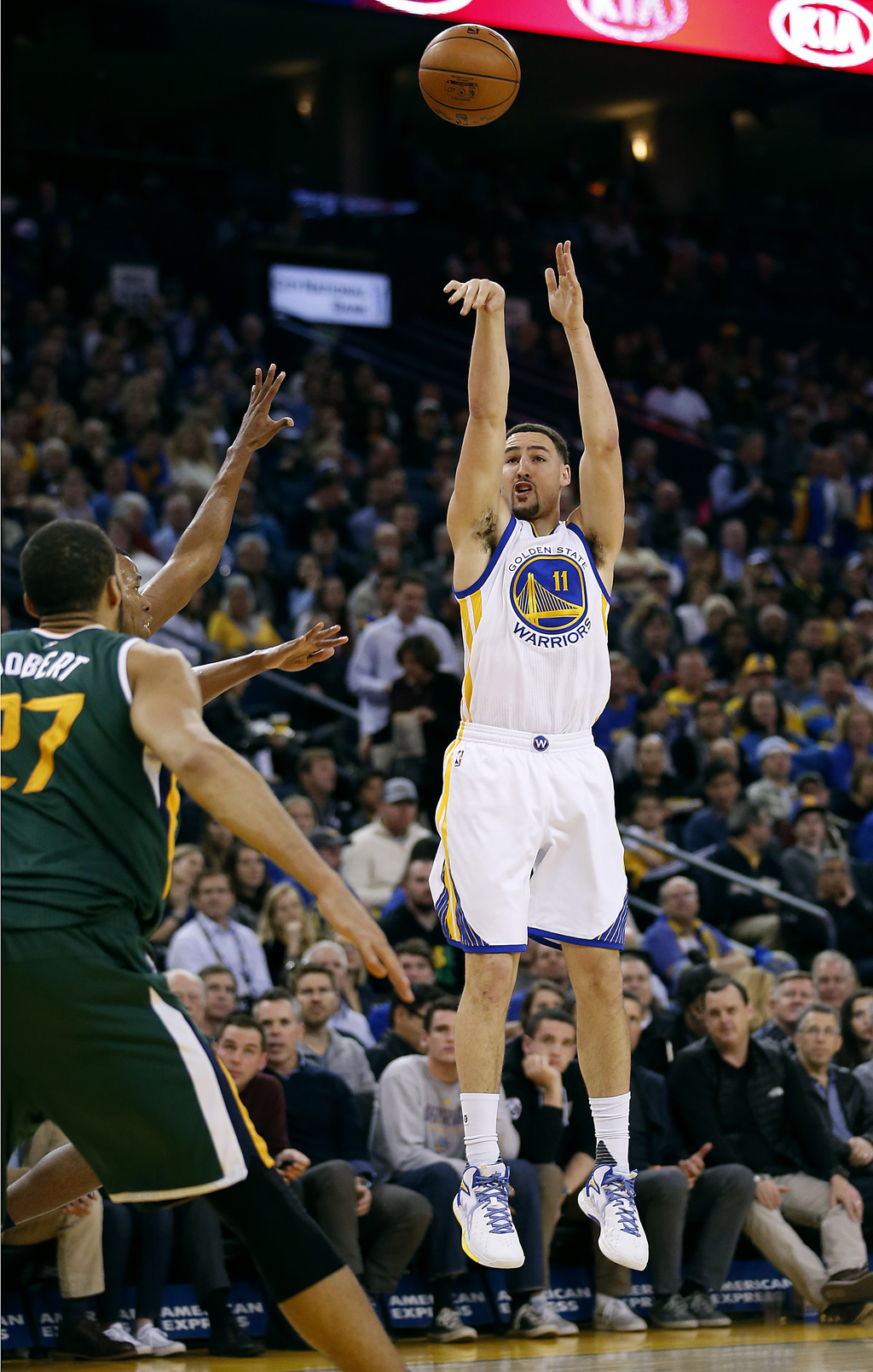 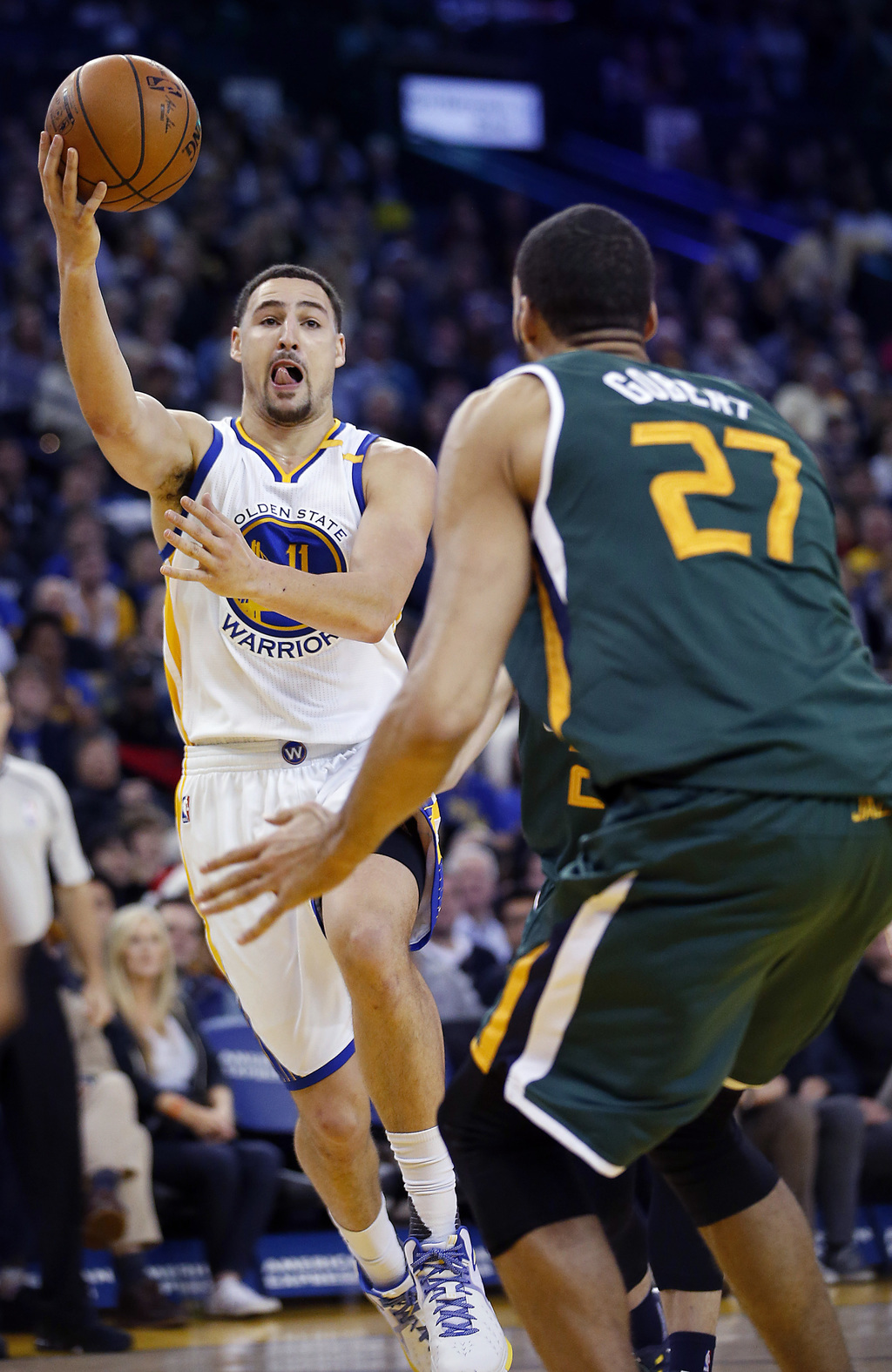 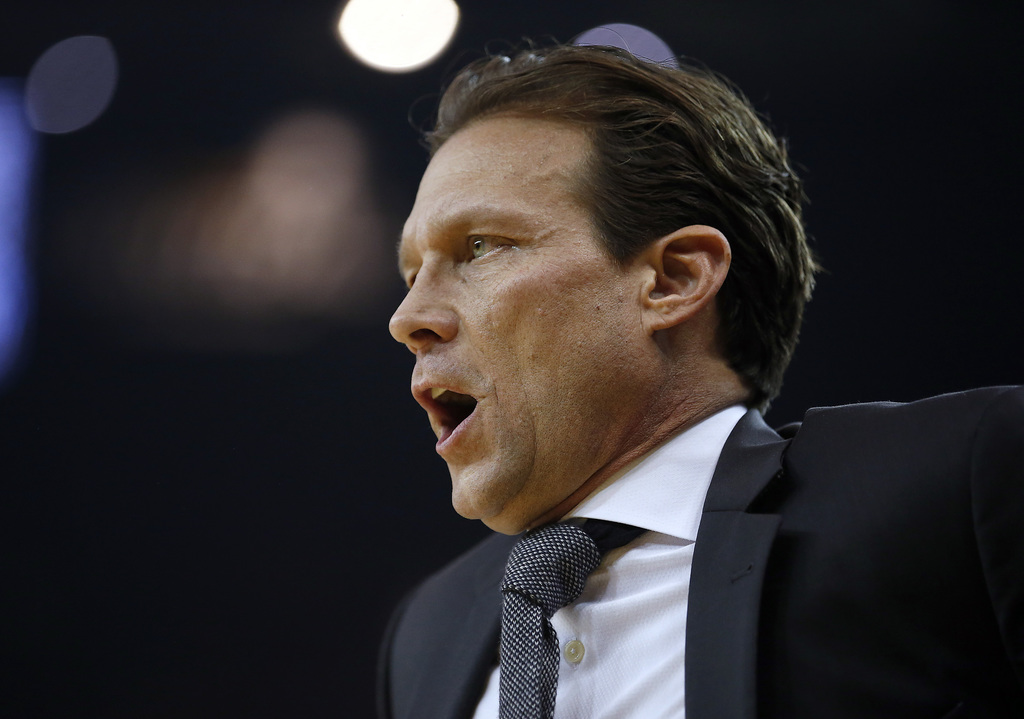 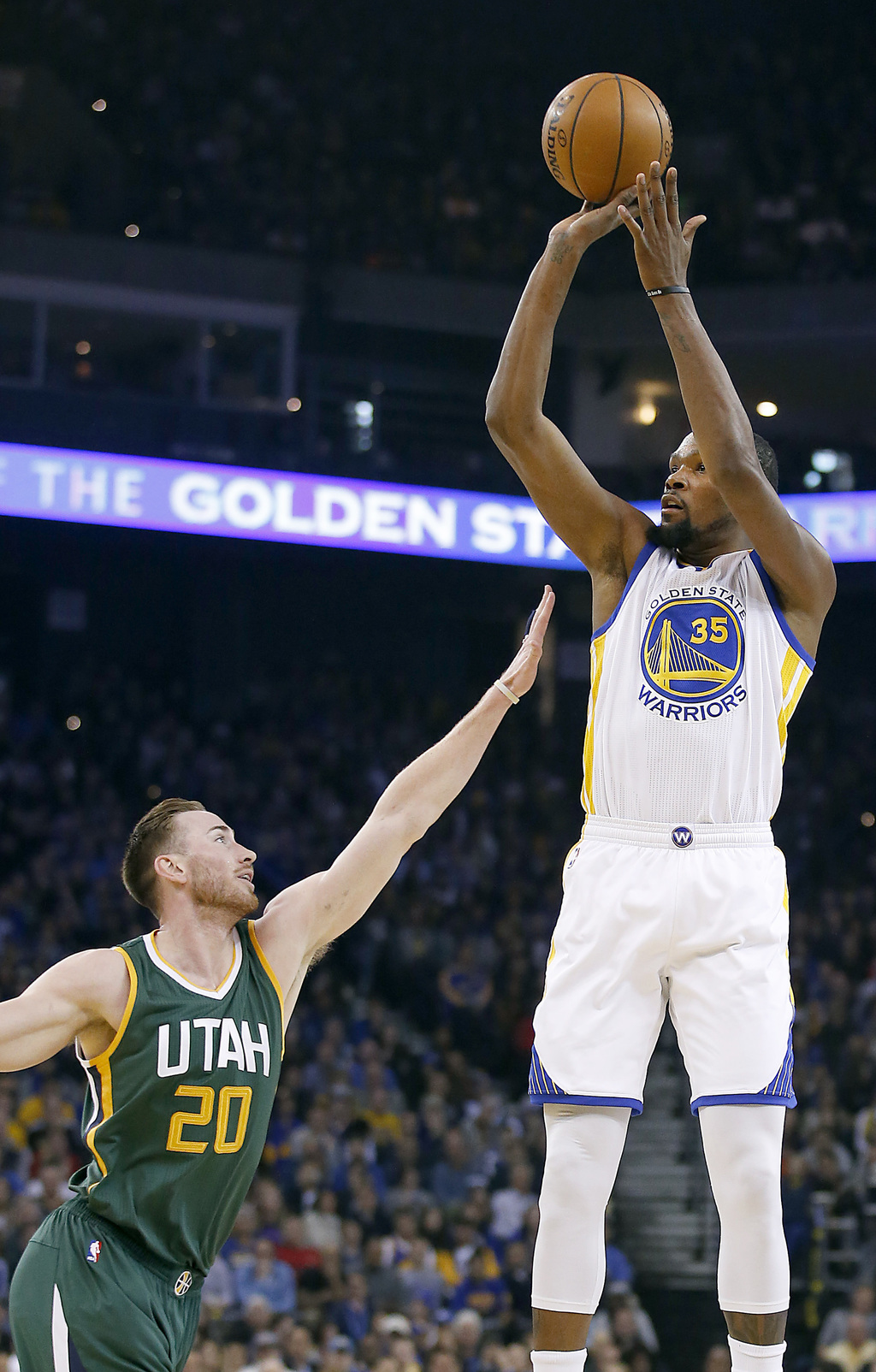 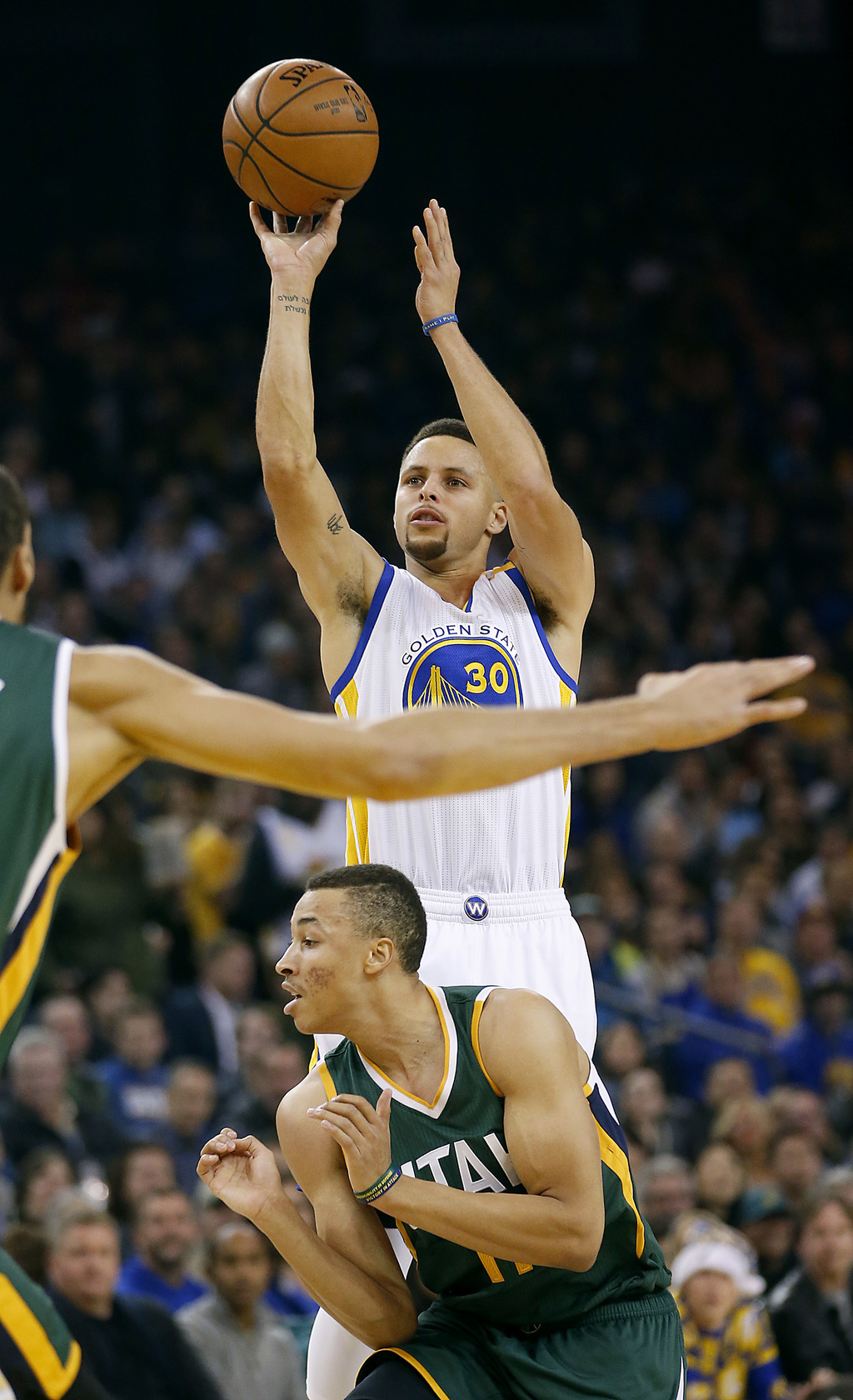 OAKLAND, California (AP) — Stephen Curry scored as many points as Utah's starting five combined. Yet it sure didn't look pretty early for the star-studded Warriors, who eventually found their groove in another lopsided result.

Curry scored 25 points with four 3-pointers while Kevin Durant had 22 points as the Warriors whipped the Utah Jazz 104-74 on Tuesday night thanks to their defense following a slow start.

Klay Thompson added 17 points and Draymond Green had 15 points, 11 rebounds and five steals as Golden State handed the Jazz their worst defeat of the season.

Joe Johnson scored 14 points for Utah in its seventh straight defeat to the Warriors. The Jazz have also lost seven in a row and 10 of 12 at Oracle Arena.

The teams combined to begin 2 for 25, but the Warriors got going in the second quarter and the rout was on. They shot 61.9 percent in the period to lead 55-33 at halftime and Utah had the lowest total in any half by a Golden State opponent this season.

"It was cool to go through and cool to see how we guarded through the night," Durant said.

JaVale McGee contributed eight points and seven rebounds off the bench for the Warriors.

Utah shot 35.5 percent — 9 of 30 from 3-point range — and had a four-game winning streak snapped with just its second loss in the last nine games and third in 14.

"We looked like we were just scared, and we shouldn't be," Utah's Rudy Gobert said.

The Warriors warmed up and the backups got more extended playing time down the stretch. Golden State beat the undermanned Jazz 106-99 on Dec. 8 when Utah was without starters Gordon Hayward and Rodney Hood because of injuries.

This time, the teams combined to start 0 for 8, each missing its first four shots and seven of eight. The Warriors were 1 for 12 at one point and the Jazz 1 of 13.

"This is an ugly game, it's nasty," Green recalled thinking early on.

Then, Golden State got defensive.

"If we keep a team under 80, I like our chances of winning most every night," Curry said.