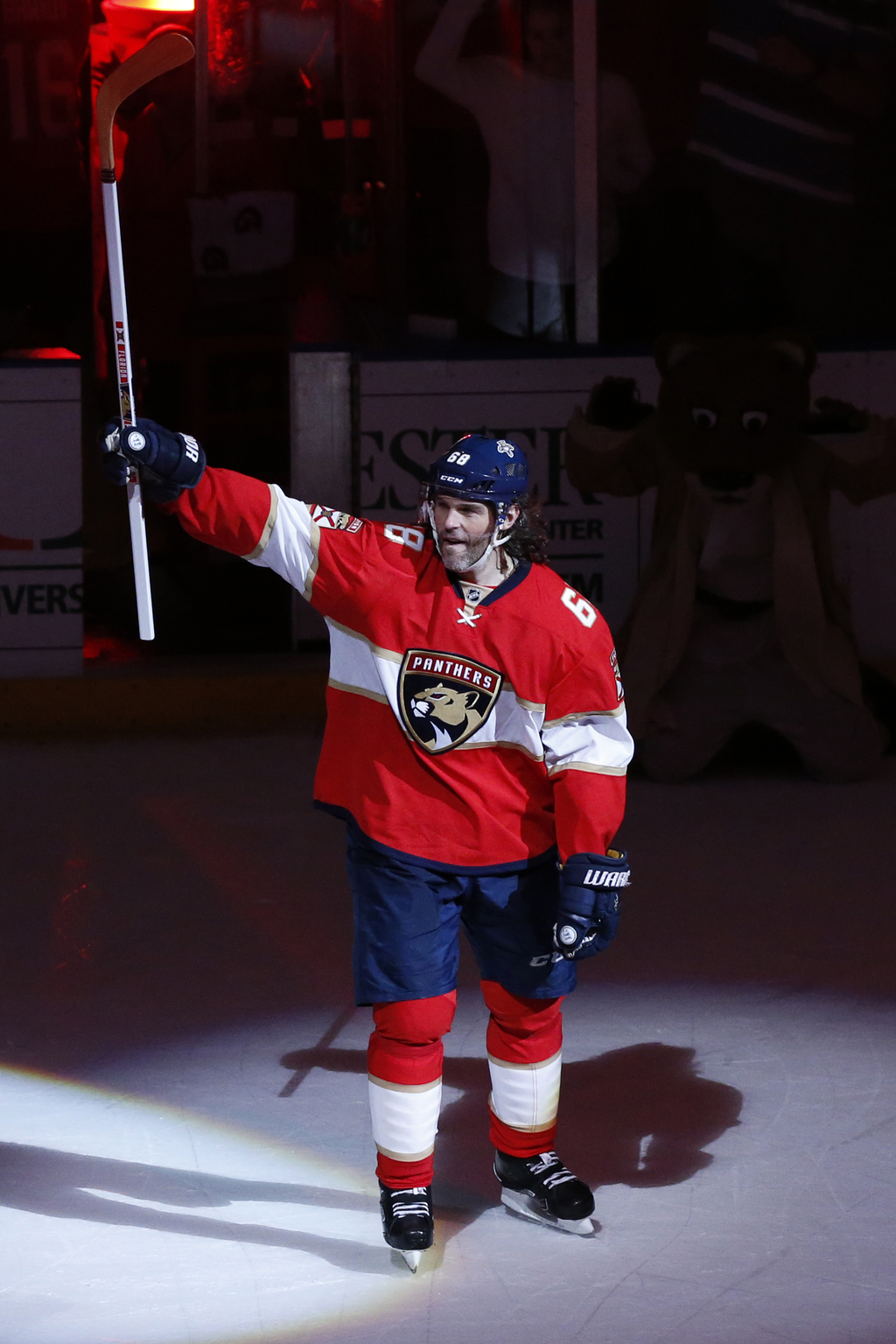 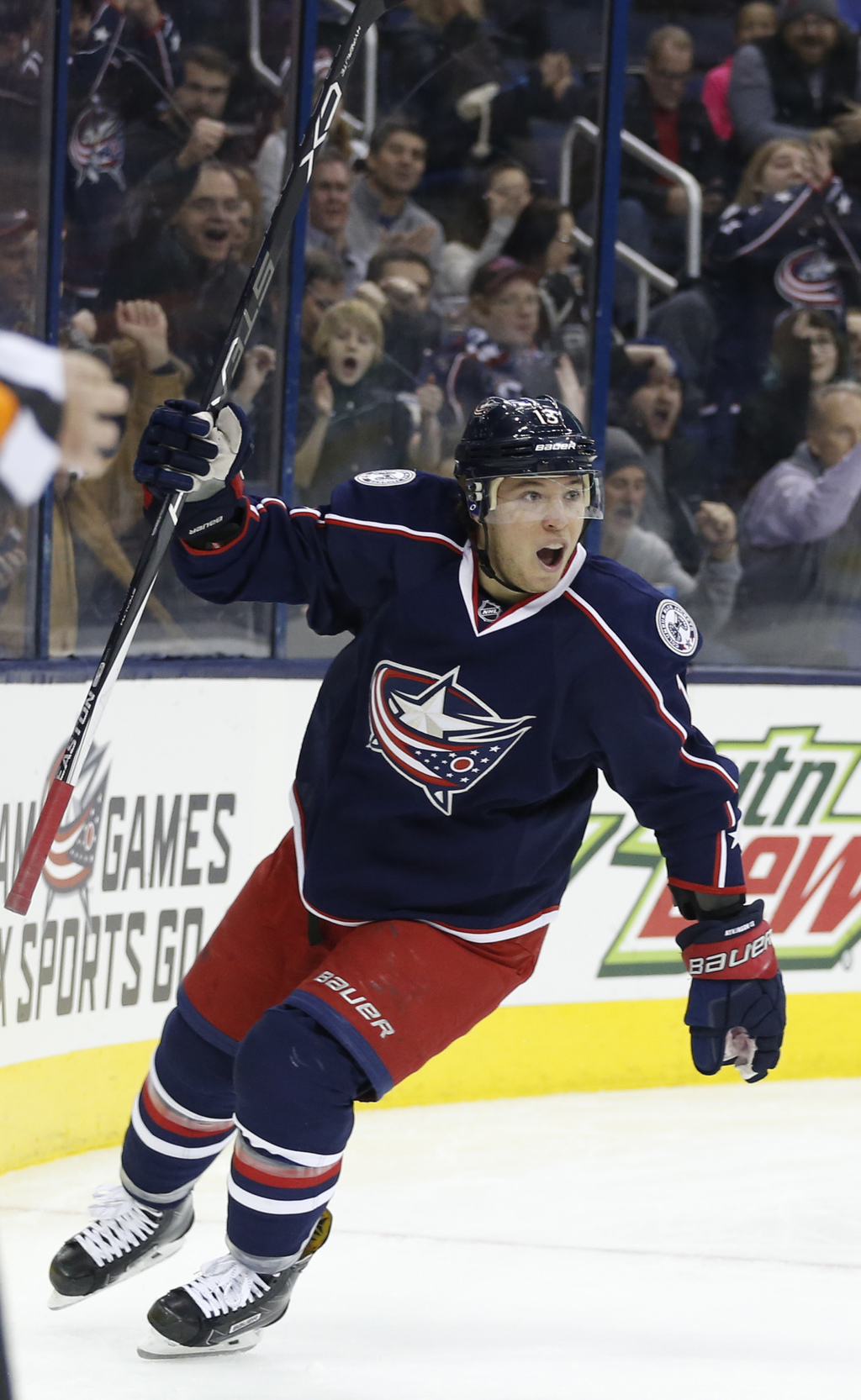 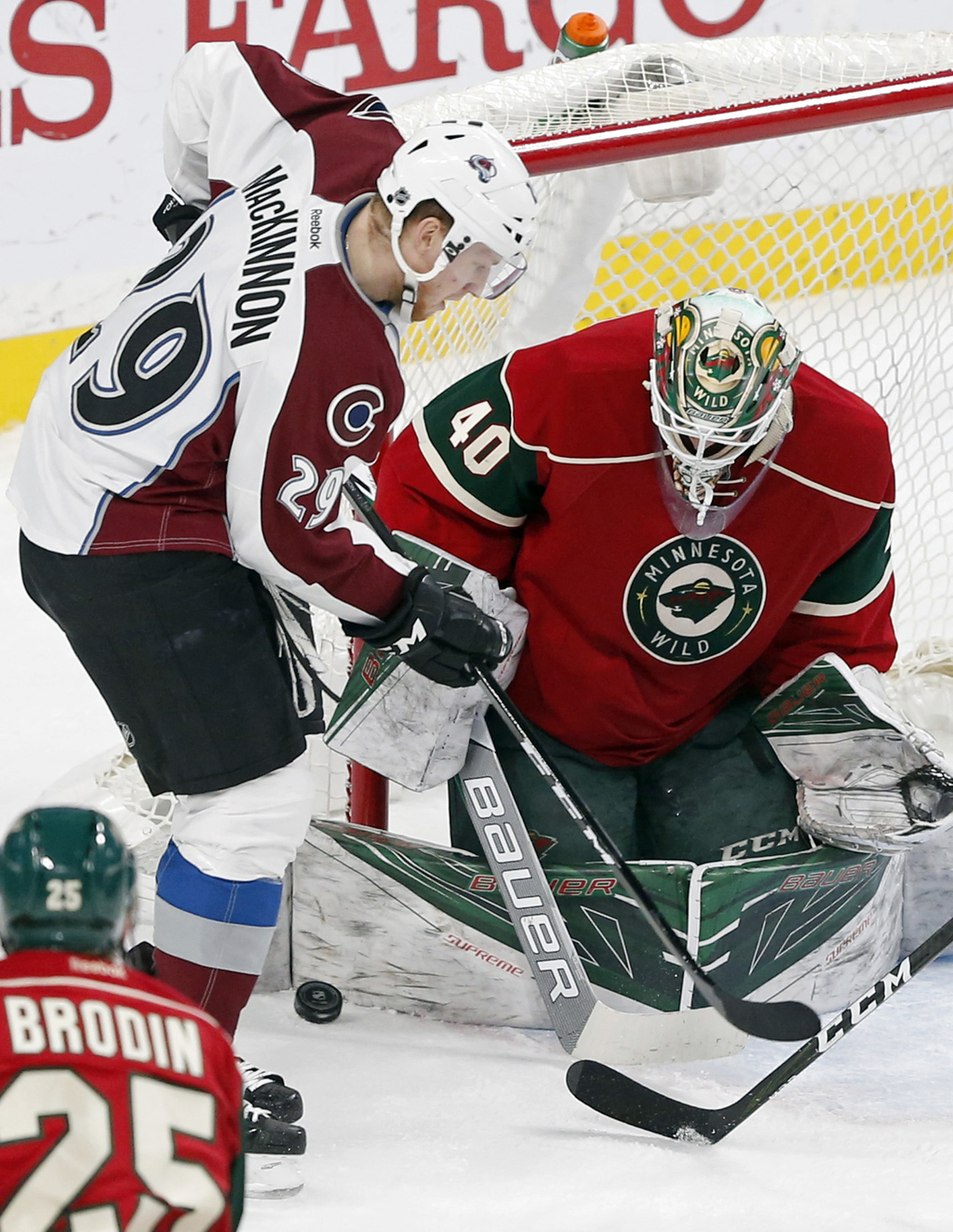 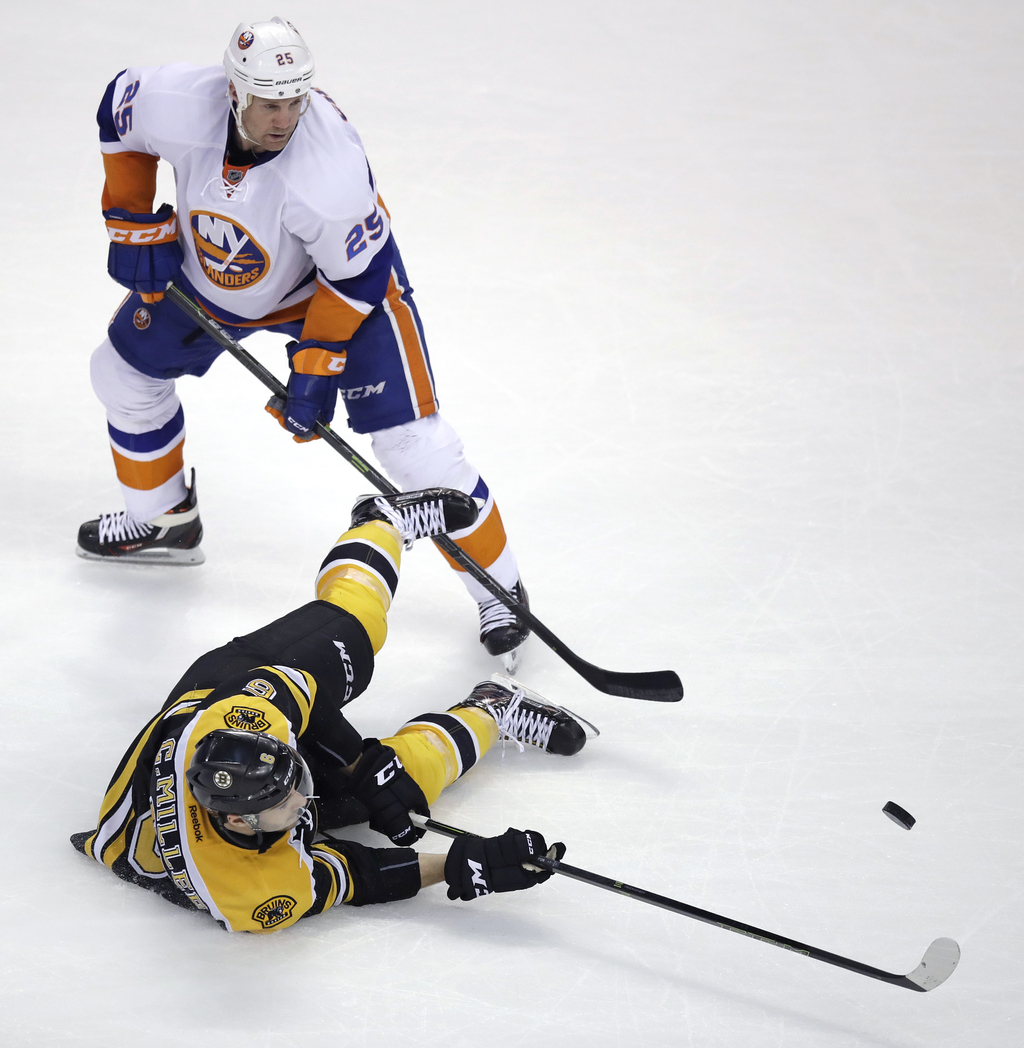 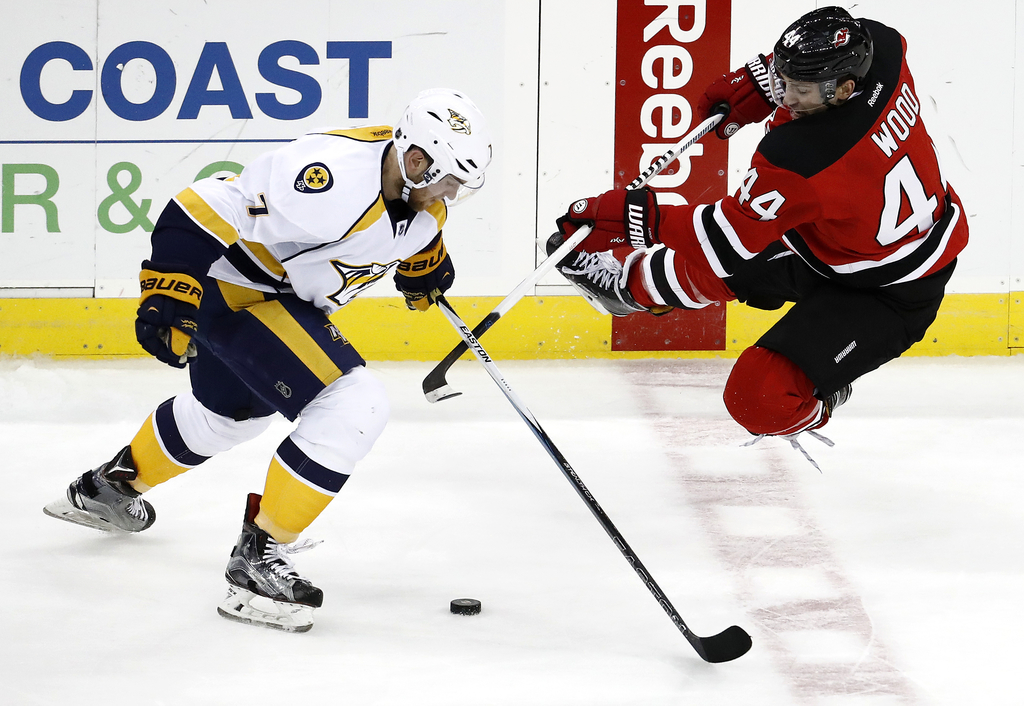 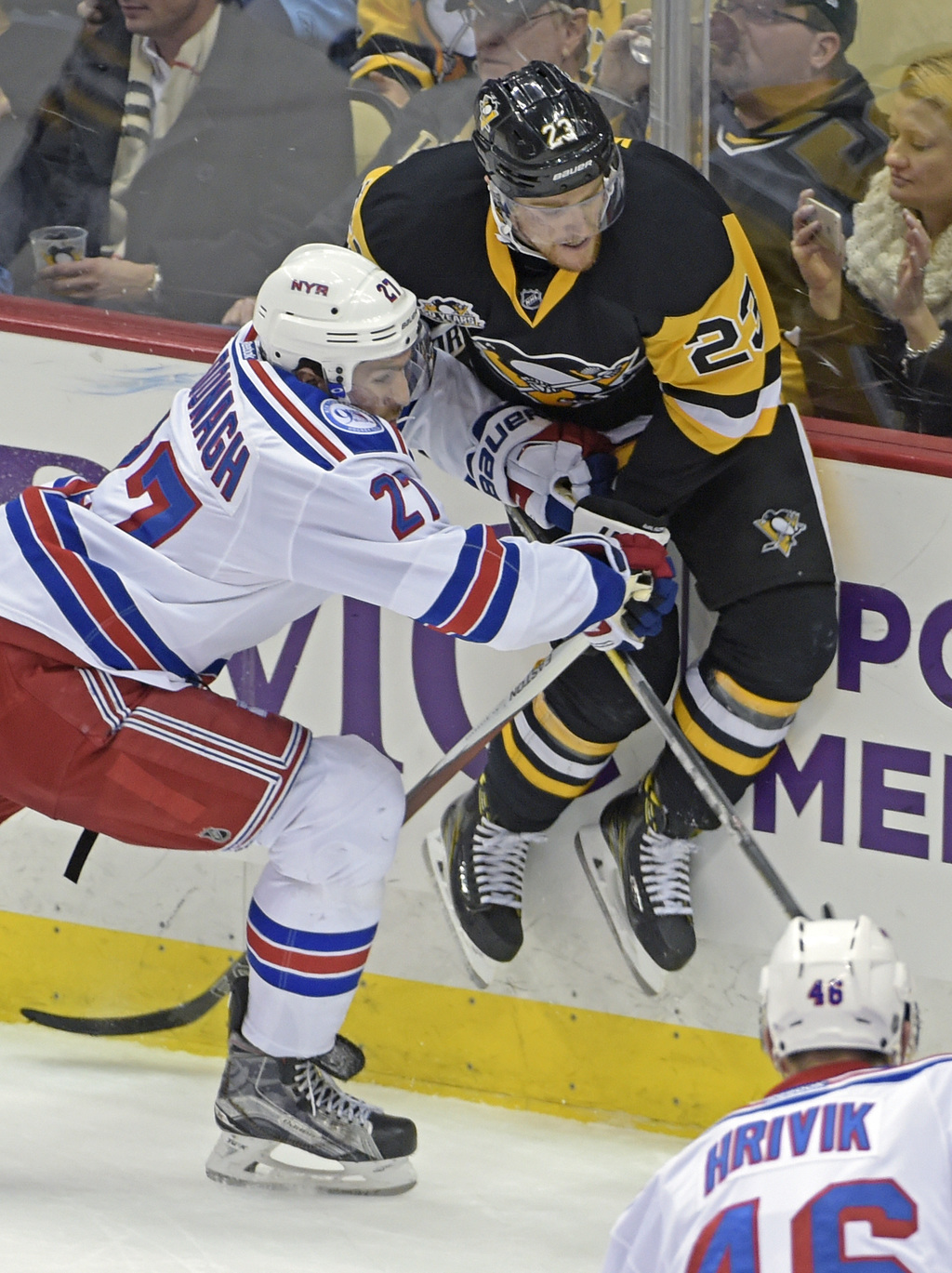 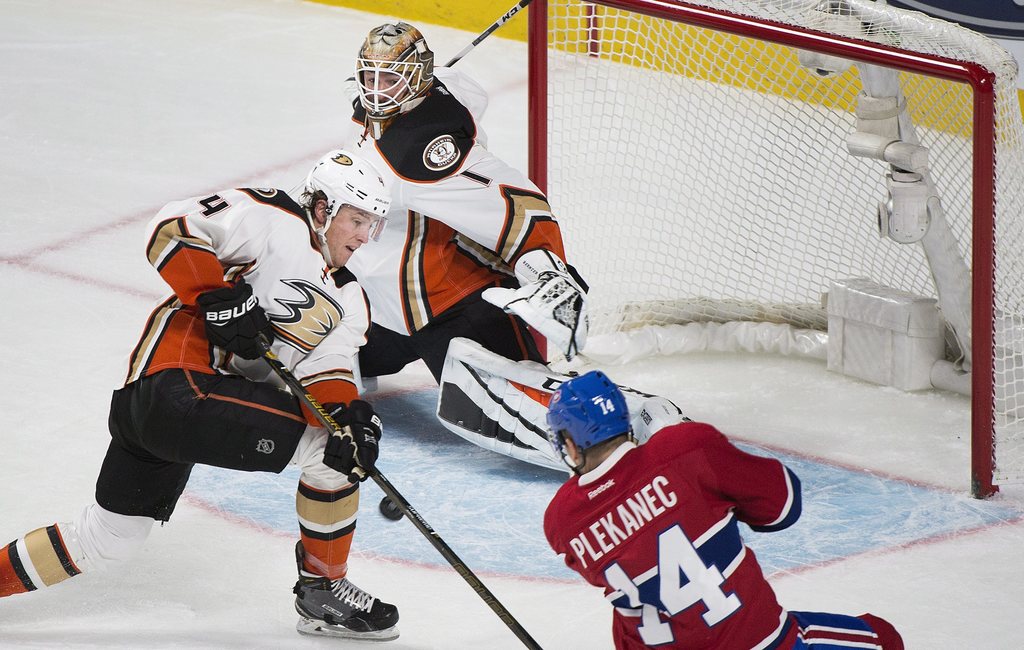 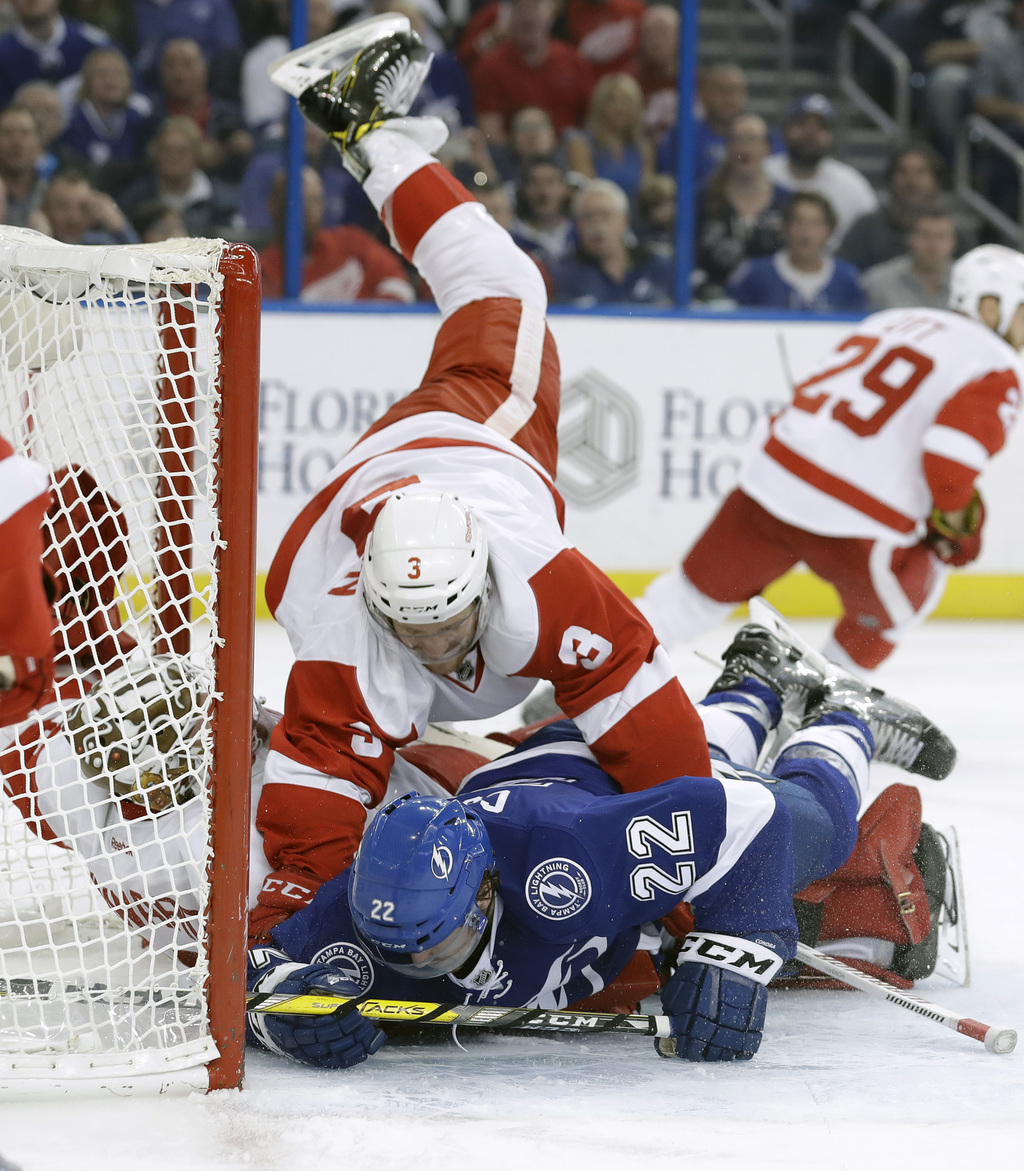 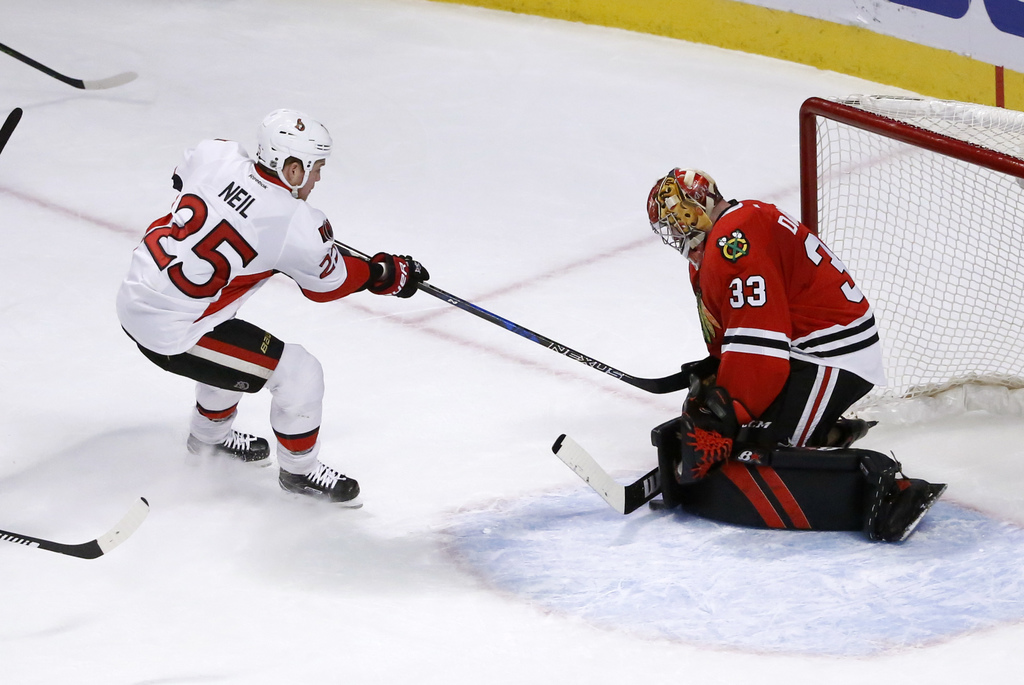 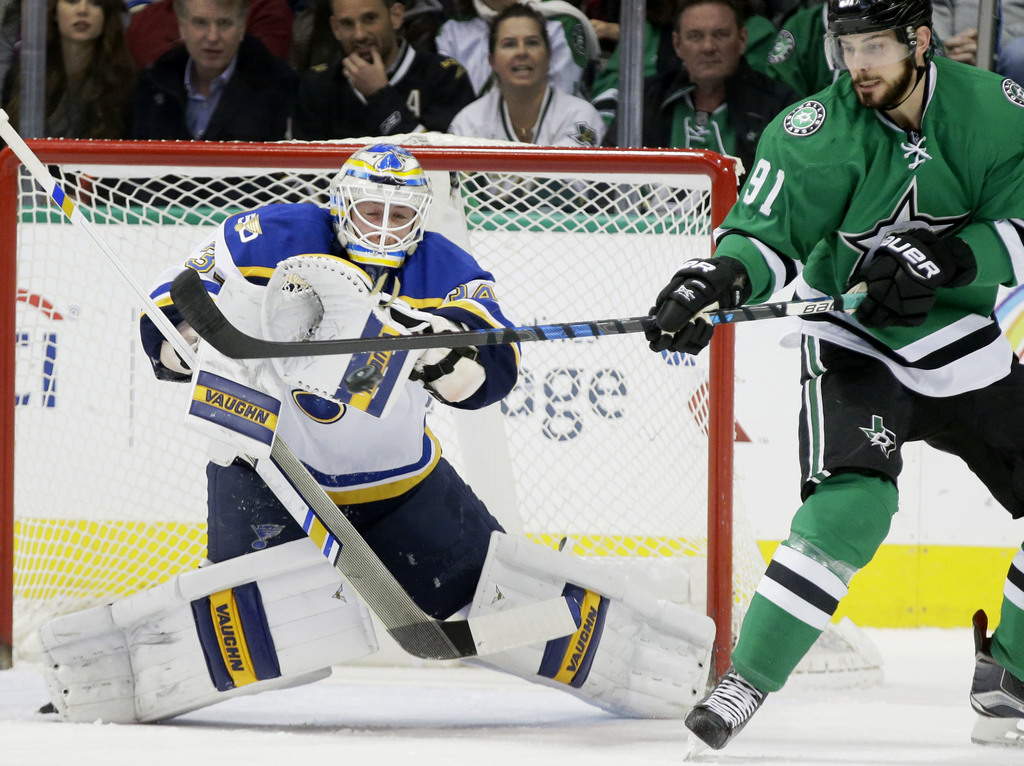 SUNRISE, Florida (AP) — Jaromir Jagr had three assists to pull into a tie for second place on the NHL's career points list as the Florida Panthers beat the Buffalo Sabres 4-3 after a shootout on Tuesday night.

Jagr pulled even with Mark Messier with 1,887 points, trailing only Wayne Gretzky (2,857).

Roberto Luongo stopped 33 shots, including both attempts in the shootout, to pull into a tie with Terry Sawchuk for fifth all-time in the NHL with 447 wins.

Nick Bjugstad had his first goal of the season while Keith Yandle also scored and Aleksander Barkov had a goal and two assists for the Panthers.

Rasmus Ristolainen and San Reinhart each had a goal and an assist for the Sabres. Evander Kane also scored and Robin Lehner made 36 saves.

COLUMBUS, Ohio (AP) — Cam Atkinson had two goals and scored in the shootout to help Columbus get its franchise-record 10th straight victory.

Curtis McElhinney made 44 saves and Sam Gagner scored the decider in the shootout as Columbus earned a point for the 12th straight game, improved to 21-5-4 and hosts the Stanley Cup champion Pittsburgh Penguins on Thursday night with a chance to jump into first place in the brutally competitive Metropolitan Division.

Jeff Carter scored twice for Los Angeles, including a tying goal 10:16 into the third period, and also got a goal in the shootout. Peter Budaj stopped 25 shots but allowed goals on 2 of 3 shootout attempts.

Charlie Coyle scored his team-leading 11th goal and Mikko Koivu added his eighth for the Wild.

Colorado's Semyon Varlamov returned after missing four games with a groin injury and stopped 31 of 33 shots. The Avalanche have lost four consecutive games.

Thomas Hickey and Nikolay Kulemin also scored for the Islanders in their first win since beating St. Louis on Dec. 8.

Greiss took a shutout into the third period and was able to hold off the Bruins after they pulled to 3-2 on goals by Anton Blidh and Dominic Moore. Greiss made 23 saves in the third period and got a little cushion when Lee scored a power-play goal with 6:58 left to put the Islanders back up two.

PITTSBURGH (AP) — Sidney Crosby scored his NHL-leading 22nd goal while Evgeni Malkin had a goal and two assists as Pittsburgh moved into a tie with the Rangers atop the crowded Metropolitan Division.

Michael Grabner collected his team-high 14th goal for New York and Matt Puempel added his second, but New York struggled to keep pace with Pittsburgh. Antti Raanta stopped 40 of 47 shots and allowed four third-period goals after the Rangers had pulled within 3-2.

Paul Byron had a goal and a helper while Tomas Plekanec, Max Pacioretty and Chris Terry also scored for the Canadiens.

DALLAS (AP) — David Perron put in a wraparound goal at 1:55 of overtime to lift St. Louis past Dallas.

On a delayed penalty, Perron picked up a loose puck to the left of the net, skated behind it and scored from the right side before Dallas goalie Antti Niemi could recover.

St. Louis' Patrik Berglund had tied the game 2-2 with 31 seconds left in the second period. Jaden Schwartz scored in the first period for the Blues and Jake Allen had 36 saves.

Jason Spezza scored for a 2-1 lead less than a minute before Berglund tied the game, and assisted on Patrick Eaves' power-play goal in the first period.

Bobby Ryan added a goal and an assist as Ottawa stopped a seven-game road losing streak against Chicago. Dion Phaneuf scored a power-play goal, and Kyle Turris had two assists.

Artemi Panarin, Tyler Motte and Richard Panik scored for the Blackhawks, who had won five in a row and six of seven. Scott Darling made 26 saves while dropping to 6-3-1 in 10 starts since Corey Crawford had an emergency appendectomy on Dec. 3.

TAMPA, Florida (AP) — Andrei Vasilevskiy made 22 saves in relief of Ben Bishop as Tampa Bay beat Detroit in a game where both starting goalies left due to injuries.

Bishop was hurt 12 minutes into the first period, going down after kicking out his right leg to make a pad save on Nick Jensen's shot.

Detroit's Jimmy Howard departed with 12:41 remaining in the second. He was unable to put weight on his right leg following a goalmouth scramble involving Jensen and Tampa Bay's Erik Condra.

Jensen, making his NHL debut, assisted on Anthony Mantha's goal with 10.5 seconds left in the third while Brian Boyle, Jonathan Drouin, Brayden Point and Vladislav Namestnikov scored for the Lightning.

Ryan Johansen and Mattias Ekholm each had a goal and an assist, Filip Forsberg also scored and Viktor Arvidsson had three assists for the Predators.

Sergey Kalinin spoiled Saros' bid for his first NHL shutout with 4:49 remaining, and Cory Schneider finished with 32 saves for the Devils, who have lost seven straight.