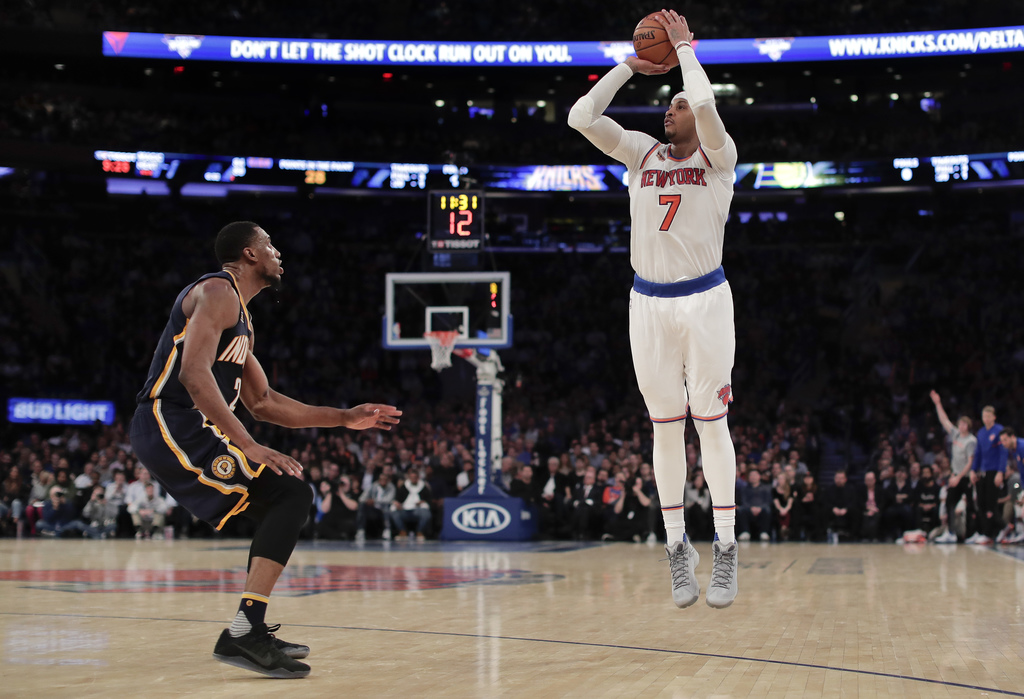 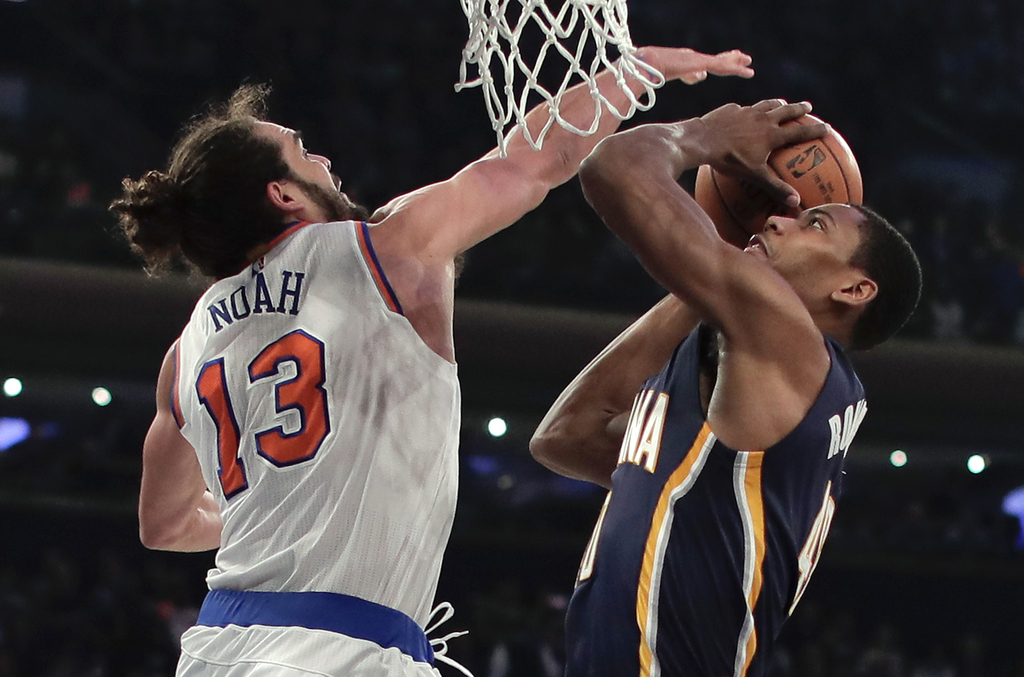 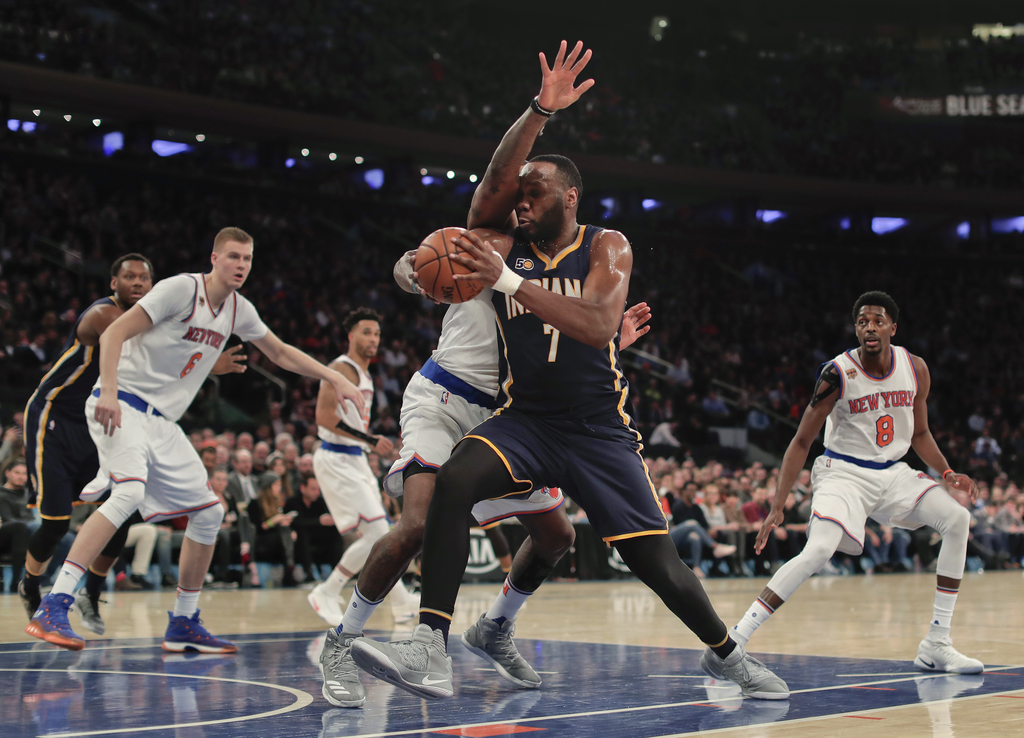 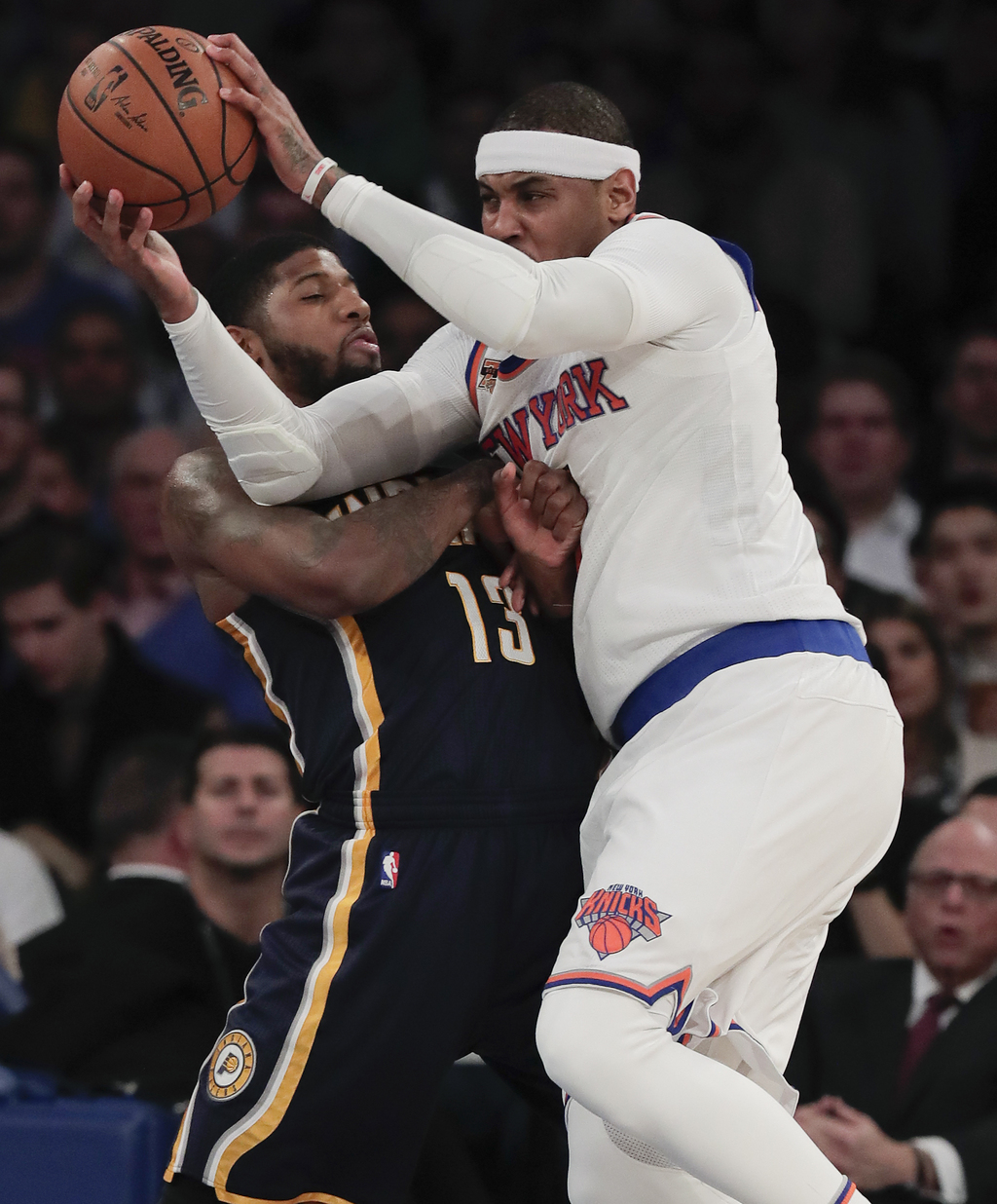 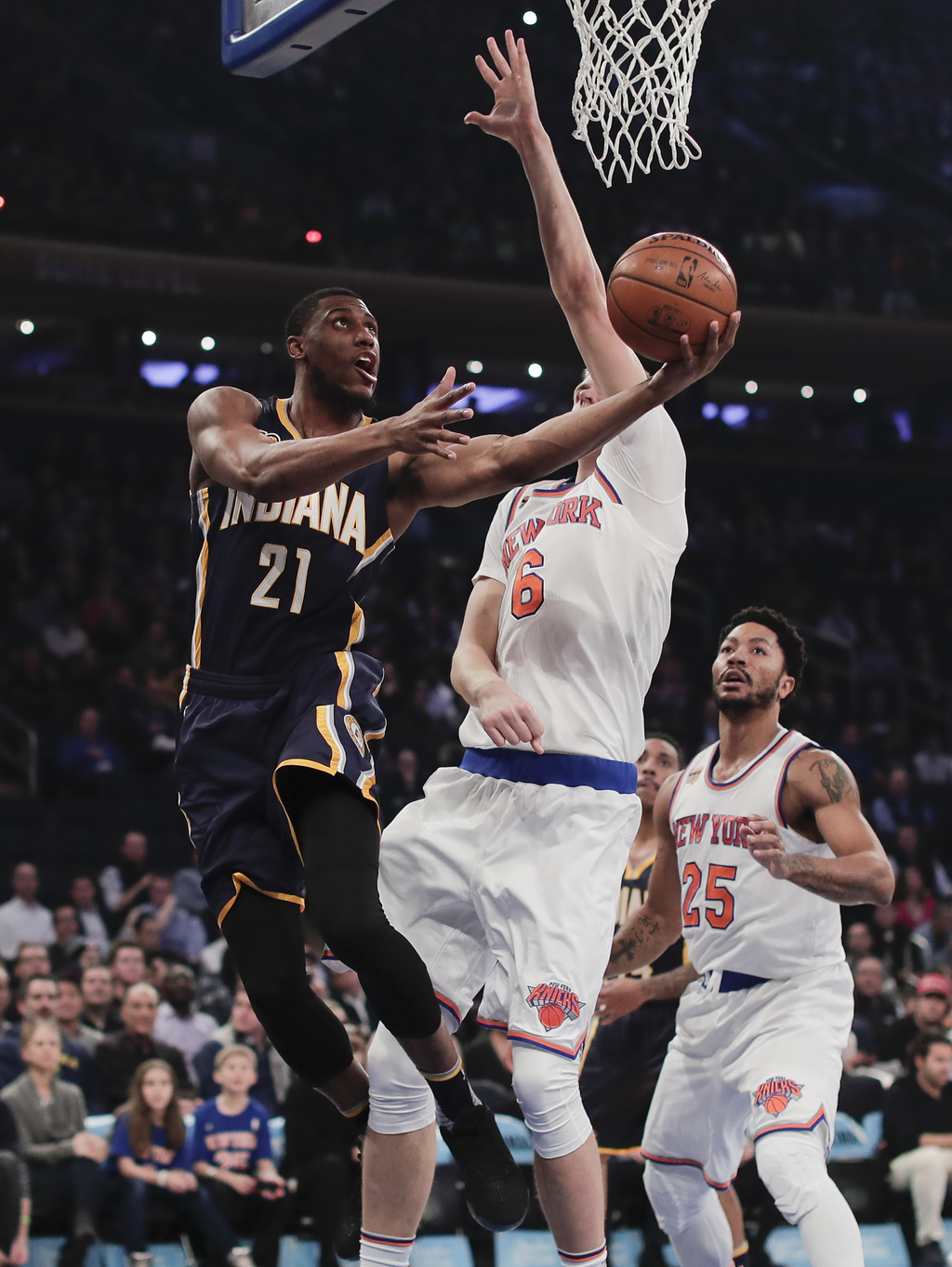 NEW YORK (AP) — The New York Knicks hadn't won all season when trailing after three quarters and it appeared they were falling too far behind for that change.

But once Carmelo Anthony hit a few shots, it did.

Anthony matched a season high with 35 points as the Knicks used a big second-half turnaround to beat the Indiana Pacers 118-111 on Tuesday night.

The Knicks fell behind by 15 in the third quarter, then suddenly seized control to end a three-game losing streak. Anthony scored 26 in the second half.

"Once we made some shots, we got some stops defensively, you could feel that momentum changing," Anthony said.

Derrick Rose had 24 points and Kristaps Porzingis added 21 for the Knicks, who returned home after a poor finish to their five-game trip out West. They started slowly but improved to 10-4 at home.

"We were kind of playing like we did those last three games of the road trip," coach Jeff Hornacek said. "Not a lot of energy, and then you get a couple shots to go down, all of a sudden you can build on that momentum."

The Knicks improved to 1-12 when trailing after three.

Thaddeus Young and Myles Turner each scored 21 points for the Pacers, who seemed headed to a third straight victory for about 30 minutes. It was mostly all New York from there as Indiana had its seven-game winning streak in the series snapped.

"It's frustrating. We just can't get the job done," said Paul George, who was 1 for 8 in the second half. "Inconsistent team. That's all there is about this team. It's just an inconsistent team."

With the Pacers playing for the second straight night and Hornacek saying his team looked a little tired Monday at practice after the long trip, the game had a sluggish start. It picked up in the second quarter before both teams had big moments in the third.

Indiana scored 10 straight points to turn a five-point lead into a 79-64 advantage, but Anthony made two 3-pointers in the final 35.6 seconds of the period as New York closed to 87-84.

"Carmelo got hot. He made some tough shots," Pacers coach Nate McMillan said. "I thought we were crowding him and he just made shot after shot."

The Knicks fell behind again by eight before blowing past the Pacers behind their 3-point shooting, as Porzingis made three and Anthony two during a 23-6 push that made it 114-105 on Anthony's 3 with 2:57 to go.