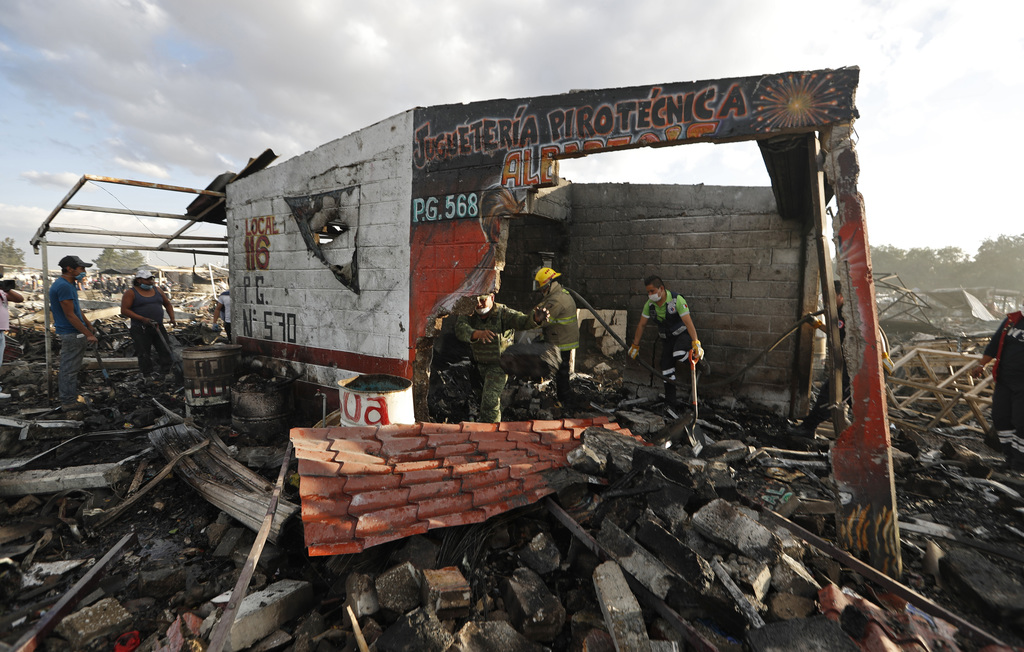 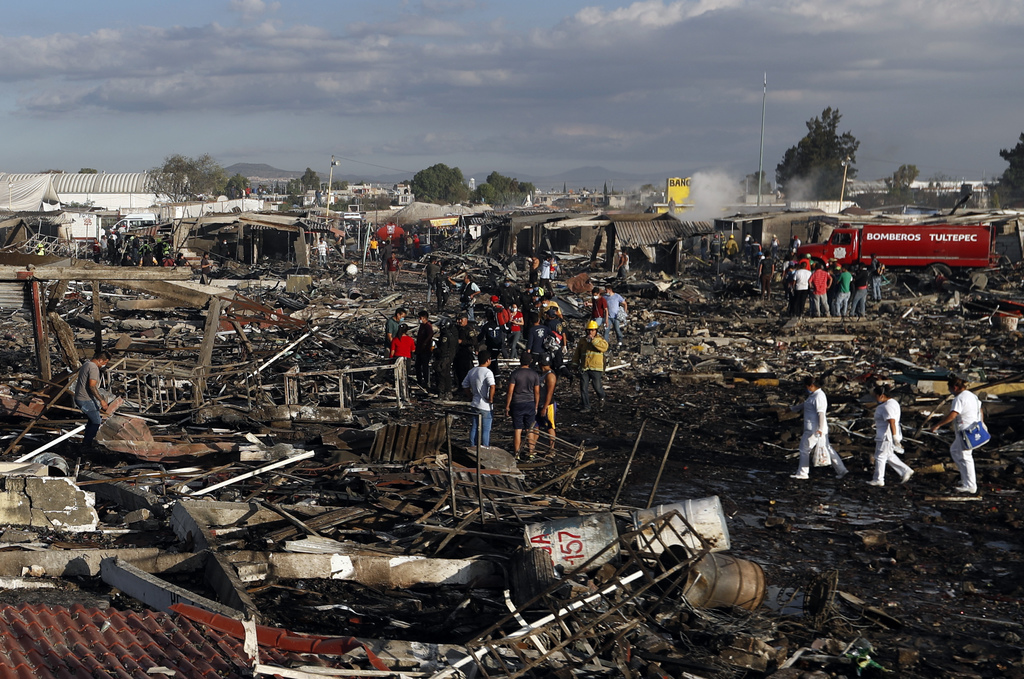 TULTEPEC, Mexico (AP) — The Latest on an explosion at Mexico's best-known fireworks market on the northern outskirts of the capital. (all times local):

The chief prosecutor of Mexico State says 26 people have been killed in an explosion that tore through a fireworks market near Mexico City.

Alejandro Gomez is raising the toll from Tuesday's blast from the previous nine dead, in comments broadcast on local television.

The explosion and fire raged through the open-air San Pablito Market in Tultepec, in the State of Mexico, in the afternoon as it was crowded with shoppers buying fireworks for the holidays.

The blast leveled stalls and left rescue workers to comb through ash and charred metal.

Similar fires and explosions destroyed hundreds of stands in two other incidents at the same market in 2005 and 2006.