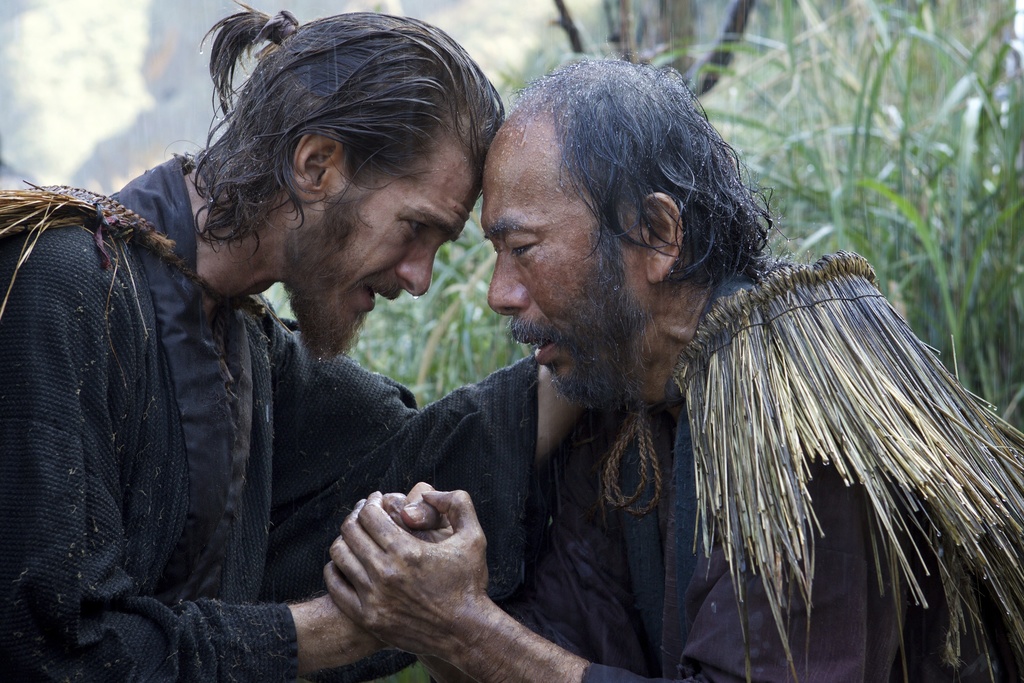 Martin Scorsese's "Silence " is not an easy film to watch. At times it's grotesquely violent, at others tediously slow. But it is a full and worthy cinematic experience that is bold, thought provoking and utterly singular. That it's also a nearly three-decade effort from one of our living greats is just an interesting factoid in the end — plus, we've been here before a few times over with Scorsese's passion projects.

Scorsese and screenwriter Jay Cocks ("The Age of Innocence") adapted "Silence" from Shusaku Endo's 1966 novel of the same name. Set in the 17th century, the film follows two Portuguese Jesuit priests, Father Rodrigues (Andrew Garfield) and Father Garrpe (Adam Driver) who journey to Japan to try to find their fellow missionary, Father Ferreira (Liam Neeson), who has been rumored to have renounced his faith.

It's an acutely dangerous mission, which Father Valignano (Ciaran Hinds) tries to dissuade Rodrigues and Garrpe from pursing. In the years after the Shimabara Rebellion, Christianity in Japan was practiced only in secret — iconography and texts were confiscated and the known and even suspected devout were tortured and killed. But, driven by faith and duty Rodrigues and Garrpe might as well not have a choice in the matter at all. They can't even fathom not going, though, and thus they do.

The two men have to sneak into the country with the help of a semi-trustworthy scoundrel who is still reeling from his own crisis of faith. Japan (really, Taiwan where they shot) even looks uninviting. Shot by Rodrigo Prieto with production design from Dante Ferretti, the gray skies seem ready to close in on the mountains and subdued landscapes, and below, the dark sea thrashes violently against the shore.

When they arrive, their series of trials begin. They preach to local villagers desperate for an organized religion they've been forbidden from, they give away every cross and rosary they have and wonder whether the impoverished townspeople cherish the objects more than the meaning behind them, and they watch as authorities come through and ravage the towns looking for Christians to test.

Rodrigues and Garrpe separate for their safety and we continue to follow Rodrigues through the Japanese countryside as he encounters more dire displays of Japan's utter and complete intolerance for Christianity. In one of the more powerful sequences, three older men are hung from crosses positioned deep in the ocean's waters — the thrashing waves killing them slowly for their refusal to apostatize. An increasingly haunted Rodrigues looks on from a hiding spot.

Garfield carries the film and Rodrigues' agony on his slight shoulders — his second film about faith in a single season, following Mel Gibson's "Hacksaw Ridge." But it is Japanese actor Issey Ogata who steals the show as an older samurai who not only tells Rodrigues what's what but provides some of the funniest and disturbing moments in the film. It's a tonal departure, but a welcome one in what can be a bit of a slog.

It's a much more traditional and subdued film than the knowingly provocative "The Last Temptation of Christ." There's no Peter Gabriel guitar and nothing that is likely to enrage or inspire protests. But it does pick at doubt in a spiritually similar way. Rodrigues knows what his faith requires, and yet it continues to be tested and challenged by the physical and political realities of where he's inserted himself. Do the peasants, so grateful for his teachings, actually believe? Or are they looking for a way to the afterlife? What good, he's forced to wonder, is he actually doing there? "Silence" is as much about colonialism and intolerance as it is faith and conviction. While I'm still not sure what Scorsese wants the audience to think by the time the screen goes to black, the questions raised nonetheless feel modern and resonant.

"Silence," a Paramount Pictures release, is rated R by the Motion Picture Association of America for "some disturbing violent content." Running time: 161 minutes. Three stars out of four.