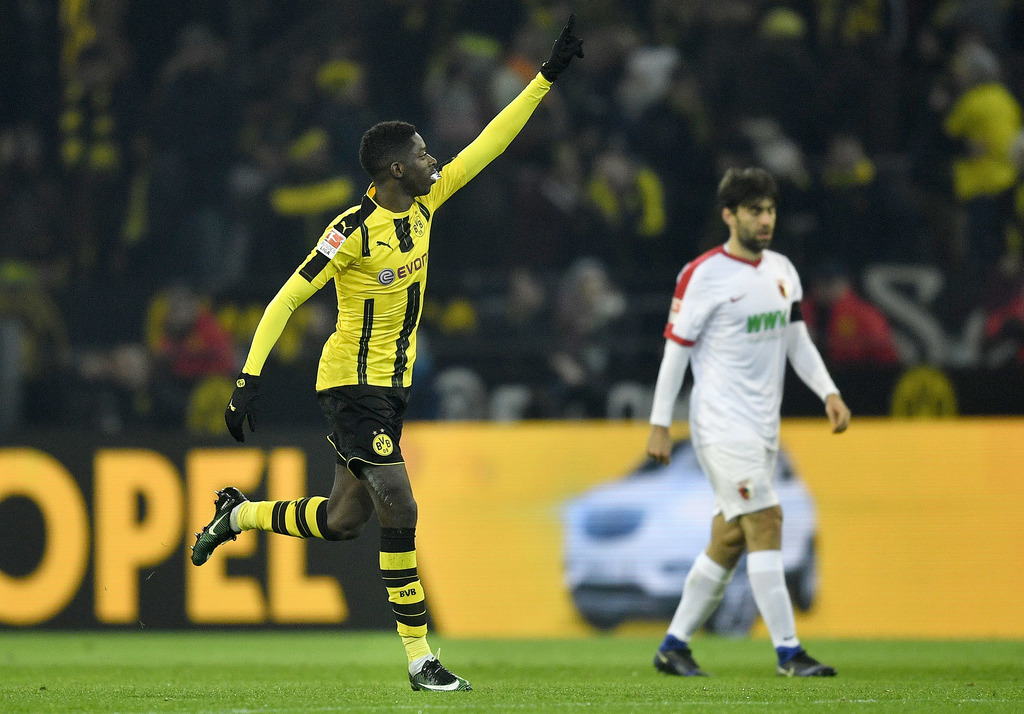 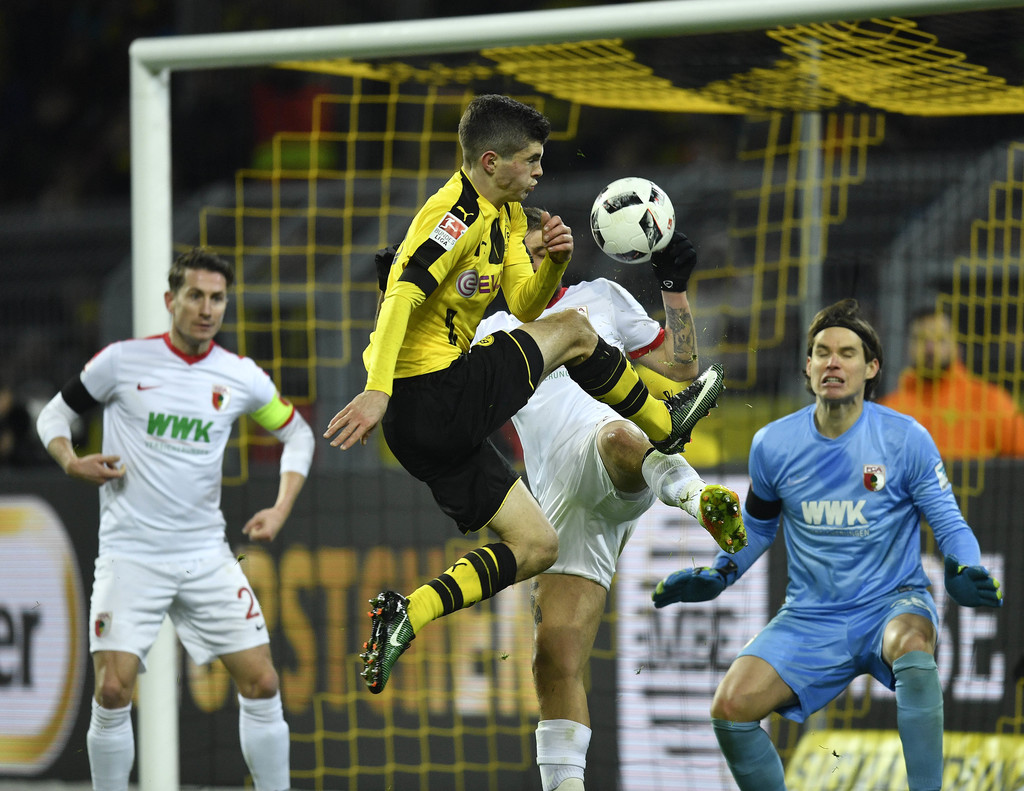 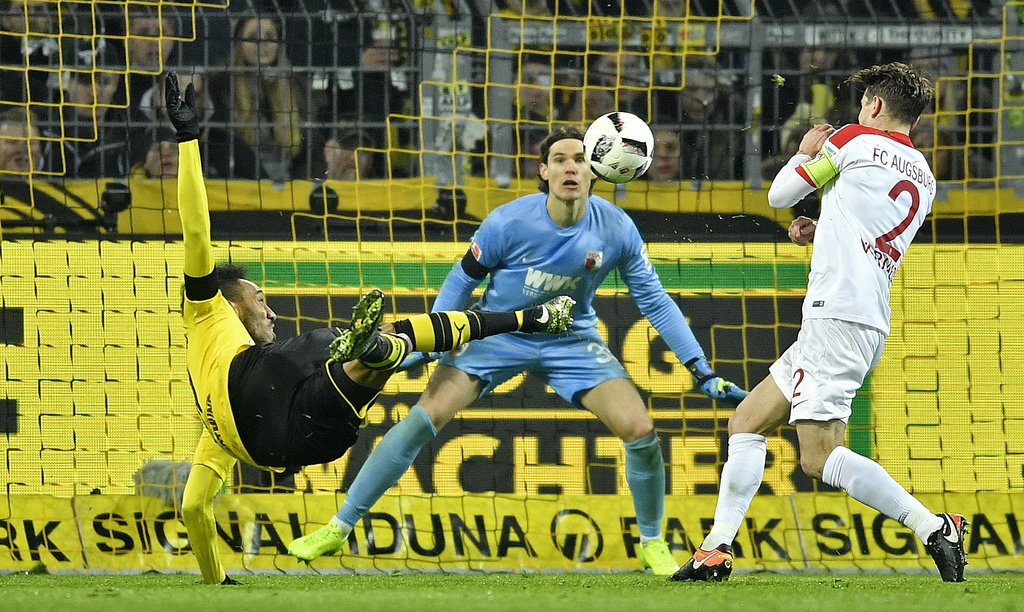 BERLIN (AP) — Borussia Dortmund ended 2016 with whistles from its own fans after being held to a 1-1 draw in the Bundesliga by gritty Augsburg on Tuesday.

Not even the news of midfielder Julian Weigl's contract extension to 2021 could hide the disappointment of Dortmund's third successive league draw.

Coach Thomas Tuchel had said he was worried by his side's propensity to concede first - Dortmund had been left with an uphill task in each of its previous six competitive games. And it happened again on Tuesday when Ji Dong-won scored against his former club in the 33rd minute.

Marc Bartra lost the ball and Martin Hinteregger surged forward despite the attention of five Dortmund players, slipping a pass to Jan Moravek, who noticed Ji free on the left. Goalkeeper Roman Weidenfeller blocked his first effort but the rebound fell kindly for the South Korean to grab his third league goal of the season.

Dortmund was dominating possession but struggling to create chances against Augsburg's compact 5-4-1 formation.

Tuchel brought Bartra off for Sven Bender at the break and Ousmane Dembele equalized two minutes later, sweeping the ball in with his left foot after Shinji Kagawa played him through.

Kagawa might have had a penalty shortly afterward when it appeared Paul Verhaegh brought him down.

Dortmund pushed hard but again left itself too much to do. The side is fourth in the standings and might be overtaken by Hoffenheim and Hertha Berlin on Wednesday, when league leader Bayern Munich hosts promoted Leipzig for a top-of-the-table clash.

All of Tuesday's games were preceded with a minute's silence for victims of the truck attack at a Christmas market that left 12 people dead and many injured in Berlin the evening before. The players also wore black armbands.

However, it might not be enough to save his coaching job amid reports the club approached David Wagner, the current Huddersfield Town coach, for the position. Wagner opted to stay with the second-tier English side.

His side got off to a bad start when Daniel Caligiuri opened the scoring on a counterattack in the third minute.

Thorgan Hazard equalized early in the second half but 'Gladbach's defense was caught napping again when Julian Draxler sent Mario Gomez through for the winner five minutes later.

'Gladbach is just three points above the relegation zone, while Wolfsburg is only ahead on goal difference.

Bobby Wood came on a substitute and secured a welcome victory for Hamburg with a brilliant late strike against injury-hit Schalke.

Nicolai Mueller made the breakthrough on the hour mark, before Johan Djourou missed the chance to seal it when Ralf Faehrmann saved his weak penalty 15 minutes later.

American forward Wood, who had three league goals already, further endeared himself to the home fans when Mueller sent him through on the right. Still faced by Germany defender Benedikt Hoewedes, he turned inside and unleashed an unstoppable shot inside the far post.

Hamburg climbed into the relegation playoff place ahead of Wednesday's games.

Frankfurt completed a fine first half to the season with a victory made easier by Jhon Cordoba's sending off for a stamp on David Abraham in a tussle 10 minutes into the second half.

Frankfurt captain Abraham had set up Branimir Hrgota for the opener in the 18th minute, and Hrgota set up Aymen Barkok with 15 minutes remaining.

Barkok returned the favor for Hrgota to seal it 10 minutes later as Frankfurt climbed to third before the rest of the 16th round.