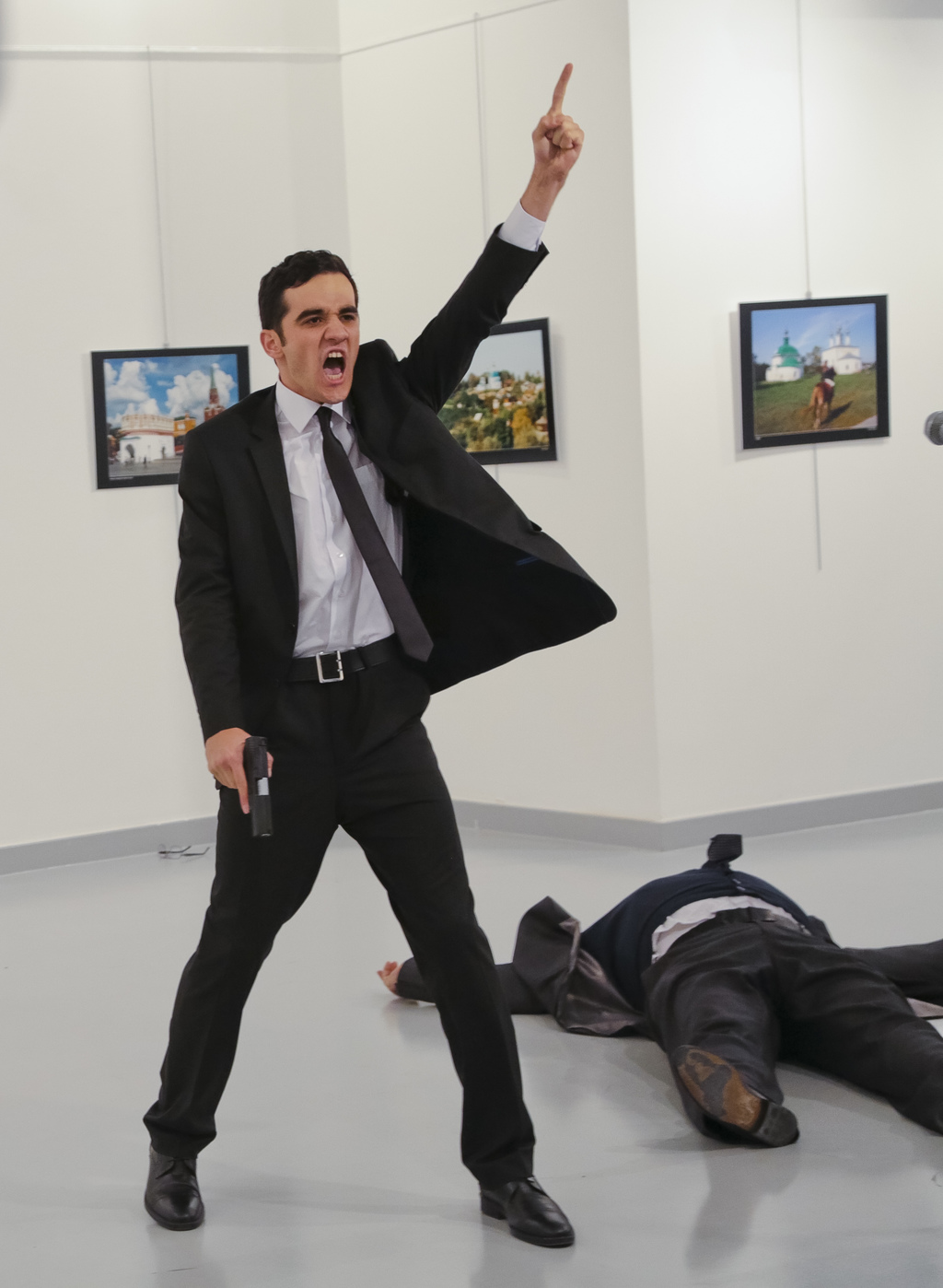 NEW YORK (AP) — The stunning image rocketed around the world, via Facebook and Twitter and other social media: an Associated Press photographer's close-up of an agitated gunman just moments after he had assassinated Russia's ambassador to Turkey.

Gun in his right hand, his left hand raised with his index finger pointed, the man is shouting angrily as his victim's body lies sprawled near his feet.

Within hours, the photo had reached more than 18 million people on Facebook; more than 430,000 engaged with it via reactions, comments and shares. It appeared on newspaper front pages worldwide, including the New York Times, USA Today, the Financial Times, El Pais in Spain, the tabloids Liberation in France and The Sun in Britain.

The AP photographer, Burhan Ozbilici, was on the scene Monday to attend a photo exhibition in Ankara, Turkey's capital. At first he thought it was a theatrical stunt when a man in a dark suit and tie pulled out a gun. The man then opened fire, killing Russian Ambassador Andrei Karlov.

Ozbilici, like others in the room, was scared — but instead of seeking cover, he moved forward with his camera.

"I'm a journalist," he said later. "I have to do my work. I could run away without making any photos. ... But I wouldn't have a proper answer if people later ask me: 'Why didn't you take pictures?'"

He recalled thinking about friends and colleagues who died over the years while taking photographs in war zones.

Other photographs this year have gripped the world with their heartbreaking images — the body of 3-year-old Syrian refugee washed ashore on a Turkish beach; another Syrian boy, slightly older, sitting in an ambulance in Aleppo, dazed and caked in dust, with blood covering much of his face.

"It shows the danger that photographers and videographers expose themselves to," he said. "It's professionalism — the level-headedness to keep doing your job."

"I can't imagine how traumatic it was for those who were there at the time," she wrote. "But thanks to a brave and extremely professional photographer, we are left with some of the most powerful and shocking documentary photos of this year."

On AP Images, the website for AP's photo operation, more than 7,600 people commented on the photo.

"Tragic story but this is one of the greatest news photos I've ever seen," one man wrote.

"It's an astonishing photo," wrote another. "It's a different kind of courage to that a war photographer shows daily but no less a record of an act and time."