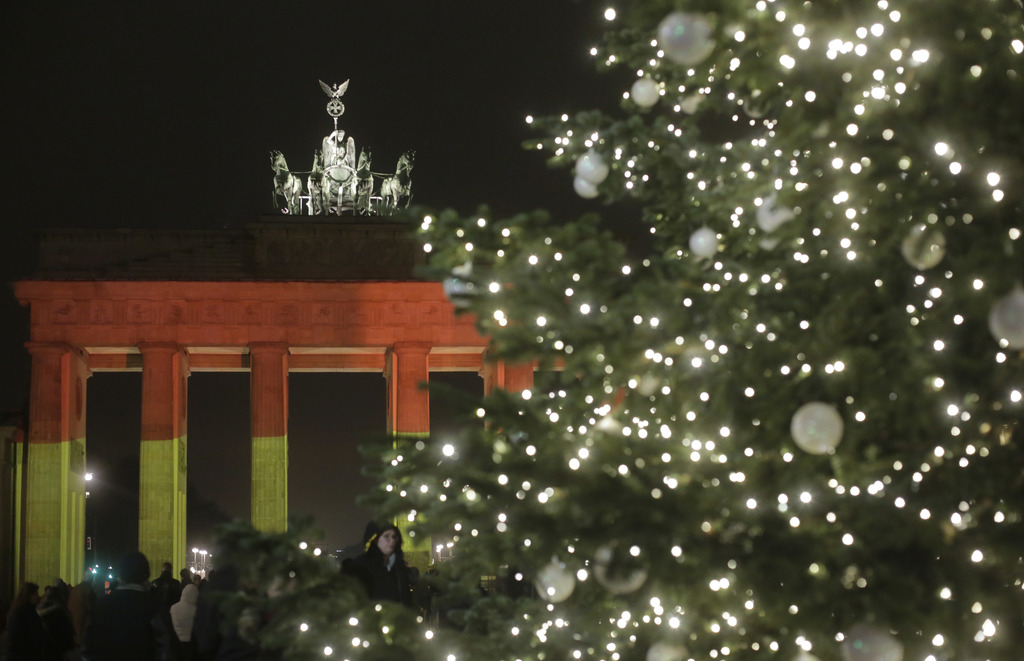 MADRID (AP) — Inaki Ellakuria, a 21-year-old student from Spain, knew immediately that this was no accident.

"I heard the truck crashing against the first stall," he tweeted Monday, only minutes after the vehicle ran over dozens of shoppers at a Christmas market in Berlin.

"It came fast, too fast to be driving off the road accidentally," he posted.

His next tweet was chilling: "It has swept me and ran over both of my legs."

Ellakuria was one of the 48 injured in a truck attack on the market — and his family is grateful he was not among the 12 killed in Monday night's attack near the Kaiser Wilhelm Memorial Church in Berlin.

On Tuesday, he underwent surgery at a hospital in Berlin for the broken tibia and fibula on his left leg. He also has broken bones in his right ankle and instep, as well as damage to his hip, but he is recovering well, according to his relatives.

"He's come out of surgery and he's making good progress," his father Juan Jose Ellakuria said over the phone from Berlin, where his parents had traveled on Tuesday morning from Bilbao in northern Spain. "He suffered a big shock yesterday and today. Even if he's improving, he's still affected."

Ellakuria, who has been studying economics in Berlin on a scholarship, was passing through the area with two friends when the black truck drove at high speed, running over market stalls and visitors in what German authorities have labeled an "act of terrorism."

His two female friends were unhurt and one rang up his family with the news of his injuries.

"It hurts every time I think about it. I didn't think I was going to overcome the pain," Ellakuria wrote in another tweet.

But he was grateful for the kindness of strangers, thanking them online for the help he received from passers-by.

"Those who were not hurt were great with us. Cushions, water, food, blankets, hats, scarfs," he wrote.