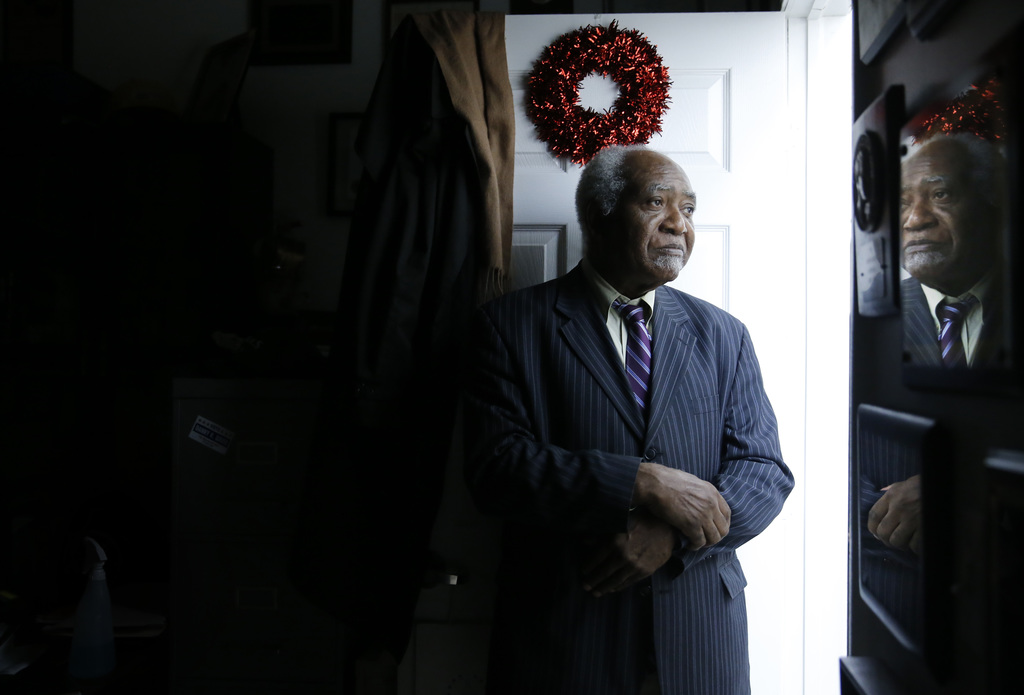 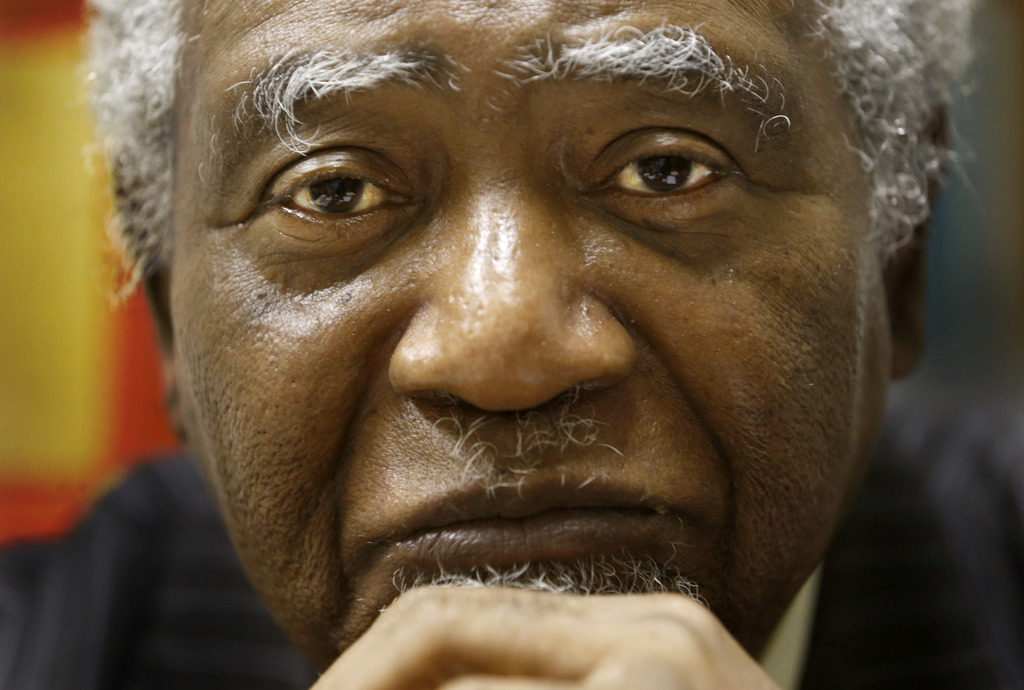 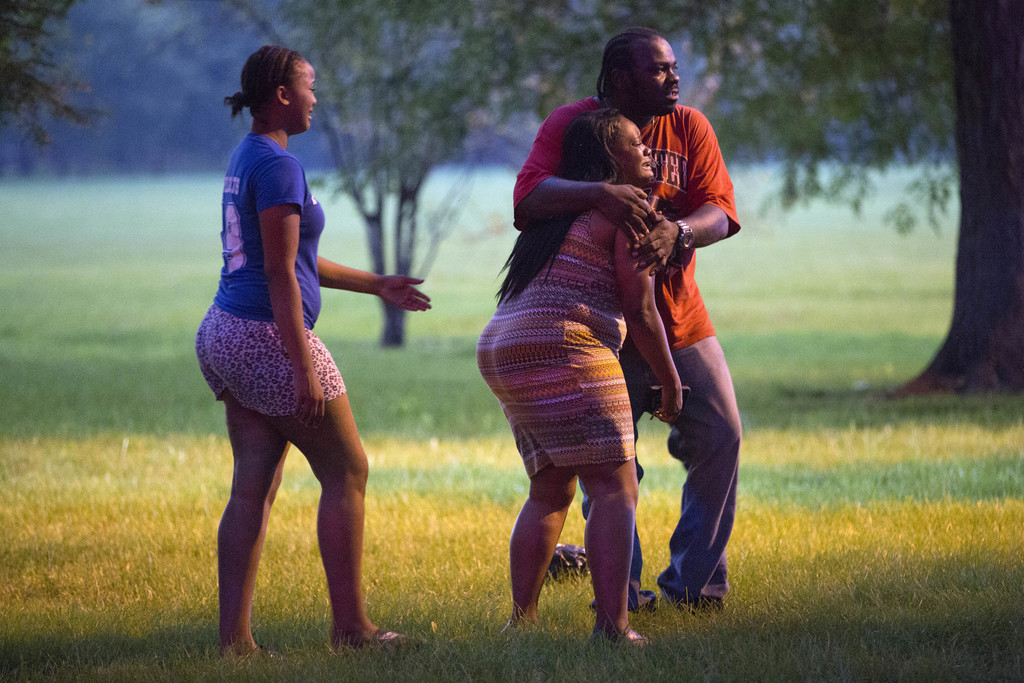 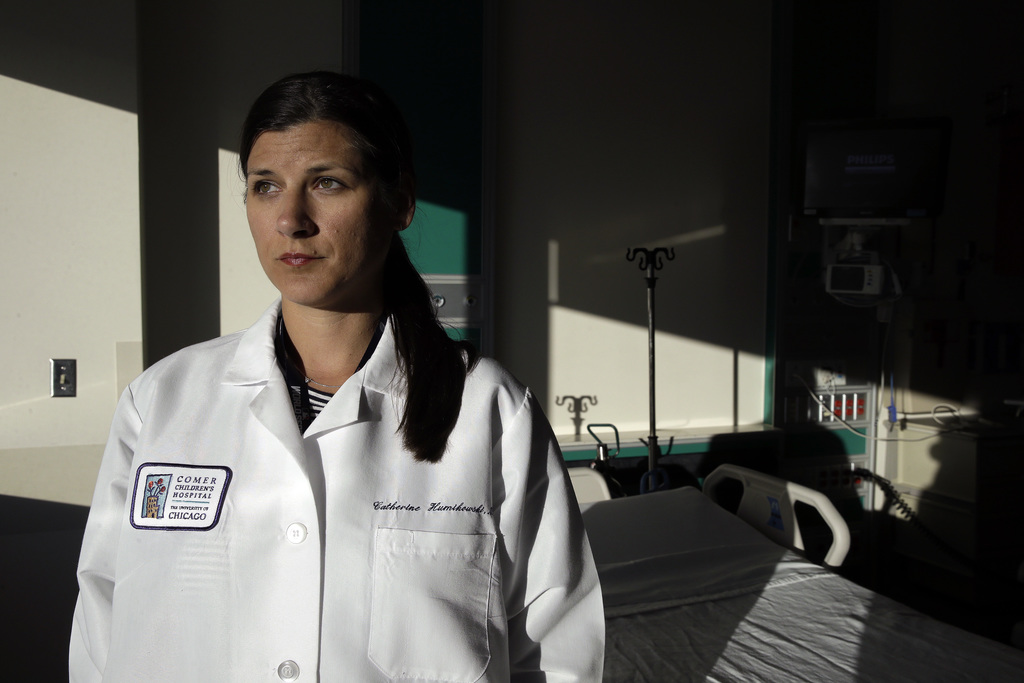 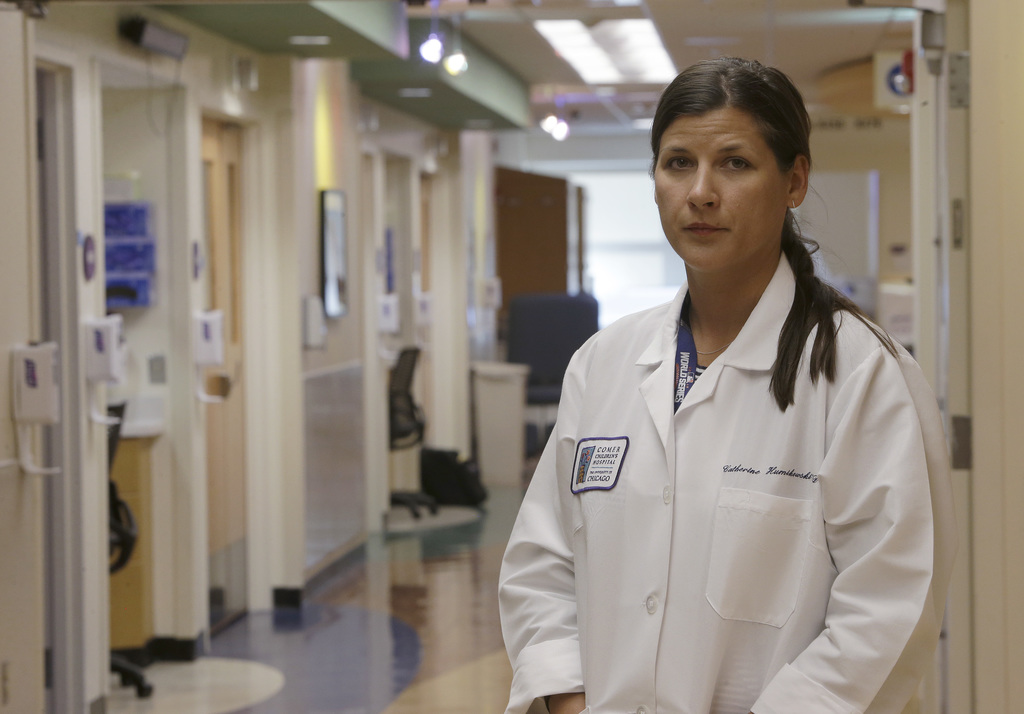 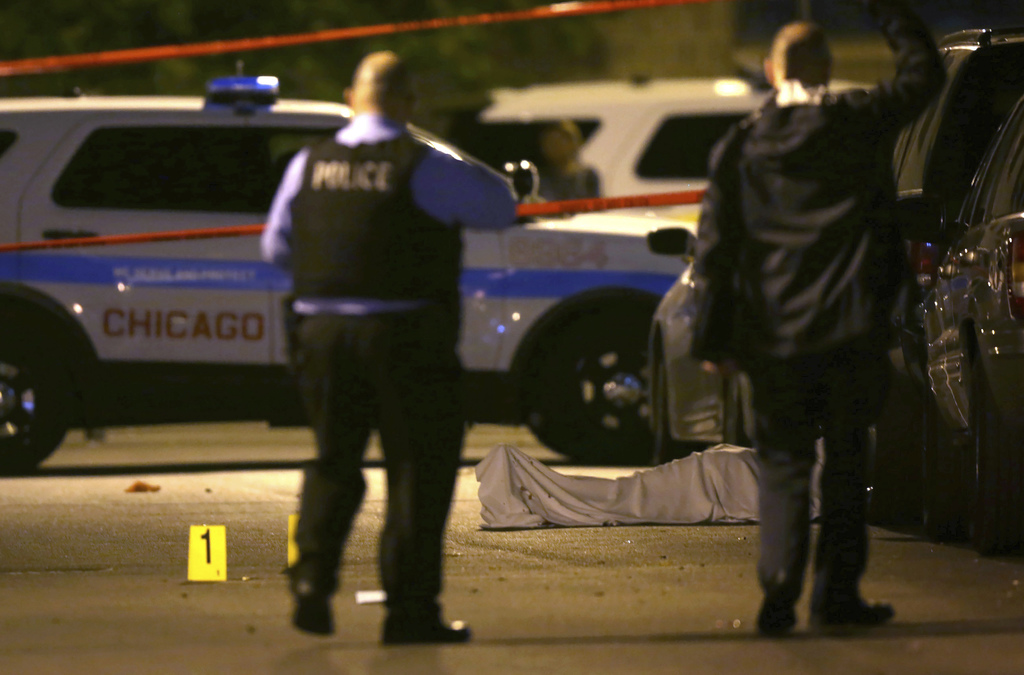 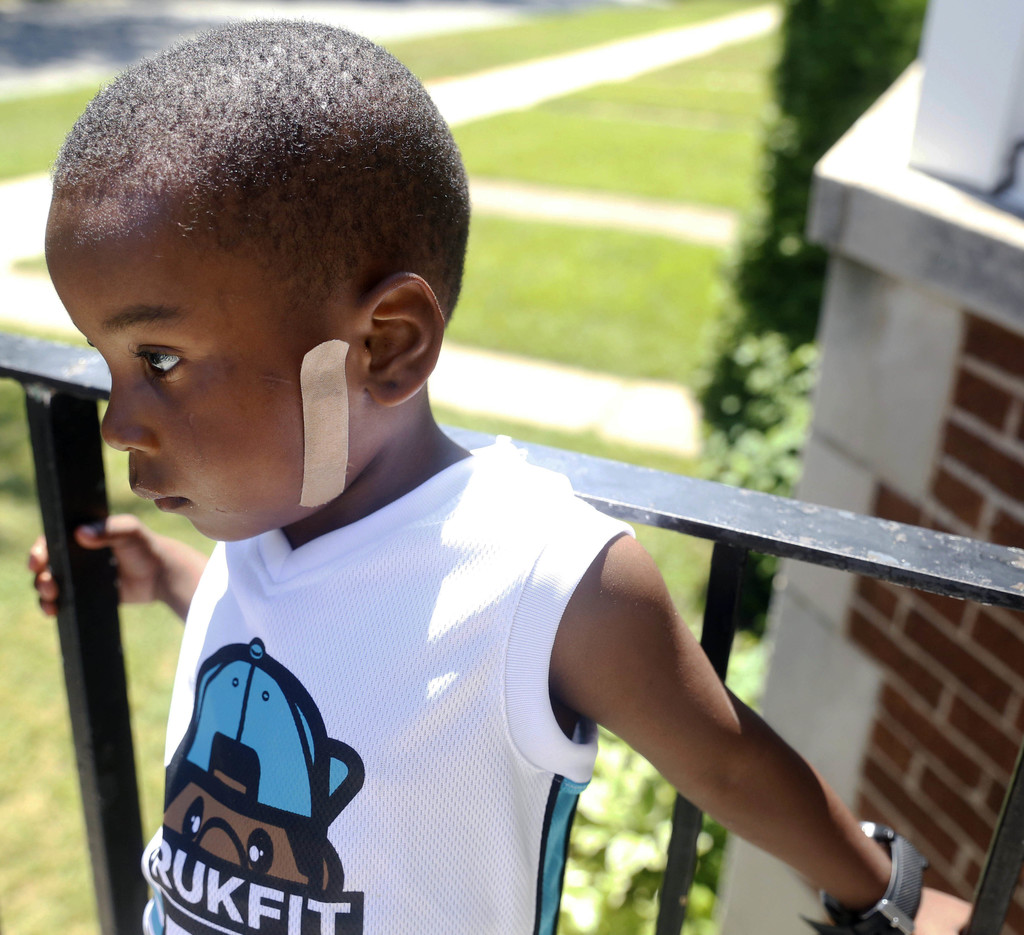 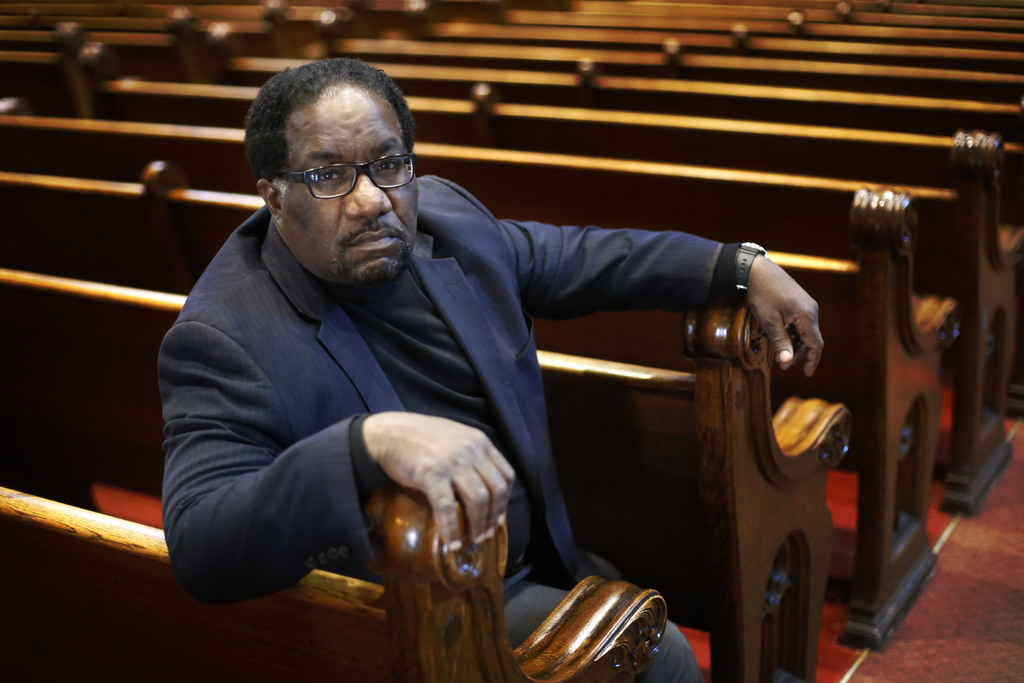 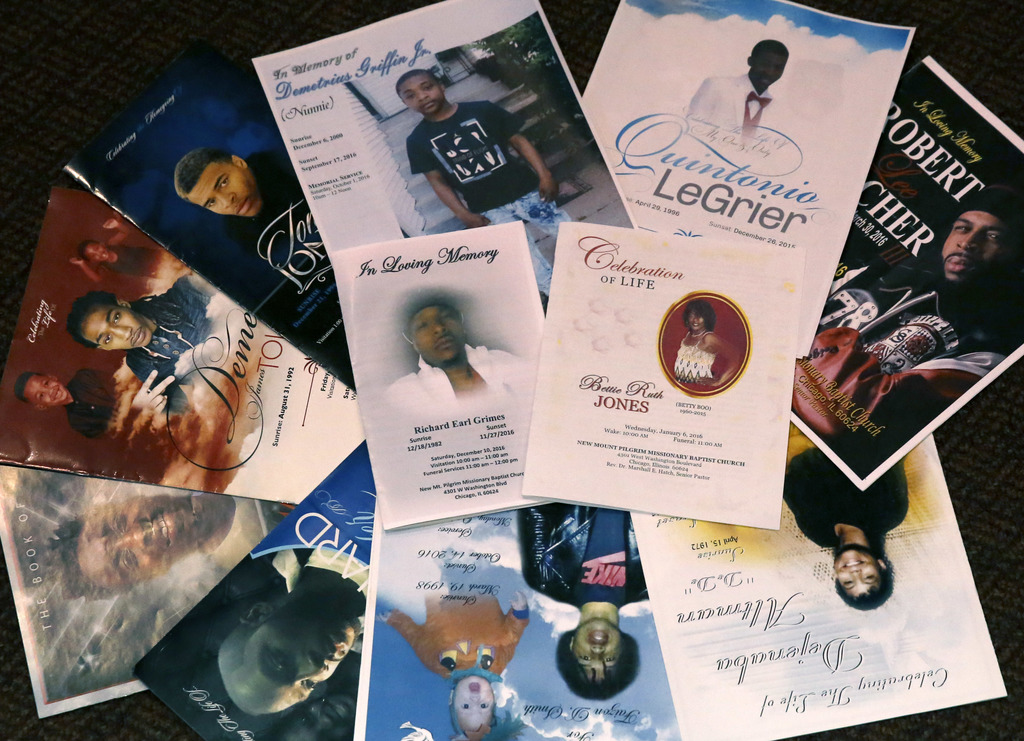 CHICAGO (AP) — In this deadly year of gun violence in Chicago, the tragic became the routine: Teens carried the caskets of friends down church steps. Sobbing mothers huddled at candlelight vigils, praying for an end to the shootings. Police unfurled more yellow tape to cordon off another murder scene.

The city recorded its first fatal gunshot victim just a few hours into 2016. Month after month, the numbers mounted. More than 100 homicides in January and February. Around Labor Day, another milestone: 500 deaths. By mid-December, Chicago had recorded some 740 homicides.

Most were on the South and West sides. Most victims were young black men. But Chicago's epidemic of gun violence — more than 3,400 shootings and about 4,200 victims in all — scars a much wider circle.

Three people with close-up views — a pastor, a doctor and a congressman — reflect on the lasting and painful impact:

When the Rev. Marshall Hatch arrived at the scene of a double homicide one spring afternoon, he saw one of his parishioners running down an alley toward him, calling his name and clutching a Bible. It had belonged to her son — the pastor had signed it when the young man was baptized at his church.

She said it was one of his cherished possessions. Now her 23-year-old son, Demetrius Tolliver, was dead. He'd been shot after four gunmen stepped from a van across the street from an elementary school and began firing. A woman standing nearby was killed, too. A 17-year-old reputed gang member has been charged with murder. The motive is unknown.

Hatch prayed with Tolliver's mother near her house. Later, he wrote a eulogy for her son. In the months ahead, he'd do the same for several other young gunshot victims.

"I've been at it 30 years and I don't know that I can continue at this pace emotionally," he says. "The only way I can really deal with it is see myself as an outsider. This is not my way of life. It's not my family's way of life. It's not the way of life of a lot of people that I know who are close to me. But I live in the neighborhood. ... I have to have some sense of detachment in order to serve."

Hatch's towering limestone church — one of its stained glass windows features a slave ship — sits in West Garfield Park, home to one of the city's highest homicide rates. In his office lined with books, African sculptures and civil rights mementoes, the pastor ponders that reality, sifting through glossy funeral programs of young victims. He glances at snapshots of them as happy little boys and family recollections of their sons' modest dreams — to attend senior prom and graduate from high school — now denied.

There was Tolliver, a former high basketball superstar; gym shoes were atop his casket. There was Elijah Sims, whose family moved to nearby suburban Oak Park to escape the constant gunfire. He was shot in the head while visiting friends in his old neighborhood — a day before his 17th birthday. "You had big plans but "God" had one better," his mother wrote in a note. "Sleep well baby boy. Momma."

And there was Demetrius Griffin Jr., known as "Nunnie." A diminutive 15-year-old who loved dogs, he'd started high school just weeks earlier. His body was found in a garbage can. His aunt is the church secretary.

Some funerals are more than sad; they're tense, too. Hatch presided at services for one teen who'd been known as a "bad kid." He'd been shot on a Friday, four days after his best friend's funeral. Rumors spread that gang violence might erupt at this funeral. Police were outside. Inside, Hatch's security force, called the "Mountain Men," kept watch. The ceremony was peaceful.

Hatch rejects the African-American tradition to regard these funerals as festive "homegoings," marking the deceased's journey to heaven. "I don't consider it a celebration," he says. "It's sad. It's traumatic. It's abnormal and we need to do something about it."

And though Hatch worries that the violence has gotten so bad that some in his congregation "don't see a future for themselves in these communities," he says his church remains a refuge. "Our doors are still open," he says. "We provide holy ground in the midst of chaos."

In the pressure cooker world of pediatric intensive care, Dr. Catherine Humikowski has seen the grievous damage bullets do when they rip into young brains and bodies.

The list is long, the wounds harrowing: A depressed, gaunt-faced 15-year-old, paralyzed from the shoulders down, tubes snaking through his stomach and windpipe. A 6-year-old girl shot in the stomach. Adolescent boys with bullets in their thighs and butt, bewildered by catheters and embarrassed by nurses poking and prodding at their private parts.

Humikowski is medical director of the pediatric ICU at the University of Chicago Medicine Comer Children's Hospital. She loves the job, she says, but it's physically exhausting and has changed what she does outside of work. She avoids reading the news, talks with a therapist and limits herself to a single dinner drink to avoid "self-medication." This year, Chicago's violence also helped prompt a life-changing decision: She's leaving when her contract expires next summer.

"To walk away from it is really hard," she says, "but at the end of the day when I recognize in myself that I've achieved a degree of numbness ... that desensitizes me to the things that are so important to me. That's the point where I say I actually need a break."

Humikowski will spend her sabbatical raising her 3-year-old daughter, writing a book about doctors who've survived cardiac arrests — she's one of them — and focusing on gun violence as a community health concern. She's not sure when she'll return to medicine full-time.

This year, Comer saw about 50 kids with gunshot wounds. Humikowski recalls one teen shot in the head who was a bright student, an athlete and church-goer. His mentors gathered around his bed to pray for him. "He did everything right," she says. "What the heck is he doing lying shot in my ICU? I remember thinking if this kid doesn't make it out, who's going to EVER make it out?"

But she chastises herself, too, noting that she and other dedicated medical staff sometimes find themselves mentally separating the "good kid" from the one who might be in a gang.

"Suddenly we don't feel the same way about that kid as the one who's unloading his (musical) instruments outside a church and was a drive-by," she says. "Why not? They're still kids. They still live in that community. They still face all the same pressures. That's the piece that's really gotten to me over the last year: How we deliver compassion to these patients ... and does it change because we judge them for a level of fault that we don't actually know anything about?"

She's aware, too, that once they heal, the danger isn't over.

"What's the community that they're going back to?" she asks. "... (After) saving them in the throes of a critical violent injury, does it really mean the same thing if I know that kid is likely to grow up in a neighborhood where they can get shot again?"

These questions haunt her. So does her inability to have a broader influence on curbing violence.

"It doesn't feel like it's within my power to change it. So all I can do ... is patch them up and send them out," she says. "And that's not enough for me anymore."

As a congressman, Danny Davis can debate the need for gun control from a public policy perspective.

But as a grandfather, he can't make sense of the death of his 15-year-old grandson, Javon Wilson, who was shot last month at his South Side home in a fight over clothes and gym shoes. A 16-year-old boy and 17-year-old girl have been charged with murder.

Javon, he says, had been warned not to be out on the streets at night. "Of course, here he was at home," Davis says. "The streets kind of came to him."

At Javon's funeral, Davis mourned his grandson, a basketball fanatic, a lover of blues and rap, a high school student just coming into his own. But the congressman looked beyond his family's tragedy.

"Somehow with all the technology that we have, with all the know-how ... we have not had the will to stop the flow of guns through inner-city communities," he told mourners. "You have to ask yourself, 'How does a 15-year-old get a gun? Who will give it to him?'"

In parts of Chicago, guns flow freely. Some blame the surge in violence on court decisions that have diluted or eliminated tough gun laws; the police superintendent wants longer prison sentences for gun-related crimes.

Davis has spoken to President Barack Obama, Donald Trump and other political leaders who've called to offer condolences and discuss ways to stem the bloodshed. He's optimistic some good will come from it and, he says, refuses to "accept a hopeless feeling."

Still, Davis worries the shootings will erode "the sense of positive possibility" that inspires people to dream of better days ahead. "It's hard to make those kinds of predictions," he says. "It's hard for young people to even believe that they will live to be a certain age."

And while he grieves for his grandson, Davis says he also grieves for the teens charged with the murder. "We talk a great deal about redemption in our country," he says. "I can ask for forgiveness of these two young people. Feeling another way wouldn't do a thing to bring Jovan back."

Sharon Cohen, a Chicago-based national writer, can be reached at scohen@ap.org or http;//twitter.com/@scohenAP.