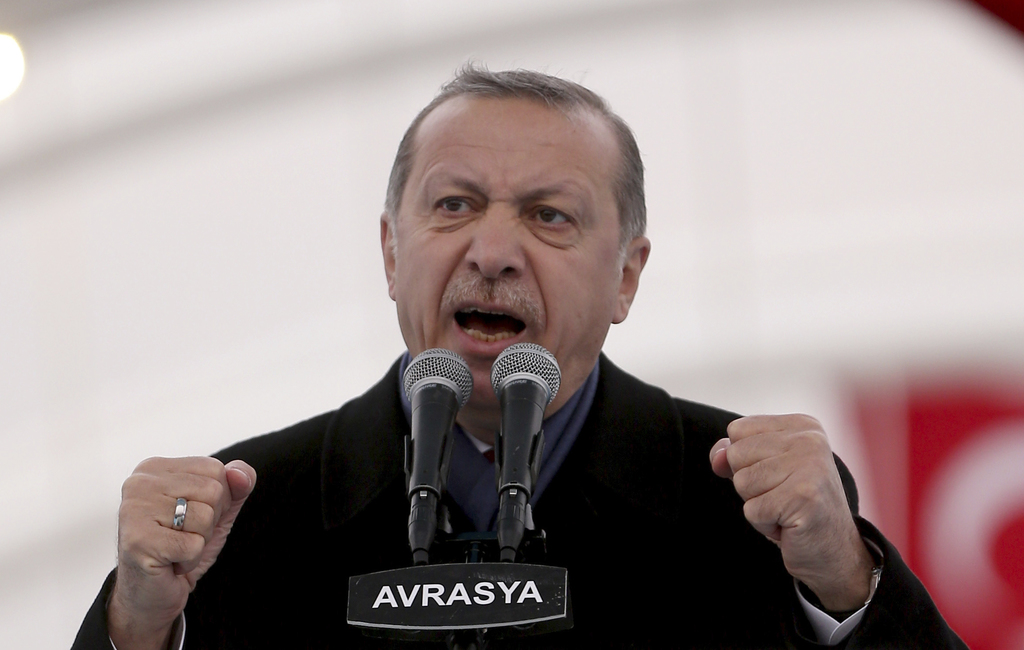 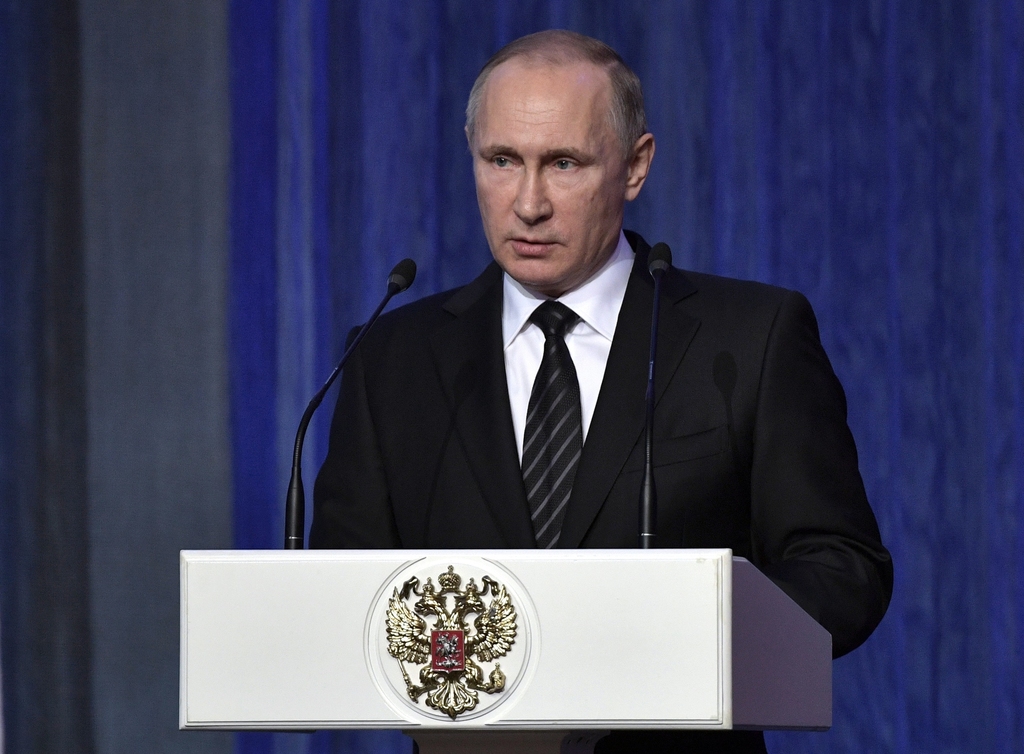 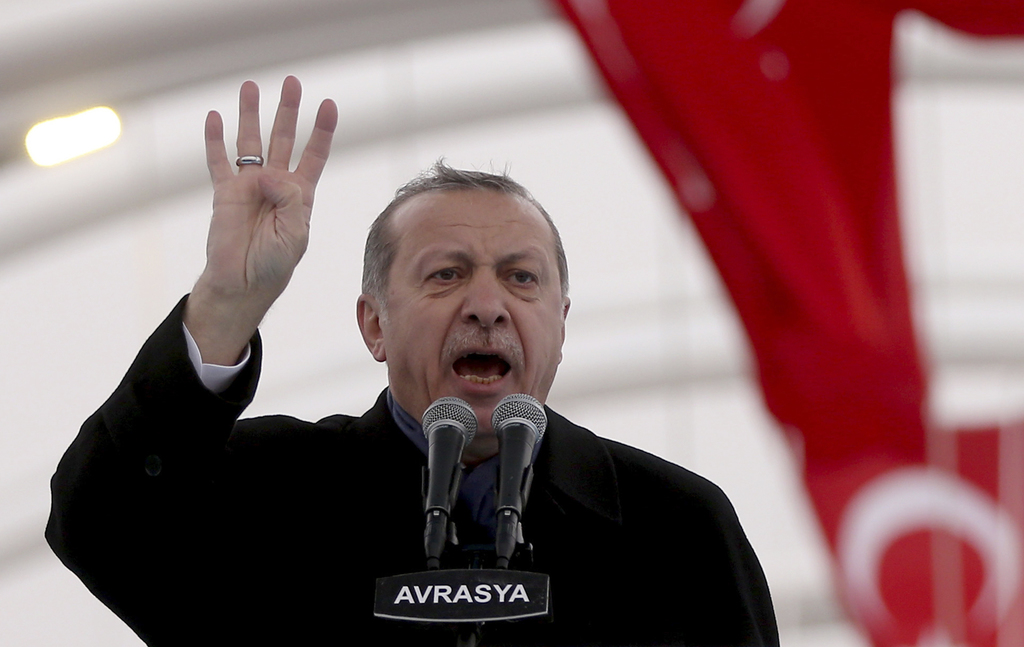 The assassination of Russia's ambassador to Turkey could actually bring the two regional powers closer together, with Russia reaping political benefits by arguing that it has paid a high price for fighting terrorism as Turkey, embarrassed by its security breaches, increasingly coordinates with Russia in neighboring Syria.

The two nations were already trying to resolve their differences over the war in Syria since Turkey shot down a Russian military jet along the Syrian border last year.

The measured reactions of their leaders to the killing Monday night of Ambassador Andrei Karlov by a Turkish policeman in Ankara shows they want to stay on the path toward reconciliation. High-level officials from Russia and Turkey, as well as Iran, went ahead with a previously scheduled meeting Tuesday in Moscow on the Syrian crisis.

The prospect of closer ties between Russian President Vladimir Putin and Turkish President Recep Tayyip Erdogan could have implications for the West, which has had contentious relations with both leaders and is also trying to engineer a solution to the Syrian war and the millions of refugees it has created.

Still, Turkey, a NATO member and an ally in the U.S.-led war on the Islamic State group operating in Iraq and Syria, has historical links to the West that won't erode anytime soon.

"There are more structural reasons out there that pin Turkey to the West, and they are not very easy to change despite what might be going on deep in the hearts of Turkey's rulers," said Ahmet Kasim Han, an associate professor of international relations at Kadir Has University in Istanbul.

While both Russia and Turkey are militarily involved in Syria, Russia is the senior partner in any deal-making in a conflict that has sent several million refugees across the border into Turkey, straining its resources and economy.

Russian bombardments of rebel-held areas, including parts of Aleppo, have helped tilt the war in Syrian President Bashar Assad's favor. Turkey, meanwhile, has largely dropped its vociferous demands that Assad step down. It now appears more focused on a perceived threat from Syrian Kurds linked to Kurdish militants inside Turkey.

Russia could now appeal for international solidarity, saying Karlov's death demonstrates the threat that many countries, not just Russia, face from alleged Islamic militants. Mevlut Mert Altintas, the 22-year-old policeman who shot the ambassador, shouted "God is great" in Arabic and slogans about Aleppo in apparent criticism of Russia before police killed him, although investigators have yet to comment on his motive.

Analyst Dimitar Bechev said Russia could now have additional leverage and extract concessions from Turkey, including on Syrian issues, following the ambassador's death.

"No doubt, in public, Russia will second whatever explanation the Turks produce to account for the attack. In private, however, there will be a price tag," Bechev wrote on a blog run by the London School of Economics and Political Science.

"Moscow has the higher ground and will undoubtedly milk the opportunity to the best of its abilities," he wrote.

The current revival of Russia-Turkey ties comes as Ankara's ties with the United States and its NATO allies have been strained over Washington's support for the Kurds in Syria and Iraq and frictions with the European Union over a migration deal. Ankara also has blasted the U.S. and the EU for what it saw as insufficient support after a failed coup attempt in July that was blamed on an Islamist cleric living in the United States.

For Russia, the rapprochement with Turkey offers a chance to negotiate a solution to the Syrian crisis that would allow it to expand its regional influence. Increasingly warm ties with Ankara will also strengthen Russia's ability to counter Western efforts to politically isolate Moscow over its actions in Ukraine.

Turkey, in turn, has at least some clout on humanitarian issues in Syria, as shown in its role in an Ankara- and Moscow-brokered deal for the evacuation of Syrian rebels and civilians from an Aleppo enclave.

Russian officials say other powers want to derail the Russia-Turkey rapprochement, an apparent slap at the U.S. and some of its allies.

"Those who were behind the killing of the Russian ambassador were trying to reverse the improvement in Russia-Turkey ties that has allowed our nations to start discussing the Syrian settlement," said lawmaker Alexei Pushkov of the upper house of the Russian parliament.

The killing of Karlov was likely to raise questions about weaknesses in Turkey's security apparatus and highlight its vulnerability to attacks by Kurdish militants, Islamic State extremists and others. Some Russian officials have complained that Turkey had not provided adequate protection for Karlov.

"Turkey will have to go the extra mile in accommodating Russia — most likely in Syria but potentially on other issues as well," Bechev wrote.

Torchia reported from Johannesburg. He was The Associated Press' bureau chief in Turkey from 2007-13, and has since reported on Turkey.