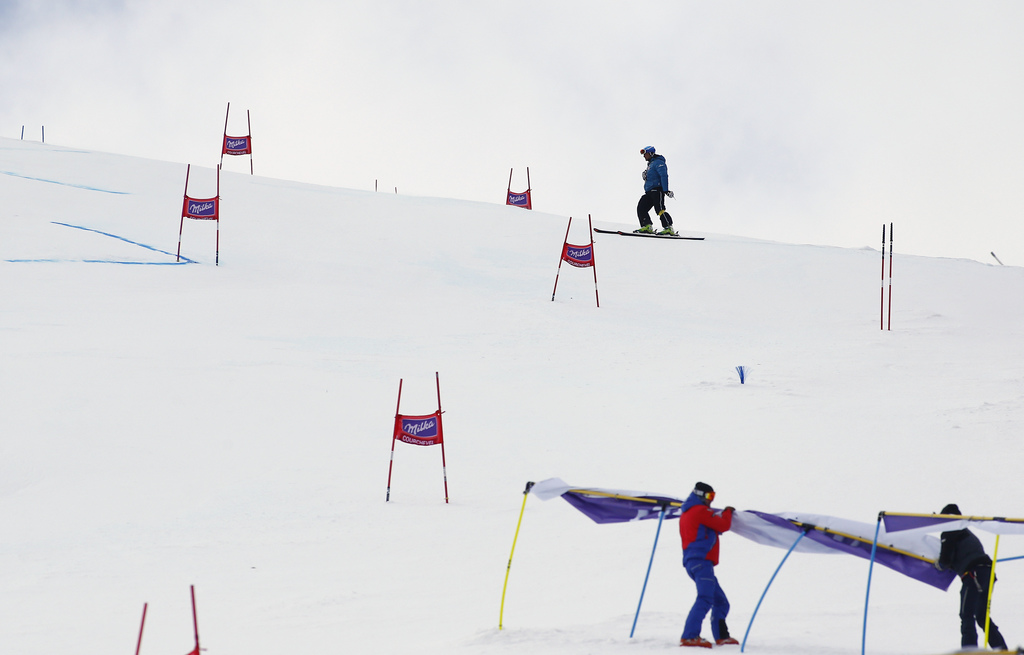 COURCHEVEL, France (AP) — A women's World Cup giant slalom was canceled Tuesday because of strong winds after the first run had been aborted and then rescheduled.

The first run was stopped after 19 racers had gone down the course. But a few minutes before the rescheduled run had been set to start, the International Ski Federation called it off.

A new date has not yet been scheduled.

The initial decision to restart the race — despite increasingly heavy winds at the French Alpine resort — did not please defending overall World Cup champion Lara Gut.

"Dear @fisalpine ... we love to race but we are not windsurfers and we don't have wings," Gut wrote on Twitter.

Of the skiers who did manage to set off in the morning, Sofia Goggia had posted the leading time ahead of Italy teammate Federica Brignone. Gut was fifth fastest and Mikaela Shiffrin was 10th.

Goggia finished third in both the Alpine combined and downhill in Val d'Isere, while Gut won the super-G on Sunday.