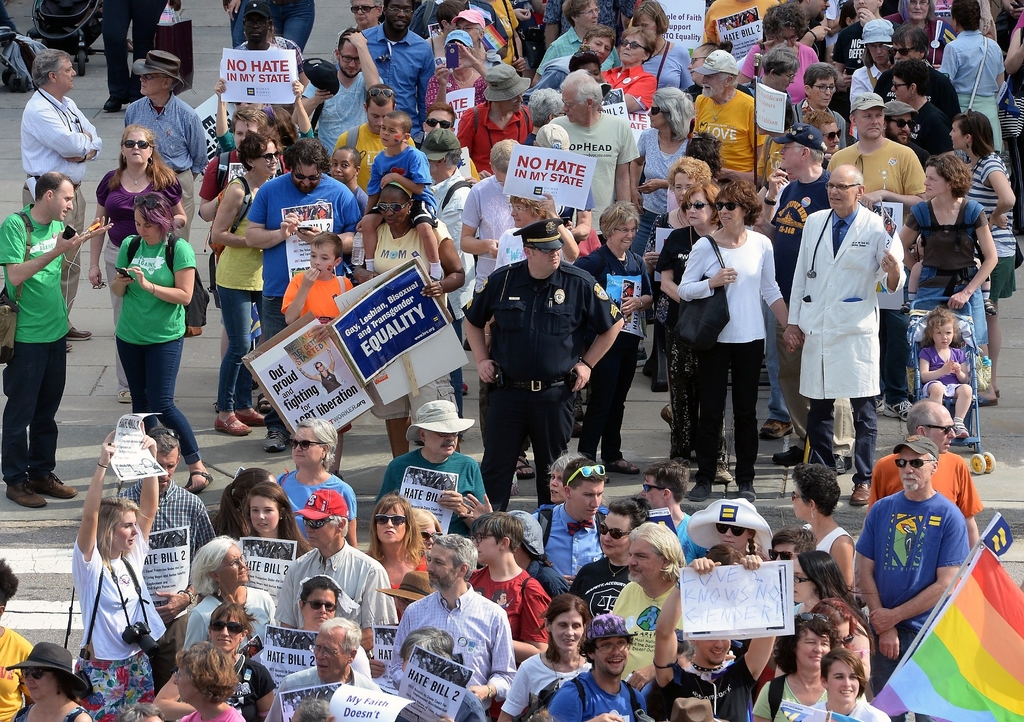 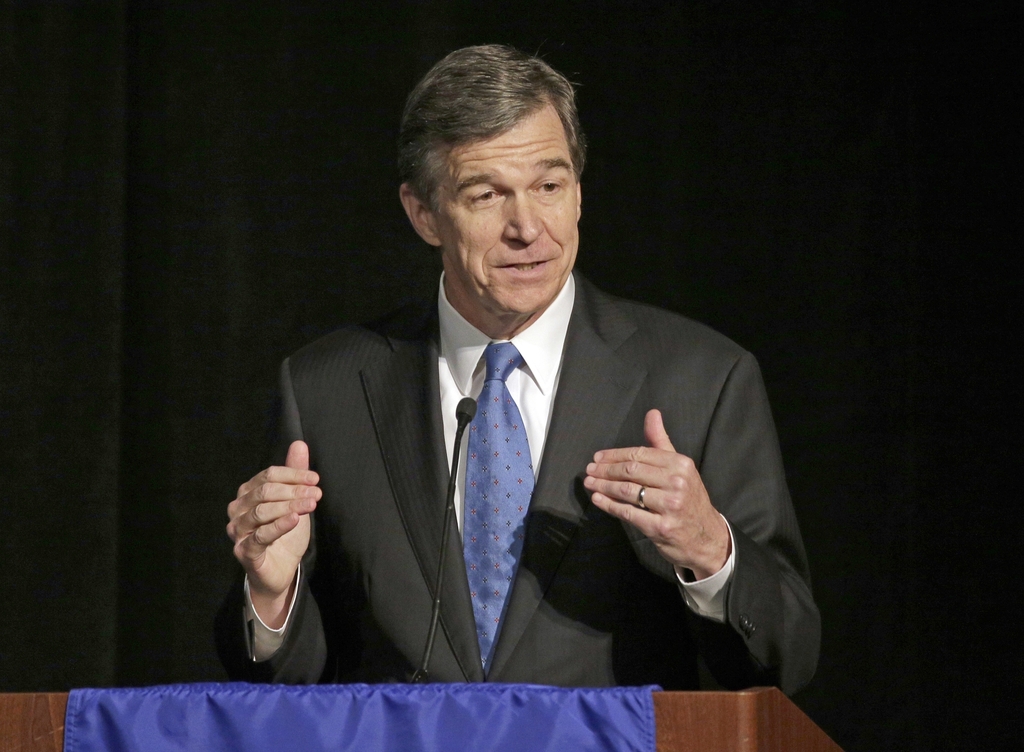 CHARLOTTE, N.C. (AP) — Charlotte City Councilwoman Claire Green Fallon planned on a quick breakfast with legislative leaders before heading off to a doctor's appointment. Then the mayor told her to stay; it was important.

And just like that, in about an hour, the council voted Monday to undo a local nondiscrimination ordinance, taking the first step in what appears to be a complete repeal of the state's HB2. That law has been widely derided as the "bathroom bill" because it requires transgender people to use restrooms corresponding with the sex on their birth certificate in many public buildings.

The repeal would be a remarkable sign of cooperation for Democratic Gov.-elect Roy Cooper and the GOP-controlled legislature. Just last week, lawmakers called a special session and stripped Cooper of some of his authority when he takes office next month.

Fallon said that when she walked into the breakfast, she had no idea the incoming governor and Republican leaders had struck a deal — apparently over the weekend — to dump the contentious law, which cost the state hundreds of jobs, several high-profile sports events and perhaps Gov. Pat McCrory a second term.

McCrory said later Monday that he would call legislators back to the Capitol on Wednesday to repeal HB2, which also excludes sexual orientation and gender identity from antidiscrimination protections. In addition, the measure reaffirms that local governments can't require area businesses to pay a minimum wage higher than North Carolina's statewide minimum, currently set at $7.25 per hour.

Although Fallon said she was unaware of what was happening at breakfast, Charlotte City Council member Julie Eiselt said some council members received a call from Cooper on Sunday night that there would be a special session to repeal HB2.

Eiselt said the move by the council was a leap of faith but council members felt that, because Cooper was comfortable, they would proceed with the vote. She said she thinks there are enough lawmakers in Raleigh who don't want to see "the continued wreckage that's happening in our state."

The council's move is contingent on North Carolina fully repealing HB2 by Dec. 31.

Republicans had said the Charlotte ordinance — which ensured transgender people the right to use restrooms corresponding to their gender identity — had to go first before they would consider getting rid of HB2.

Supporters of HB2 were quick to criticize the likelihood that lawmakers would vote for its repeal.

"We're sending the message to our supporters that lawmakers should not now betray people who supported them and compromise common-sense principles like privacy, dignity and freedom from our citizens," said Tami Fitzgerald, executive director of the North Carolina Values Coalition. Repeal also would break faith with social conservatives just weeks after they knocked on thousands of doors to back McCrory's re-election effort, Fitzgerald said.

The legislative affiliate of the Family Research Council sent out a statement asking supporters to call McCrory and ask him not to call the special session and "stand up to out-of-state bullies."

The NCAA, which pulled seven championships out of North Carolina because of HB2, welcomed the news.

"We are encouraged by the current discussions in North Carolina and remain committed to hosting future NCAA championships to ensure they promote an inclusive atmosphere for college athletes, coaches, administrators and fans," the organization said in a statement, adding that the relocated championships for 2016-17 will remain in their new cities.

And LGBT advocates held out hope that the General Assembly would follow through, although they also said protection from discrimination transcends politics.

"LGBT rights aren't a bargaining chip. Charlotte shouldn't have had to repeal its ordinance in exchange for HB2 to be repealed," Simone Bell, the Southern Regional Director for Lambda Legal, said in a statement. "LGBT people in North Carolina still need protection from discrimination."

In March, a full repeal of the law appeared highly unlikely. At the time, Republican legislative leaders didn't address McCrory's request to restore the right to sue in state court for employment discrimination, which was one of the bill's original tenets. But they praised him for reaffirming bathroom provisions in the law. It was in September that McCrory and GOP legislative leaders offered a deal to Charlotte saying they would consider rescinding HB2 if city leaders repealed the ordinance.

Charlotte Mayor Jennifer Roberts basically told McCrory and the lawmakers they would have to move first.