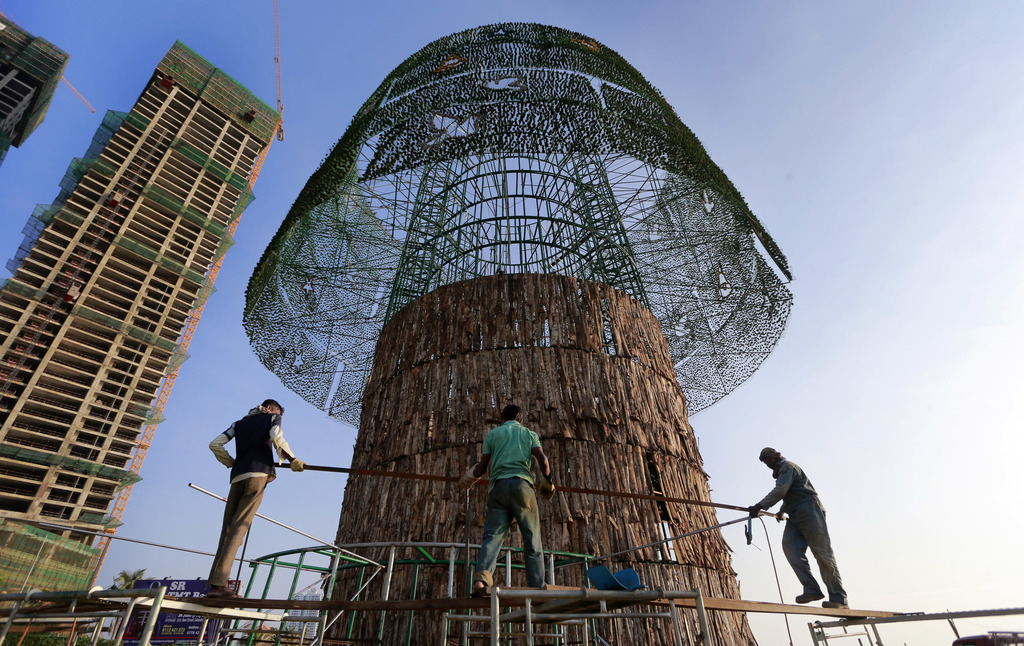 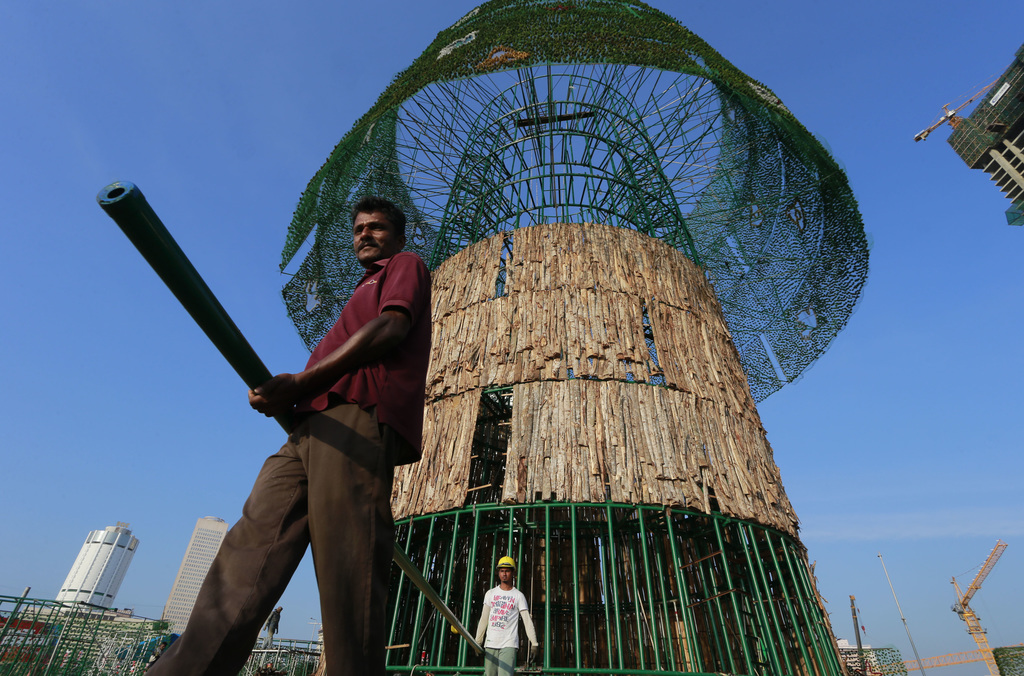 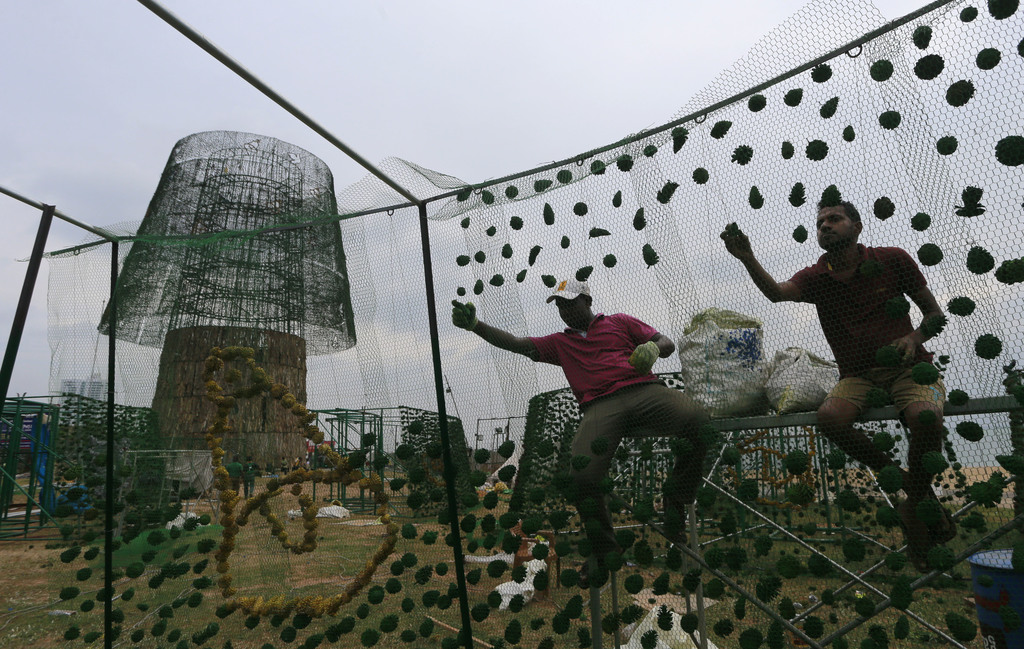 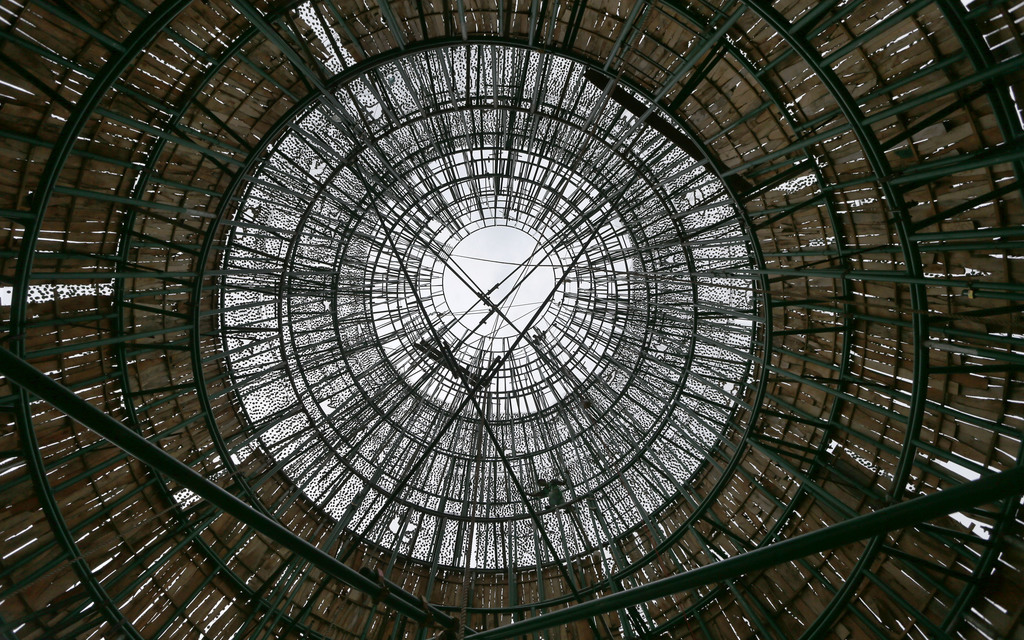 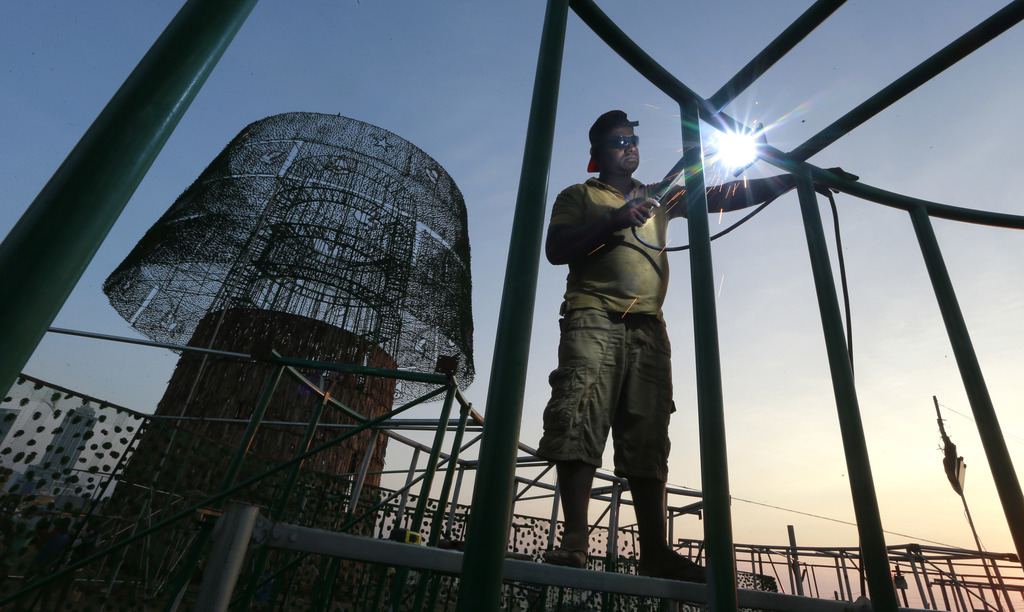 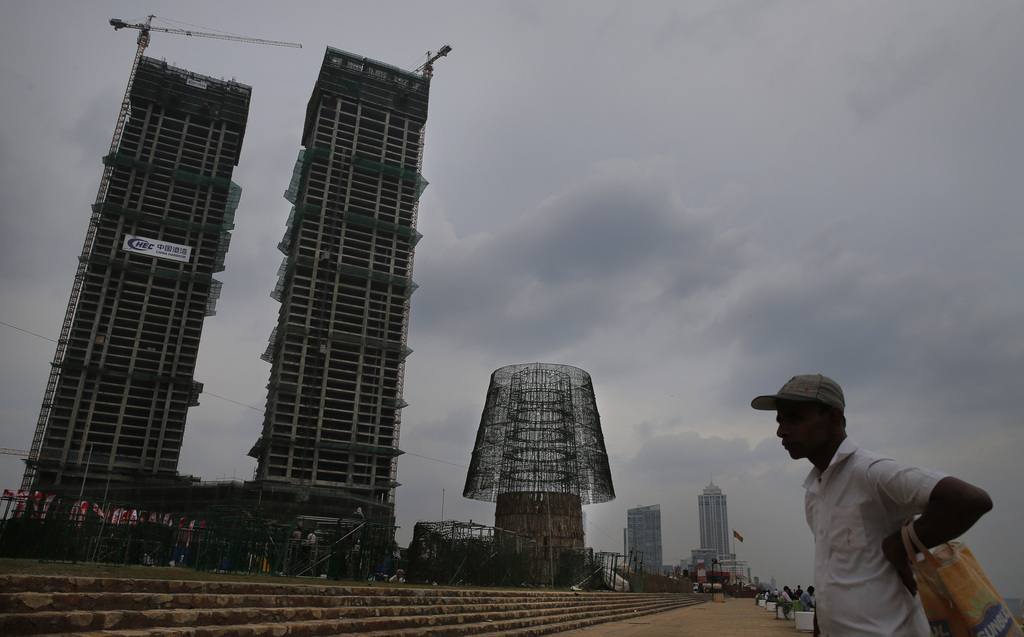 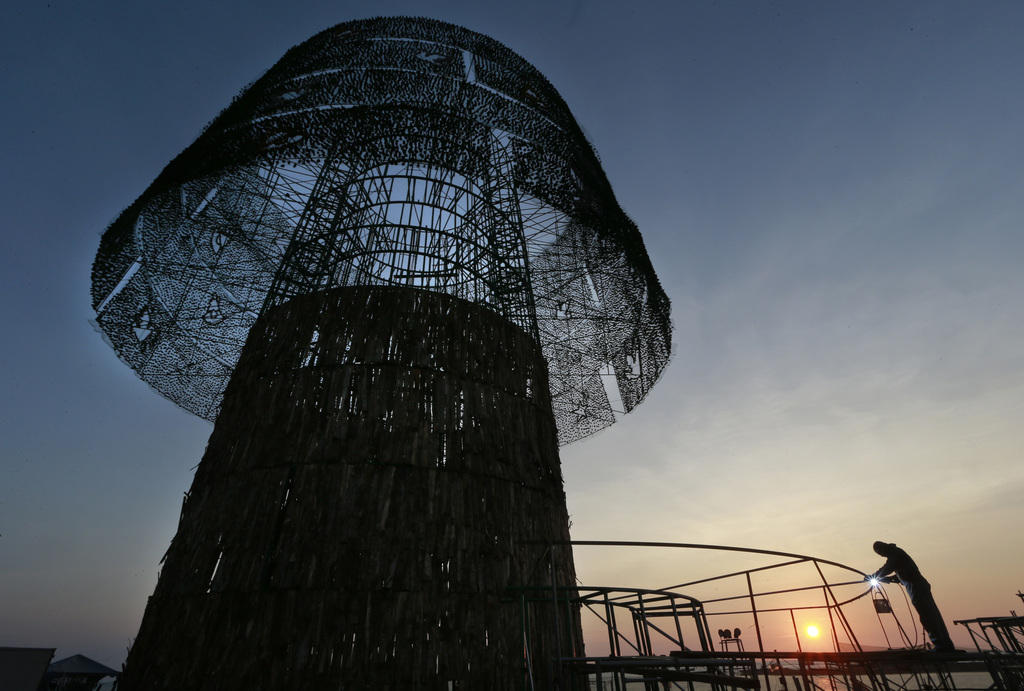 COLOMBO, Sri Lanka (AP) — The goal has been to erect the world's tallest artificial Christmas tree, but Sri Lankan organizers now say they'll be lucky to get the tree up in time for the holiday.

Hundreds of port workers and volunteers were scrambling Tuesday to build the enormous tree on a popular beachside promenade in Colombo, Sri Lanka's capital. Once assembled, the steel-and-wire frame should stand 98 meters (320 feet) high — more than 40 meters (131 feet) taller than the current record-holder.

Organizers said they wanted the tree to help promote ethnic and religious harmony in the Buddhist-majority South Asian island nation.

"This is just to show the world that we can live as one country, one nation," said the former cricket player Arjuna Ranatunga, now Sri Lanka's minister of ports and shipping. Sri Lanka has "issues regarding religion, caste and race," he said.

In recent years, Sri Lanka's reputation as an inclusive multicultural country has suffered amid complaints by minority Christian and Muslim communities of state-sponsored discrimination, as well as allegations of widespread abuses against minority ethnic Tamils both during and after the country's civil war against Tamil rebels, which ended in 2009.

Since taking power in January 2015, President Maithripala Sirisena and his government have ushered in an era of transparency and postwar reconciliation, but have yet to make good on many of their promises, including discovering the fate of thousands of people who disappeared during the war or investigating alleged wartime abuses by the military.

"The new government has taken steps to control most of the things," Ranatunga said, describing the Christmas tree as "one small gesture that we can show the world that we can live in harmony."

Some non-Christian residents of Colombo — where Christmas lights and Santa Claus imagery overtake shopping malls during the holiday season — were delighted by the enormity of the tree challenge.

"It's like a once-in-a-lifetime opportunity to see such a thing being erected with your own eyes," store clerk Charith Nissanka, 38, said as he walked by the construction site, strewn with steel pipes and thousands of meters (yards) of netting, onto which the ornaments will be attached. Eventually, there will be more than 1 million natural pine cones attached to the tree, topped by a 6-meter-high (20-foot-high) shining star.

Ultimately, Sri Lanka hopes the Christmas tree will be declared the world's tallest artificial one, and efforts are being made to gather evidence to send to Guinness World Records, said the project's chief organizer, Mangala Gunasekara.

Currently, the record is held by a Chinese firm that put up a 55-meter-high (180-foot-high) tree-like tower of lights and synthetic foliage, ornaments and lamps in the city of Guangzhou last year.

The world's tallest real Christmas tree ever is listed as a 67-meter-high (221-foot-high) Douglas fir erected in 1950 at Northgate Shopping Center in Seattle. By comparison, this year's Christmas tree in New York City's Rockefeller Center is a Norway spruce that stands about 29 meters (94 feet) tall and is about 90 years old.

Not everyone in Sri Lanka thought the tree was a good idea, though.

Four months after construction began in August, Cardinal Malcolm Ranjith — representing the island nation's 1.5 million Catholics — lambasted the $80,000 project as a waste of money. Prime Minister Ranil Wickremesinghe responded to the criticism by saying the tree was not being built with public money, but with donations from individuals and private firms.

But workers missed initial deadlines set for Dec. 15, and then another on Tuesday. Organizers now say they're planning to have the tree up by Christmas Eve on Saturday night. The tree would then stay up until Jan. 6.