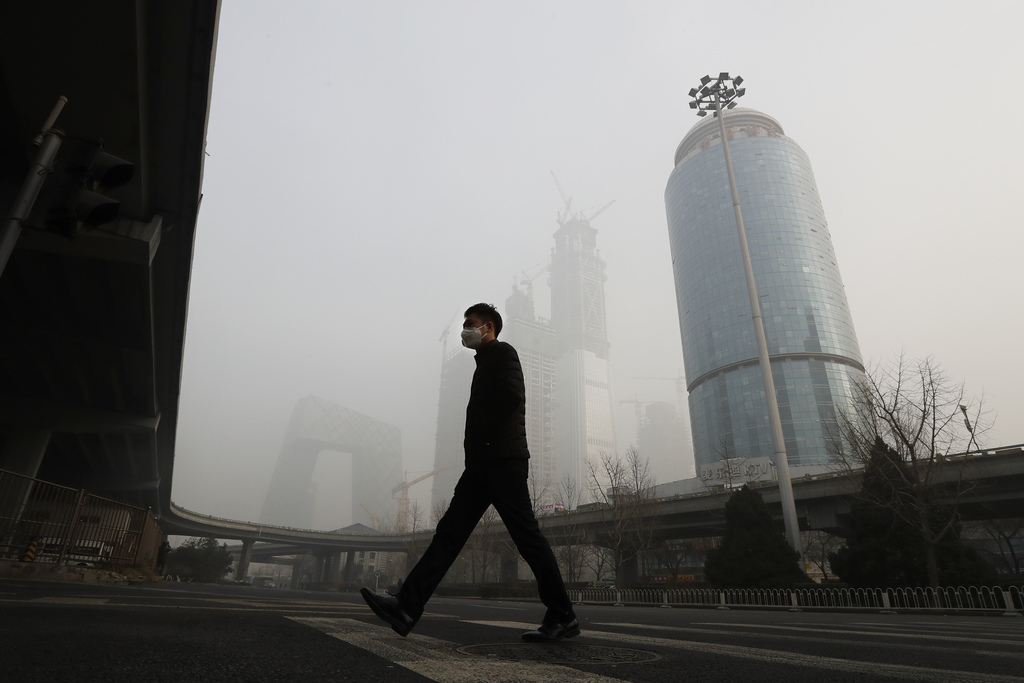 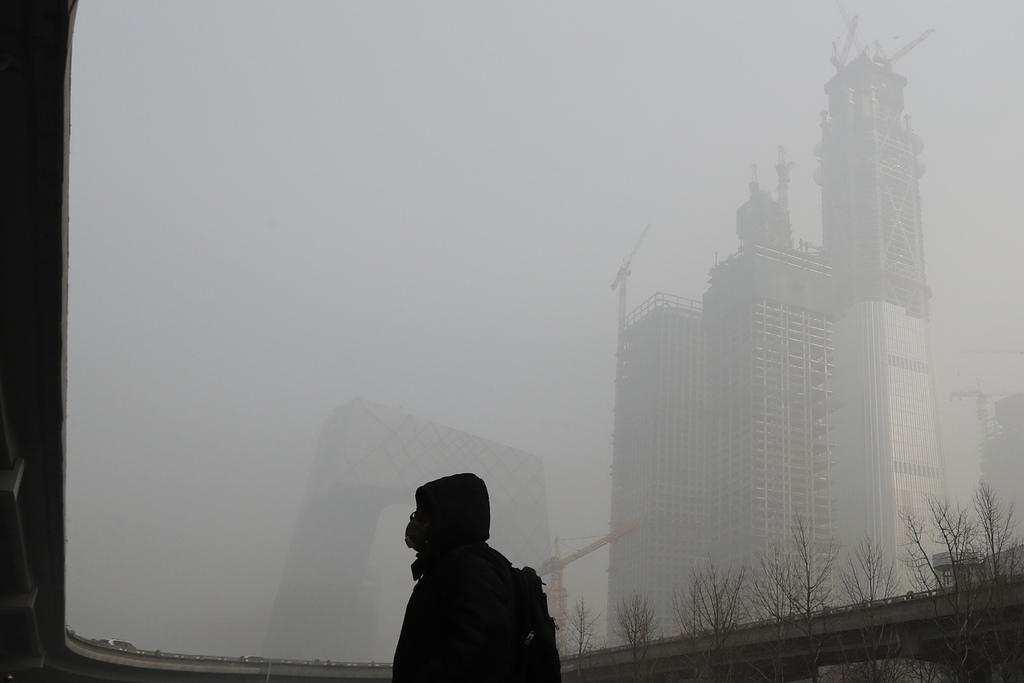 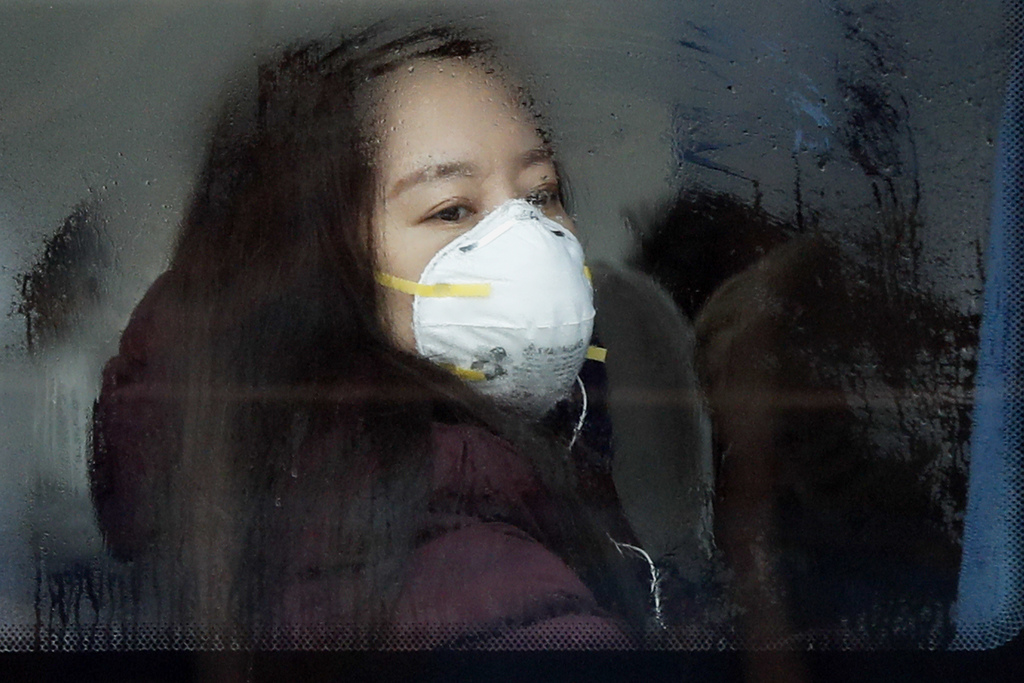 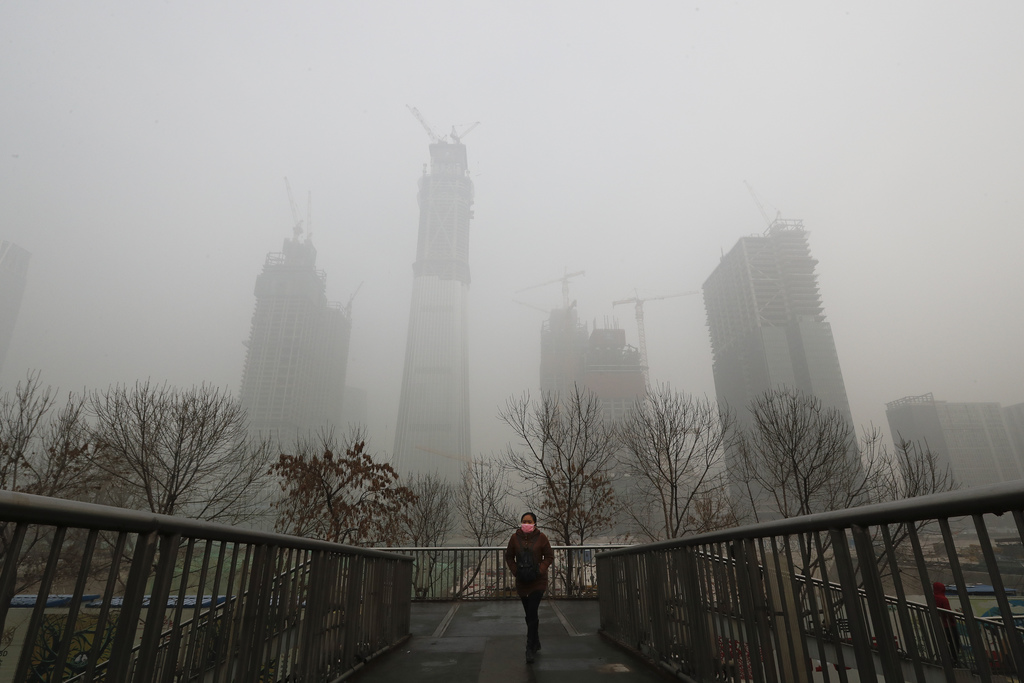 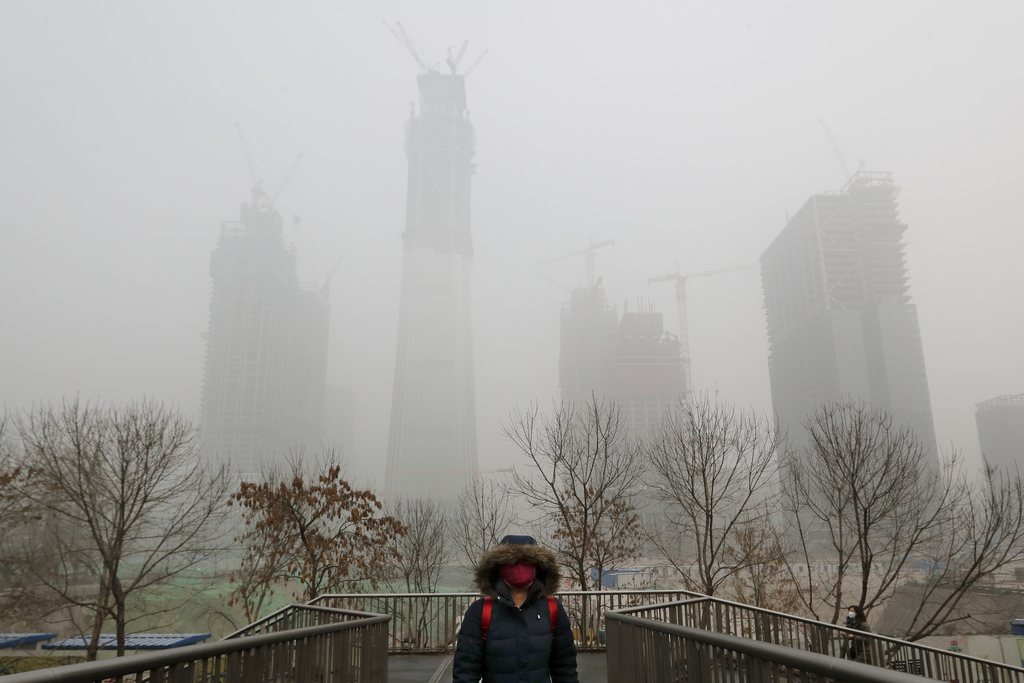 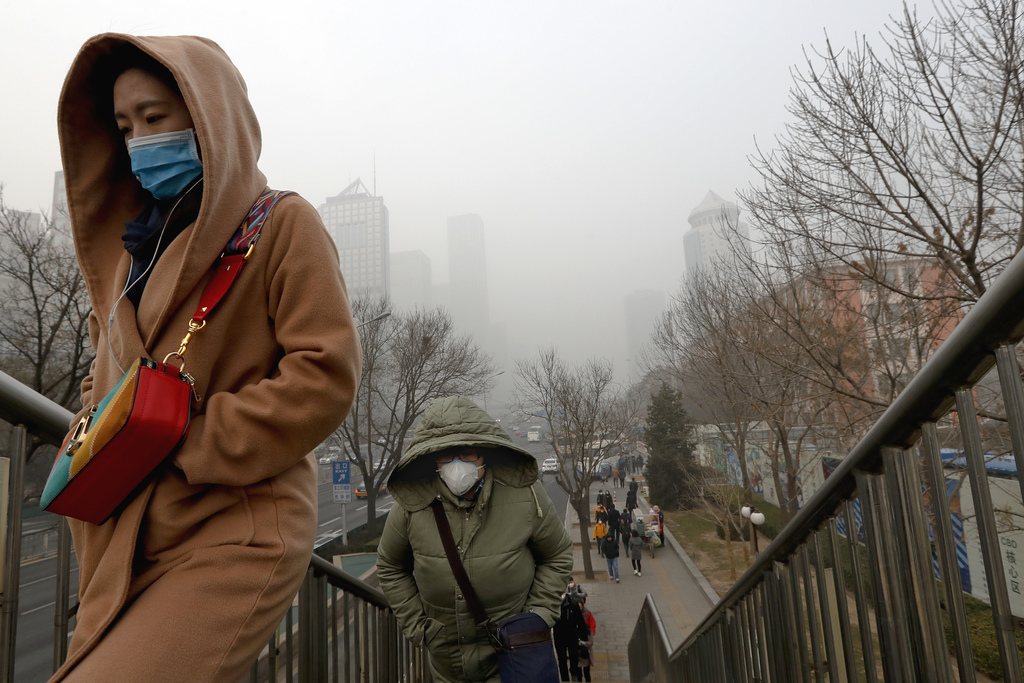 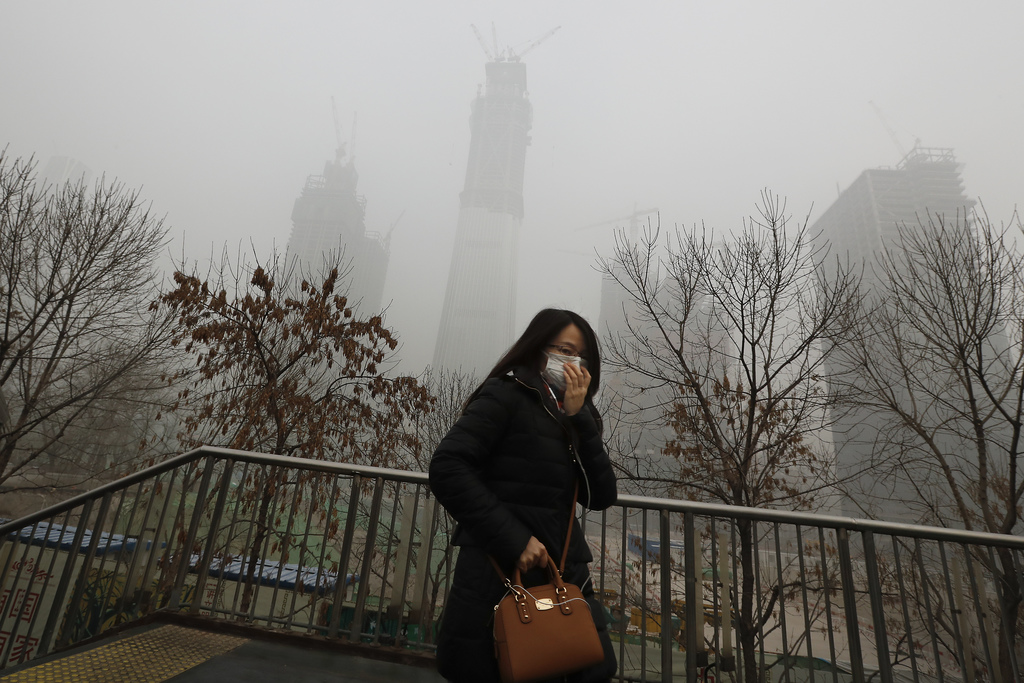 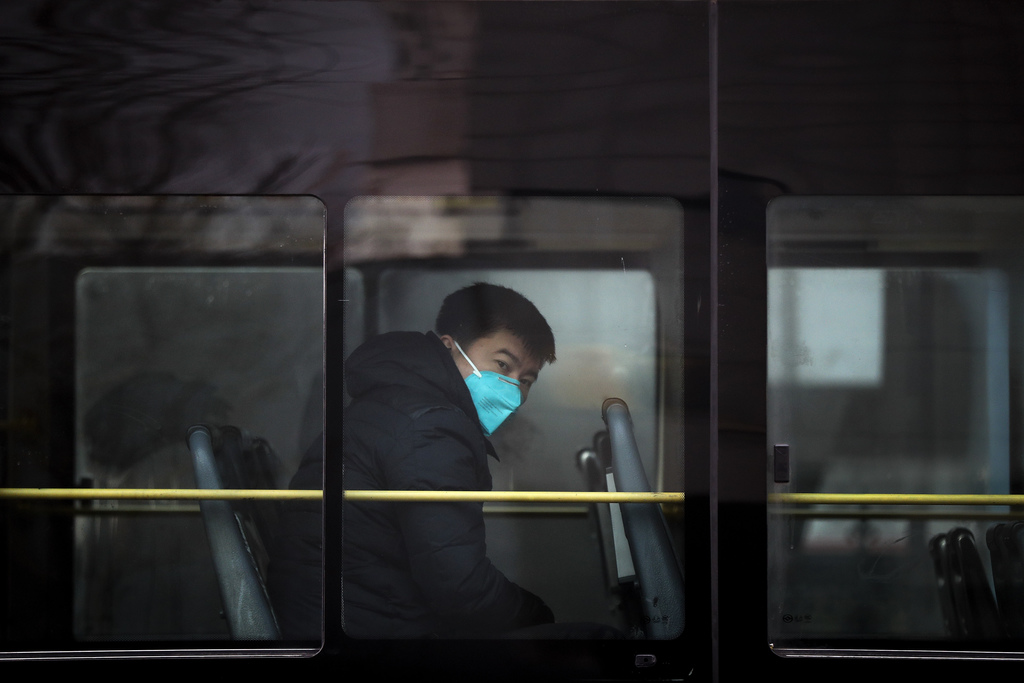 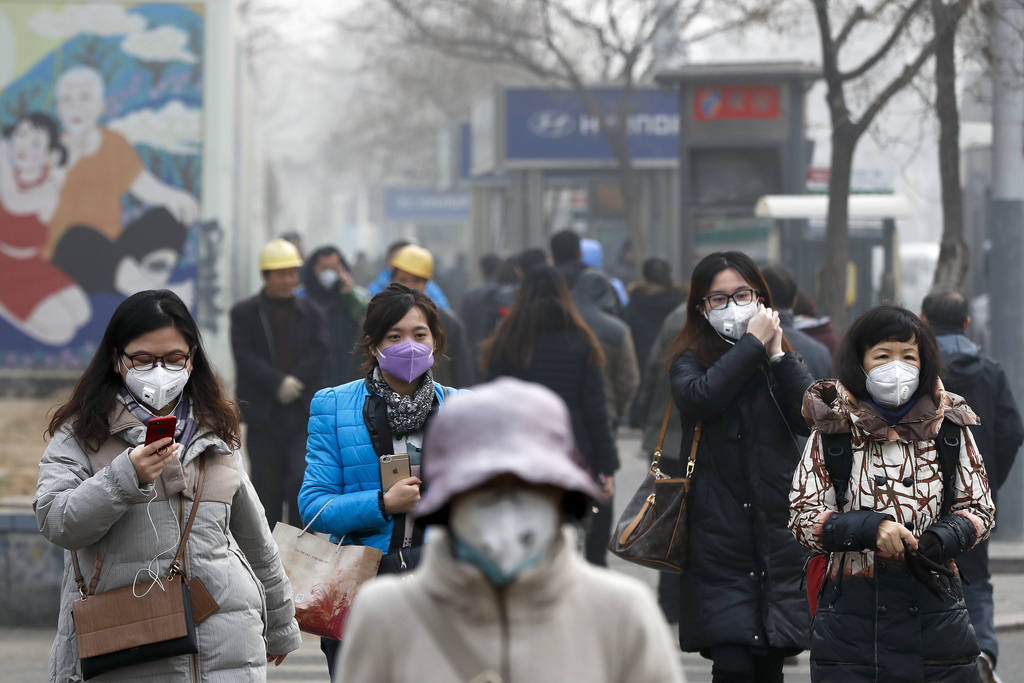 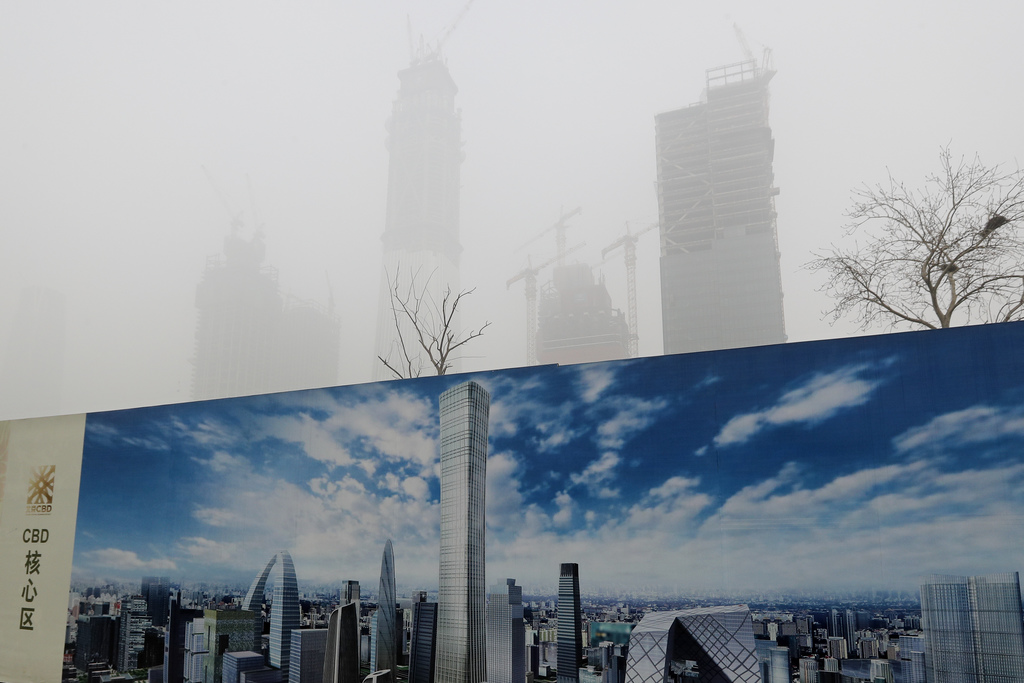 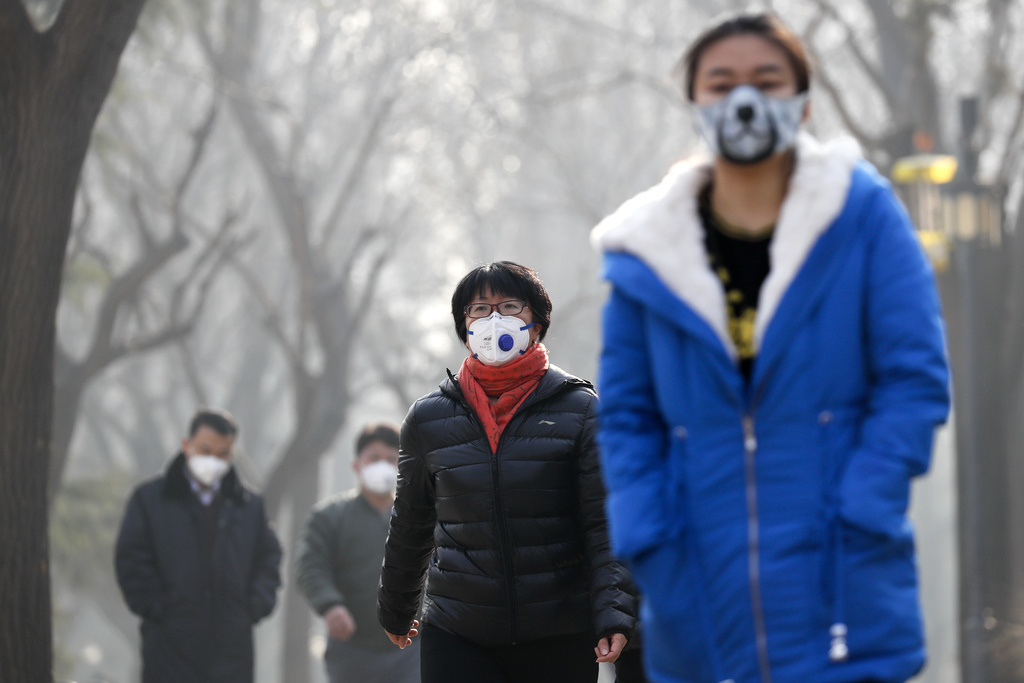 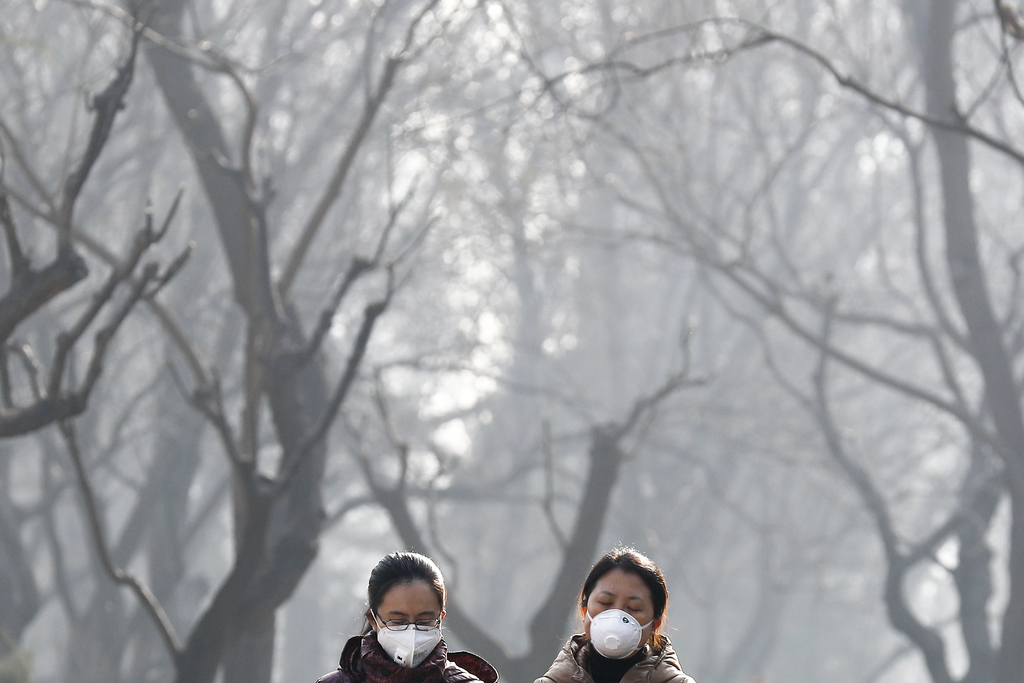 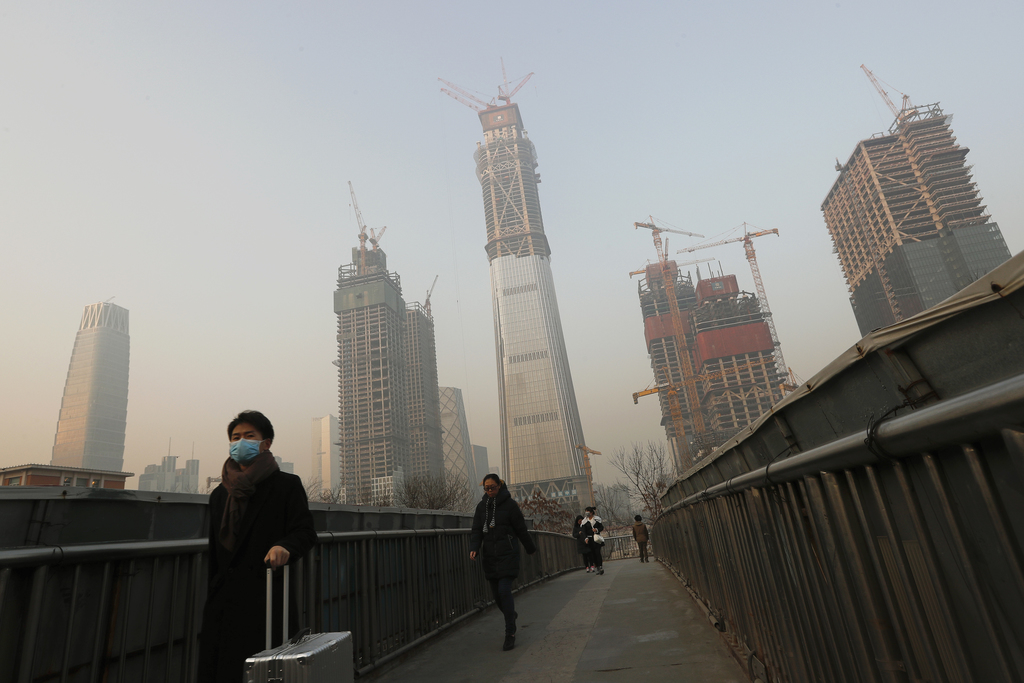 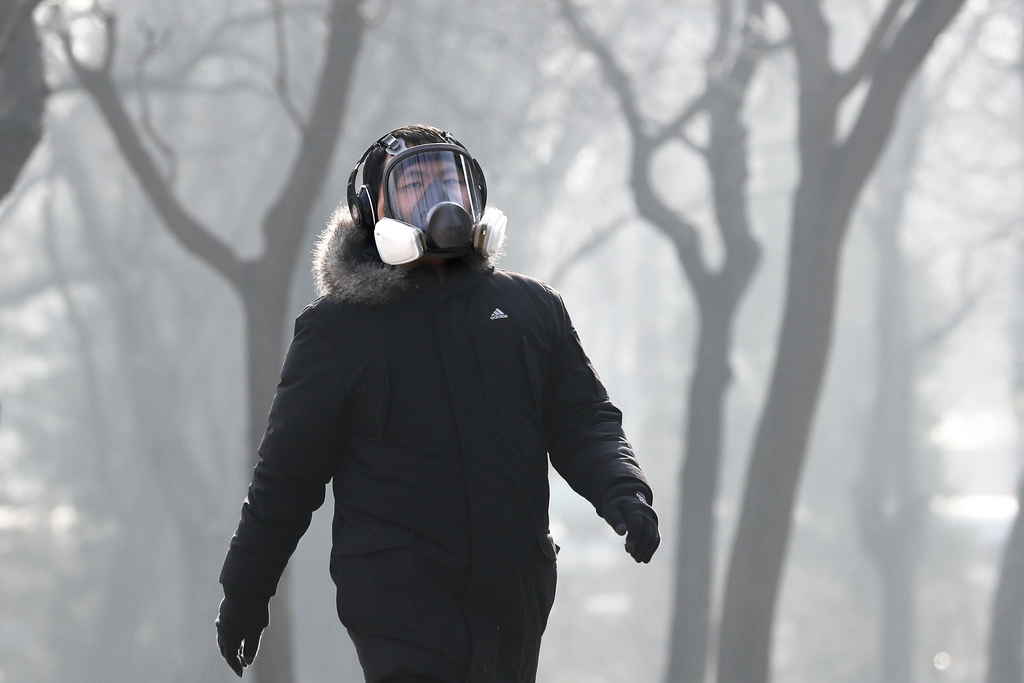 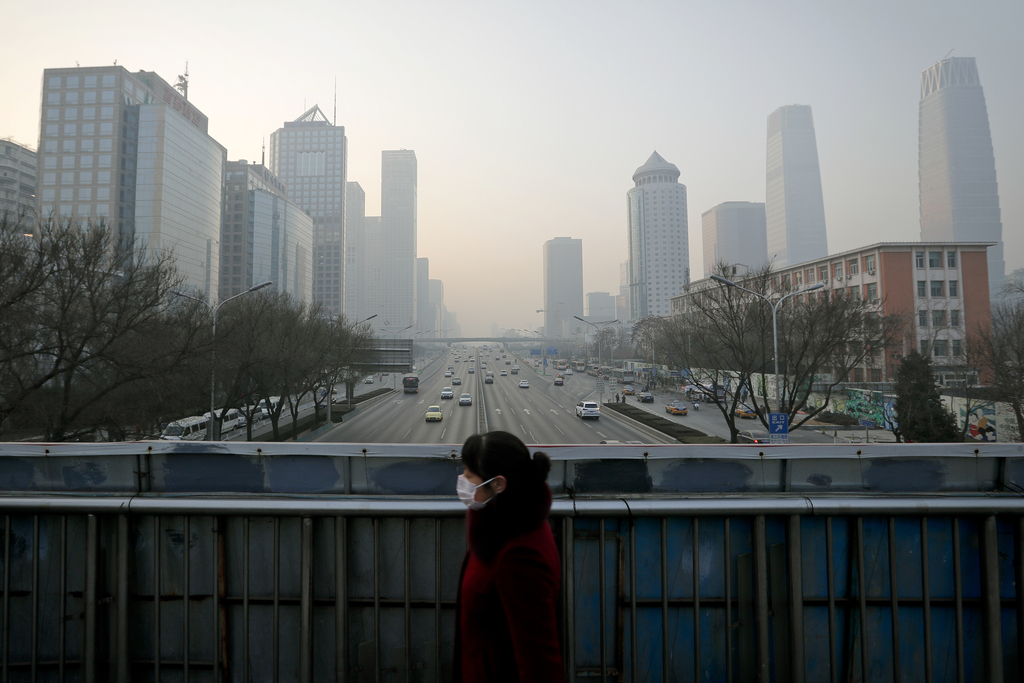 BEIJING (AP) — Thick, gray smog fell over Beijing on Tuesday, choking China's capital in a haze that spurred authorities to cancel flights and close some highways in emergency measures to cut down on air pollution.

Beijing and much of industrial northern China are in the midst of a "red alert," the highest level in China's four-tiered pollution warning system. The red alert affected 460 million people, according to Greenpeace East Asia, which calculated that about 200 million people were living in areas that had experienced levels of air pollution more than 10 times above the guideline set by the World Health Organization.

Members of the public closely watch levels of PM2.5, particles measuring 2.5 microns across that are easily inhaled and damage lung tissue. The World Health Organization designates the safe level for the tiny, poisonous particles at 25 micrograms per cubic meter. On Tuesday morning, the PM2.5 reading in Beijing climbed above 300. In many northern Chinese cities, the reading has exceeded 500 micrograms per cubic meter.

State media reported that 169 flights have been canceled at Beijing Capital International Airport, where visibility fell at one point to 300 meters (984 feet). Sections of Beijing's sixth ring road, the outermost highway encircling the city of more than 20 million people, were shut down in a bid to keep cars off the roads.

Authorities have even removed charcoal grills from restaurants and banned spray painting in parts of the city, state media reported.

Adding to a sense of crisis, local news in recent days reported that hospitals were encountering a boom in cases of children with respiratory problems and preparing teams of doctors to handle the surge of pollution-related cases. Photos showed waiting rooms crowded with parents carrying youngsters wearing face masks.

Outside the Capital Pediatrics Institute on Tuesday, parents voiced frustration about the toxic air for throat infections and the flu.

"He is coughing and breathing short, and always feeling sputum in his throat," said Du Renxin, an IT worker, with his two-year-old, who has had to make monthly visits to the doctor.

China has long faced some of the worst air pollution in the world, blamed on its reliance of coal for energy and factory production, as well as a surplus of older, less efficient cars on its roads. Beijing and other cities have tried to improve air quality by switching power plants from coal to natural gas and rolling out fleets of electric buses and taxis.

But despite its public commitment to reduce carbon emissions, China remains the world's largest producer and consumer of coal, with plans to build new factories and increase production. Government officials, facing rising energy prices earlier this year, lifted caps on production days for many mines.

Since the red alert went into effect, more than 700 companies stopped production in Beijing and traffic police were restricting drivers by monitoring their license plate numbers. Dozens of cities closed schools and took other emergency measures.

"The smog has serious repercussions on the lungs and the respiratory system, and it also influences the health of future generations, so under a red alert, it is safer to stay at home rather than go to school," said Li Jingren, a 15-year-old high school student in Beijing, on Monday.

In nearby Tianjin, authorities canceled 350 flights and closed all highways in the municipality. Public transportation services were increased as restrictions on cars were imposed.

Authorities in the northern province of Hebei surrounding Beijing ordered coal and cement plants to temporarily shut down or reduce production.

The alert is expected to end Wednesday.