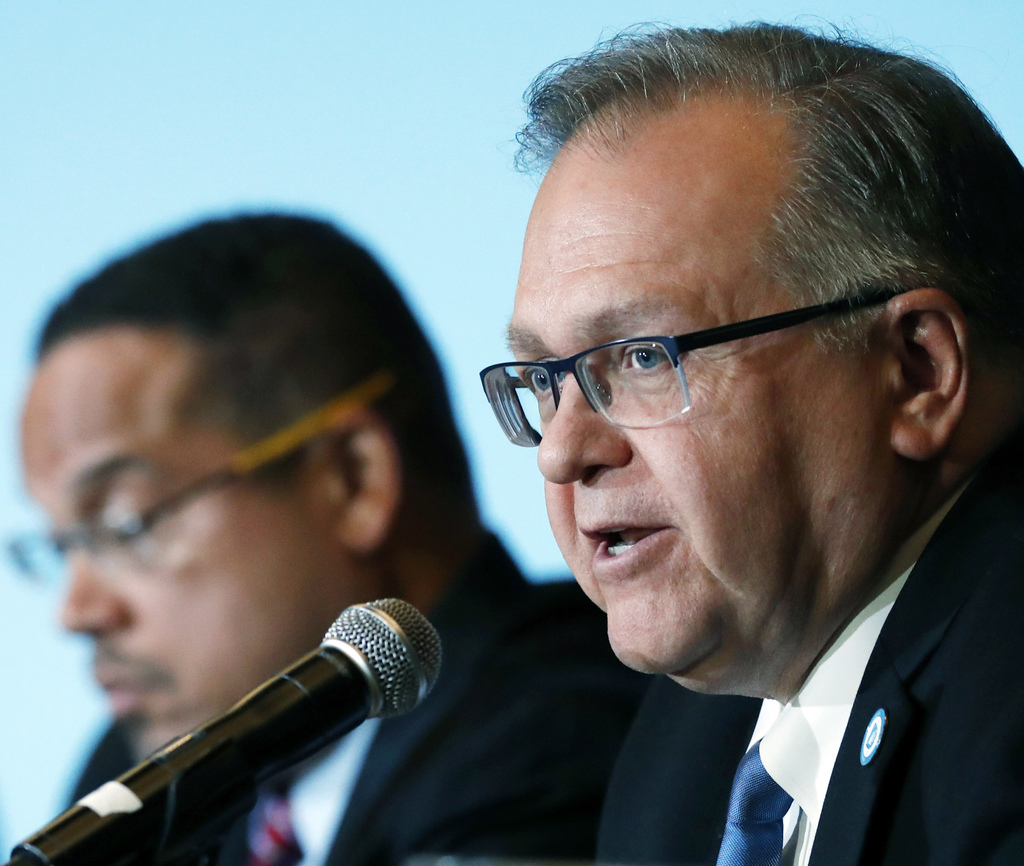 CONCORD, N.H. (AP) — New Hampshire Democrats weren't accustomed to success or power when Ray Buckley was first elected to the Legislature in 1986.

But by the time he was elected chairman of the New Hampshire Democratic Party in 2007, he had successfully led Democrats' efforts to retake the state Senate in 2006 for just the second time in decades. His party also won the House and the governorship. He has been party chairman since, helping turn New Hampshire from reliably Republican to a place where Democrats have withstood national GOP waves.

"For a long time, it was known as a political graveyard for Democrats," said Paul Hodes, a Democratic former congressman from New Hampshire. "Ray has had a lot to do with turning that around."

Buckley promises to build up state parties, which he says have been forgotten by a DNC too focused on Washington. If elected, he would be the first openly gay person to serve as chair of a national party.

Buckley said he has never forgotten the 2000 election, when Democrat Al Gore lost the state to Republican George W. Bush. Winning New Hampshire would have handed Gore the presidency. A Republican presidential candidate hasn't won the state since.

"That's what drives me to make sure that New Hampshire never again goes Republican," he said in a recent interview.

Buckley, 57, was introduced to New Hampshire politics at age 8, when he went canvassing with a gubernatorial candidate. He asked his parents to register in different political parties so he could see all the mail. At age 12, he volunteered for Democrat Ed Muskie's 1972 presidential campaign.

Buckley served as a Manchester alderman and won eight terms in the Legislature; worked on a variety of presidential campaigns; and served in state and national party roles before winning the roughly $80,000-a-year job as state chairman.

His bid for the state chairmanship was nearly derailed when state Rep. Steve Vaillancourt, an old roommate, accused him of possessing child pornography. Kelly Ayotte, the state attorney general at the time, who later became one of Buckley's favorite Republican targets, found no evidence to support the allegation.

Around the same time, an old video of Buckley using crude language surfaced online. Some Democrats, including Hodes, backed away from his candidacy. But many others decried the attacks as a smear campaign and rallied around him.

Buckley is known for a highly partisan and combative style that friends say he has learned to control. Critics say his style could serve him well.

"I don't think Ray's partisanship comes with a regulator or an on-off switch," said Fergus Cullen, chairman of the New Hampshire Republican Party in 2007 and 2008.

Not every year was successful. Democrats lost control of the state House in 2010 and have had difficulty winning it back, holding the House only from 2012 to 2014.

Buckley said he believes Democrats elsewhere could be successful if they had the resources.

"The DNC has been entirely too focused on what's going on within the Beltway and not enough in the neighborhoods across the country," Buckley said.