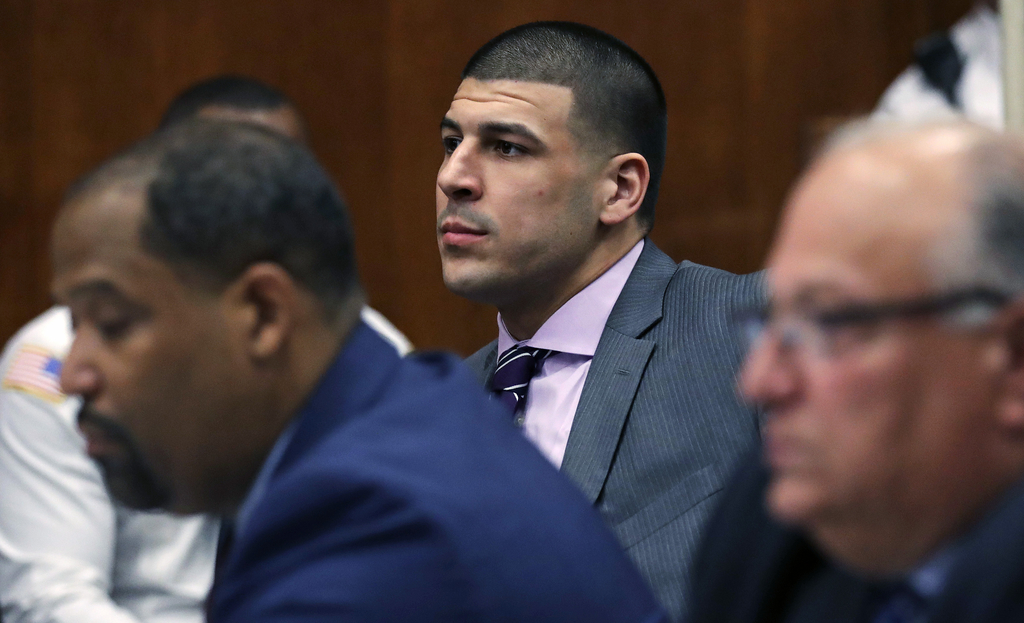 BOSTON (AP) — Former New England Patriots star Aaron Hernandez is due in court as a judge hears arguments on motions filed by his lawyers in his upcoming double murder trial.

Hernandez is charged in the 2012 fatal shootings of two men he encountered at a Boston nightclub.

Prosecutors say Hernandez gunned down the men after one of them bumped into him. The former tight end has pleaded not guilty in the deaths of Safiro Furtado and Daniel de Abreu.

A hearing is scheduled for Tuesday in Suffolk Superior Court. Hernandez's lawyers have asked the judge to bar prosecutors from using the contents of his cellphone.

Hernandez already is serving a life sentence in the 2013 killing of semi-professional football player Odin Lloyd.

His trial in the double slaying is scheduled for February.