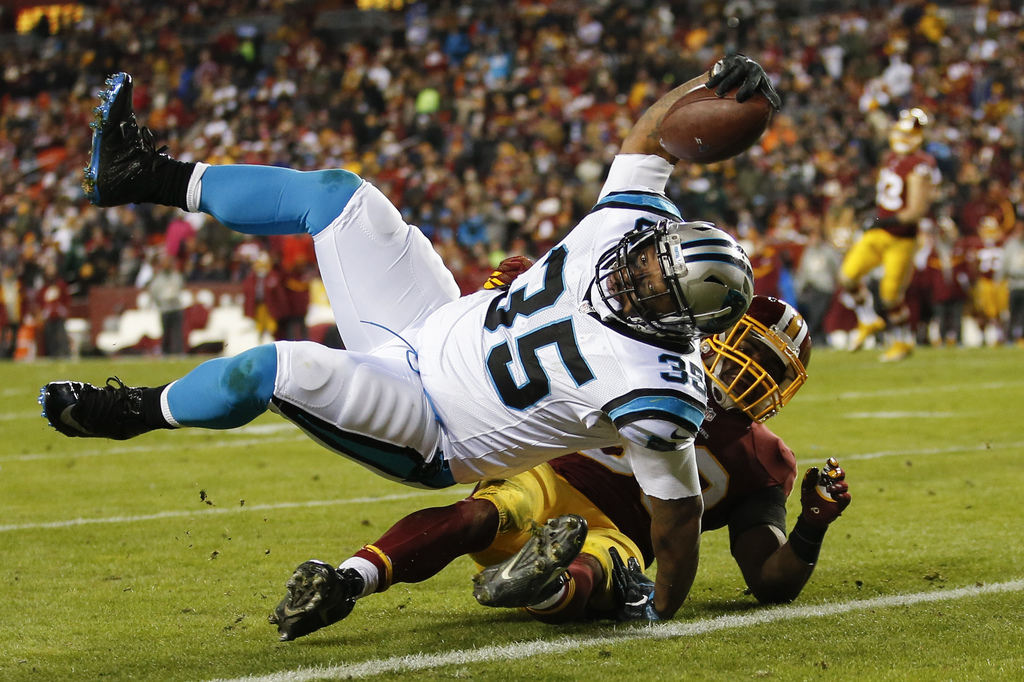 LANDOVER, Md. (AP) — Kirk Cousins threw an interception and fumbled near his goal line as the Washington Redskins coughed up their easiest path to the playoffs with a 26-15 loss to the defending NFC champion Carolina Panthers on Monday night.

Washington (7-6-1) could have clinched a playoff berth by winning its final three games but now needs help. Carolina (6-8) kept its astronomical wild-card hopes alive and dealt a serious blow to the Redskins' chances with two weeks left in the season.

After being picked off by Kurt Coleman in the first half to set up a Carolina field goal, Cousins was sacked by Wes Horton and fumbled on the first snap after halftime as the Panthers took over at the 1-yard line. They scored two plays later to take a 20-9 lead.

Cousins finished 32 of 47 for 316 yards with far too many missed throws in a game with such high stakes.

It was Washington's most lopsided loss since being routed 38-16 by Pittsburgh in the season opener, also on a Monday night.